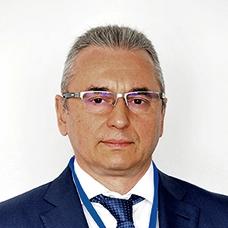 Head of the 4th center for reliability and quality of rocket and space technology and space mission design of FSUE Central Research Institute of Machine Building of the Federal Space Agency.

Professor of the Department of System Analysis of the Aerospace Faculty of MAI.

Head of the Department of Space Flight Mechanics of the Institute of Space Technologies of Peoples’ Friendship University of Russia.

Medals “For excellent service in the armed forces of the USSR” 2 and 3 degrees, “For distinction in military service” 1 degree, other awards of the government of the USSR, Ministry of Defense, Federation of Cosmonautics of Russia.

System analysis and synthesis of complex technical systems, mechanics and control processes, solving control problems using neurotechnology and machine learning, optimization of orbits and orbital structures of satellite systems for various purposes, methods for ensuring the safety of space activities in conditions of space pollution and other risks and restrictions, optimization of space infrastructure based on the concept of servicing spacecraft in orbit, methods for controlling spacecraft in orbit when performing target tasks.