17 May, L.Ogorodova, Deputy Minister of education and science opened the plenary session of the XX workshop of 5-100 project at RUDN, where RUDN team presented its best practices.

17 May, L.Ogorodova, Deputy Minister of education and science opened the plenary session of the XX workshop of 5-100 project at RUDN, where RUDN team presented its best practices.
Vladimir Filippov, RUDN Rector, spoke about risks, challenges and participation opportunities of comprehensive universities in 5-100 project.  RUDN being the most comprehensive university in Russia, has not only classical faculties but Faculty of Ecology, Medical Institute, Agrarian and technological Institute and Engineering Academy. “5-100 project implies choosing some priority directions, but such an international university as RUDN is obliged to realize all the programs on a very high level”, noted V.Filippov, saying that the comprehensive character of the university has huge potential for inter-disciplinary research.
RUDN Rector indicated internationalization as an important factor for enhancing universities’ competitiveness. “Joint educational programs are an important stimulating tool, because students are ready to work hard and study foreign languages, while universities improve their educational programs considering partner’s priorities and world experience”.
Larisa Efremova, Vice-Rector for international academic mobility, told about the stable system of international students’ enrolment in RUDN.
One of the key moments is planning admission campaign considering target audience: entrants, students, graduates and employers. The speaker noted that correct determination of the target audience and its needs is the most important condition for the system’s efficiency in general.
Based on RUDN practice, analysis of target audiences allows determining a list of key countries and organize work with them considering specificity of their legislation and labor market needs, forming justified admission plans and built partner relations with companies, graduates and potential employers. “In each case we clearly understand where we are going and what we are offering in concrete markets of educational services and what result we expect”, stressed L.Efremova.
Another phenomenon is Centers of Russian and pre-university training as well as RUDN specialized classes in different countries of the world. Vice-Rector also said that another important issue is the quality of entrants’ preparation. Among successful projects are RUDN Open Olympiads for foreign students on mathematics, physics, chemistry, biology, Russian and social studies. In 2016, more than 4,000 people from Angola, Armenia, Vietnam, Zambia, India, Jordan, Kazakhstan, Kenia, China, Columbia, Mongolia, Peru, Ecuador and others tested their knowledge and tried entering RUDN.
In 2016, the admission campaign resulted in 3,108 foreign citizens enrolled in university, which was more than had been planned.
Anzhela Dolzhikova, Vice-Rector for continuing education, spoke about the creation and realization of joint programs in the system of continuing education.
RUDN has been a leader in continuing education among RF HEIs – we have more than 2,000 continuing education programs, among them 730 were actively implemented in 2016. Foreign students traditionally choose learning Russian. In the frame of 5-100 project, the university is planning to increase the number of programs for foreigners
A.Dolzhikova summed up the results of 2016: there were 15 new joint programs of continuing education realized in 22 countries; new medical and humanitarian programs started for foreign citizens; leading Russian and foreign experts took part in the elaboration of continuing education programs; the percentage of international students increased: 2015 – 9,6%; 2016 – 14,3%; new countries appeared on the map of continuing education, like Namibia, Botswana and Argentina.
Guisse Kalidu, President of the Campus Council, spoke about the adaptation and integration of international students at RUDN. He came to major in philology from Senegal in 2008.  “A new country, cold climate, strange food. I learnt to bathe in ice cold water like Russians do and I do it every year”, he said.
RUDN starts working with international students long before they come to study to Russia. Later a whole number of university departments help them adapt.
The student campus plays an important role in adaptation. There is everything one may need for life and the accommodation principle promotes peoples’ friendship and tolerance as well as helps to learn languages.
It is exactly studying and living together with people of different nationalities that helps overcome language and culture barriers. Unlike the world full of conflicts, RUDN is a place where students from 154 countries live in the atmosphere of tolerance free from interethnic conflicts and follow the mission – “Uniting people of different cultures RUDN creates leaders who make the world better”. 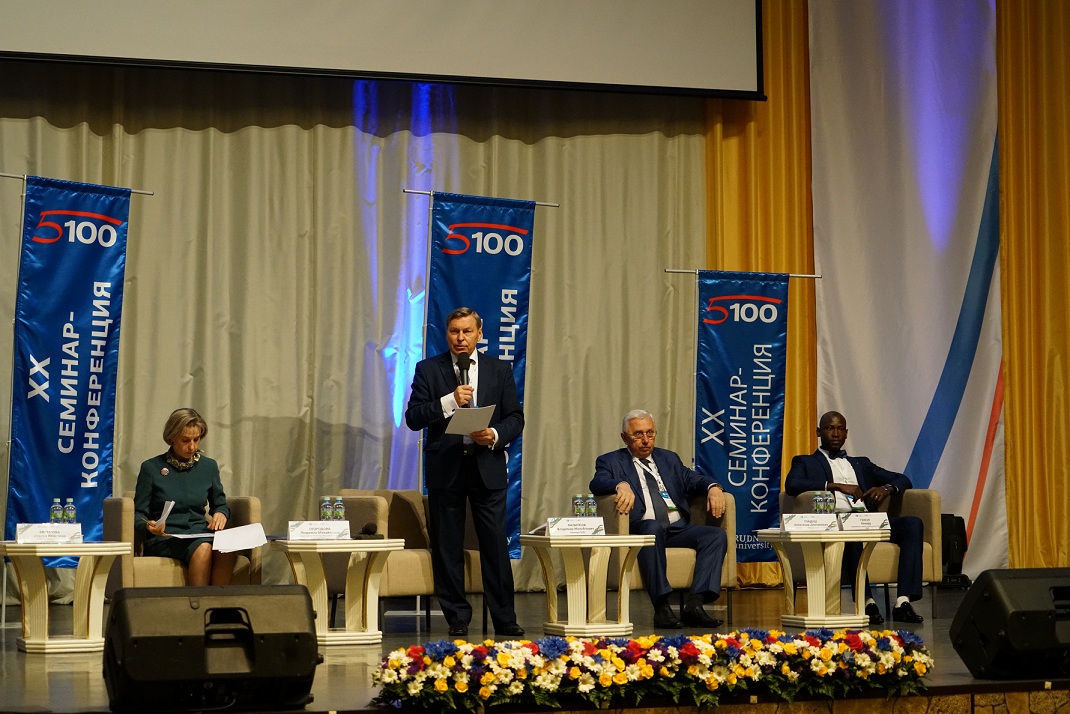