International cooperation
June 27, 38 Master students of RUDN Faculty of Humanitarian and Social Sciences received double diplomas, one of which - a diploma of a partner university.

RUDN Faculty of Humanitarian and Social Sciences always has a lot of graduates who receive not one but two diplomas studying under academic mobility programs and at least 1 semester or a year at a partner university abroad or in Russia.

At the solemn ceremony the results were summed up. In 2018, the Faculty of Humanitarian and Social Sciences trained 38 students who defended the final qualifying work in English, Chinese, French and German.

The first joint Master's program with foreign universities "European integration and global development" in political sciences was opened in 2003, in conjunction with the Institute of Political Sciences of the University of Bordeaux (France). This year saw the 13th graduation. During this time, 180 people have gone through the dual program - 80 Russian graduates and 100 French.

"I got a Bachelor's degree from the University of Bordeaux and decided to try studying under the double diploma program. I finished my first year in France and came to Russia to study political science in RUDN, "says Iskak Ulu Azim.

The first joint Master's program, implemented by the Faculty of Humanitarian and Social Sciences with Russian universities, was opened in 2012. Now it is the fifth graduation of the joint Master’s program "World Politics" in cooperation with the Diplomatic Academy of the RF Ministry of Foreign Affairs.

"I studied the first year at the Peoples' Friendship University, the second year I went to the Diplomatic Academy of the Ministry of Foreign Affairs of the Russian Federation, I passed the state examination there and defended my thesis "The Latin American vector in the foreign policy of Spain from 1975 to 2017". I have been studying Spanish for 6 years and love Spain and Latin America. Foreign policy and the development of relations between Spain and Latin America have not been studied well enough in Russia. My diploma will help transfer theoretical experience to diplomatic practice, because the two countries are connected not only by history, but also by economy," says Maria Zemtsova, a graduate majoring in International Relations.

14 dual-diploma programs at the Faculty of Humanitarian and Social Sciences: 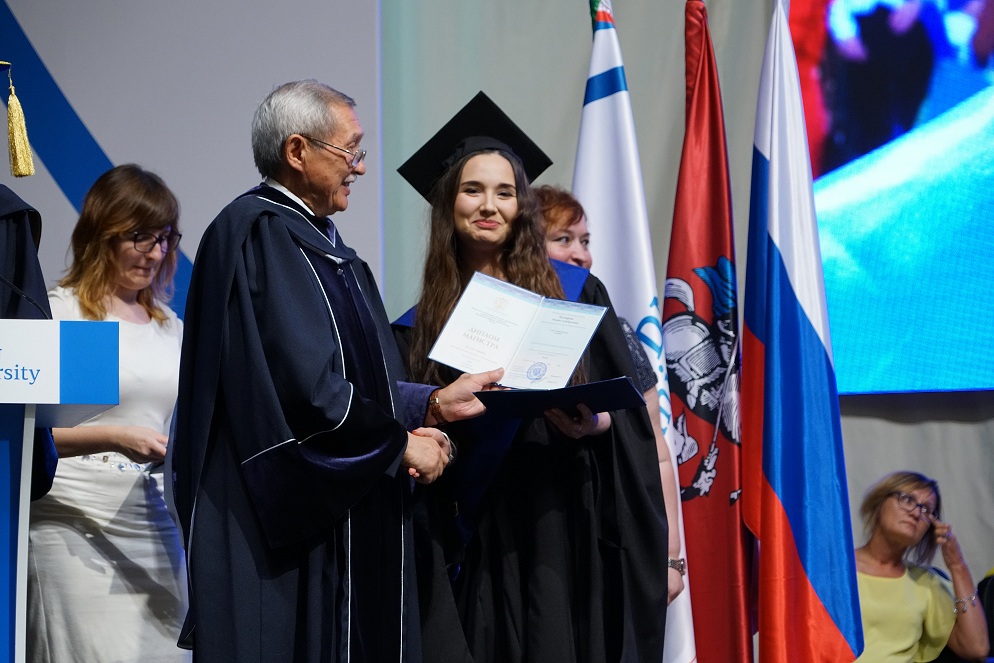