International cooperation
RUDN hosted the International Forum “Russia-Africa: Science - Education - Cooperation” attended by representatives of 30 African countries. On the agenda are issues of human capital development, prospects for the joint implementation of scientific and educational components in industrial projects, creation of professional navigation programs for students in accordance with the needs of African economies.

Partnership and mutually beneficial cooperation were the leitmotif of the plenary session of the forum. RUDN Rector Vladimir Filippov emphasized the need for interaction between universities in Russia and Africa - from working with talented applicants to the subsequent employment of graduates in their homeland.

“Speaking about new prospects for cooperation, we must first keep in mind the new macro parameters for building relations. Developed countries have moved into the era of mass education. In Africa, the number of universities has risen sharply, but training is sufficiently implemented only at the undergraduate level. At the Master's and PhD level there is shortage of highly qualified personnel and weak material base of scientific research and this defines the primary tasks of cooperation between Russian and African universities ” said Rector Vladimir Filippov.

An important issue of the meeting was the development of human capital.

“For almost 30 years, the Russian Foundation for Basic Research has supported research that underlies modern new generation technologies. We have always supported the scientific and educational process in the leading universities of the country, and RUDN University is among the first. It is extremely important to develop an understanding of what human capital is, how to form it, and develop African economies for the future progress. According to many experts, it is 60-80% human capital that the country's well-being depends on that is why it shpold be formed, preserved and further developed. We have been preparing a program for the fundamental foundations of human capital for a very long time aattracting scientists of very different areas - cognitive sciences, neurophysiology, genetics and computer science in the field of Big Data. The experience gained at RUDN University undoubtedly plays an important role in shaping the ideology of human capital for many countries.

Our work with African countries will provide an opportunity to create scientific cooperation that will maintain high research level at universities and lead to promising results” said Vladislav Panchenko, Chairman of the Council of the Russian Foundation for Basic Research.

Among the current areas of cooperation are medicine, engineering technologies, and agricultural industries.

“The topic of food security is currently important not only for Russia, not only for Africa, but practically for the whole world - providing the population not only with sufficient food, but also with high-quality food. The planet’s population is growing, natural resources are declining, high-intensity technologies are exhausting soil - this leads to new risks for humans and animals: new diseases, pathogens and pests.

The problem requires thorough scientific study. African students studying in Russia should benefit from it,” said Irina Donnik, Vice President of the Russian Academy of Sciences

Representatives of the African side spoke about joint projects with RUDN, implemented as part of the cluster approach, relevance of simulation training, opening of Russian language centers, and joint Russian-African research.

“RUDN plays a large role in the development of the African economy. We have all the resources for development, but there is no development itself. What is the problem? Lack of staff with higher education, the need to strengthen ties between science, education and the economy. Our task is to provide higher education for Africa, integrating it into the system of economic needs. We are interested in opening the Russian Language Center so that our students can study Russian in their homeland. It is important to include simulation training with anatomical models within the medicine cluster. It is necessary to develop agricultural industry and engineering, ” said Jufa Badar, Minister of Higher Education, Technology and Research of Gambia.

“Physics, chemistry, mathematics and engineering - all these areas are important for the development of the whole world, not only for Africa. Our task is to create what is called knowledge economy, to educate real leaders who, with the help of this knowledge, will be able to change the world tomorrow. But we can only do this in partnership. No country can be an island in itself. We have one world - we must protect it together,” said Ebenezer Oduro Ovusa, Rector of the University of Ghana

“Today in Namibia there is a Russian Language Center: before the language used to be a barrier, but now students have a certain base when they go to Russia to study. We face the challenge of how to move forward as developing countries. We need the help of countries that have the resource, experience and technology and can teach us. Education is the only weapon that can solve the problems in the world,” said Namvandi David Richard, Rector of International University of Management (Namibia).

The parties exchanged practical and scientific experience in overcoming pressing problems, as well as discussed in more detail the possible ways of cooperation at 5 thematic sessions:

• “Russia-Africa: development of medicine and pharmaceutical industry through science, education and innovation”, 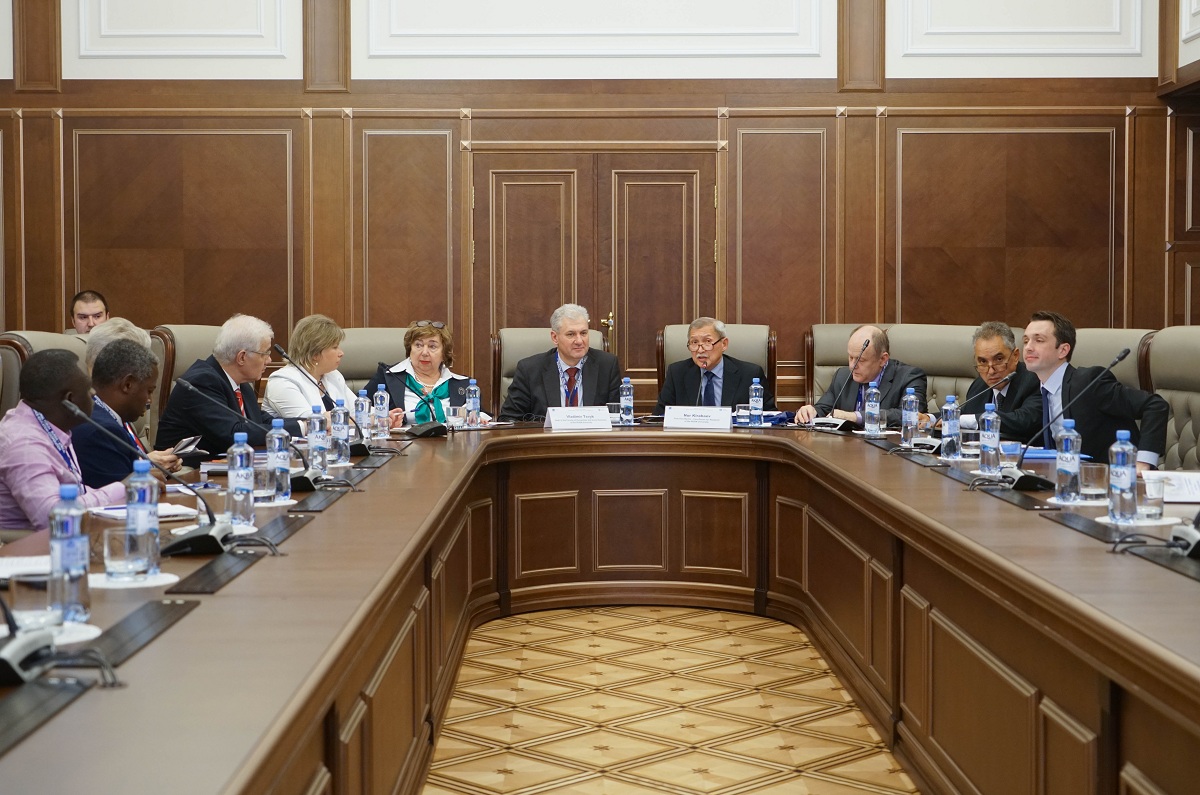 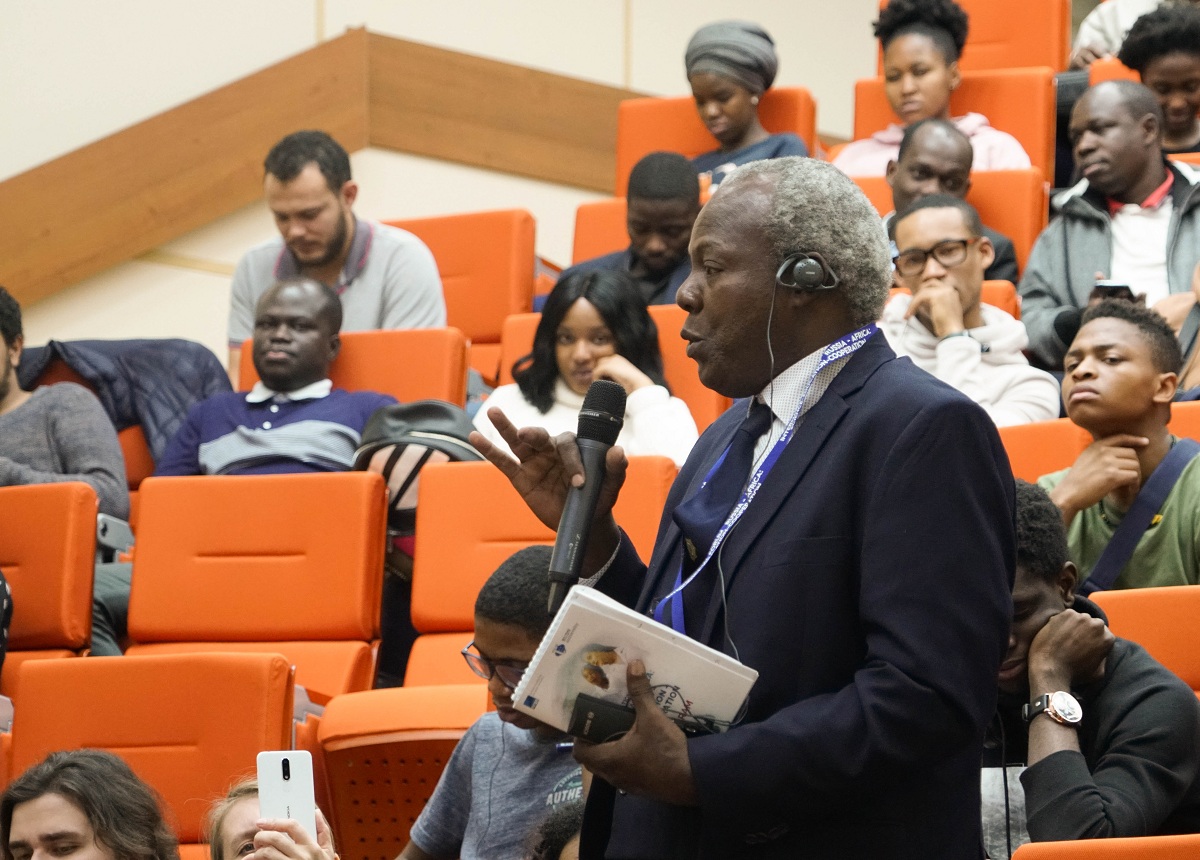 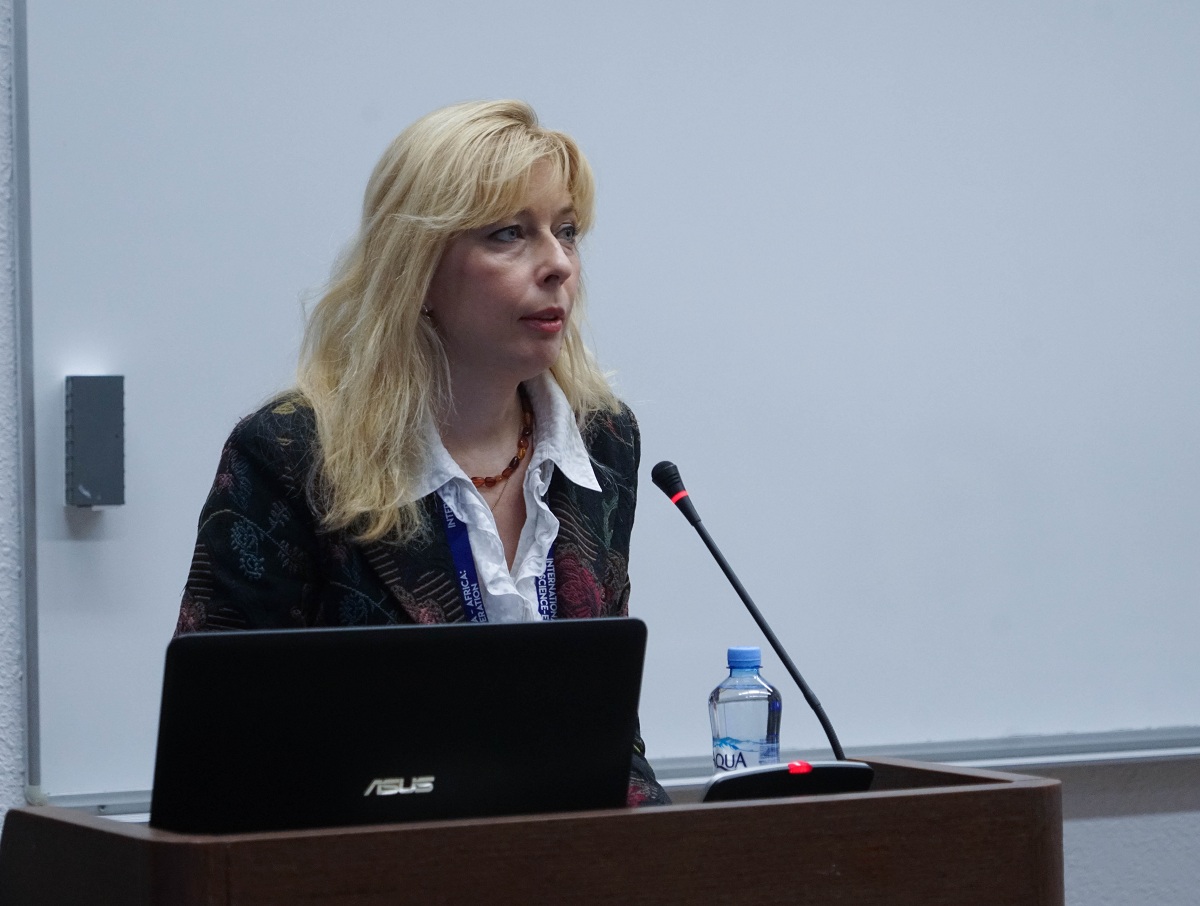 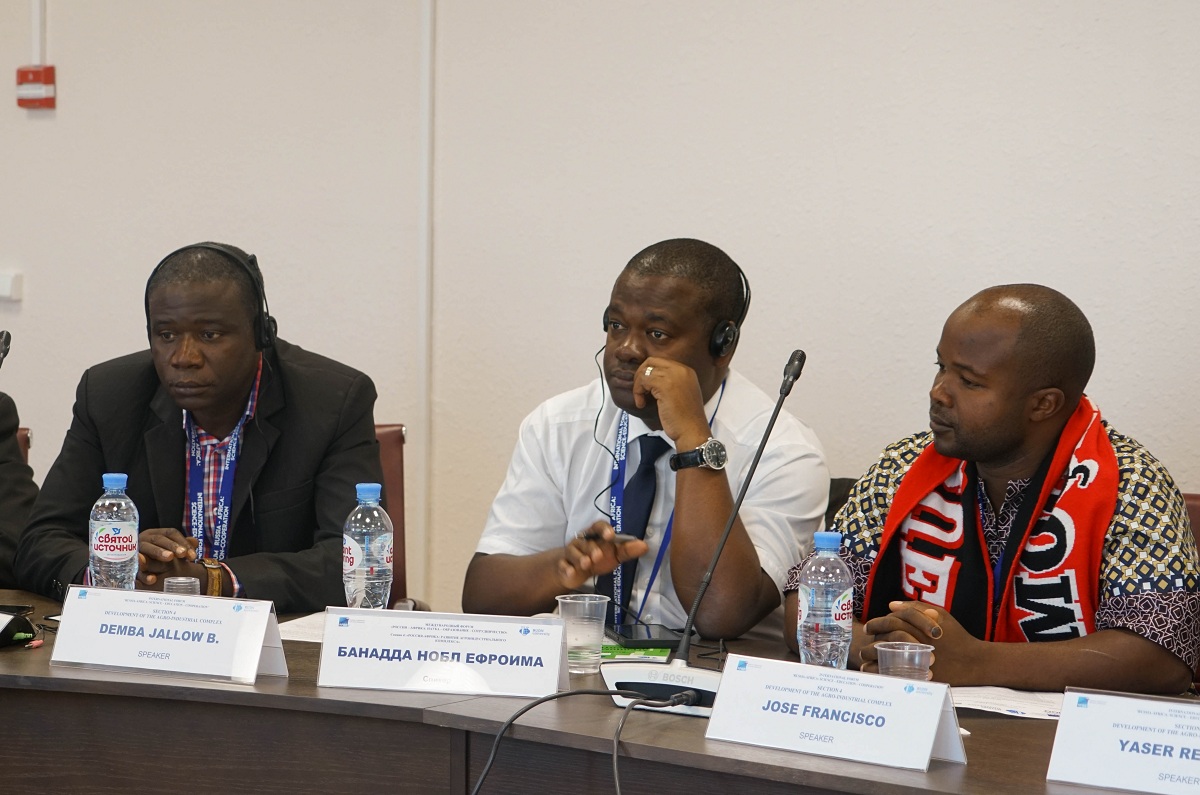 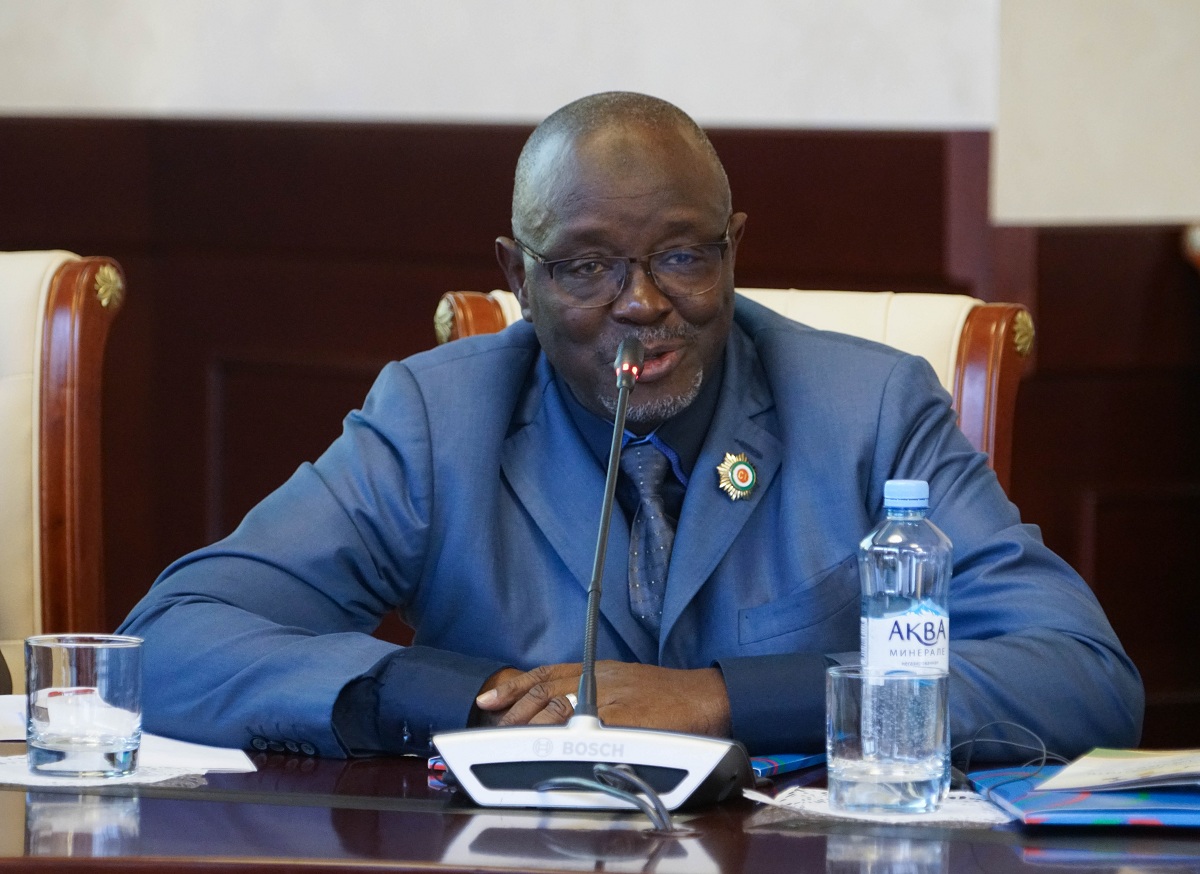 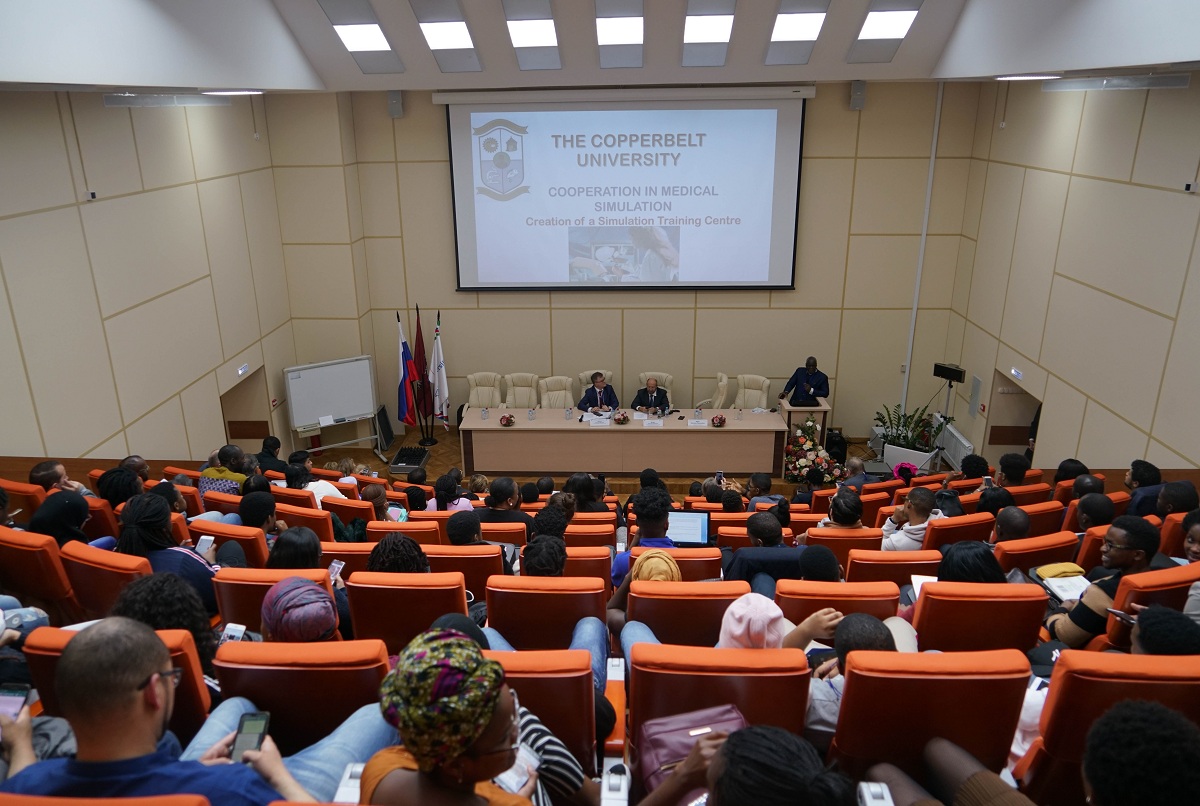 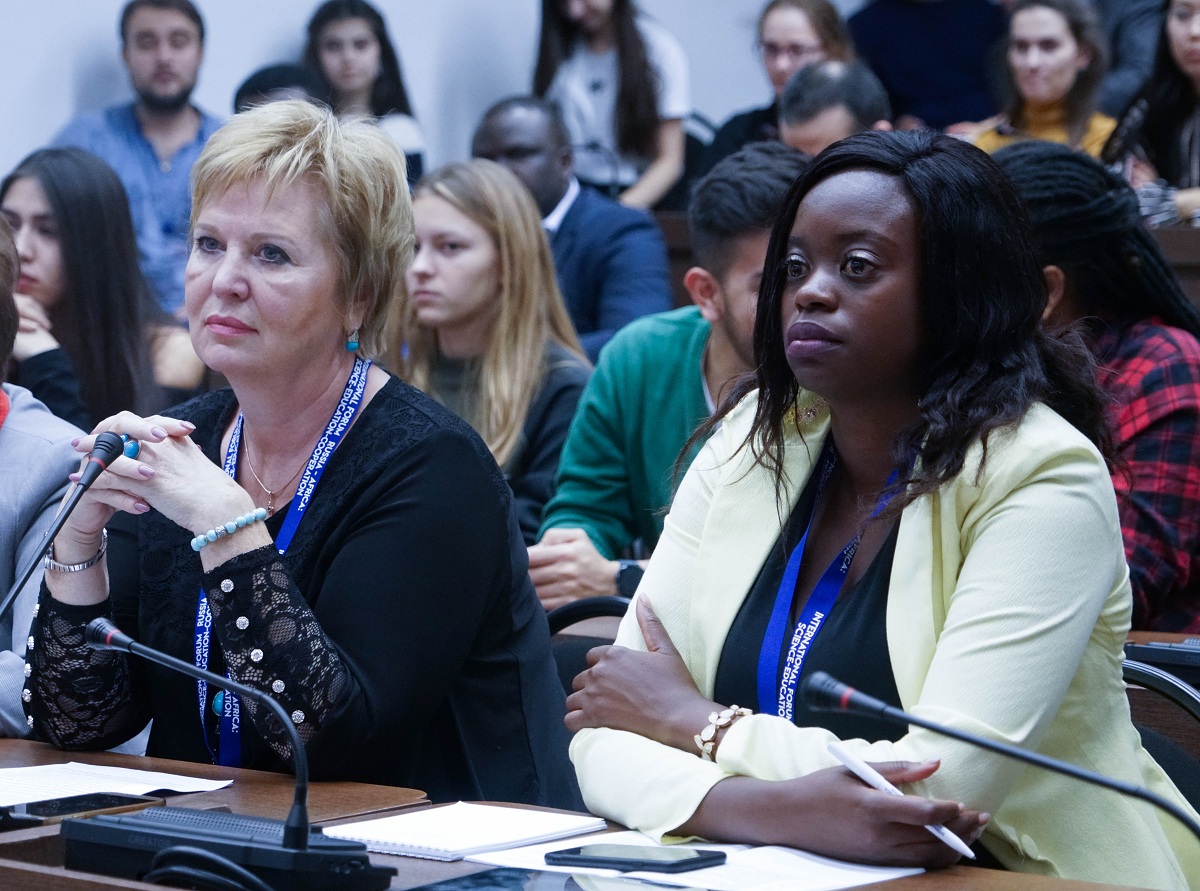 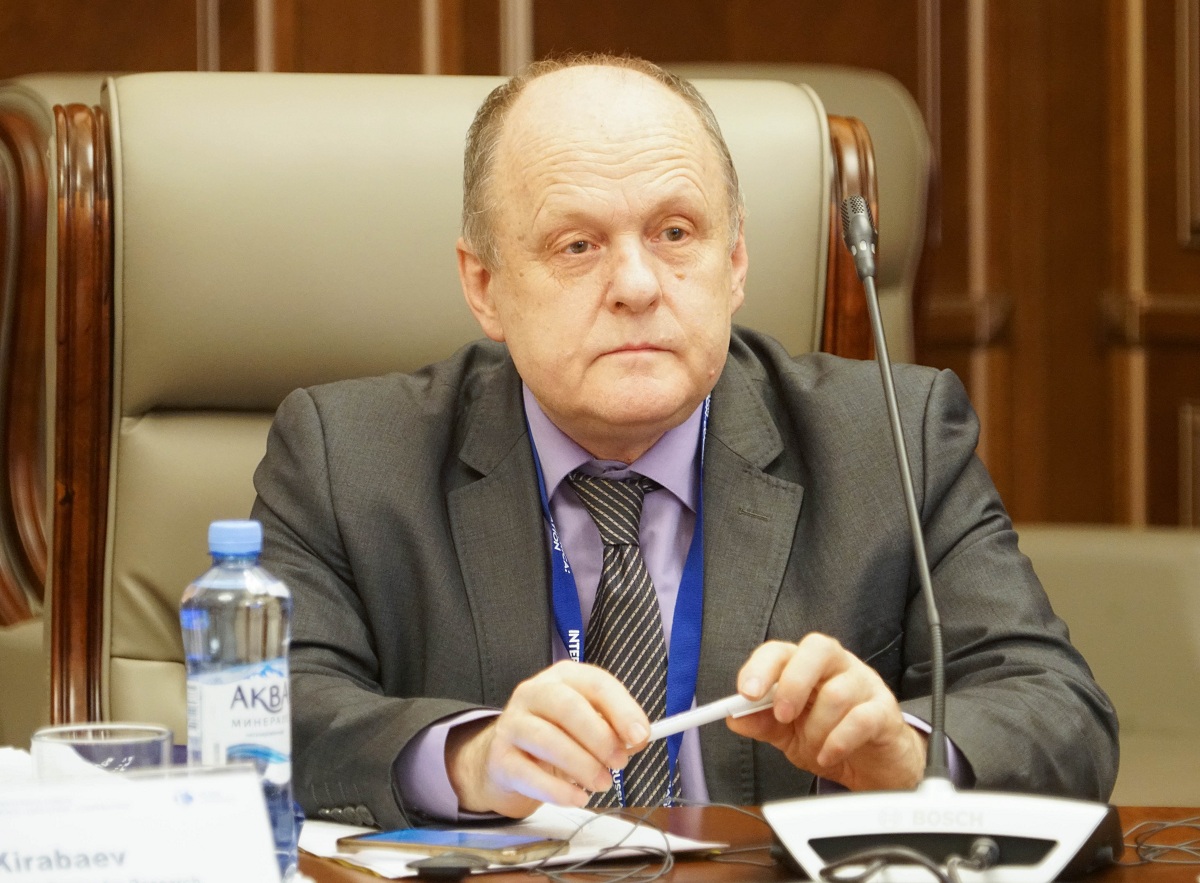 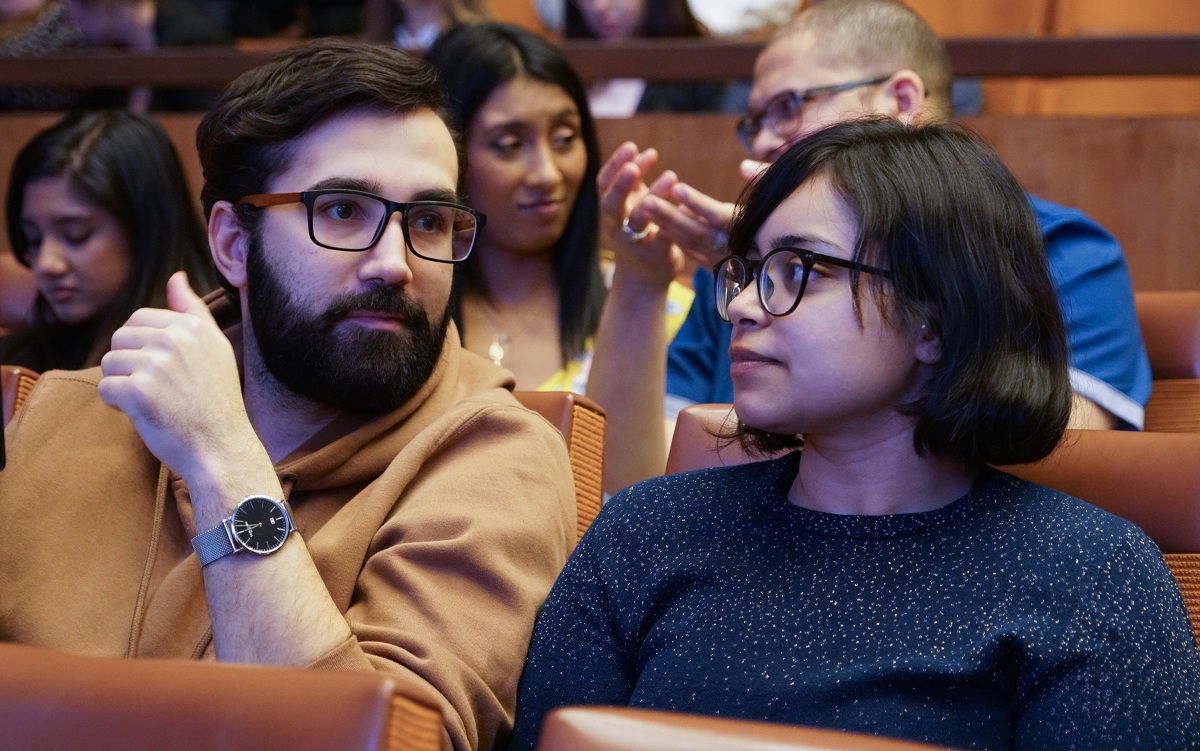 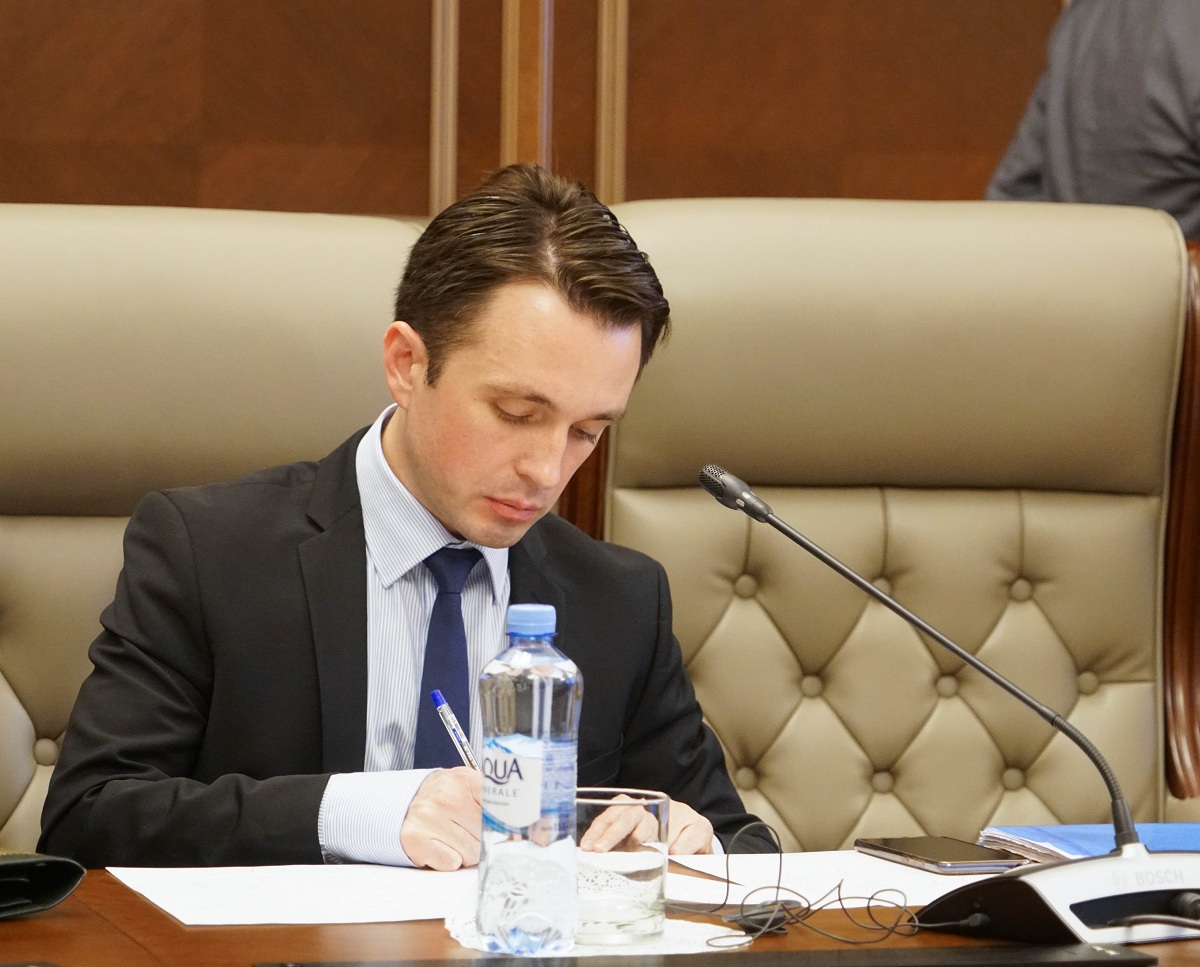 Tags: education science
Previous news
RUDN University and NSI RAS mathematicians proposed an express method for calculation of the propagation of light
Next news
Africa is closer: the first international festival “I want to work in Africa” held at RUDN