International cooperation
May 30, "Living Values of Modern Universities" International Workshop brought together rectors, vice-rectors and employees of 18 universities of the Russian Federation and the CIS, government and public figures to discuss the problem of formation and development of the life values of higher educational institutions, their role in the life of the university, the consolidation of staff and students, and the impact of the life values of the university on the state and society. The event was organized by RUDN University together with the Magna Charta Observatory (Bologna, Italy).

The seminar was opened by the rector of the RUDN University, academician of the Russian Academy of Education, chairman of the Higher Attestation Commission of the Ministry of Education and Science Vladimir Filippov. Presentations from the Magna Charta Observatory were made by President Sijbolt Noorda, and General Secretary David Lock who spoke about the project “Living Values” and the course of its implementation.

Mr. Nourda, in the report “Values ​​are Key to the Mission & Performance of Universities” told about the Magna Charta Universitatum (MCU), which currently unites about 900 universities around the world. The MCU is looking for ways to stimulate serious thinking about core values ​​and discussing them in higher education and research. The speaker revealed how important values ​​are for universities: it is the values ​​that determine the benchmarks and profile of the university. For example, a university may concentrate on high personal achievements or inclusiveness and teamwork. It will influence who with and how the university will work, as well as the skills and competencies of the staff and students in the university. President of Magna Charta Observatory raised other issues, including mentioning the importance of professional ethics as part of socialization, which provides opportunities to cope with the risks and difficulties that arise in the life of an educational corporation. The announcement by Secretary-General David Lock concerned the Living Values ​​project and the methodological developments of the Magna Charta Observatory. The latter will help universities to make sure that the values ​​they adhere to reflect the mission of the university and the academic community, while employees, students and teaching staff take part in determining the values ​​of the university, as well as clearly articulate these values ​​and live in accordance with them.

The participants of the seminar discussed the concept of university life values. According to them, this concept describes the corporate values ​​of the university and the values ​​of the academic community, such as academic freedom, equality in higher education, tolerance, creativity, inclusiveness, leadership, and others.

Another issue on the agenda is the difficulty of defining university values ​​and the contradiction between the values ​​chosen by the university. For example, the preservation of traditions and the desire to create innovation. This problem can be solved at different levels: at the personal level and the level of corporate values, as well as when solving specific problems that require giving preference to one of the contradicting values.

Yulia Zubok, Head of the Department of Youth Sociology at the Institute of Social and Political Research of the Russian Academy of Sciences, spoke about the value orientations of Russian youth. Most of all, Russian young people appreciate the pursuit of truth, in the second place - love, in the third - struggle for justice, and only in the fourth place was a quiet and comfortable life. According to the expert, these young people are more inclined towards collective work and solidarity, rather than towards competition and individualism. In general, the citizens of Russia noted trends, including eco-activism, empathy, but at the same time, life without difficulties and the search for confidence and security.

During the seminar, the participants concluded that the optimal number of university values ​​is 3-5. Inherent values ​​of universities - academic freedom, equality, honesty, inclusiveness, and others. The university should disseminate its values, conduct PR campaigns on the Internet and social networks, in particular. Participants also noted the importance of the balance and concordance of personal values ​​of people with the corporate values ​​of the university, and values ​​that seem contradictory can be embedded in the everyday life of the university and work at different levels - individual and corporate. 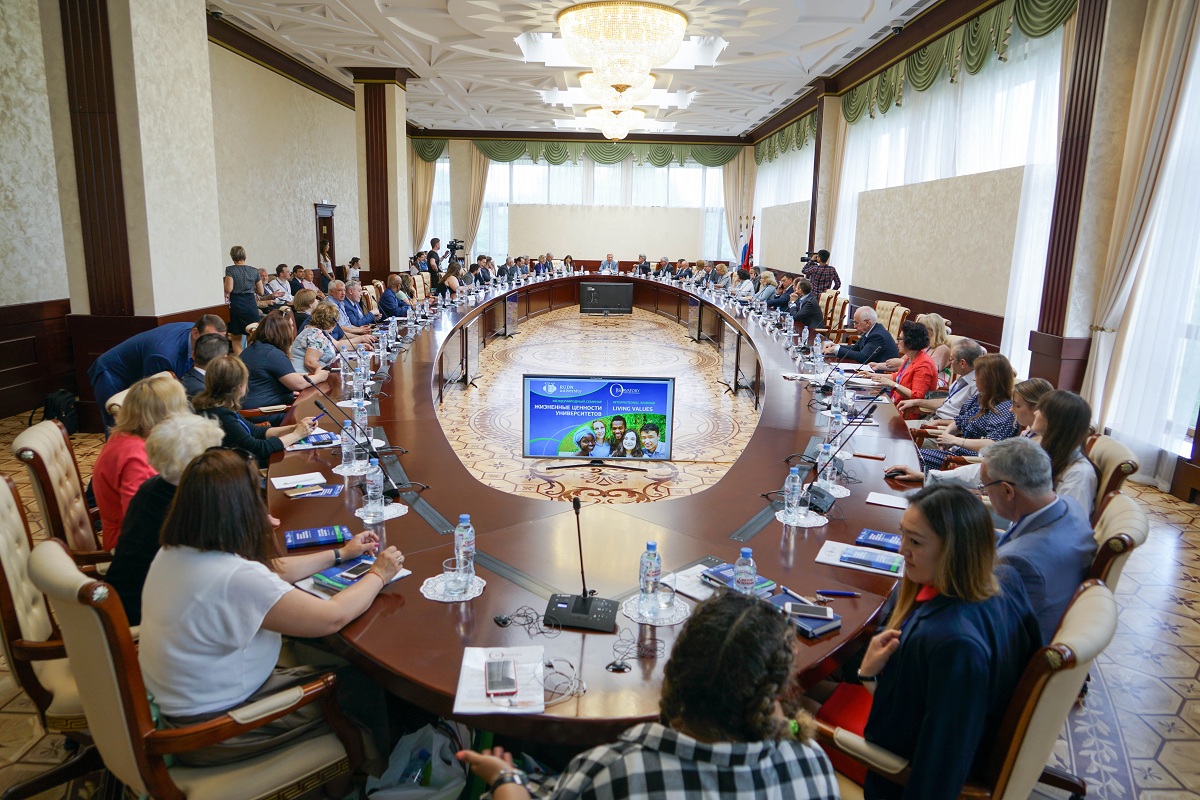 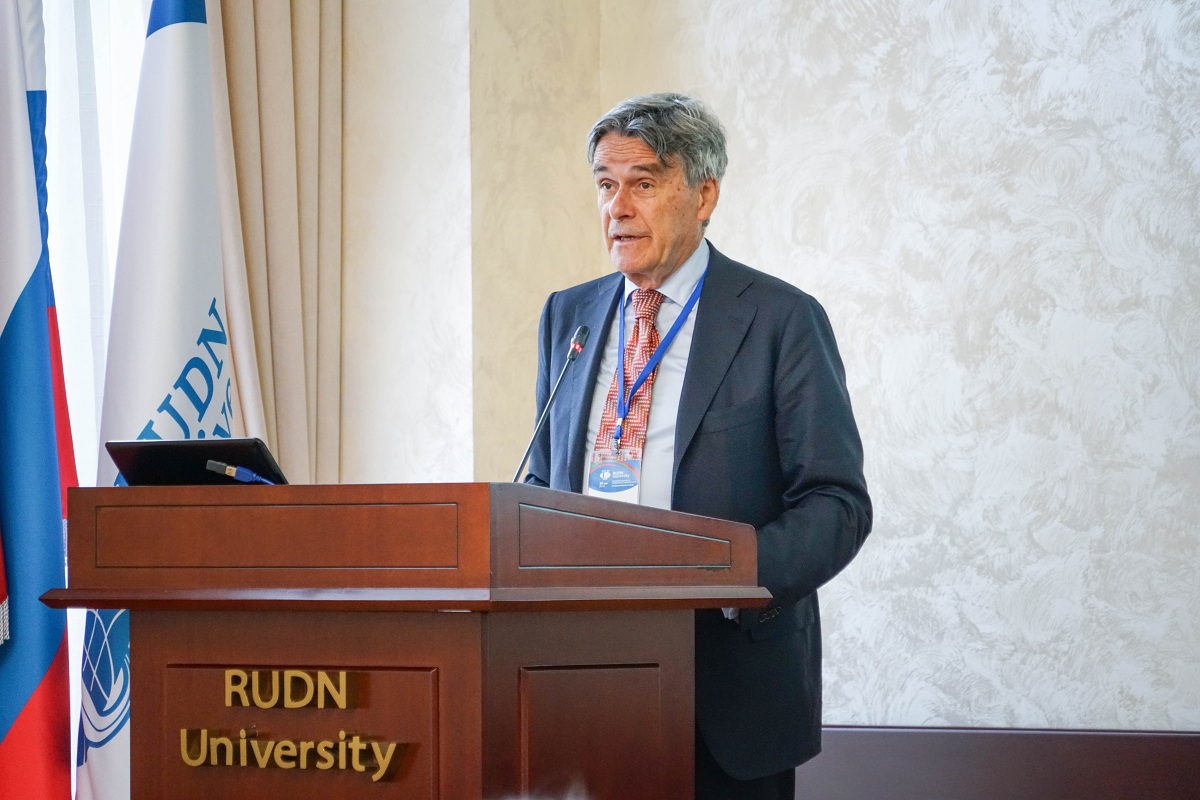 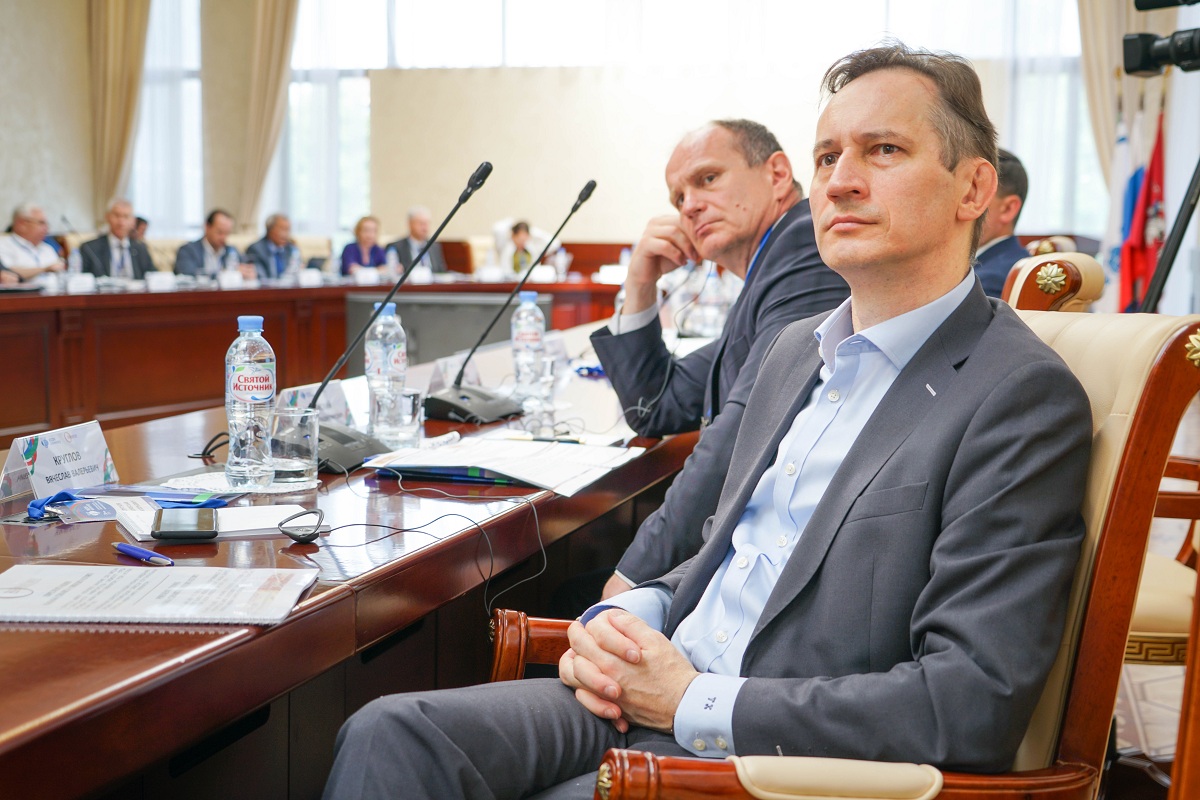 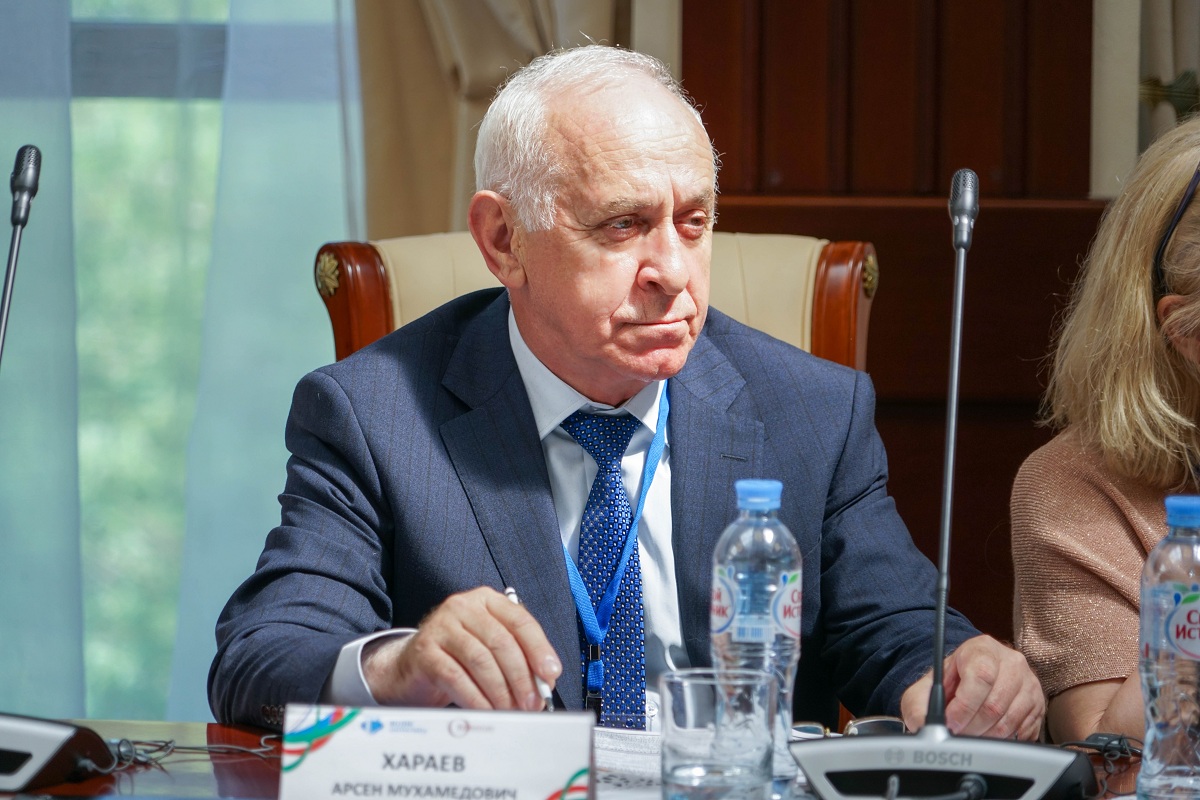 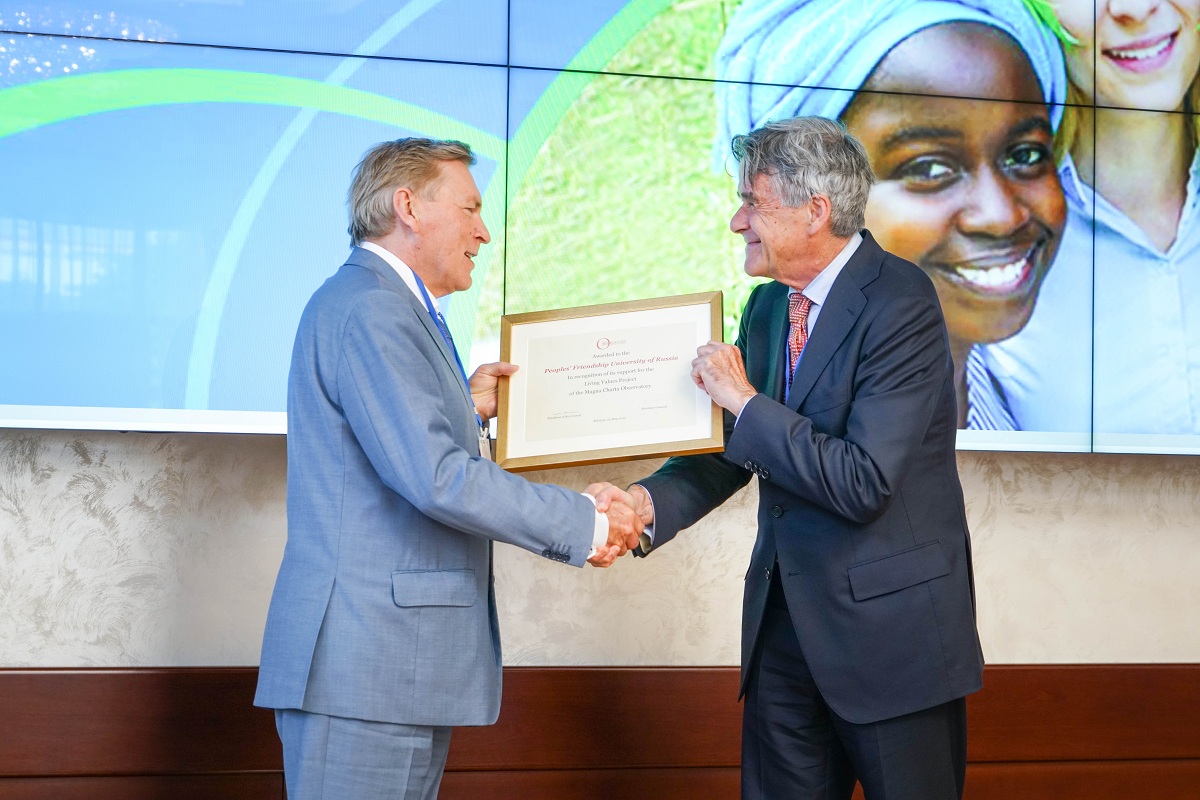 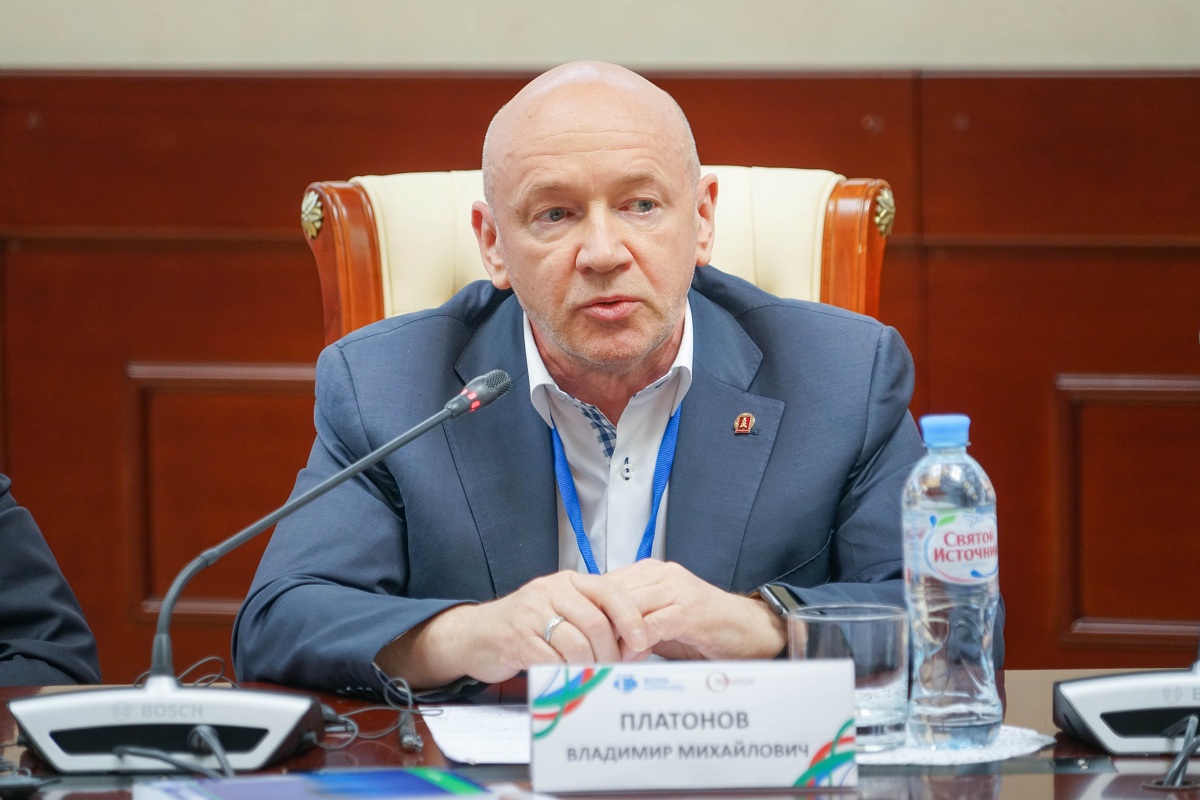 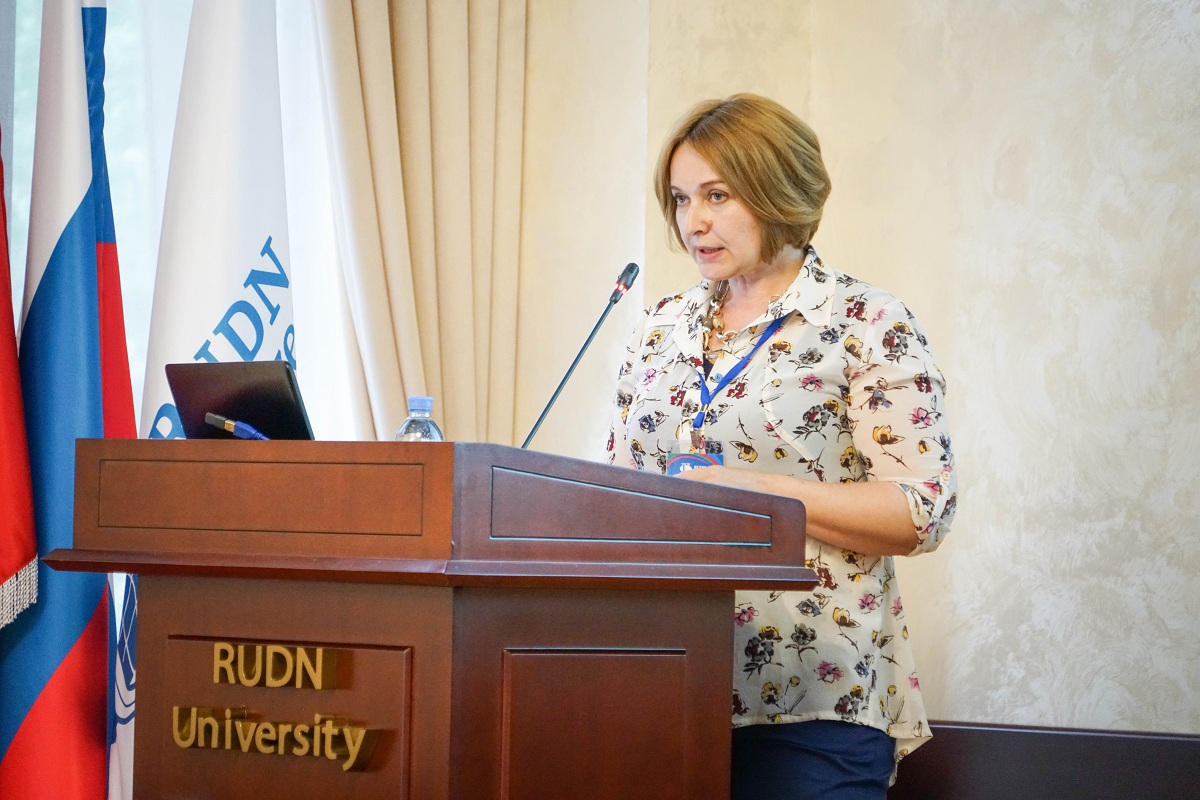 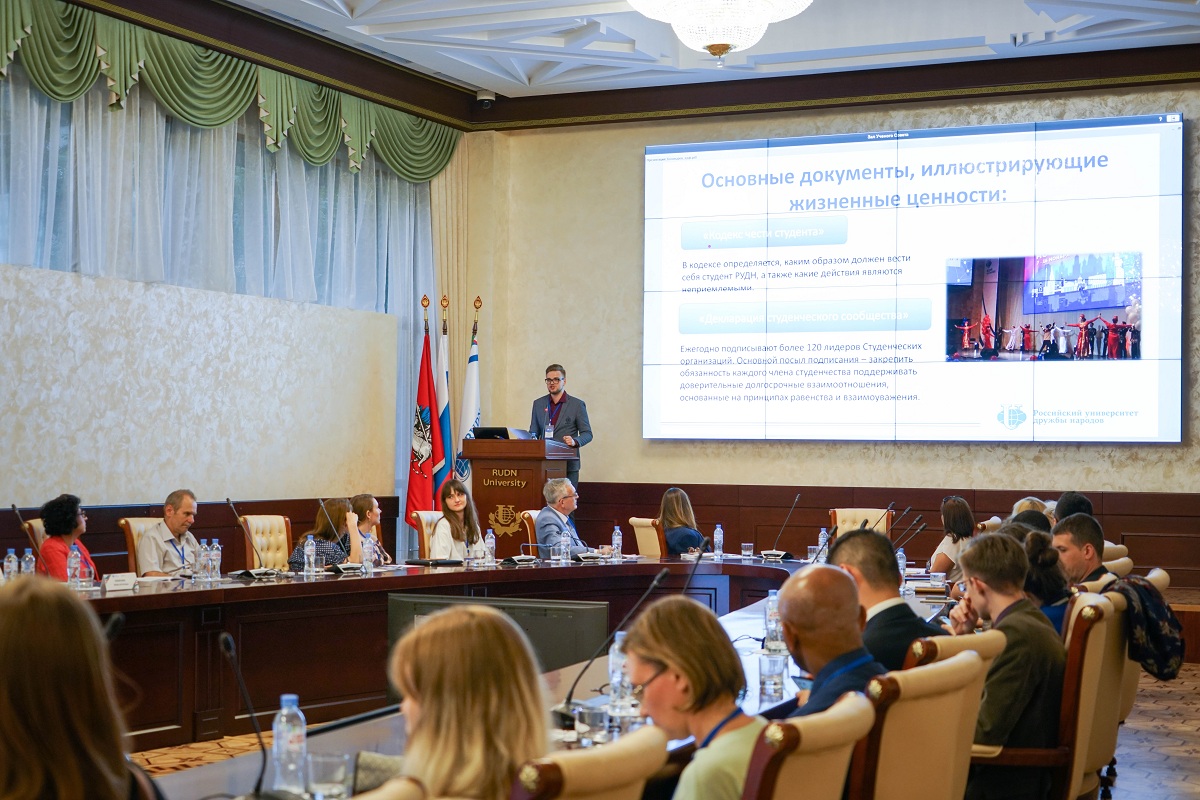 Tags: education
Previous news
Communication, education, translation: the role of language in the modern world discussed at RUDN
Next news
What stands behind sign language in Italian: Daniele Donati reveals the secrets of sign language to RUDN students