Workshop for journalists of India

International cooperation
October 8-10, 2018, in India, in the city of Vadodara, workshops were held for journalists of Russian-language media and students of journalism departments of universities in India. The delegation of RUDN University composed of the famous TV and radio host, Irina Vakulovskaya, winner of the Russian “TEFI” award, and lecturer of the Department of mass communications, professional journalist and editing director Tatyana Belousova, conducted a training on the so-called “false news” and its dissemination in social, political, economic and cultural aspects. Irina Nikolaevna shared her professional secrets how to recognize false news, how to check and compare the facts in order to provide the audience with the most reliable, relevant and unbiased information. Also, special attention was paid to the portrait of a television journalist in Russia, their personal and professional fetures, and the role of television journalism in modern Russian society.

The events gathered about 60 participants, including media from India, editors and journalists of the largest publishing houses “The times group”, “Dainik Bhaskar Group”, as well as newspapers “Press Trust of India”, “Nav Gujarat Samay”, “ Divya Bhaskar ”and“ Sandesh ”.

The parties discussed such important issues as modern trends in the development of journalism, the impact of the information environment on journalism, issues of modern stylistics and the practice of literary editing of texts in Russian, aspects of technological and substantive interaction between Russian, Russian and foreign media. At the end of the event, the participants were awarded certificates of the RUDN University. 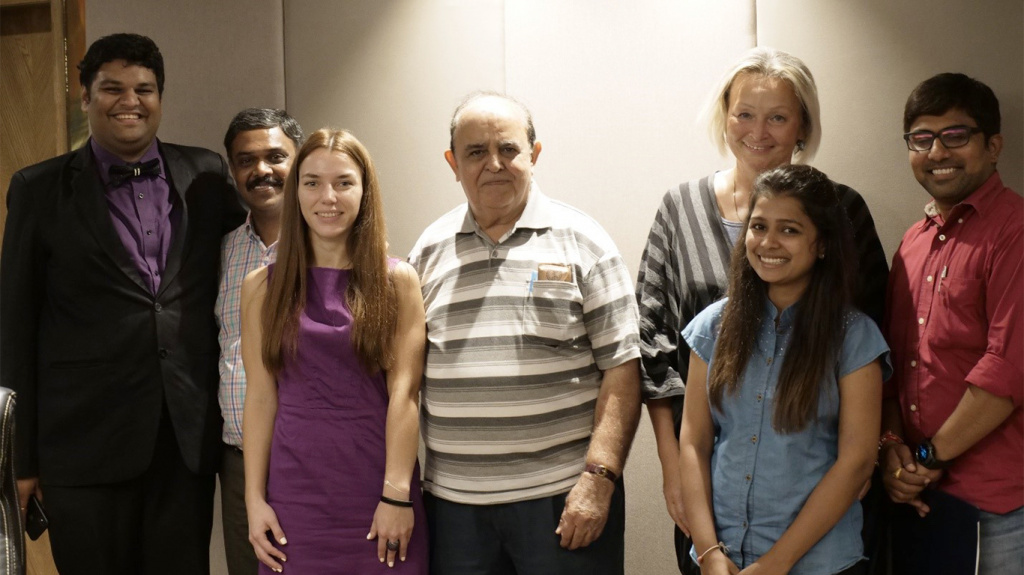