Media
News
Life in RUDN
“Attitude to age abroad is totally different. There, you can see gorgeous women driving sporty convertibles — they are not so young but they are not ashamed of their wrinkles.” — Nina Krasnoshapka, student of the Faculty of Humanities and Social Sciences

“Attitude to age abroad is totally different. There, you can see gorgeous women driving sporty convertibles — they are not so young but they are not ashamed of their wrinkles.” — Nina Krasnoshapka, student of the Faculty of Humanities and Social Sciences

Life in RUDN
Nina Krasnoshapka is a professional actress. At the age of 30, she entered RUDN University to study arts and humanities. Nina actively fights against ageism and does projects for the interaction of people of different generations. Read her interview to learn why professional skills are more important than personal ones and how to teach people not to label people for age. 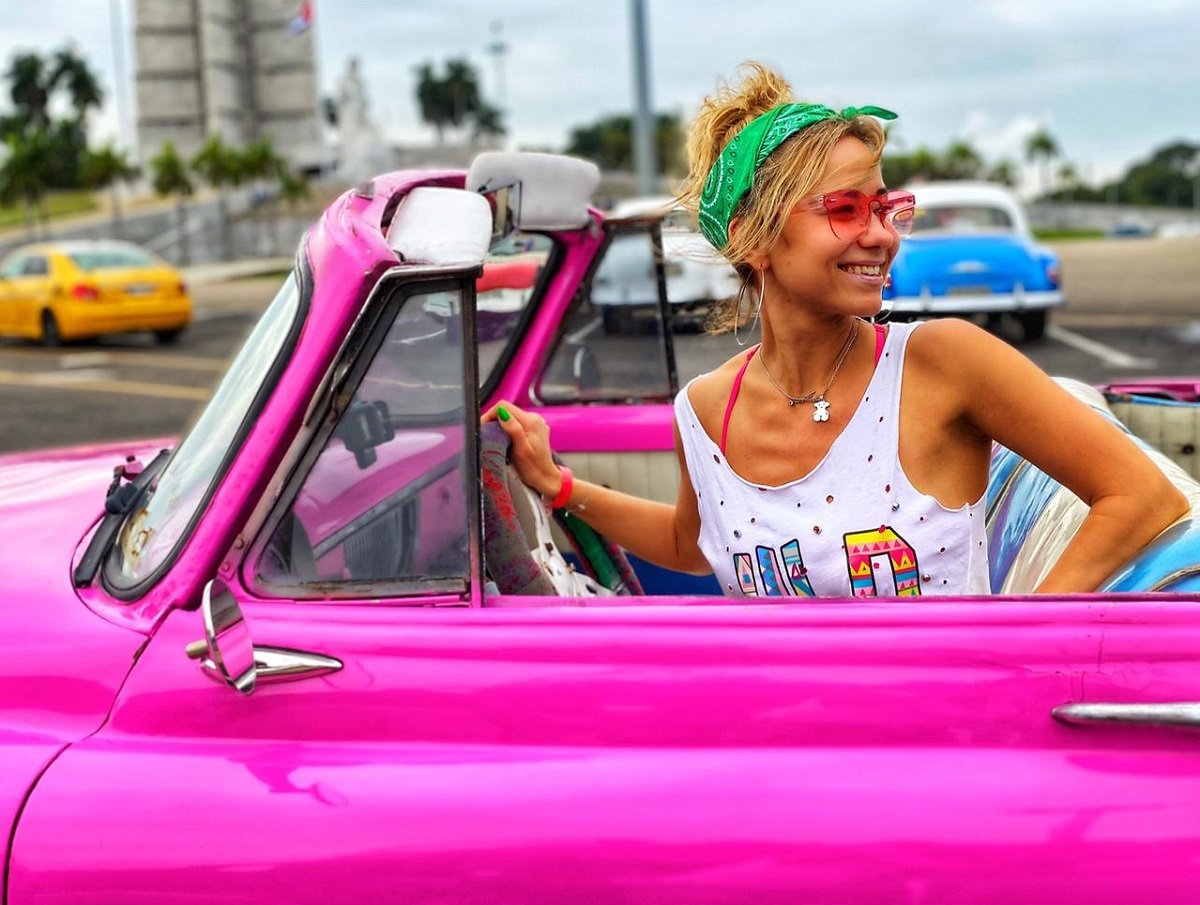 What does ageism mean to you?

Ageism is age discrimination. It is aimed at both the older generation and young people. (Talking to the interviewer) You are lucky that at the age of 21 you have not yet encountered this. There are cases when young specialists who have just graduated from the university want to build a career, for example, in politics participating in elections. What they hear is: “Listen, you are still 23-24, it’s so young. Go learn life.” This is ageism.

Take the opposite situation. It’s no secret that after 40 it is difficult to find a job. In some organizations there is an unspoken rule — not to hire employees over 40. Few companies take this responsibility and re-train older people. It’s easier to hire a young one, although older people have many years of experience behind them and a lot of ideas.

Do you often encounter ageism personally? Or are you watching it only from the side?

Take acting. Always, even in kid’s drama schools, they said that an actress has a very short career. She needs to act as many roles as possible very quickly, because over the years there will be fewer roles. This goes for actresses only, not actors. Even in classical literature, there are more roles for aged men than women. But now new ethic rules and various movements like #MeToo (campaign against sexual violence and harassment) are changing everything. Girls’ rights are championed by feminists. Today we watch movies and TV shows, where the main role is not necessarily of a young girl. These are already women over 30, 50 and 60. People’s attitude towards age is changing, but locally we still observe oppression.

We have a rather patriarchal country, men feel freer than women. At 60, they can afford to date a woman younger than 40. And if you look at the situation from the other side — she is 60, and he is 40, people’s reaction will be different. I travel quite a lot — I have been to more than 20 countries. In England and Europe, in general, there is minimal bias towards age. There, you can see gorgeous women driving sporty convertibles — they are not so young but they are not ashamed of their wrinkles. They wear trendy, stylish clothes and they are successful. I often see them accompanied by young men, and no one pays attention. They are happy.

Elderly people abroad behave and feel differently. 20-year-old people will envy the way they dress, what habits they have, how they rest. This is a colossal difference between what we see here. Older people may confuse young people’s openness with impudence, so we should be very careful and respectful. To breach the gap, I went to study and now work with the 55+ age group. I teach zumba as part of the Moscow Longevity project. I do not call any of my female students by their patronymic, I ask them to call them only by their first name. For me they are my girls, female students who dance and study from me. And they don’t think about age. 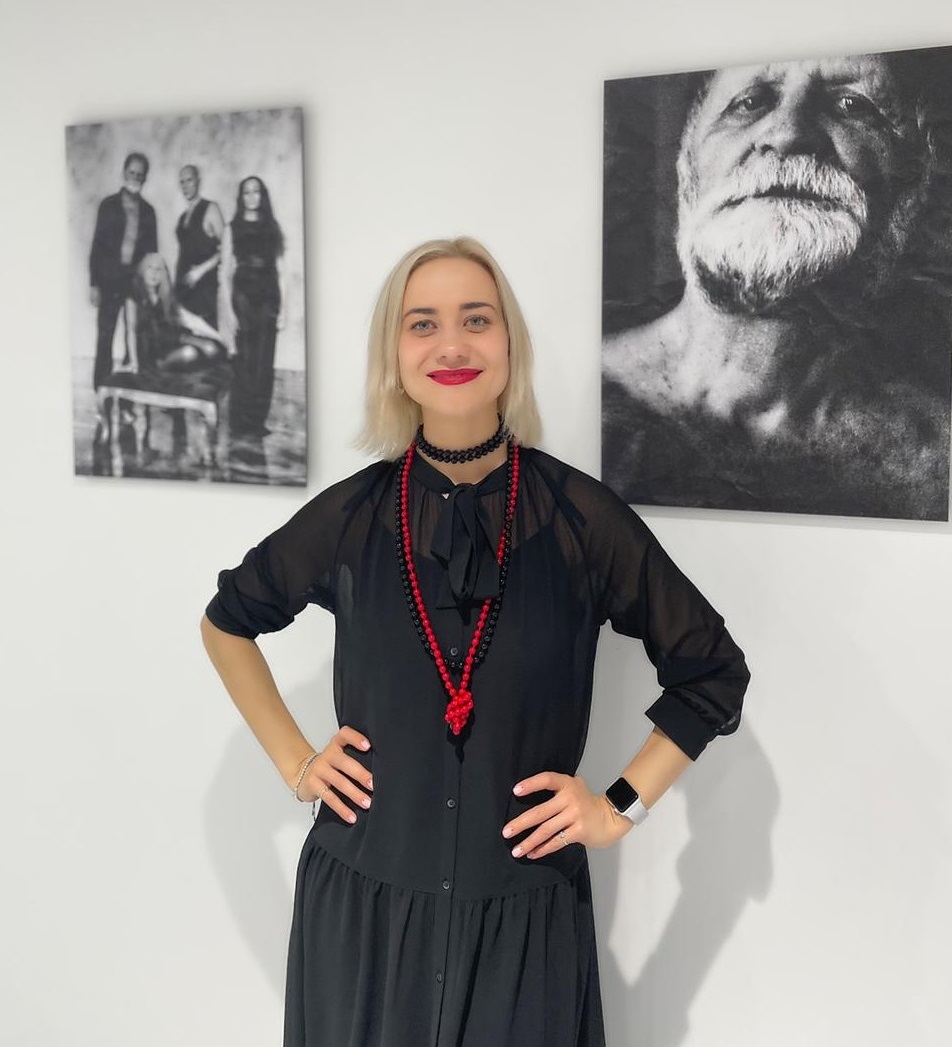 Age is not the first and only problem ...

In addition to ageism, we can talk about various types of oppression, homophobia and sexism. One should not be afraid of problems, but recognize and solve them. My position is that if a person is a professional in some area, then we are talking about what he/she does, about work and creativity. One of the biggest problems is that sometimes personal facts are more interesting than professional ones. Gossip and scandals are more exciting than an event, picture, article, or dissertation. But we are slowly moving away from this, I do believe so.

The first question they asked me when I entered university was: “Nina, why did you go to study at a state university? Are you going to write all these qualification papers and dissertations? ”

Stop it! What does “at my age” mean? I do not understand! My first education- drama school- is great, but I do not want to stop. I see how quickly the world is developing and I want to keep up with it. I have everything for this. “Well, 33 is such an age ...” A wonderful age to change something around you. It doesn’t bother me that I’m the oldest in the group. On the contrary, I motivate others, I talk about my experience.

Which generation — older or younger — is more pressured age-wise?

Seniors, because everyone is afraid of old age. We cannot stop the natural process. Youth is the time to lay the foundation from where we will move on. There is more ambition and energy. But over the years, you become vulnerable, when they say: “You don’t understand, you are old.”

I look good for my age. I had a situation when I came somewhere for work, and the employees, after looking at my questionnaire, said: “Wow, you don’t look your age at all.” Why not say “You look so good”? Why put emphasis on age? I have no complexes, but this is hardly pleasant to hear.

What would you write in “How to Overcome Ageism” guide for both sides?

Everything is in our head — whether we want to grow old or not. You need to do everything to be in the top, to be trendy. You need to start with yourself.

The first way is interaction. The state should come up with socio-cultural programs for the older generation in collaboration with young people. So that there are no “parties” separately for old and young people. You need to forget the phrases “granny”, “this is for the elderly”, “this is for teenagers.” The notion of age must be erased.

The second option is through sports. Marathons, dance flash mobs — sports unite at any age. My older female friends tell me how they used to go skiing and digging out potatoes when they were young. They met new people, made friends, fell in love. Back then communication was mostly live, and now, mostly online. The positive trend of the Soviet Union towards an active lifestyle would fit well into the 21st century. Sport really is the life and communication of generations.

Clubhouse is a good example of how older people can find common ground with young people. Recently I listened to a lecture there, where the speaker was a male psychotherapist. And once in a conversation he said: “Well, I have already entered my seventh decade.” It seems to me that everyone froze. No one could say that he was 60+, either by his manner of speech, or by his voice. He sounded so “up-to-date”. I thought he was much younger. And it’s so great that there is no visual portrait, it does not force you to think stereotypically. When we see an old man or woman, we immediately think: “What can this wrinkler say, they do not understand anything about modern trends.” And when we do not see the picture and perceive only information, it it much clearer and without labels. 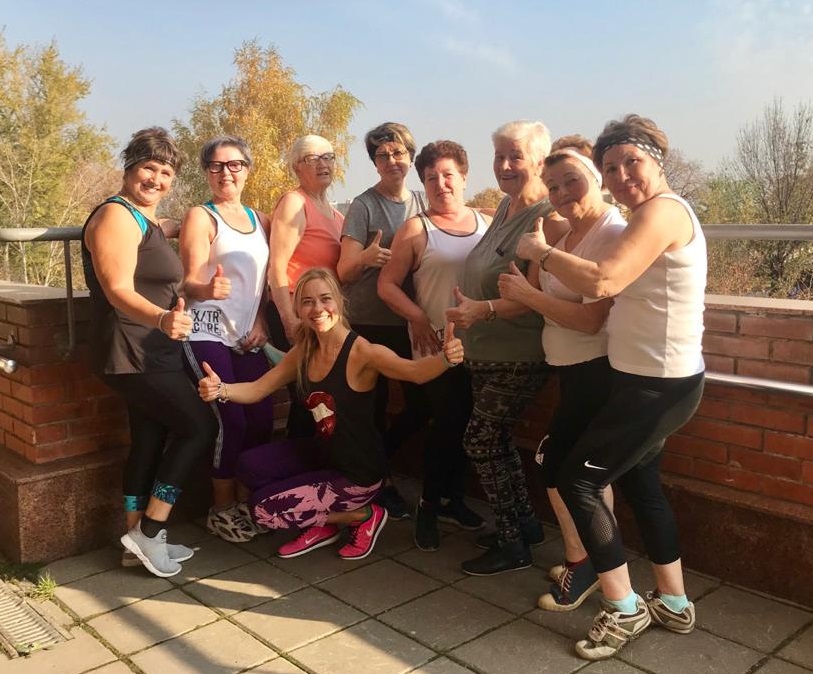 How to approach those who want to “get and feel younger”, but are afraid?

The most important thing is society. The older generation believes a lot of what is said on TV, they listen to doctors unquestioningly. It’s not bad, but there must be something alive, among other things. If only doctors would prescribe us along with pills going to a museum of modern art or an exhibition. It is necessary that all institutions — cultural and state — work in the same direction. They should admit that there is such a thing — ageism, and begin to fight it.

The second option is to wait. In a couple of decades, a generation will change, and today’s students will steer and set the tone. For some reason, people think that age should be pitied, but this is wrong. Elderly people need to be respected and helped to adapt to modern times. When I conducted a sociological survey, many respondents reported that they did not even want to go to apply for a pension. They didn’t want to admit their age. They like it when they are seen as younger people, when they are invited to a dance. One of my students shared her story: “I was traveling in the subway, and a young man gave me his seat, but I don’t want him to do it because of my old age. After all, I could see that he considers me old. I would rather he gave me his seat, because I am a pretty woman!”.

Which older people influence young people? Vladimir Pozner, for example. He has hundreds of live broadcasts, interviews, he even runs Instagram. The man is 87 years old! When asked how long he will be on television, he replied: “As long as I’m interesting. As soon as I understand that everything I think about and want to broadcast is no longer of interest to anyone, I will leave.” People need to be educated so that they adequately treat age, any age, and are not afraid of it. 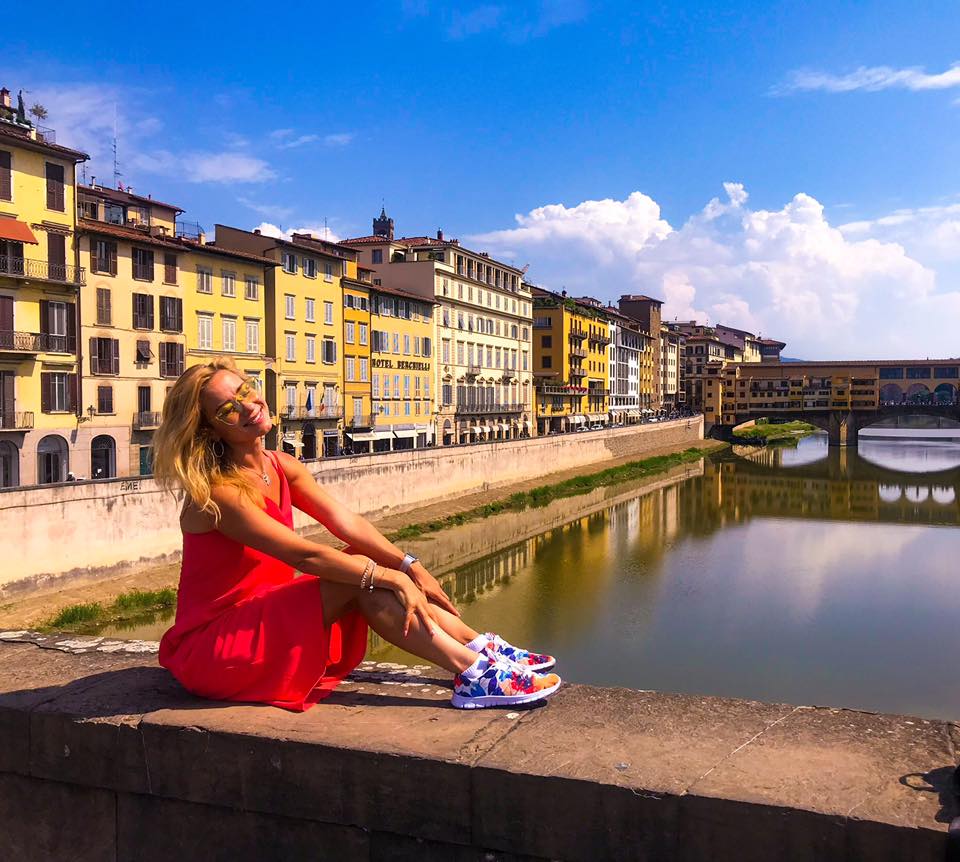 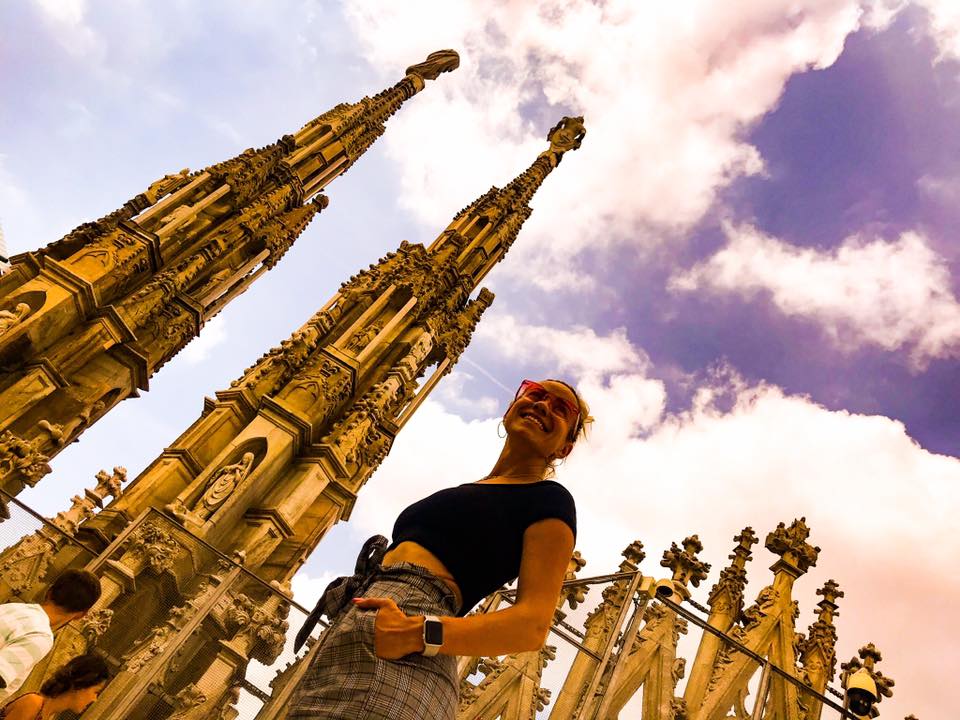 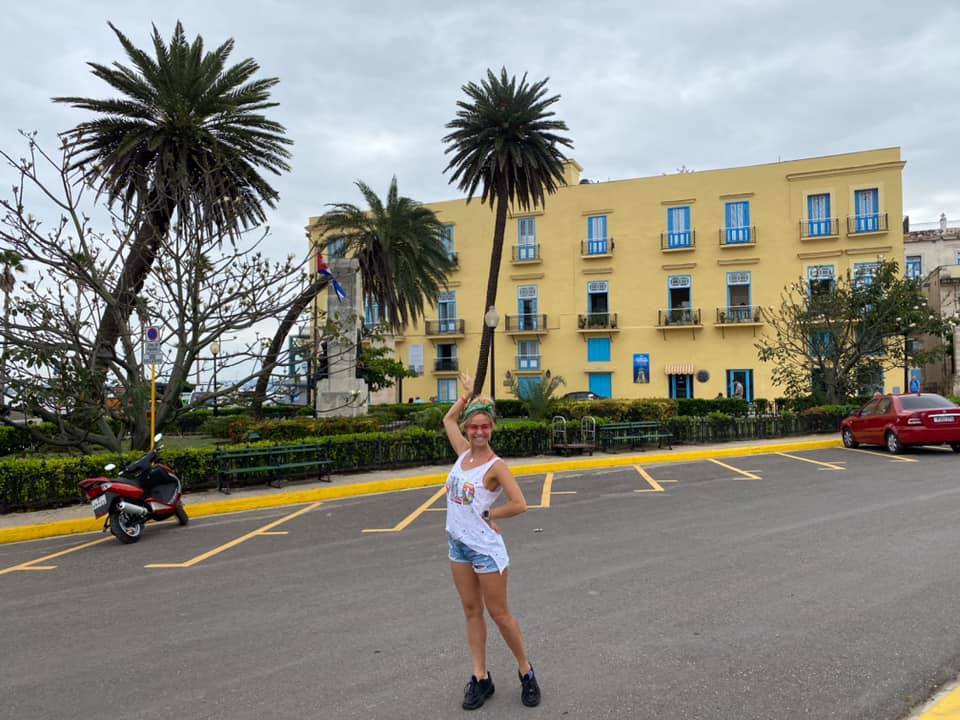 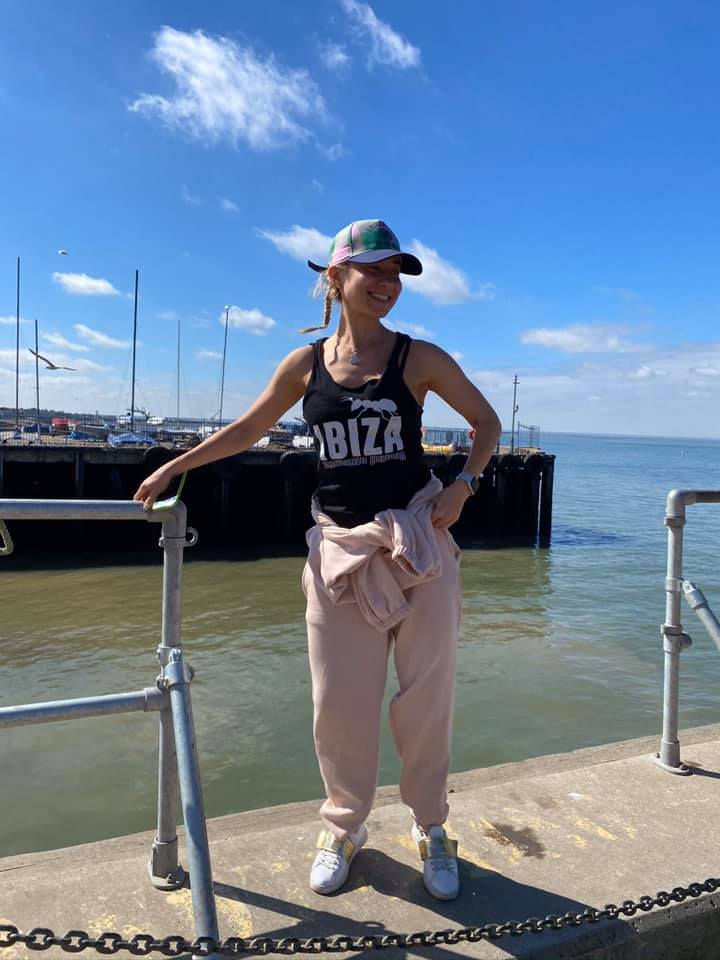 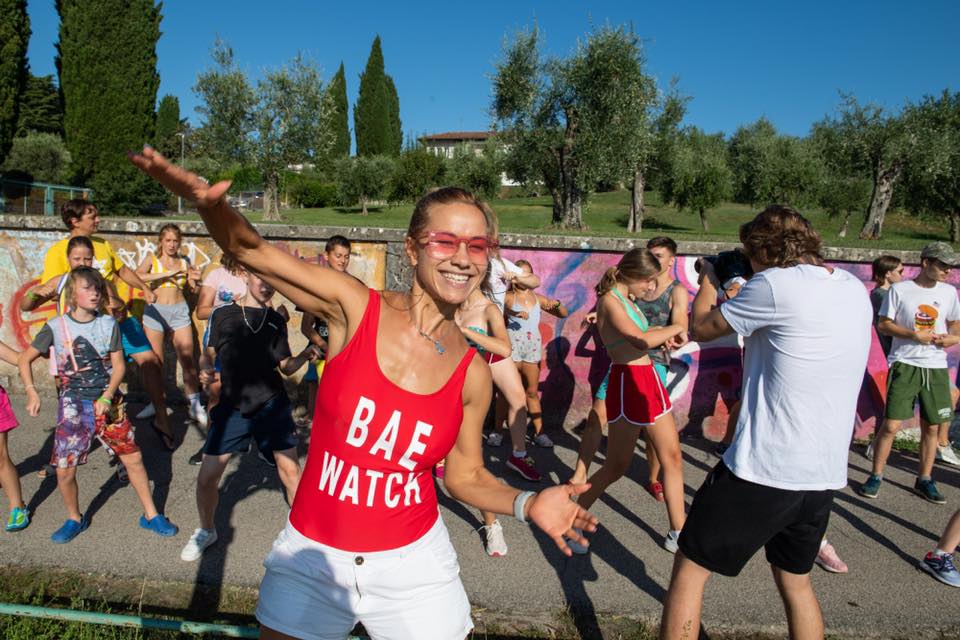 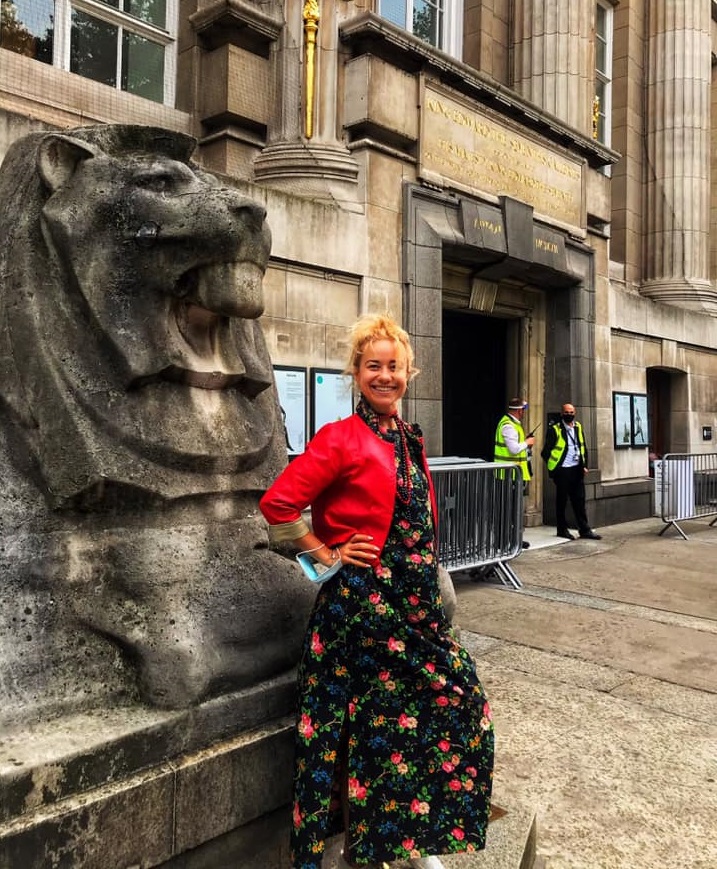 Previous news
Vocabulary Size Affects One’s Ability to Differentiate Between Vowels in a Foreign Language, Say Linguists from RUDN University
Next news
A charming fairy from China — about film translations, language aesthetics and crepes
News
All news
Life in RUDN
“Volunteering is an opportunity to really get to know the world better,” — Karina Beatriz Caceres Ortega, RUDN University student from Paraguay

Life in RUDN
2023 New Year congratulations of RUDN Rector Oleg Yastrebov
Life in RUDN
Great love for the profession and alma mater. The story of Victoria Ismagilova, an excellent student of 10 semesters of RUDN Engineering Academy