Life in RUDN
You might think that only a superman can raise a 217 kg bar when his own weight is just 71 kg, but it is not so. Meet Andrey Andreev - captain of RUDN Powerlifting Team, graduate student of the Academy of Engineering.

How did you start doing powerlifting?

It happened by chance. In the 9th grade at school we pulled up on the horizontal bars with a classmate of mine, then joined the military-patriotic club, later I played volleyball, where I got the second adult class. I entered RUDN and one semester, I don’t know how it happened, but I didn’t get enough credits for sports and I came to the gym, where the guys were lifting weights and I decided I wanted to do it too I met with the national team coach - Anatoly Budarnikov who invited me to the national powerlifting team. And that was the beginning of my "iron life". What is your maximum weight?

Have you had any injuries? And what do you do to avoid them?

Of course, there have been injuries - sprains, convulsions, constant pain in the legs and back, but there were no dislocations, fractures or hernias. There is no way to get away from minor injuries, you have to put up with them and treat them in time so that they do not turn into serious ones. The main principle is a competent approach to the training process: reasonable loads and full recovery of the body. You shouldn’t go too far for quick results. The main thing is sports longevity.

At my first competition I was third. It was the Moscow championship of the Russian Powerlifting Federation in November 2015. Then, at the XXVIII Moscow student sports games I won the first place in the triathlon (squatting, bench press, deadlift) and III place in the bench press. Then 2 years in a row RUDN team became the leader in the team standings at the Moscow student sports games. This was a record number of consecutive victories.

How did you become captain of the national team?

I already do not remember how it was. We have no official appointments. The team captain in powerlifting is a symbolic position, as it is an individual sport. But, of course, I am pleased to be captain of one of the strongest powerlifting teams in Moscow. 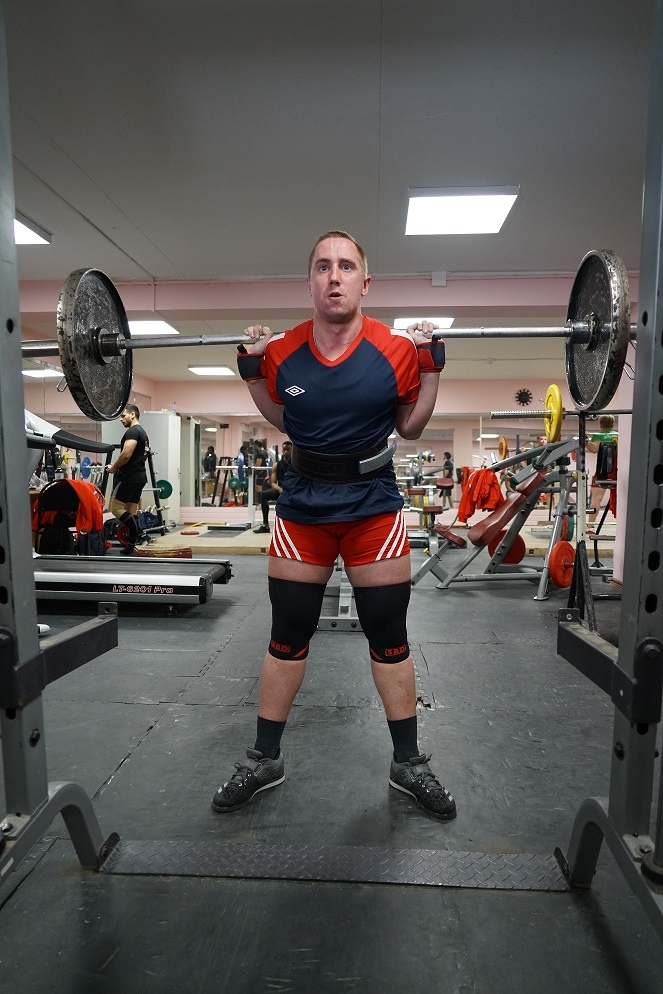 Our team does not need any team building techniques, we all know what is required of us, and everyone does everything for the result. During the time spent side by side in the gym, we have all become friends and help each other. However the work of the coach is important. He always says that in other athletes you need to see not only rivals, but also professional comrades - in no case should you hinder other powerlifters.

What do you need to succeed in powerlifting? Can anyone reach heights?

Long hard work, a lot of healthy food and enough sleep. Anyone can get the title of Candidate of Master of Sports and Master of Sports in powerlifting, but not all are created for world fame. To reach such a level, a person must have the right genetics, tenacity and character, in order to tolerate superhuman loads.

On March 28-31, the Powerlifting Championship of Russia will be held at RUDN (bench press). What are your predictions on the participation of RUDN team?

The national team of RUDN has every chance to adequately act and take one of the first places in the tournament table.

Motivation is the goal of becoming better, stronger, more technical with each workout. Training is a habit, I cannot live without them.

What are the challenges for professional future?

The main thing is not to stop doing sports.

Previous news
"Hunting for the profession of the future" at RUDN University
Next news
“The key aspect in teaching is communication”, - Ekaterina Zvereva says at the International Conference on Psychology, Language and Teaching in Brazil
News
All news
Life in RUDN
“Discussing how to cook paella after civil litigation classes is great,” — Daria Efremova, 10-semester A — student, Law Institute