Life in RUDN
September 29, the federal stage of the Torch Relay of the XXIX World Winter Universiade 2019 began in Moscow covering 30 major cities of the country. Igor Miroshnichenko from is among 51 honorary torchbearers who carried the fire of the Winter Universiade-2019 through the streets of the capital.

The project started on September 20, on the International University Sports Day in Italy in Turin, where a solemn ceremony to light the fire of the Winter Universiade-2019 was held. Torchbearers also ran through the streets of Almaty (Kazakhstan) and Harbin (China).

Igor Miroshnichenko - postgraduate student and a member of the Law Institute of the RUDN University, as well as a three-time Russian champion in powerlifting, absolute champion of the European Cup, World champion, Master of Sport of international class in powerlifting, carried the torch of the Universiade from Frunzenskaya to Luzhnetskaya embankment.

The total length of the route is 7,500 m. The Moscow stage of the Torch Relay in Luzhniki ended with a great festivity.

From Moscow the fire of the Winter Universiade 2019 went to Kaliningrad, where the ceremony took place on October 3. In general, there are 30 cities in the Russian schedule of the winter Universiade-2019 fire route.

The project will be completed on March 1, 2019, in Krasnoyarsk - the capital of the Student Games.

Among torchbearers in Moscow: 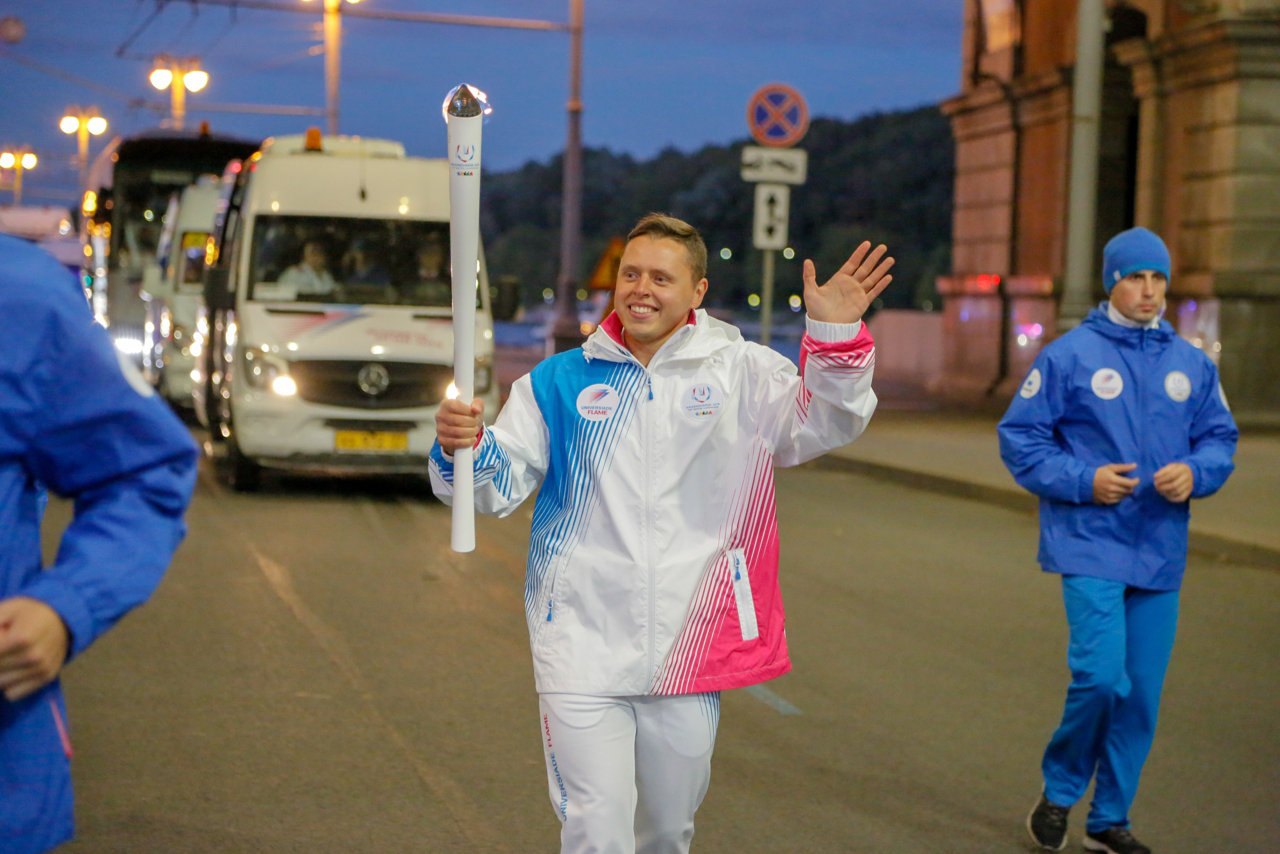 Previous news
From students to lecturers: Anna-Isabel Costales Zavgorodnaya, lecturer at the International University of SEK (Quito, Ecuador) gives a master class
Next news
A conference of staff and faculty dedicated to the development of international cooperation between RUDN University and Aristotle University in Thessaloniki
News
All news
Life in RUDN
63 is the age of accomplishments. RUDN University is always a university of opportunities!