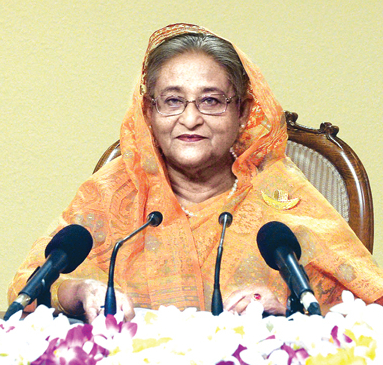 Prime Minister of the People's Republic of Bangladesh

Bangladesh
The title 'Honorary Doctor' was received in 2000
Biography

In 2000 the Prime Minister of the People's Republic of Bangladesh

In March 1996 Sheikh Hasina won the elections and became the first Prime Minister of Bangladesh, having served a five-year term. During the years of her reign the relations with India improved, the agreement on the sharing of the waters of the Ganges was signed.

In the period of 2001-2008 Ms. Sheikh Hasina continued her political activities in the opposition.

In November 2008 Hasina headed her party in the new parliamentary elections, which were scheduled for December 29, 2008. After winning the election Hasina took up the duties of the country's Prime Minister on January 6, 2009.