Media
News
About RUDN
RUDN KVN School: how to learn to have fun

RUDN KVN School: how to learn to have fun

About RUDN
Twenty two years ago, RUDN hosted the first game, which marked the emergence of unique international teams of the Club of cheerful and resourceful, known and loved not only in Russia, but also far beyond its borders.

Upon the initiative of the students currently playing in the domestic KVN Cup and in various leagues of the International KVN Union, the University decided to support students and as Vice-Rector Alexander D. Gladush said: "Teach people to have fun!"

September 18, 2018, RUDN KVN School began its work. Representatives of different generations of KVN teams were invited to the opening talking about the history of KVN at the Peoples’ Friendship University, their way to KVN peaks, and giving advice and recommendations on organizing the team, writing scripts and preparing for the games. Beginning players saw photos from different years, fragments of the most interesting performances of the teams and a film about RUDN KVN movement.

September 22, a team of more than fifty very young and already experienced KVN players, went to a holiday center near Moscow to master the art of creating good mood under the supervision of experienced and renowned KVN players.

The four teams had to prepare for the contest “Welcome performance”. In the two days of the training the participants had a lot of fun and really got involved in exciting business. Perhaps, one of them will soon set a new height for student humor, not only in RUDN, but also in the whole KVN space! 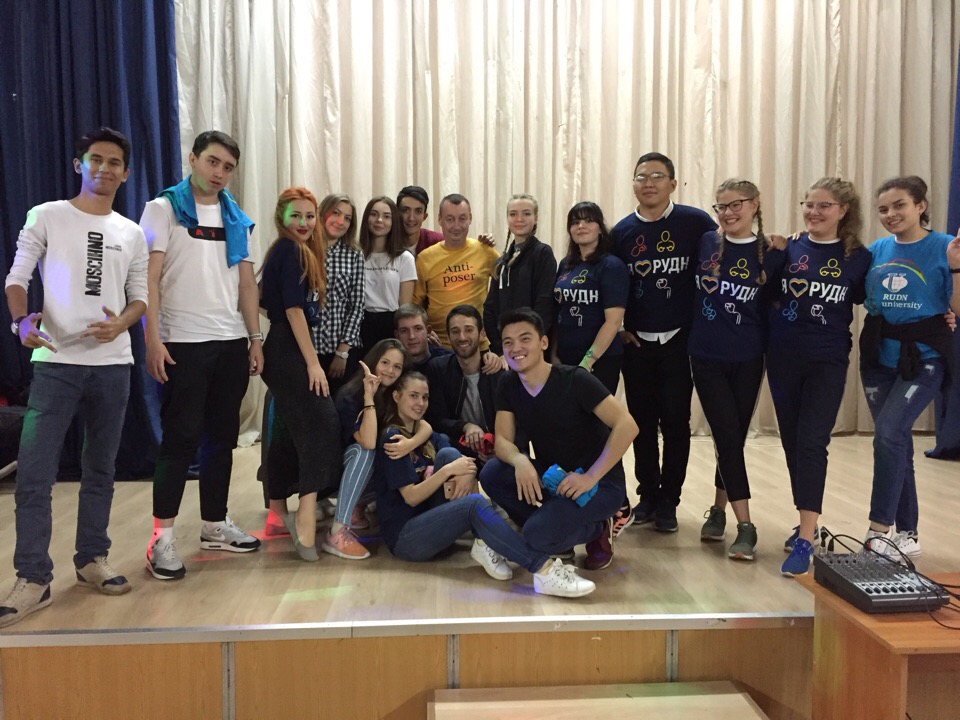 Previous news
Rudn University starts cooperation with agricultural holding MIRATORG
Next news
From students to lecturers: Anna-Isabel Costales Zavgorodnaya, lecturer at the International University of SEK (Quito, Ecuador) gives a master class
News
All news
About RUDN
RUDN University is in 4th place in terms of the number of entries in the TOP-10 of the “Expert” ranking