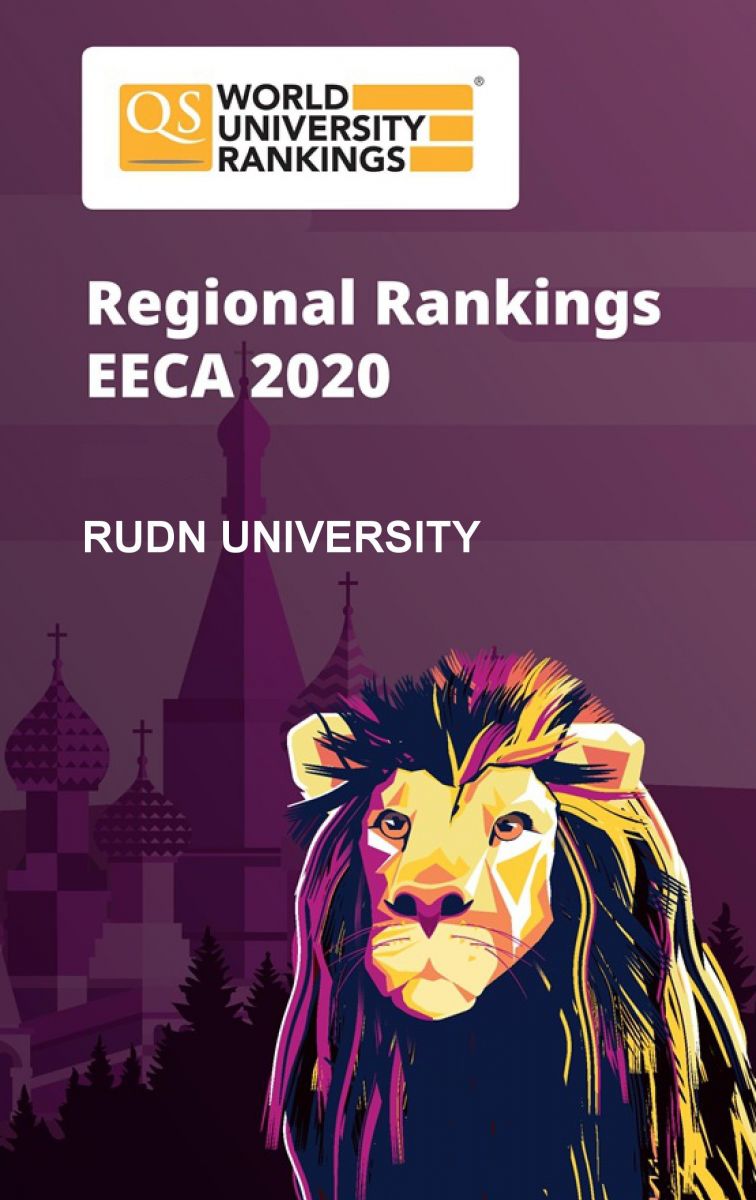 In the QS University Rankings: Emerging Europe & Central Asia 2020 ranking, Peoples' Friendship University of Russia is at the 58th place. Despite fierce competition among the first hundred universities, RUDN during one year rose by 13 lines - this is the most rapid growth among all universities in Russia.

The ranking listed 568 best universities in the region. Indicators were evaluated by 10 parameters. RUDN University achieved the greatest success according to the index “International Students”, gaining 97.8 points out of 100 possible. Experts noted the growth of the university also in areas of employment and recognition of research achievements in the scientific community. Zoya Zaitseva, Regional Director for Eastern Europe and Central Asia, noted the work of RUDN University in terms of “Employment” and “Academic Reputation”, which “are of great importance because they affect all QS ratings, from global to substantive”.

“Such high results became possible, in particular, due to the implementation of the RUDN University internationalization strategy regarding the recruitment of talented foreign students, development of international studies, and strengthening work with foreign employers,”  said Vladimir Filippov, RUDN University Rector.

The Minister of Science and Higher Education of the Russian Federation Mikhail Kotyukov is satisfied with the results of the QS Eurasian rating:

“We have ambitious goals in terms of developing export of educational services that can be achieved by combining modern educational technologies, an innovative approach, the best traditions of the Soviet school and international experience. We consider export of education as a full-fledged sphere of economic activity. The resources of the national projects "Education" and "Science" are investments in the brand "Russian education", which in the coming years should regain its leadership in the most prestigious world rankings".

The QS University Rankings: Emerging Europe & Central Asia 2020 reflects the efforts made by the best universities in Eastern Europe and Central Asia to strengthen their international reputation, create international networks of cooperation with their partners, attract talented international students and create competition in the global education market.