July 5,  VII Russian-Korean Youth Dialogue officially opened in RUDN University. Students from the leading Korean universities came to RUDN to discuss cooperation between young people of the two countries in the frame of the forum “Dialogue Russia- Korean Republic” aimed at developing strategic partnership and activating bilateral cooperation channels. This year the dialogue was joined by students from MSU and SPSU. Korea was represented by 10 universities including Seoul university.

The idea originated in 2008, when President Lee Myung-bak visited St. Petersburg State University and at meeings with the administration it was agreed to start a forum. The idea was supported by President Medvedev and the parties agreed to hold the forum in Russia and Korea taking turns.

This year it was the turn of RUDN University. First Vice-Rector Nur Kirabaev welcomed the participants and stressed that the forum demonstrates strengthening realtions between young people of the two countries.

The students discussed the following topics:

2. Hi-tech in cooperation between Russian and Korean young people;

“5 days is not a long time but I hope that the forum will make Korean and Russian young people friends”, said Chun Sungmin, Director of VII Russian – Korean Dialogue. The Embassy of the Republic of Korea is interested in developing such relations. Minister Ha The Yok attended the opening and addressed the young people: “Both governments are striving to find new ways to develop relations. Russia is a country of opportunities for Korea and an important strategic partner. I want you to take this chance and make the best out of this forum”. 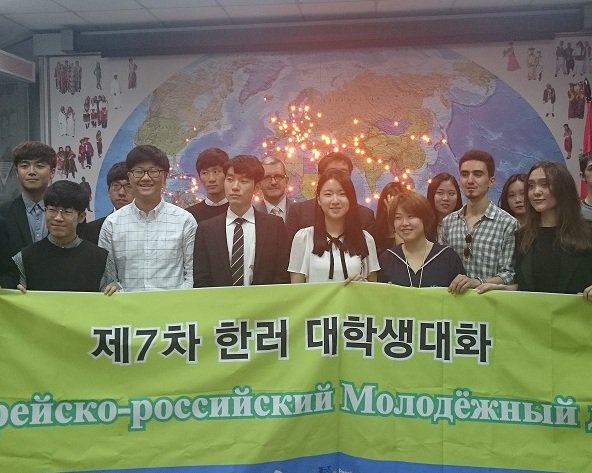 Previous news
The first prize for the best engineering solution of the design of the battery and in static disciplines and the second prize in overall ranking – that’s the success of Smart Moto RUDN in Barcelona!
Next news
Farmer from Africa, banker from Dominican Republic and prison psychologist from South Korea. RUDN University entrants on their plans for the future
News
All news
About RUDN
RUDN University is in 4th place in terms of the number of entries in the TOP-10 of the “Expert” ranking