Career
The signing of cooperation agreements in the field of employment with associations of graduates, the expansion of the International Club of Employers, the symbolic planting of the “tree of friendship» are the results of a working visit of the RUDN University delegation to Côte d’Ivoire.

Past graduates aim to help students find places to practice and work after graduating from RUDN University. In confirmation of their intentions, employment cooperation agreements were signed with the Alumni Association of Côte d'Ivoire and Burkina Faso.

«Many specialists who have received higher education turn out to be unclaimed. At the same time, there remains a deficit in certain specialties in the labor market. The Association offers to give an expert assessment of the most promising specialties of its country as recommendations for applicants», - Yeo Adama graduate of RUDN University, first President of the Association of African Students (ASSAFSTU), member of the Human Rights Commission of the Republic of Côte d'Ivoire, professor at Alassan Ouatar University (L 'université Alassane Ouattara, université de Bouaké).

The meeting was attended by representatives of the Embassy of the Russian Federation - First Secretary Arthur Tabulov and Attache Roksolana Kokitko.

The meeting was attended by businessmen who applied to join the International Club of Employers. Among them:

At the invitation of the owner of the plant, a graduate of the University of Pyatigorsk, Cuadio Pascal, the delegation visited the enterprises, got acquainted with the production process, discussed the possibilities of student internships in practice and the prospects of interaction with Russian companies.

The most interesting areas of cooperation from the point of view of employers are the practice and internships of students, and this is not only about African students, but also about Russians. Businessmen are also interested in developing bilateral relations with Russian business. Ivorian companies are ready to export cocoa beans / chocolate, fruits, coffee and wood and are looking for partners in Russia. The directions of oil, gas and gold production were also called promising.

The delegates held talks with the President of the Russian-Ivorian Chamber of Commerce and Industry «Sirus» Henri Douai Tai, established in 2016. The meeting resulted in an agreement on the chamber’s membership in the International Club of Employers and support to club members in establishing mutually beneficial strategic and economic partnerships. The members of the chamber will take part in the Festival «I want to work in Africa», which will be held in the fall of 2019 at RUDN University.

RUDN University representatives also met with the Ambassador of the Russian Federation to the Republic of Côte d'Ivoire and Burkina Faso Vladimir Baykov. They discussed the prospects for further work in the country: the development of the graduate movement, the promotion of the Russian language, and student enrollment. The country has all the reserves for implementing systemic measures in the field of education: partner universities, employers, active graduates. Applicants are also interested in studying in Russia. The plans include the continuation of the study of questions on the opening of Russian language classes, the holding of Olympiads, the inclusion of labor market participants in the training of specialists.

Representatives of universities emphasized their interest in specialists in the field of the Russian language. In particular, more than 8 RUDN graduates work at the Cocodi International University, and Russian is already being taught there. Rector of the University Ippolit Teko expressed gratitude to RUDN University for the training of qualified specialists who do everything possible to develop the university.

In honor of the upcoming 60th anniversary of RUDN University on the territory of the International University of Cocodi, the participants in the meeting planted a «tree of friendship». 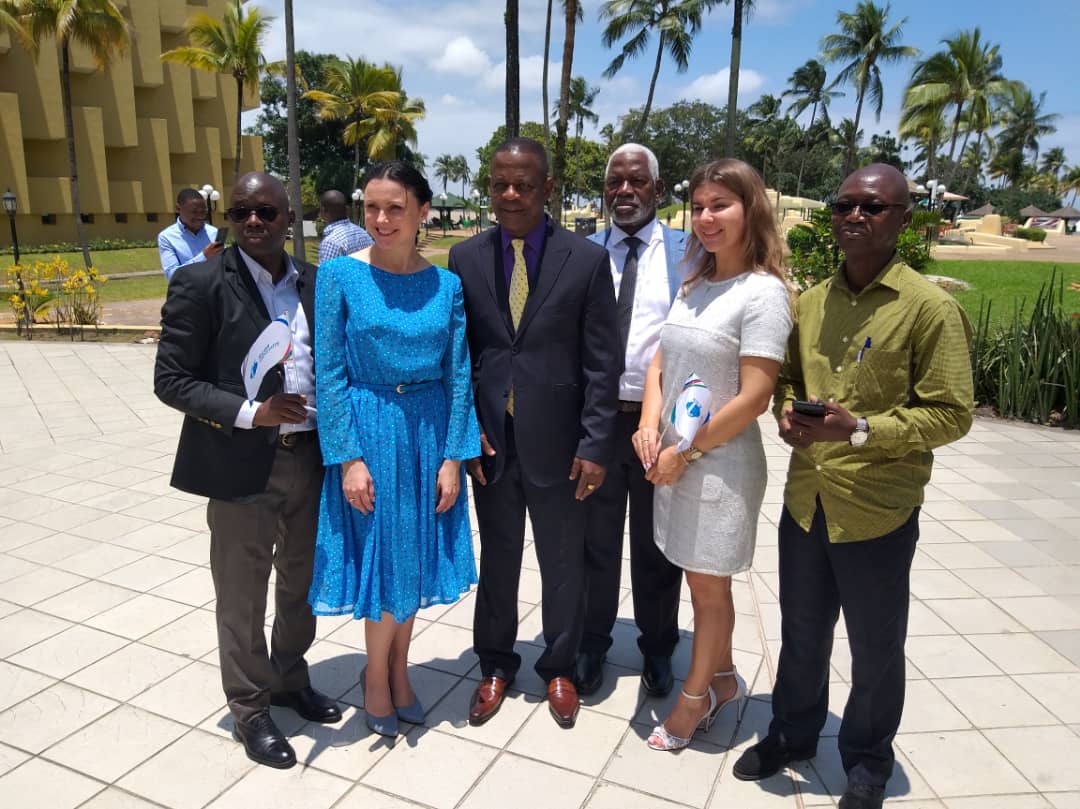 Tags: green university
Previous news
A new researcher in the 5G Wireless Networks Modeling Center
Next news
From the Barents to the Sea of Azov: participants at the 3MUGIS RUDN Summer School study the landscapes and soils of Russia