Media
News
International cooperation
First-hand: more than 1,000 schoolchildren of resource centers at the exhibition “Time to Study in Russia”

First-hand: more than 1,000 schoolchildren of resource centers at the exhibition “Time to Study in Russia”

International cooperation
During the first hour of work, 1,000 schoolchildren from resource centers in Mongolia, Syria, Turkey, Bulgaria, Tajikistan, Moldova and Kyrgyzstan visited the online exhibition “Time to Study in Russia”. On December 17, the online opening of the exhibition took place at RUDN University site.

“The exhibition is dedicated to children who study at resource center schools with in-depth study of physics, mathematics, biology, chemistry and the Russian language and want to enter Russian universities. In resource centers around the world future foreign applicants can master subjects necessary when entering Russian universities without leaving home. Education standards in our countries differ. And we, the leading Russian universities, want to help bring your knowledge in line with the standards of the Russian educational system for convenient studies in Russia,” said Larisa Efremova, Vice-Rector for International Affairs of RUDN University and Chairman of Inkorvuz XXI, opening the event.

Nikolay Sukhov, head of the Rossotrudnichestvo office in the Syrian Arab Republic, spoke in support of the project to create resource centers and the “Time to Study in Russia” exhibition. He noted that the exhibition is an initiative that allows potential foreign students of Russian universities to learn about the ways to get quality education in Russia. Presentations and webinars by representatives of leading Russian universities will help visitors of the exhibition learn about areas of training, admission rules for the next year and the opportunities that Russian education provides.

Nikolai Sukhov believes that in Syria, which is under unprecedented pressure from Western sanctions, Russian higher education is the only chance for Syrian youth.

In November 2020, a resource center for students of the private school “Al-Asseya”, one of the oldest and most prestigious schools in Damascus was created. This is an opportunity for schoolchildren to get higher education in Russia and to return to Syria to rebuild their native country.

Anastasia Minina, Vice-Rector for International Affairs of the St. Petersburg State Electrotechnical University noted that throughout its history a large number of foreign students from all over the world study at SPSEU. After the presentation of the university, Anastasia Minina said that recently SPSEU joined the project to create resource centers abroad and in the near future will begin to establish communication with all sites of resource centers: conduct webinars, teleconferences, introduce new formats and approaches of interaction with each student and teacher of the center. Alexander Babaev, Coordinator for external relations of a private Moscow International School in Antalya, executive secretary of the Coordination Council of organizations of Russian compatriots in Turkey, addressed the exhibitors via video communication.

He said that over the year of the existence of the resource center at the Moscow International School, he sees a number of advantages: the level of training of students in specialized subjects has increased, teachers from Russian universities are preparing for the exam, and there are also benefits and additional points for students of resource centers when entering Russian universities. Alexander Babaev shared with the exhibitors his first joyful results — two graduates of the Moscow International School have already entered MIPT.

Vladislav Levshenkov, a 1st year student of the Master’s program in Political Science, spoke about student life and studies at the Peoples’ Friendship University of Russia.

After the grand opening of the exhibition, a series of webinars for schoolchildren and teachers of resource centers was held. The webinars were held by representatives of five Russian educational organizations: Peoples’ Friendship University of Russia, MIPT, MEPhI, RANEPA and St. Petersburg State Electrotechnical University.

The event was organized as part of a project to create resource centers for Russian education abroad for children and adolescents. Currently, seven resource centers have been created and are successfully operating on the basis of secondary schools in Bulgaria, Kyrgyzstan, Mongolia, Tajikistan, Turkey, Syria and Moldova.

The priority task of the centers is to select and prepare talented schoolchildren for admission and study at Russian universities, through in-depth study of general education subjects (mathematics, biology, chemistry, physics and others) in Russian. Experts from leading universities teach in resource centers 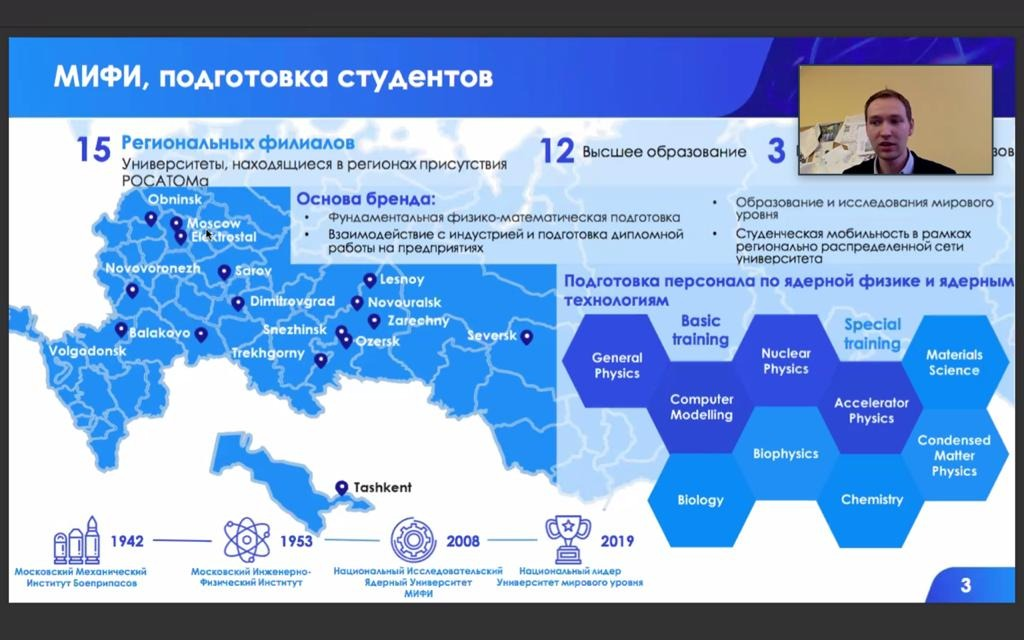