International cooperation
In the capital of Bolivia, the Square of Peoples’ Friendship was opened in honor of cooperation with Russia and as a symbol of the fight against climate change. Representatives of the government, city hall, embassies of Russia and RUDN University planted 5 tahibo trees around the area. According to Larisa Efremova, Vice-Rector for International Affairs at RUDN University, this step is only the beginning on the path to preserving the green world.

“Our tasks are to strengthen the economies of our countries so that they are developed, not developing. We need to create the conditions for new developments and innovations. And we see the contribution of Russia in the form of training highly qualified specialists. Every year, 3,000 citizens of Latin America study in Russia, 1,000 quotas are allocated to the region annually. RUDN has examples of working educational projects in the Dominican Republic, Ecuador, and Guatemala. And we are ready to accept new talented children from Latin America - we open specialized classes, hold Olympiads, give out additional scholarships from the university,” said Larisa Efremova, Vice-Rector for International Affairs, Chairman of the International Coordinating Council of INCORVUZ-XXI Educational Institutions Graduates.

“The Peoples' Friendship University of Russia will help prepare highly qualified specialists and develop tourism and science. He will assist in the creation of a technology park and in the development of international economic relations, as well as in increasing trade and researching climate change, ”- Iván Jorge Arciénega Collazos, graduate of RUDN University, Mayor of the capital of Bolivia, the city of Sucre.

September 24, a round table "Prospects for joint scientific, educational, industrial and social projects in the framework of the development programs of Latin America" was held. There were proposals from the Russian side to expand the cluster approach of RUDN University - a new export model for Russian education, as well as strengthening the international club of employers by representatives of Latin America. The Moscow Chamber of Commerce and Industry made a proposal to join the Business Market project.

On the same day, in the capital of Bolivia - the city of Sucre - the grand opening of the Square of Peoples’ Friendship took place. Representatives of the government, city hall, embassies of Russia and RUDN University planted 5 tahibo trees around the area. These trees are not afraid of the windy climate, they have a lush green crown, which in the summer gives a dense shadow. This was the beginning of the park, in which various trees and shrubs will grow - as a symbol of the friendship of peoples. The square is on top of a hill in a young area near the airport.

“Siberian forests were burning in Russia, and now fires swept the forests of the Amazon basin. The ecological world is in danger. The green world depends on us, graduates of Russian universities. We must save it for our children and grandchildren. These trees are just the beginning ”, said Larisa Efremova, Vice-Rector for International Affairs, Chairperson of Incorvuz XXI

The Mayor of the capital of Bolivia, Iván Jorge Arciénega Collazos, graduate of the RUDN University, signed documents on awarding the area with the name “Peoples' Friendship Square”.

“We want to show the whole world the importance of social power in preserving water, forests and land for our children, for the whole people. And the square of ​​friendship of peoples is a symbol of the fact that our strength is in diversity and unity, that peace is possible without racism and without interethnic problems. I am glad that with us is the Russian University of Peoples' Friendship, which will help develop cooperation in the field of science, medicine and education, which is our most important priorities. We are here to plant a tree, to begin life, so that our friendship can save our planet. This square will forever be called the Square of Peoples’ Friendship”.

September 25, an awarding ceremony was held for activists of the Federation of Latin American graduates of Russian and Soviet universities. Mayor of Bolivian capital Ivan Jorge Arciénega Collazos, graduate of RUDN University, awarded Vice-Rector of RUDN University Larisa Efremova with the title of Honorary Citizen of Sucre. 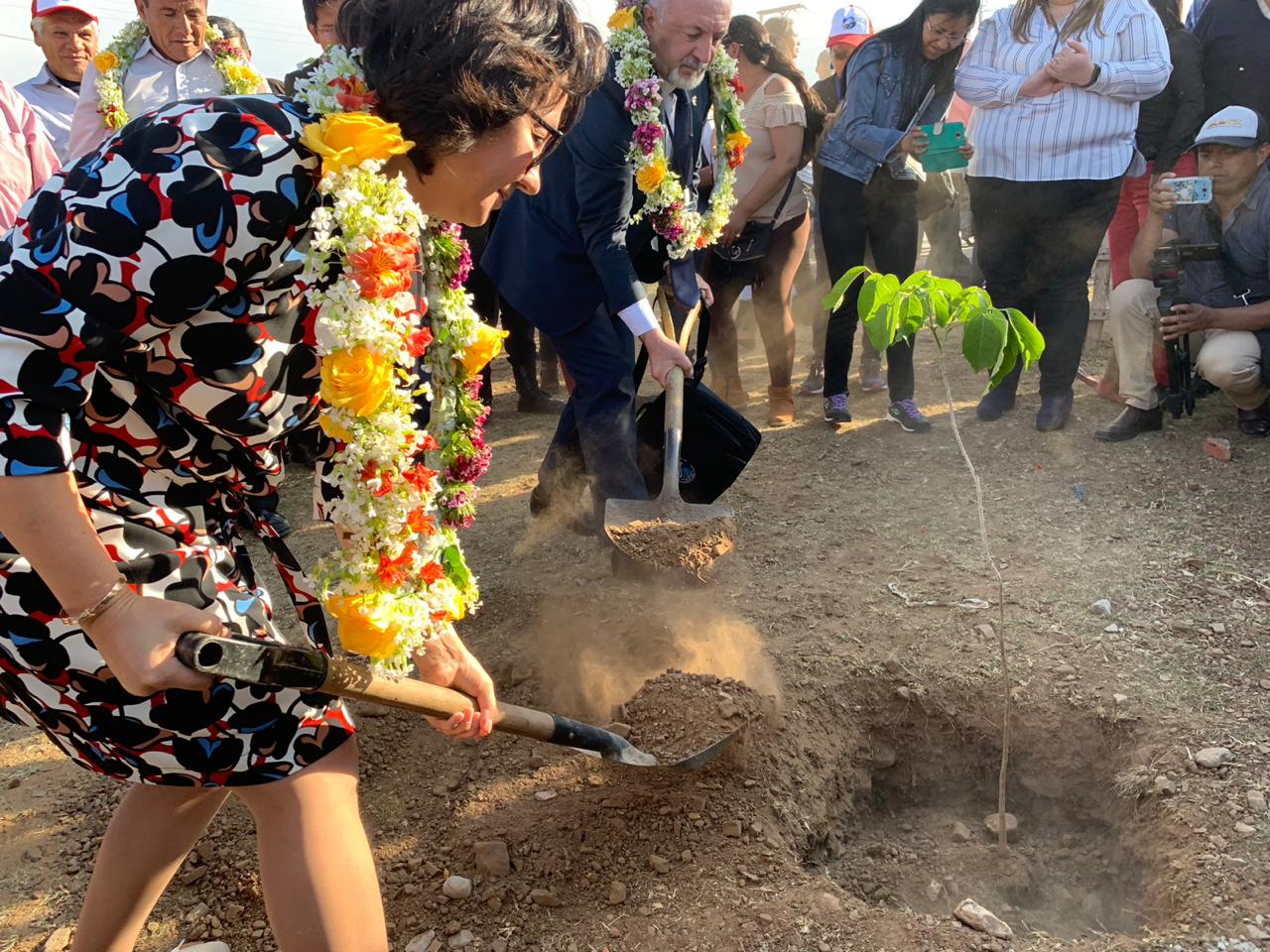 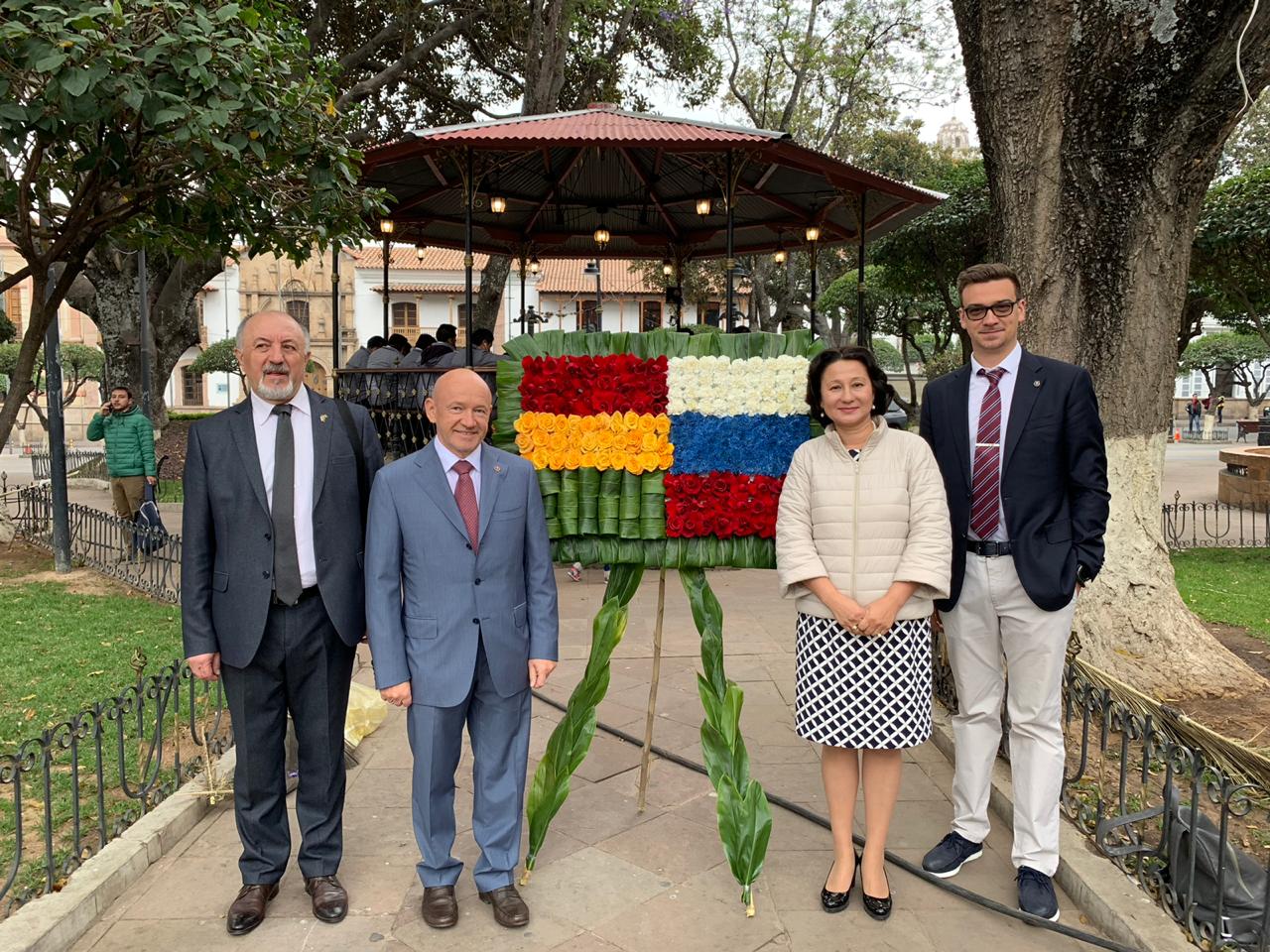 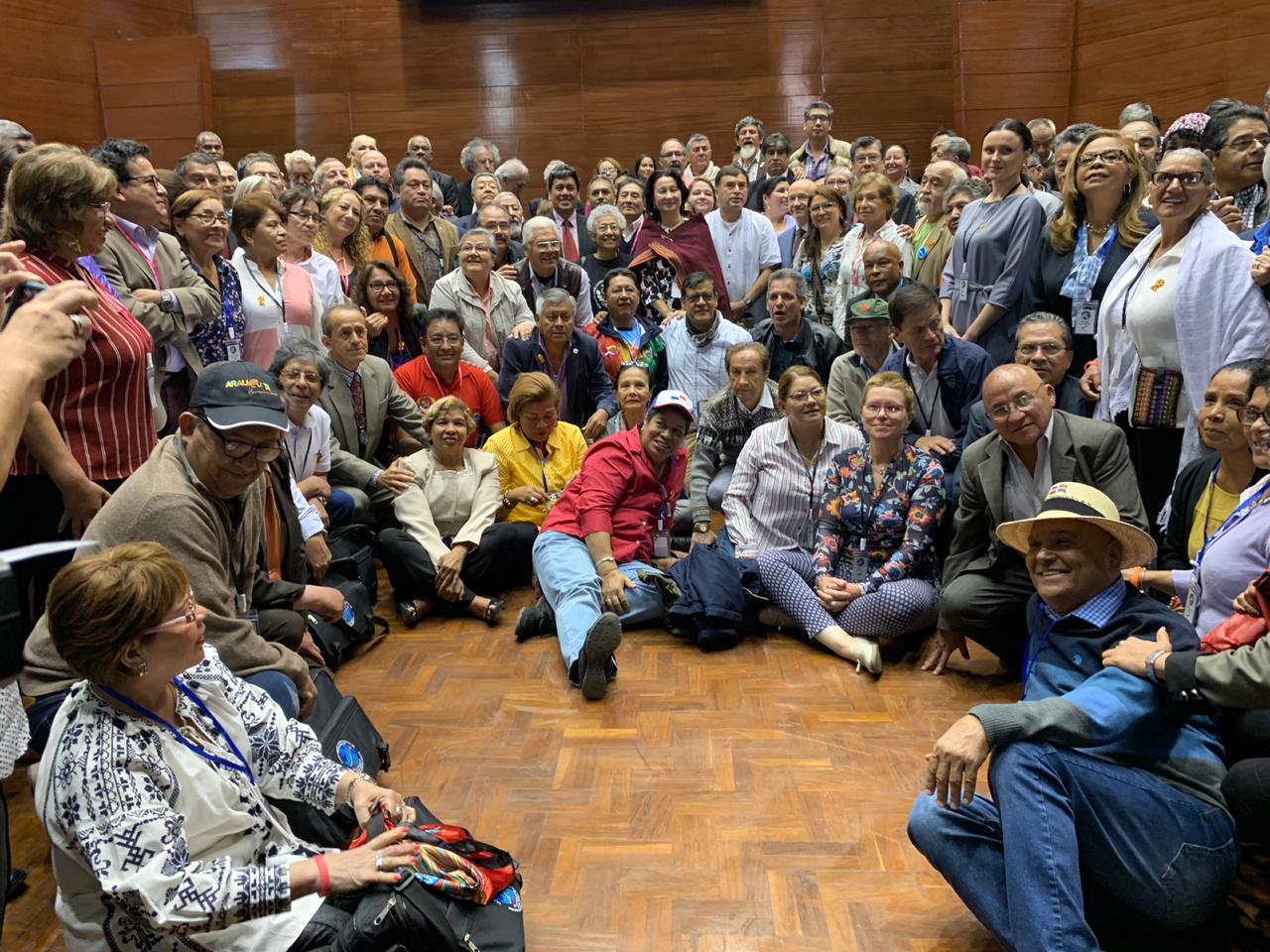 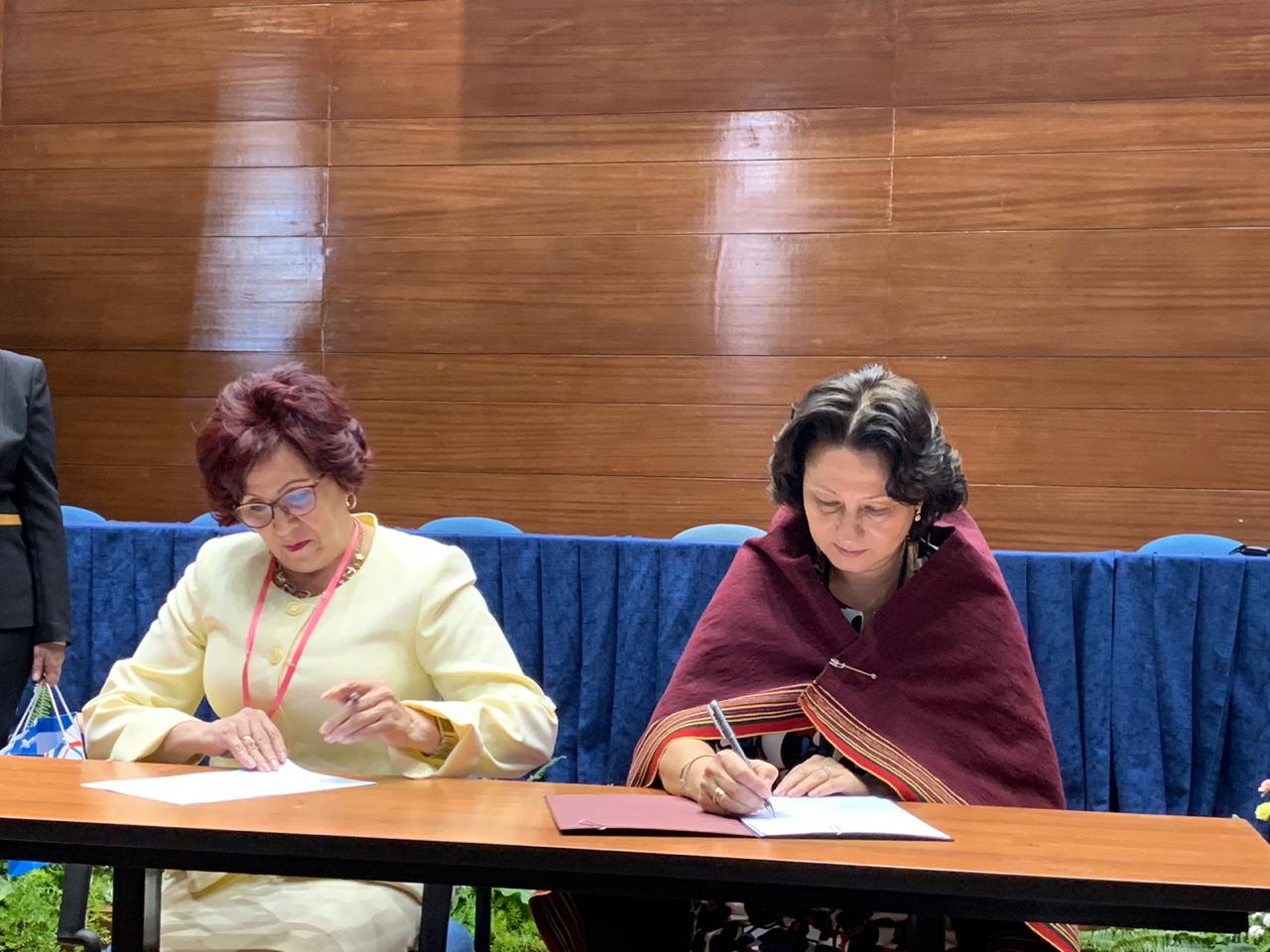 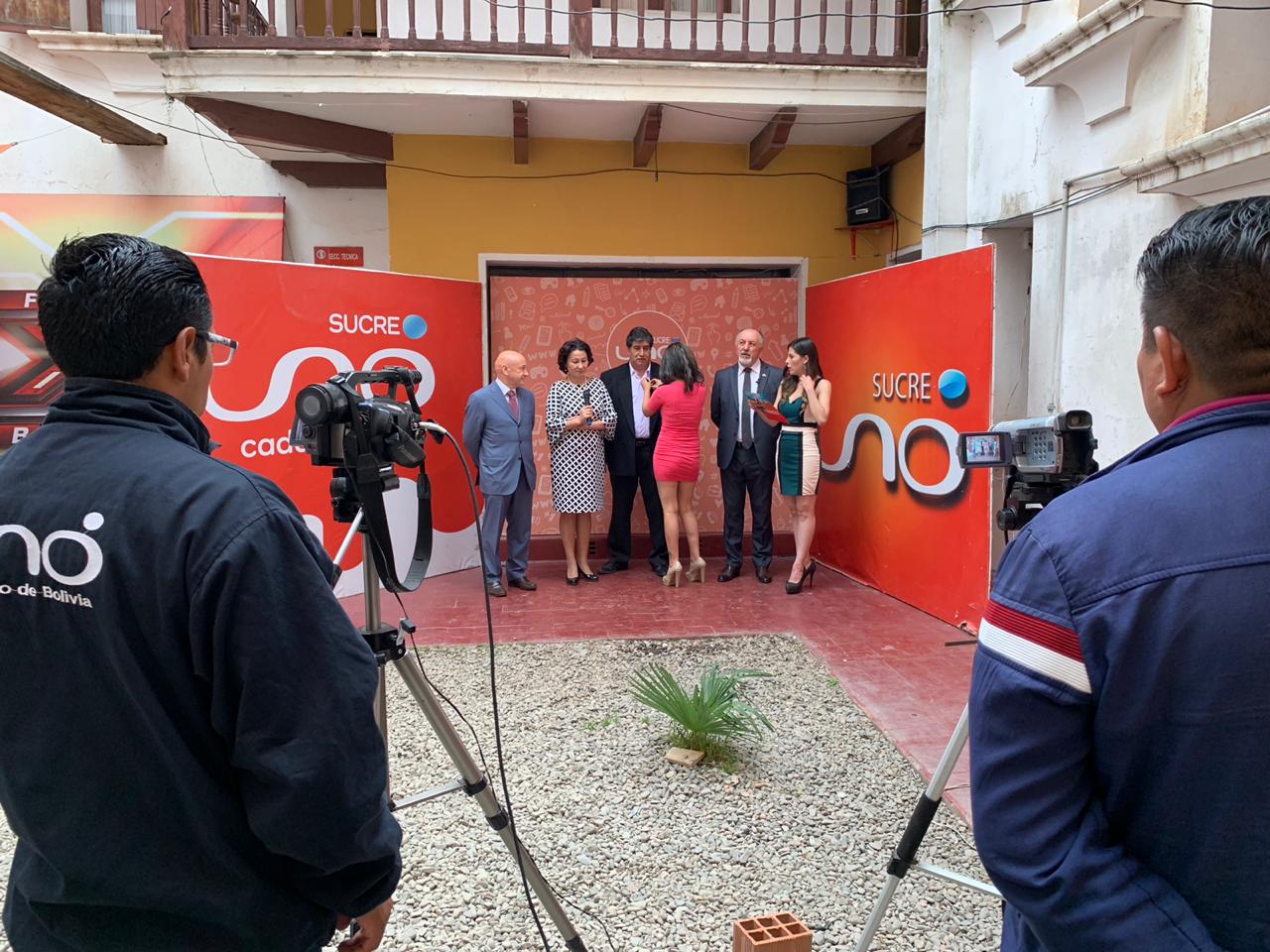 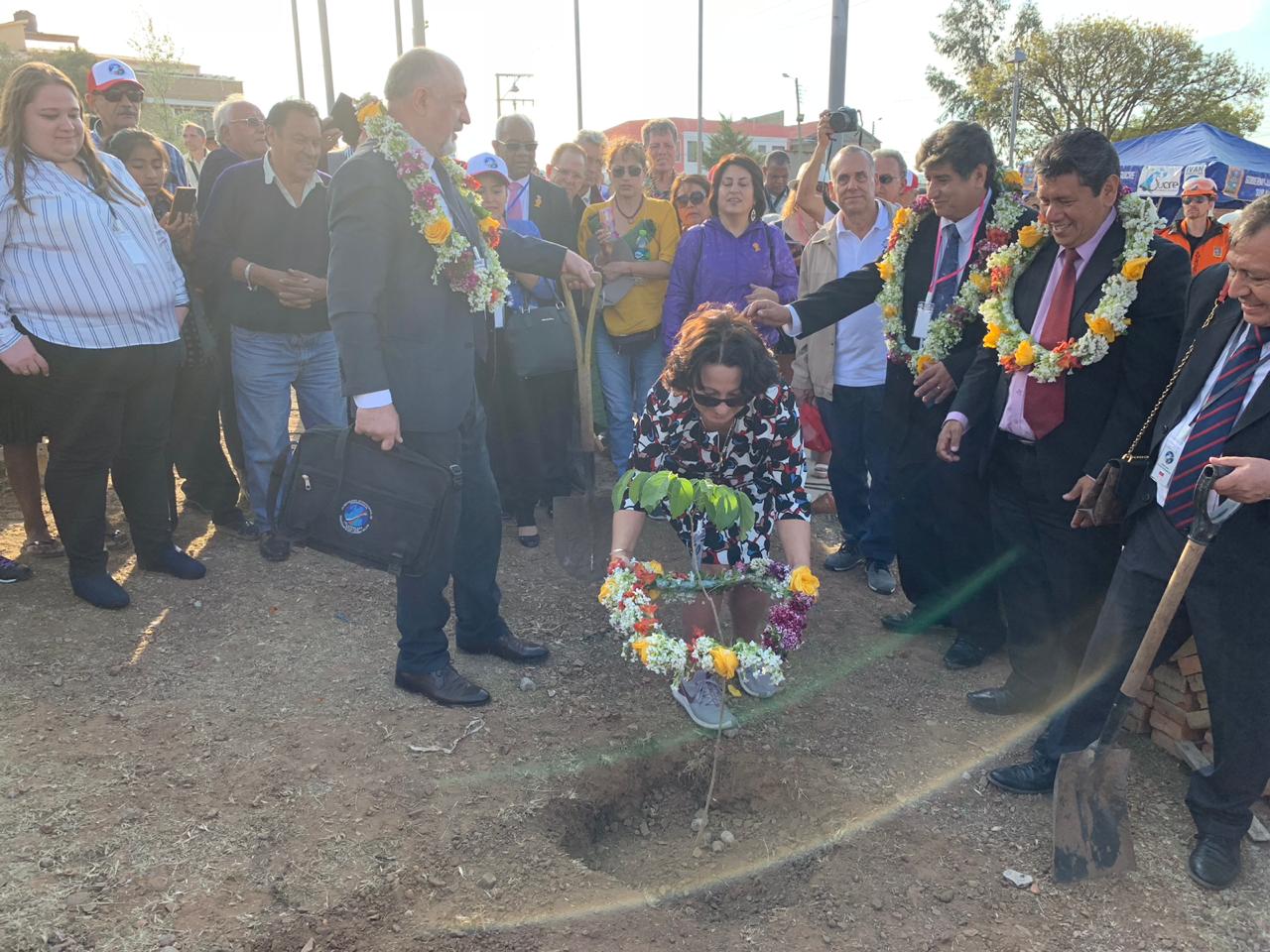 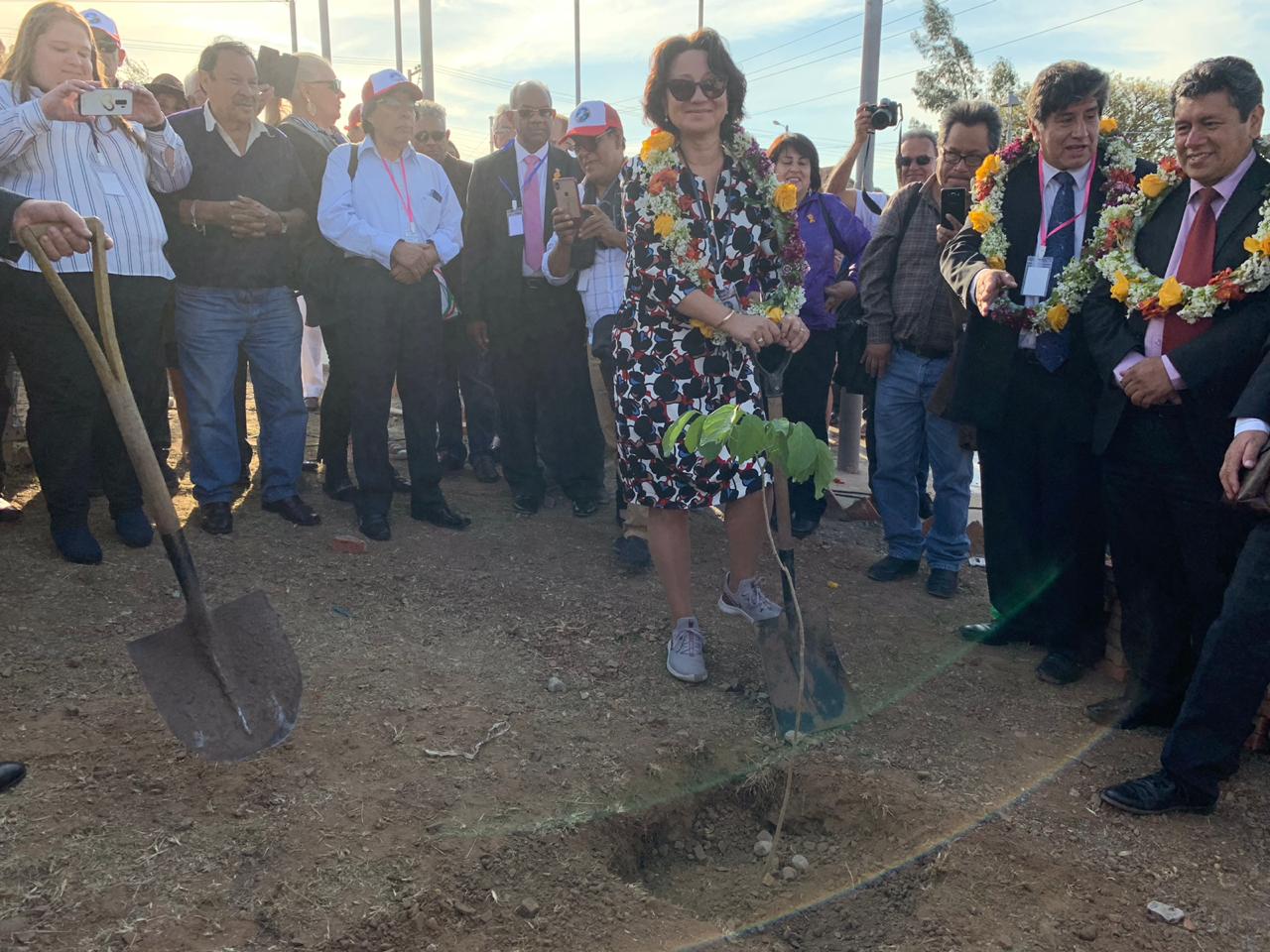 Previous news
300 representatives from 18 countries meet at the VII Forum of Latin American graduates of Russian universities in Bolivia
Next news
Chemistry of the Future: Chemistry Students Meet with Lumiprobe Representative
News
All news
International cooperation
An Olympiad for schoolchildren, an exhibition for applicants, an alumni forum... RUDN University delegation visits Mongolia