Workshop for journalists of the Czech Republic

International cooperation
October 4-6, 2018, in the Czech Republic (Prague), workshops were held for journalists of Russian-language media and students of journalism departments of Czech universities. 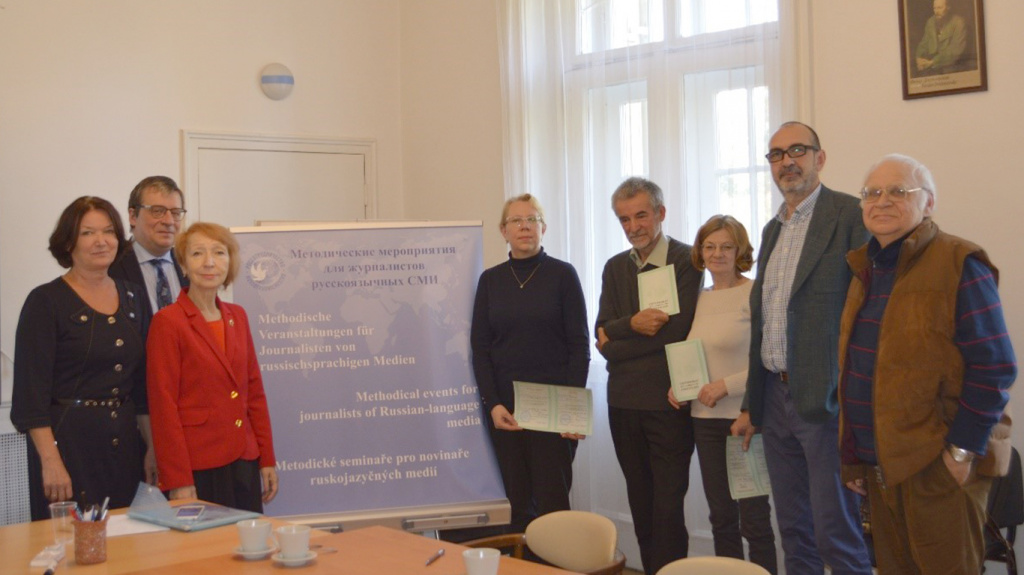 The seminar was held in the framework of the direction “Development and dissemination of the Russian language as the basis of civic self-identity and the language of international dialogue” of the state program of the Russian Federation “Development of Education” and was organized by Peoples' Friendship University of Russia with the support of the Representative Office of Rossotrudnichestvo in the Czech Republic.

The workshop was opened by Andrei Konchakov, acting head of the Rossotrudnichestvo rep office in the Czech Republic. He spoke about a series of events that are organized in the offices of Rossotrudnichestvo in foreign countries to discuss topical issues of the state of the media in Russia and Europe, the specifics of the Russian-speaking media in the world and in the Czech Republic in particular, as well as the Russian language in modern journalism.

Ludmila Khochunskaya, PhD, Associate Professor of the Department of Mass Communications of the Faculty of RUDN University, Member of the Union of Journalists of Russia, made a presentation on the topic “Modern Mass Media: Global Trends and Transformation Factors”.

Alevtina Kolosova, Associate Professor of the Department of Mass Communications of RUDN Faculty of Philology, told about the technology and tools of multimedia journalism. Both presentations sparked a lively discussion. The participants also discussed the problems and prospects for the development of modern Russian-speaking journalism in the Czech Republic.

During the round table, participants discussed current trends in the development of journalism, the impact of the information environment on journalism, issues of modern style and practice of literary editing of texts in Russian, aspects of the technological and meaningful interaction of Russian, Russian-language and foreign media, how modern media present and interpret historical problems, current research areas, trends in the development of the Russian language, and the education system in modern Russia.

At the end of the event, all participants were awarded RUDN certificates. 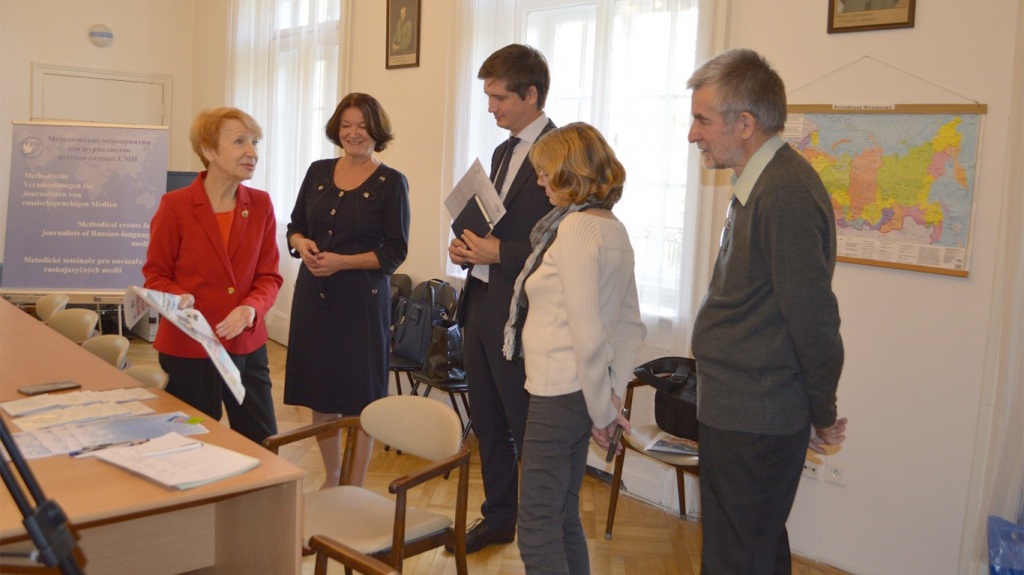 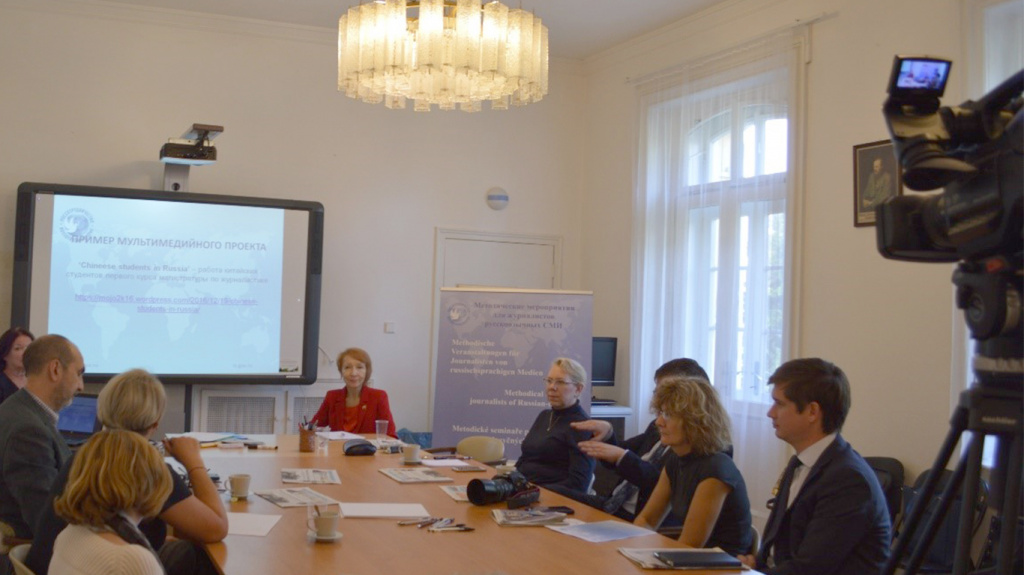 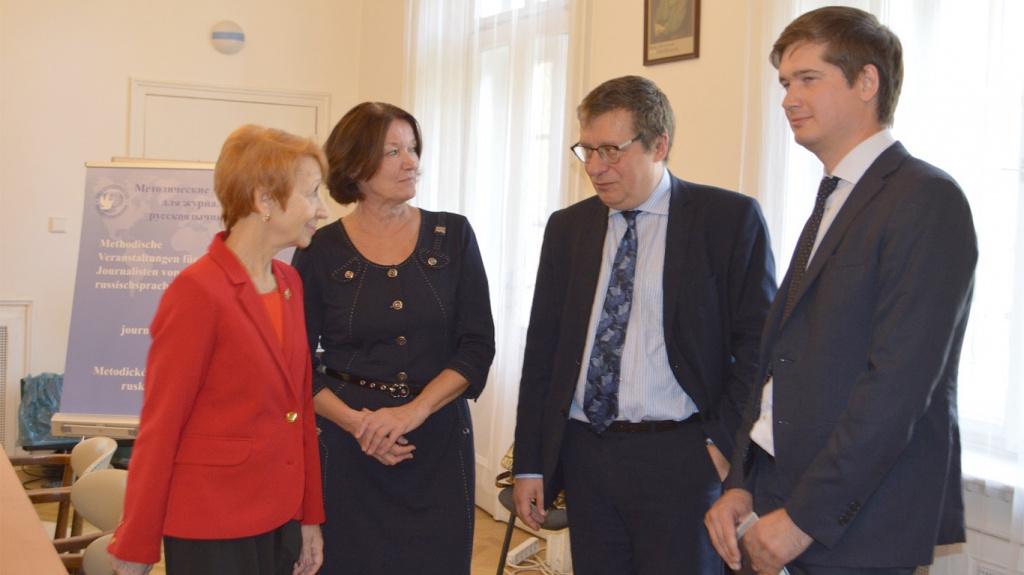