Future depends on us, or how RUDN students help children-orphans’ dreams come true

Life in RUDN
25-27 October, Moscow hosted the international stage of football competitions among children-orphans «Future depends on you» with the participation of 11 teams from 10 countries assisted by 22 RUDN volunteers.

At the opening ceremony 26 October, S.Soldatenkov, Megafon General Director said: «12 years ago we started this tournament as a small regional project, while today it has become international. Next year we are planning to bring together 24 teams from 20 countries». Megafon and RUDN signed a memorandum of cooperation to prepare the next stages of the competitions.

The teams came to Russia 25 October to be met by RUDN students who helped them get by in Moscow since children had a lot of challenges in the capital. For some of them it was the first time abroad, some expected snow and others were afraid of heavy traffic. 22 volunteers teach peoples’ friendship, which was noted by RUDN Rector who said that the project is a wonderful example of an international tournament where children learn to make friends for life. Vladimir Filippov wished the participants to become football stars.

26 October, Vitaly Mutko, President of the RF Football Union opened the games playing the ball with the youngest participant from Orenburg (Russia). The struggle between the  teams was very tough. Georgian and Pakistani teams were loud and emotional – even more emotional than Brazilians. The most waited for match was Georgia – Brazil, which led to the first missed goal of Brazil.

Nothing stopped the participants from enjoying the atmosphere and believing in themselves. RUDN volunteer of the Mauritius team said: “The future really depends on us. Children are our future and we should teach them to live – also through sport, work and friendship. We have to start building future now and if I want to become a good manager in a transnational company I have to learn to manage an international team. This project is a good site to practice these skills. Volunteers working with Brazil had more work than others – journalists liked this team very much so there was a lot of interpreting that was really brilliant. One of the volunteers of the team is a future economist planning to work with Unilever and this competition is good and challenging experience.

«Future depends on you» competitions has been held by Megafon with the support of the RF MFA, Ministry of education, Ministry of sport and the RF Football Union since 2005. It is aimed at physical development and socializing children and helping them find families. The World Football Championship for children-orphans «Future depends on you» will be held in May 2018 and bring together 24 teams from 20 countries. 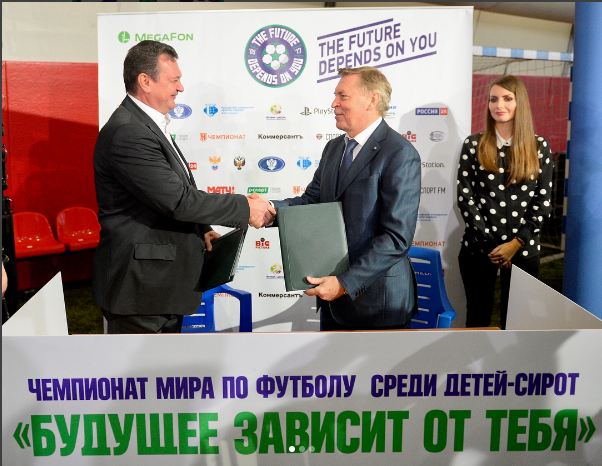 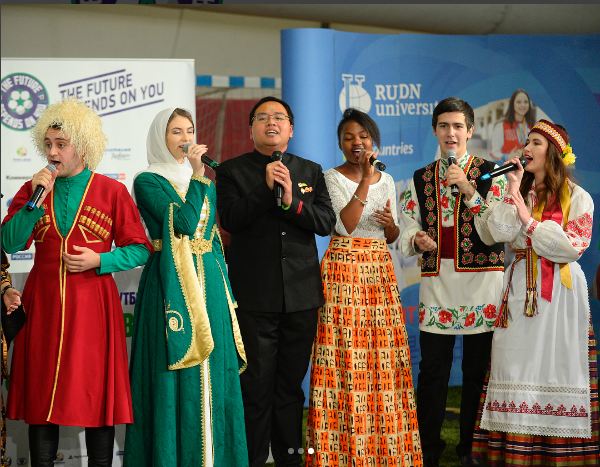 Previous news
RUDN enters the second group of «5-100» Project universities-participants presenting its Road Map for the next three years at the meeting of the International Board
Next news
RUDN signs a Memorandum of cooperation with the Association of Brazilian private universities
News
All news
Life in RUDN
“Discussing how to cook paella after civil litigation classes is great,” — Daria Efremova, 10-semester A — student, Law Institute