Media
News
Life in RUDN
“I moved to Moscow with no money, so I opened a business” — Anastasia Fayzulenova, student of RUDN University’ 2013

“I moved to Moscow with no money, so I opened a business” — Anastasia Fayzulenova, student of RUDN University’ 2013

Life in RUDN
At the age of 18, Anastasia founded the Casablanca dance school, where she attracted an investment of 42 million rubles. Now 26, she has created a health management service called Checkme. In 2021, she was nominated for the “30 Most Promising Russians Under 30” ranking according to Forbes in the “Entrepreneurs” category. Read her interview to know how to run a business and achieve success, what tests entrepreneurs go through and about self-development. 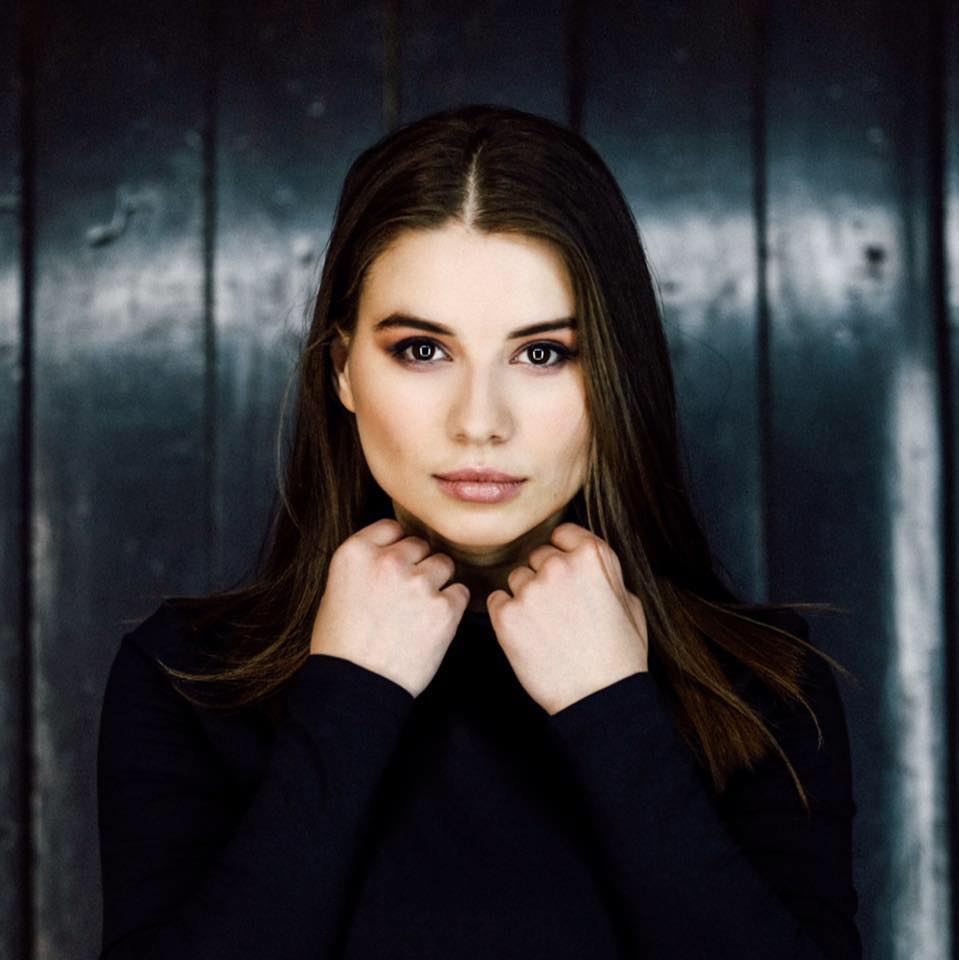 All my life I dreamed about it. But when I saw it, I did not experience the pleasure that I had expected. The moment I achieve some result — I immediately reset it to zero. I do not have time to enjoy the moment, because I set a new task.

And what does getting into the Forbes list do?

This is prestigious. You are marked by a competent Russian jury — entrepreneurs, investors and consultants who have weight in their field and watch everyone who is doing something now. They choose based on metrics of revenue, past background, investment attractiveness of the project, and so on. Forbes invests a lot of money in this and promotes us. It became easier to advance, and I often hear the phrase “Oh! We saw you in Forbes.”

Everyone on this list is awesome. Each person on the long list delivers services to a huge number of people. Some of them are changing the gaming market and employing millions of people. And I am developing the medical market in Russia and doing health check-ups as a regular practice.

Is this victory only yours?

It is mine. But there would be no me with the current background without investors and creditors. I founded my first business when I was studying at RUDN — it was the Casablanca dance school on Shabolovskaya. For this project, the lender gave 500 thousand rubles on receipt. He saw my burning eyes and a twisted idea. Then, of course, this is the last thing they pay attention to. They look at how you are able to “calculate the market capacity” and what you are doing.

If I hadn’t been not supported, it would have been more difficult to achieve what we have now. Thanks to the people around me, I have been moving on to succeed. Where did you get the background that made you the way you are today?

When I arrived at RUDN, I had to spend the night in a dormitory of another university with my classmates from Severodvinsk — I was robbed in the metro. They stole a purse with money, my phone, passport and documents. I could not figure out what to do and who to turn to. I thought how cool it would be if I could call and get an answer to any question, come out of line and get any service faster than others. That was exactly how it was in Severodvinsk.

And now, after a while, I have built a comfortable network in Moscow. I feel that I have reached the level when I have my own Severodvinsk in Moscow.

How did Casablanca come about?

I was 18 years old. I moved to Moscow, and RUDN people accepted me. They invited me to go out, but all this takes money. You can’t ask your parents — they gave everything they could. This was the push to monetize your skill.

In Severodvinsk, I was engaged in sports ballroom dancing. The answer to the question, which skill will bring income, was not long in coming. September 14, 2014, in a basement without windows and ventilation on Shabolovskaya, I opened the Casablanca dance school. I didn’t expect that everything would turn out so cool, but we became leaders in Moscow. Two years later, I attracted investments — 42 million rubles. After 3 years I sold Casablanca because I wanted to move on and develop. I like to communicate with super smart people and understand them. Once I met friends involved in IT. They discussed “Retention”, which I did not understand, and other terms. I was scared that I was falling behind and missing something. This is the worst thing for me. Therefore, I am obsessed with constant movement and development.

You managed to occupy a free niche with the second project — health management service “Checkme”. How did this product come about?

It took me 6 months to sell Casablanca. The investor’s task is to buy a company cheaper, and yours is to sell at a higher price. It was emotionally difficult to defend my position alone, when opposite you are analysts, accountants, lawyers and investors. At that time, I thought I had cancer — I lost weight, my hair fell out. I wanted to know what tests I had to have. I called the nearest network clinic — they did not answer me. I came over, paid 75 thousand for the examination instead of 25, as originally agreed. Later, the same checkup (program for early diagnosis of the disease) was made in Israel. Everything was clear there: what examination I would undergo, at what time and how much I would pay for it.

I came back to Russia and created Checkme. This service is similar to Booking.com, but it is not hotels that are compared, but clinics. You can choose the location and find the right package. There is women’s and men’s health, pregnancy planning, annual check-ups, post-checkup, nutritional and more. We compile lists of annual surveys — they contain only the necessary and nothing extra. After that, we show all the clinics that do check-ups from Checkme, we name the final cost so that there are no unexpected surcharges at the appointment.

How do you make money?

We have three ways to monetize. Placing clinics on the site is free. But those who want to be shown at the top of the list pay for it. Second, we get a percentage of the clinics for each person we bring to them. Third, we work, for example, with Gazprombank and Renaissance Insurance. When a person opens a mortgage, he is offered to make a check from “Checkme” and lower the interest rate.

Do you have to prove that a girl has a place in business?

I was a young girl with ambition when I created Casablanca. A lot of people cheated. For example, I booked a room, came to the training, and there were classes for others. They thought that I would not come. But over time, I realized that gender and age are not important. If they see you as a professional, there will be respect. There are people who are neither listened to nor heard. And there are those whose words do not go unnoticed. We need to be in the second category. There were trials on the way. But if I had not passed them, I would not have become a person who is listened to. What matters is not how you look, what your gender, nationality, orientation is but what and how you say.

I am now with IT super smart people, besides, I am “pretty”. Until you start talking, people don’t show interest in you from an entrepreneurial point of view. But as soon as this happens, everyone starts to admire you. This is a play on contrasts — at first nothing is expected of you, and after telling about yourself you become an authority. What is the difference between you before you came to university and after?

Due to work, there was not enough time to attend classes. I am not from Moscow — I needed to go out, make money and combine it with my studies. When you come to the exam, and they ask: “Hello. And who are you? ”, you need to turn on the charm.

The second thing is to write without looking at the notebook. I learned to do it smoothly when I was busy with something, and the teacher saw that I was writing.

The third is to see the general and the particular. I always raised my hand and asked: “Why do we need this? What will the demand curve give us?” You see the particular behind the details. When you are busy, you need to single out important and necessary information. It is better to read the literature of practical writers, which was written a year ago, and not the books of 1962. This is what I love about MBA programs — no-nonsense knowledge.

What is it for you to be an entrepreneur?

This is a person who does not sit still. I can’t sit over something for a long time and not show it to people. I love getting feedback from the market, changing the lives of others and my own. The entrepreneur does not see the optimality and knows that everything can be improved. For example, in a restaurant I pay attention to the tip payment process. I am thinking how to make sure that the waiter receives it without commission and with convenience. Second, you need to see the big picture, a utopia. The third is the desire to constantly invent and implement something.

Is an entrepreneur a person who makes money or helps the population?

There is no priority here — money or benefit. We pay taxes, create jobs, and help the country’s economy. We receive money for creating value for clients. And they pay for benefits, process optimization and help. At Checkme, I cut queues and promote preventive medicine. Nearly 10 million people die from cancer every year — that’s one in six deaths worldwide. According to the World Health Organization, this is because people come to the doctor too late. And most diseases develop asymptomatically. Therefore, it is better to do a check-up once a year than to be treated later for a lot of money.

There are aged women in Hollywood, and there are our old women. The main difference between them is the level of care and medicine. Why be hunchback when you can invest 5-10 thousand rubles in health per year and be treated if necessary. Educating people about examinations is great.

RUDN is a cool university with beautiful fountains. I have been invited to the expert council of Mail.ru Group. It would be great if RUDN University cooperated with such companies and created free joint programs for students. I want to train talented youth in product management and design. Previous news
RUDN professor clarified benefits of Mg supplementation in pregnancy and hormonal disorders
Next news
A RUDN University Scientist Suggested a Simple and Efficient Model to Describe Spectral Properties of Dense Plasma
News
All news
Life in RUDN
“Volunteering is an opportunity to really get to know the world better,” — Karina Beatriz Caceres Ortega, RUDN University student from Paraguay

Life in RUDN
2023 New Year congratulations of RUDN Rector Oleg Yastrebov
Life in RUDN
Great love for the profession and alma mater. The story of Victoria Ismagilova, an excellent student of 10 semesters of RUDN Engineering Academy