«I wish all the knowledge obtained at university helped young people of the world mature», says President of Madagascar at RUDN Doctor Honoris Causa convocation ceremony

Life in RUDN
2 March, Hery Rajaonarimampianina, President of Madagascar was awarded the title of RUDN Doctor Honoris Causa in recognition of his contribution to cooperation in education and science between RUDN University and the Republic of Madagascar.

Hery Rajaonarimampianina was elected President of Madagascar in 2014. His policy as head of the country is equality in political, social, ethnic and religious spheres. He is striving for new Madagascar free from poverty – «Let’s do away with crisis respecting our diversity!». He wants to unite citizens of the cuntry for reviving public life and develop strategy in the interests of young people.

«RUDN University gives a great level of professional education for successful careers. Multiculturalism at the university gives an advantage in terms of personality growth and understanding the world. We are ready to do our best to strengthen relations between our countries, in particular in the fields of tourism, agriculture, mining and medicine», stressed Mr. Rajaonarimampianina at the ceremony.

«In 2018, RUDN is planning to open the Center for the Russian language in Madagascar. We are also starting a project of developing telemedicine and offer the latest elaborations in mining. RUDN can greatly contribute to the development of the country», said RUDN Vice-Rector Evgeny Schesnyak.

1.Today there are 28 students from Madagascar studying at RUDN, mostly majoring in medicine and humanities.

2. The first students from Madagascar entered RUDN in 1963. Since than 170 students have graduated.

3. Simon Seva Mboiny, graduate of RUDN Faculty of History and Philology is Counsellor-Head of Prime-Minister’s Office, founder of the Association of Graduates of soviet and Russian HEIs in Madagascar and General Director of the National Radio and TV of Madagascar.

5. President of the Association of Madagascar students -  Syandzara Beandruna Rodlish, 1st –year Master student of the Faculty of Ecology. 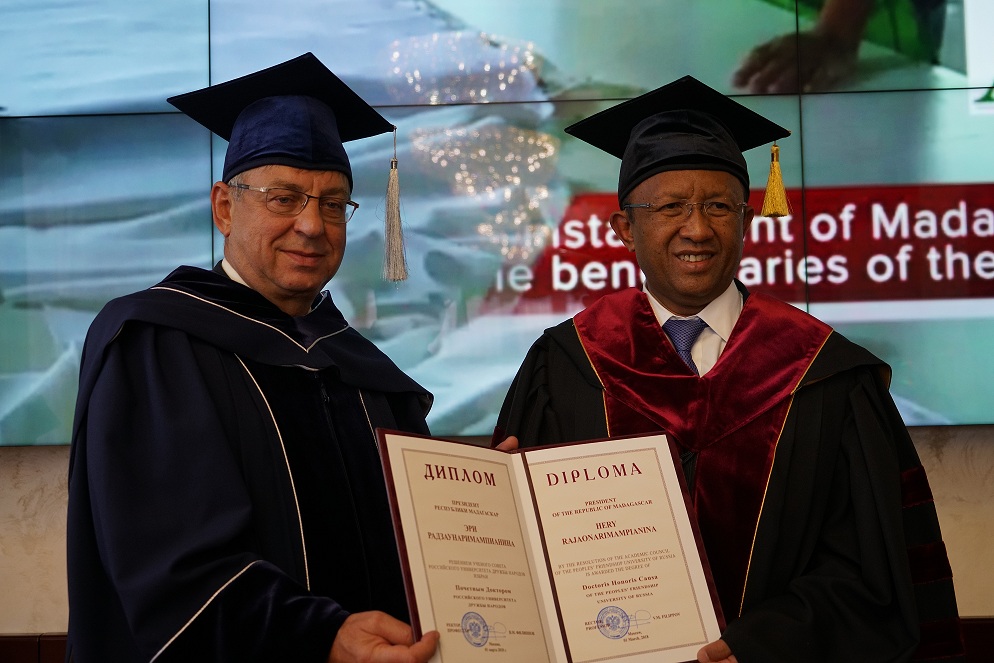 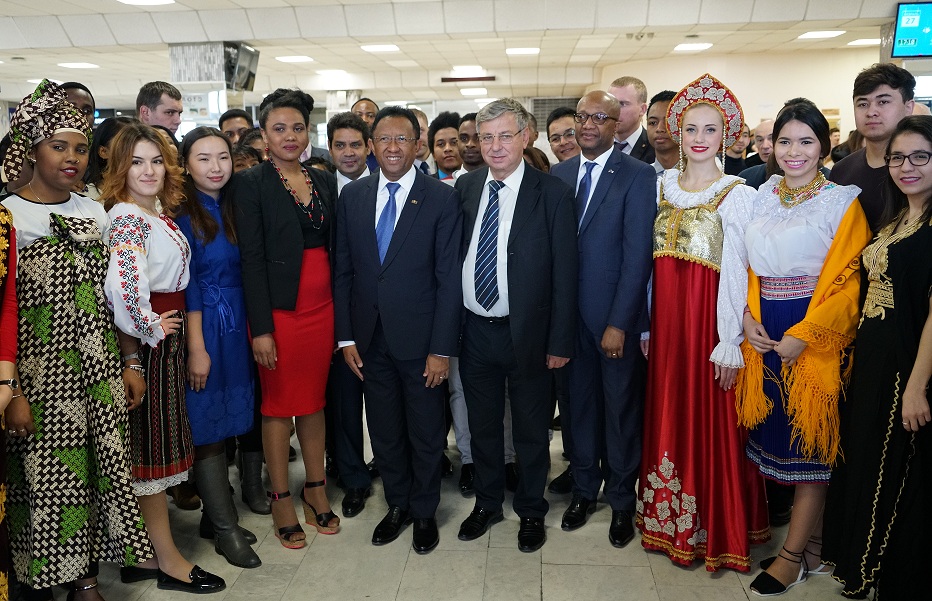 Previous news
«We need not only volunteers but young lawyers, doctors, interpreters and diplomats», says Mr Miguel Angel Villarroel Sierraalta, Vice-President of the International Federation of Red Cross and Red Crescent Societies (IFRC)
Next news
Student from SAR becomes Mister RUDN Association of African students - 2018
News
All news
Life in RUDN
Congratulations of RUDN Rector and RUDN President on New Year 2022
Life in RUDN
"We feel like Olympic champions": RUDN male and female volleyball teams are champions of the international tournament in Italy