Media
News
Life in RUDN
Lingua slam 2021: everything is clear

Lingua slam 2021: everything is clear

Life in RUDN
From 12 to 18 June 2021, the second international online battle “Lingua SLAM” between Ph.D. students and students was held at the Institute of Foreign Languages of the RUDN University.

Seven participants from Russia, China, Tunisia, Bangladesh, and Lebanon fought in the linguistic battle. The working languages of the scientific battle were Russian and English.

In an accessible form, young scientists shared with the public the leading scientific ideas of our time and their scientific research in the field of language, methods of foreign language teaching, and intercultural communication.

Before the start of the contest, the young scientists showed their videos on the topic “Why am I participating in Lingua SLAM?”.

In an interactive form, the organizers presented a characteristic for each participant of the battle. The friendly atmosphere throughout the competition was supported by the presenters Irina Kazakova, a 3rd-year postgraduate student of the IFL RUDN, and Marina Petrova, Associate Professor of the department of foreign languages in theory and practice of the IFL RUDN. The first participant from Tunisia, Rim Khanfir, a 2nd-year graduate student of the Institute of Languages (University of Carthage), spoke about the linguistic differences in Tunisia. Grigory Petrov, the extended education teacher from Yakutia, presented Fascinating facts called “common nouns” in his speech.

Xu Baoyun (China), the Ph.D. student (the 1st year) of the Institute of Foreign Languages (RUDN University), spoke about the cultural differences between China and Russia. Khalil Mohsen (Lebanon), a postgraduate student of the 2nd course of IFL RUDN, called his speech “The World of Words: a Journey from Civilization to Civilization.” Sara Melitti, the 2nd year graduate student of the Institute of Languages (University of Carthage), demonstrated interesting cases of non-verbal communication in different cultures.

Anita Biswas, (Bangladesh), an applicant for the IFL RUDN, introduced the specifics of translating the names of English-language films into Russian. At the speech of the participant Taisia Alyushenko, the 2nd year graduate student of the IFL RUDN University, the amateurs learned how to increase students’ motivation in online education.

During the scientific battle between the audience, a competition was also held for the most interesting question to the slammer. The winners were Elena Dmitrieva, the Ph.D. student and masters Ekaterina Vavilchenko, and Natalia Lyashchenko of the Institute of Foreign Languages.

From June 12 to June 17, our contestants were viewed on various social networks: Vkontakte, Facebook, Instagram. Fans aged 17 to 50 from Russia, Ukraine, Canada, Senegal, Lebanon, China, Thailand, Tunisia, Cote d’Ivoire, and the Democratic Republic of Congo took part in the online voting. To the question: “Did you like the Lingua Slam project?” all the respondents answered 100%: “Yes.”

Marina Petrova, the author and the leader of the Lingua SLAM project, the member of the Union of Journalists of Russia, the International Federation of Journalists, the Eurasian Society of Applied Linguistics (EALS), the Association of academic writing experts “National writing centers consortium”, Associate Professor of the department of foreign languages in theory and practice of the IFL RUDN, Ph.D. in Pedagogy, sees in the future “a scientific battle not only as a platform for young scientists to speak and develop public speaking skills, but also as an approbation of real scientific research.” Although the scientific battle is over, the contestants have begun the final stage: the publication of articles, monographs, teaching aids, the creation of the author’s methodology.

The Lingua SLAM scientific battle participants from Tunisia, Rim Hanfir and Sara Melitti, were awarded a free publication in the international scientific journal “Bulletin of Modern Science.” All participants of the competition have the opportunity to publish their scientific research in a joint monograph free. The magic scientific red boxing gloves and the winner’s title went to a polyglot from Lebanon, Khalil Mohsen.

Who knows, maybe one day, thanks to our scientific battle Lingua Slam, Khalil Mohsen will create an educational language platform based on artificial intelligence and, with the help of his author’s methodology, teach his students a foreign language for some days. Is it interesting? 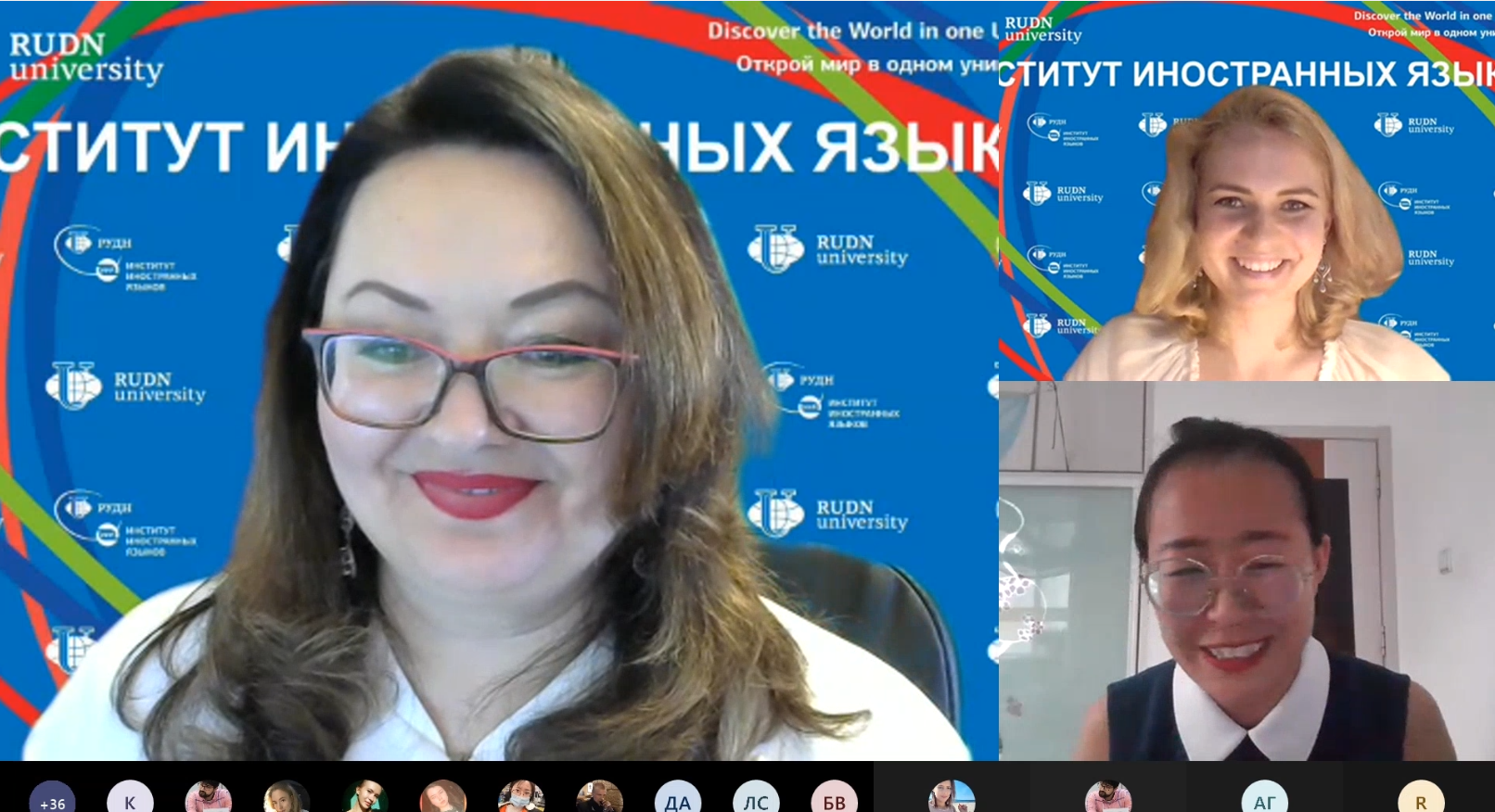 Previous news
“I learned Turkish from TV series and films” — Gidayat Aliyev, student of the Faculty of Humanities and Social Sciences
Next news
Deep-Rooted Plants Help Slow Down Climate Change, Says a Soil Scientist from RUDN University
News
All news
Life in RUDN
2023 New Year congratulations of RUDN Rector Oleg Yastrebov
Life in RUDN
Great love for the profession and alma mater. The story of Victoria Ismagilova, an excellent student of 10 semesters of RUDN Engineering Academy