Media
News
Life in RUDN
Nobody is forgotten, nothing is forgotten: students of RUDN on Victory and Memory - in 8 foreign languages

Nobody is forgotten, nothing is forgotten: students of RUDN on Victory and Memory - in 8 foreign languages

Life in RUDN
Students of RUDN Law Institute prepared more than 40 posters for May 9, in 8 foreign languages . Posters in English, Arabic, Spanish, Chinese, Korean, German, French and Japanese, dedicated to the Victory over fascism, were placed on the walls of the Institute's corridors in the main building of RUDN.

“This is not a competition! There are no prizes here, but all the students who took part in the project are winners. In these posters is our sense of homeland, dedication to its values, tribute to the fallen, loyalty to the loved ones! ” the organizers said. “We prepared our poster because it is very important to appreciate and be proud of our history and to remember all those who bravely fought for peace!” - said students Anastasia Klimova, Diana Korzh and Fatima Omarkhadzhieva. “We are happy to support the idea of ​​foreign-language posters on Victory Day. Our generation is forever grateful to the ancestors for their great feat! And this is our little gesture of gratitude for the unpaid debt to the fallen warriors, ” said students of the Law Institute Arina Manoshkina, Albert Khairutdinov, Anna Fedotova, Inna Grishova, Anna Vikentteva, Daria Oleinik, Alina Gazizova, Valentina Nikitina and Alina Khokhlova. 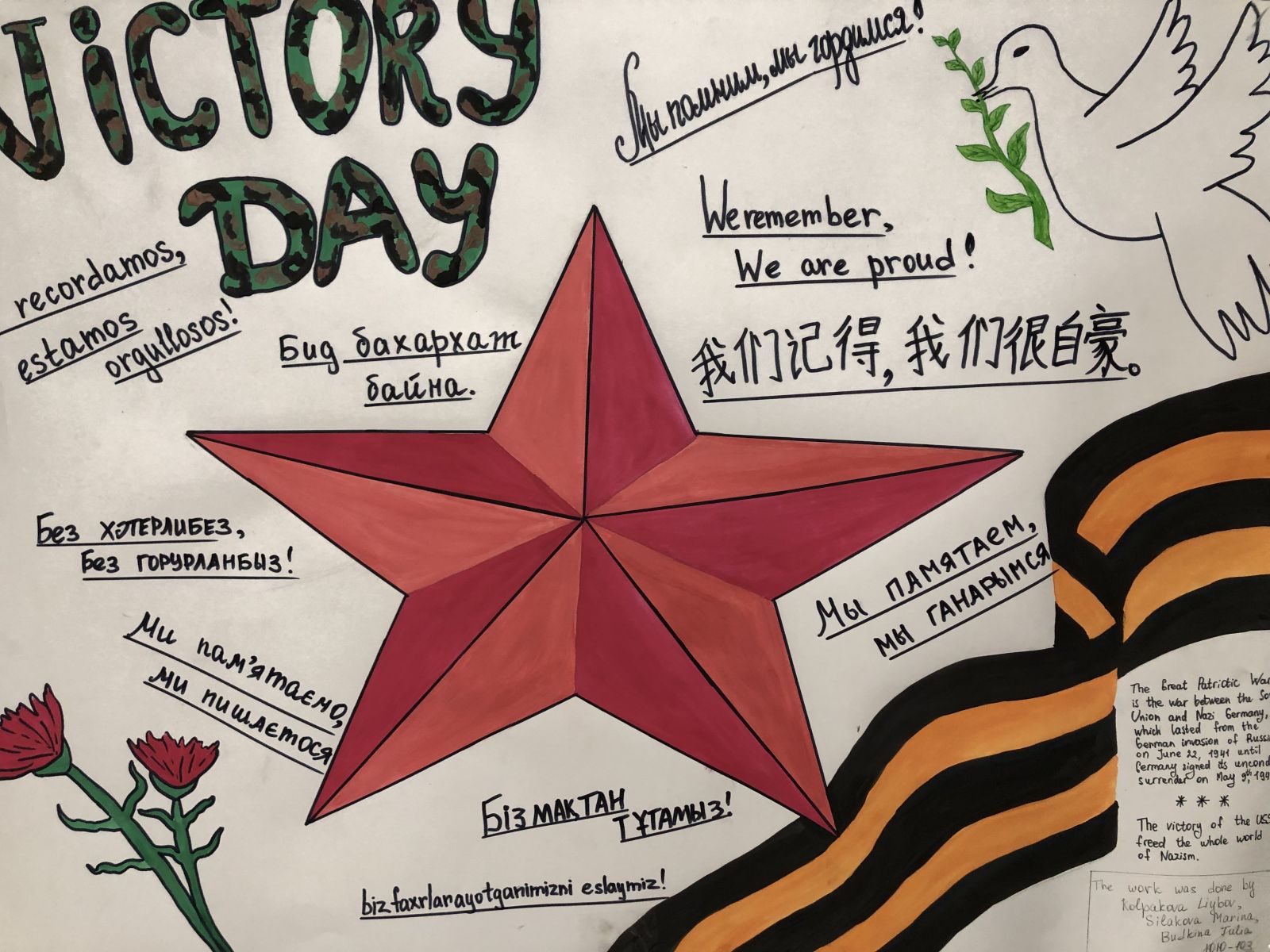 “We made posters to honor the memory of those killed in the Great Patriotic War and tell specific stories about heroes who bravely fought for peace and freedom,” - students Alexander Bazilov, Anatoly Khilchevsky, Elina Koval, Danila Volodin, Tatyana Zolotareva, Valery Muzyka, Lamar Baklaeva and Ilya Perepechkin. “For me Victory Day is a very important and solemn day. This is really a holiday with tears in the eyes. I heard about the poster session from my teacher Kamo Pavlovich and decided to participate! Our grandfathers and great-grandfathers gave us a peaceful sky over our heads. I love this holiday. I feel both pain and joy on this day of unity and grief ” said Olga Sagkayeva. 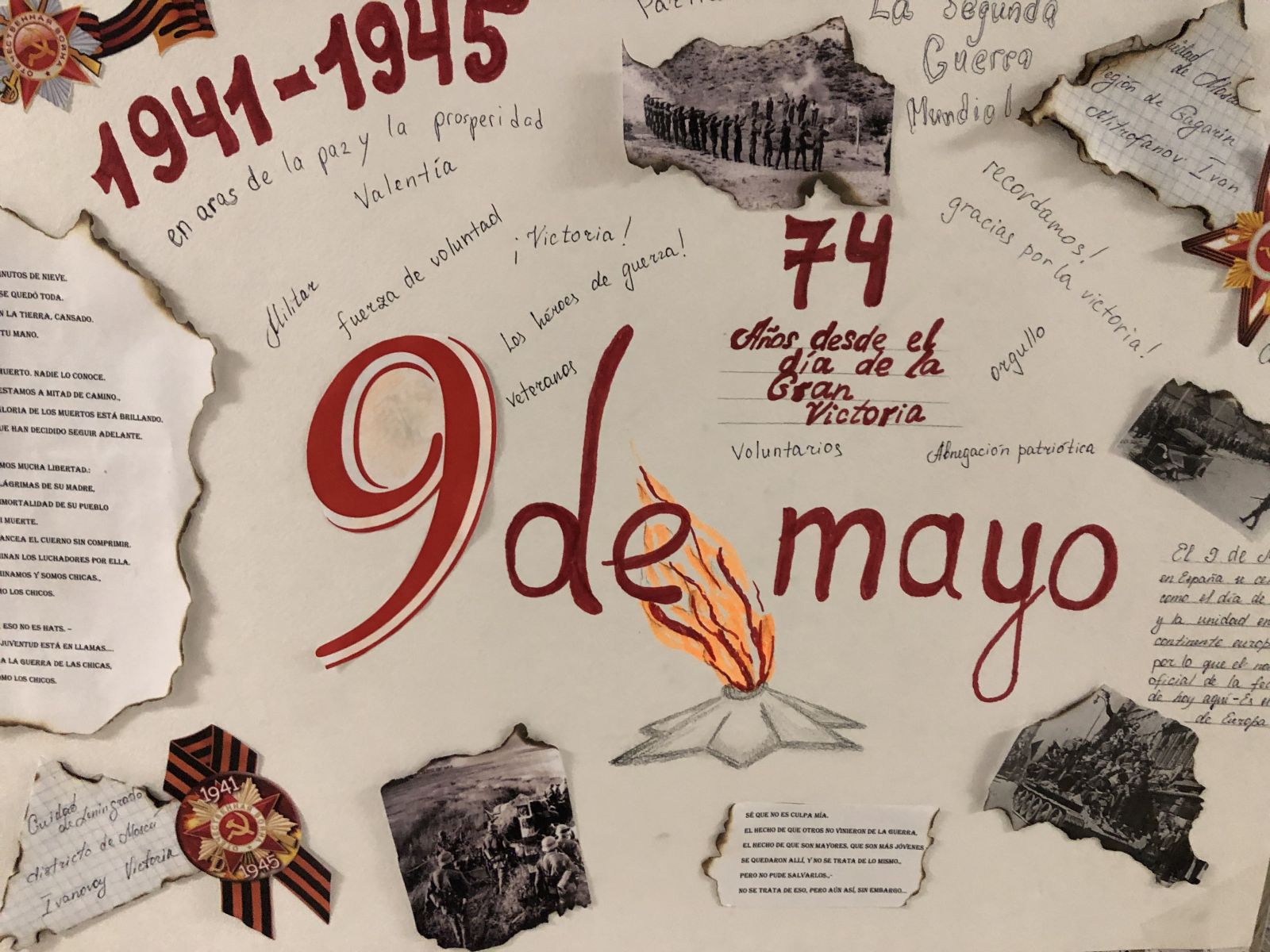 “For me the poster is an opportunity to pay tribute to my great-grandfather, who was part of the Ural armored division. He was seriously injured when he went to the front. After he recovered he could no longer fight, so he went to work at the plant, because he understood that it depended on each person what the outcome of this bloody war would turn out to be” said Alena Belyayeva. 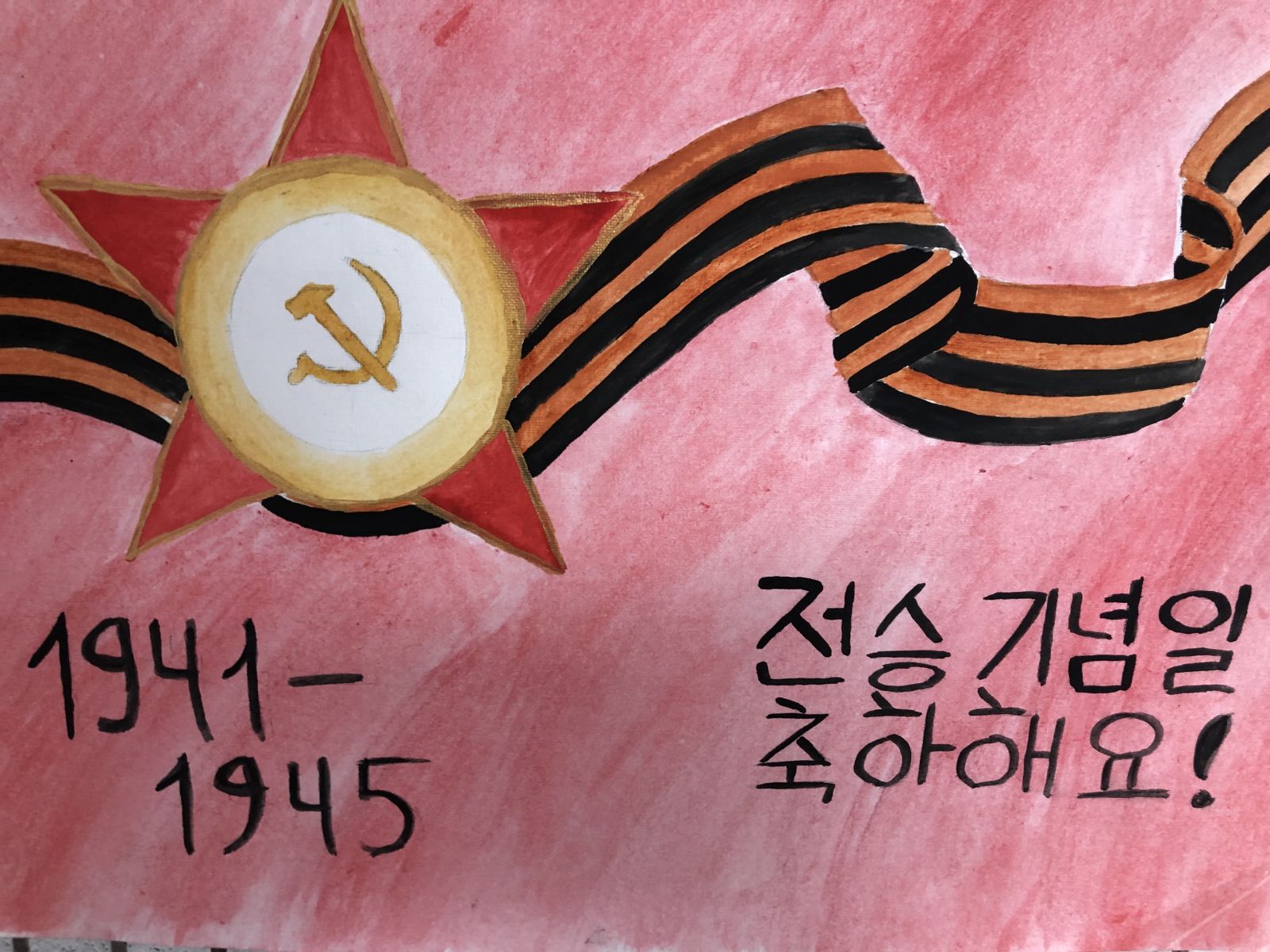 “My great-grandfather Shapkin Sergey Vladimirovich born in 1920 fought from the first days of the war and reached Berlin. We have a lot of his stories written down by my father, where you can see that people did not lose heart in such horror, they fought with courage. My great-grandfather was awarded 3 orders of the Red Star, Order of the Patriotic War (2 degree), medals for the Defense of Moscow, For Military Merit, For the Capture of Budapest, For Victory over Germany” said student Natalia Andrianova. 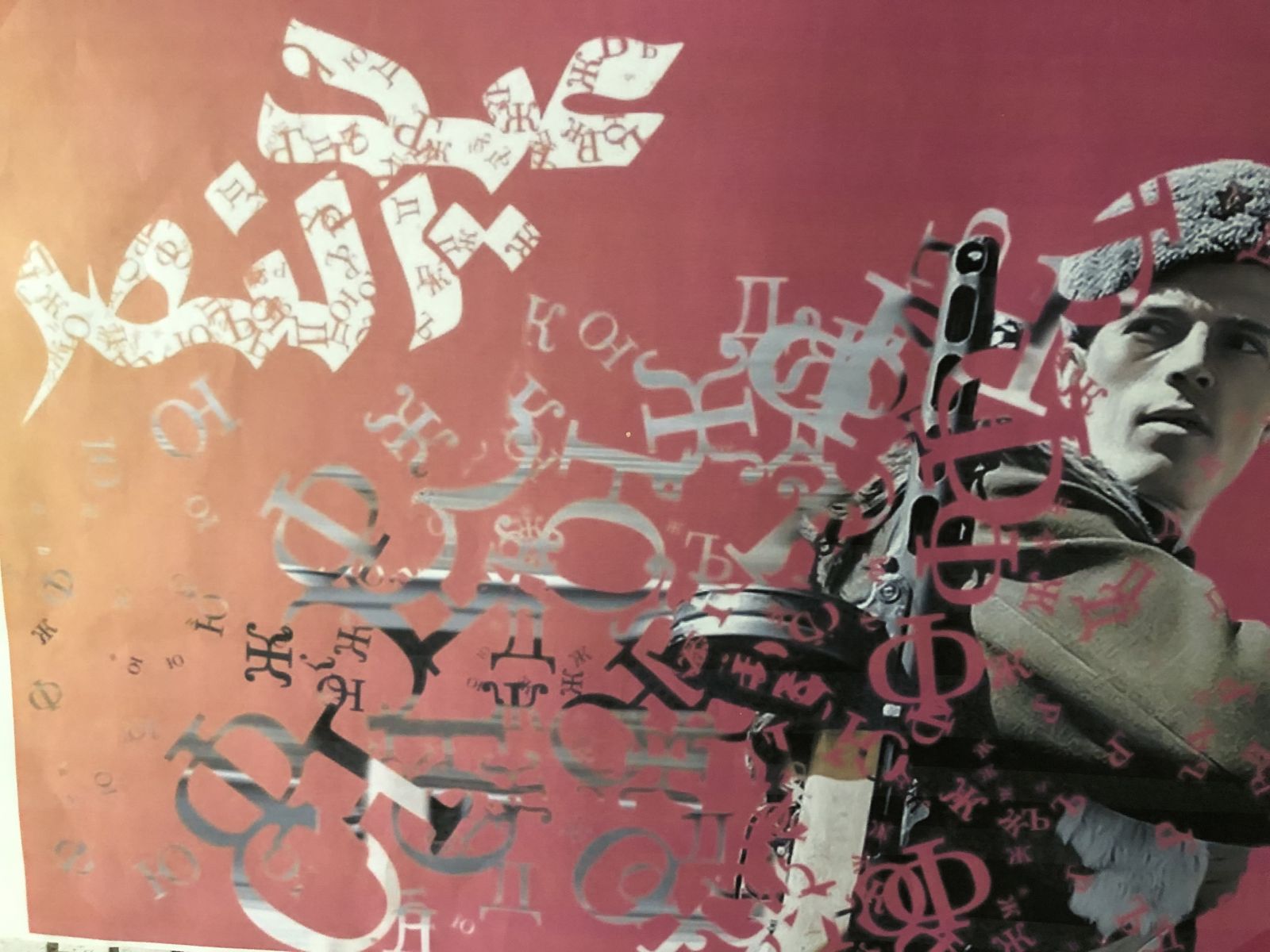 “My two grandfathers, Arutyun Zakharyan and Semyon Chilingaryan, were in the ranks of the Red Army until the end of the war and returned alive though with injuries. I honor their feat together with the feat of the Soviet people, ”- Kamo Chilingaryan, lecturer of the Department of foreign languages ​​of RUDN Law Instutute. “My grandmothers left the parade on Red Square in November 1941, to defend Moscow from the fascists. Our family members returned alive from the fronts of the Second World War in 1947. I am grateful to the students of the Law Institute, my colleagues - lecturers of the Department of foreign languages, Director of the Law Institute Professor Yastrebov for this Victory posters session. I hope that next year other faculties and universities of Russia will support it” said Anastasia Atabekova, Head of the Department of Foreign Languages, RUDN Law Institute. 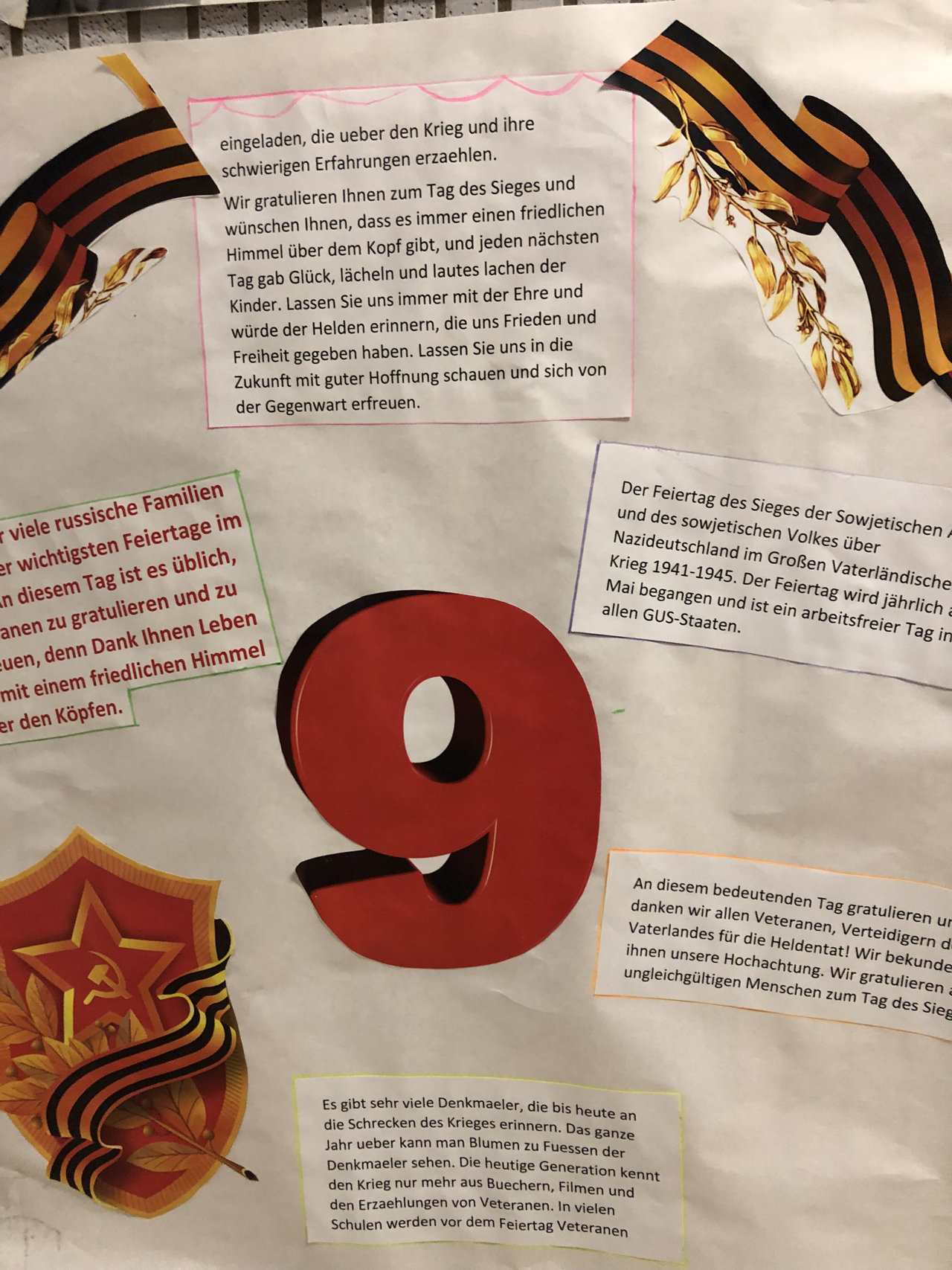 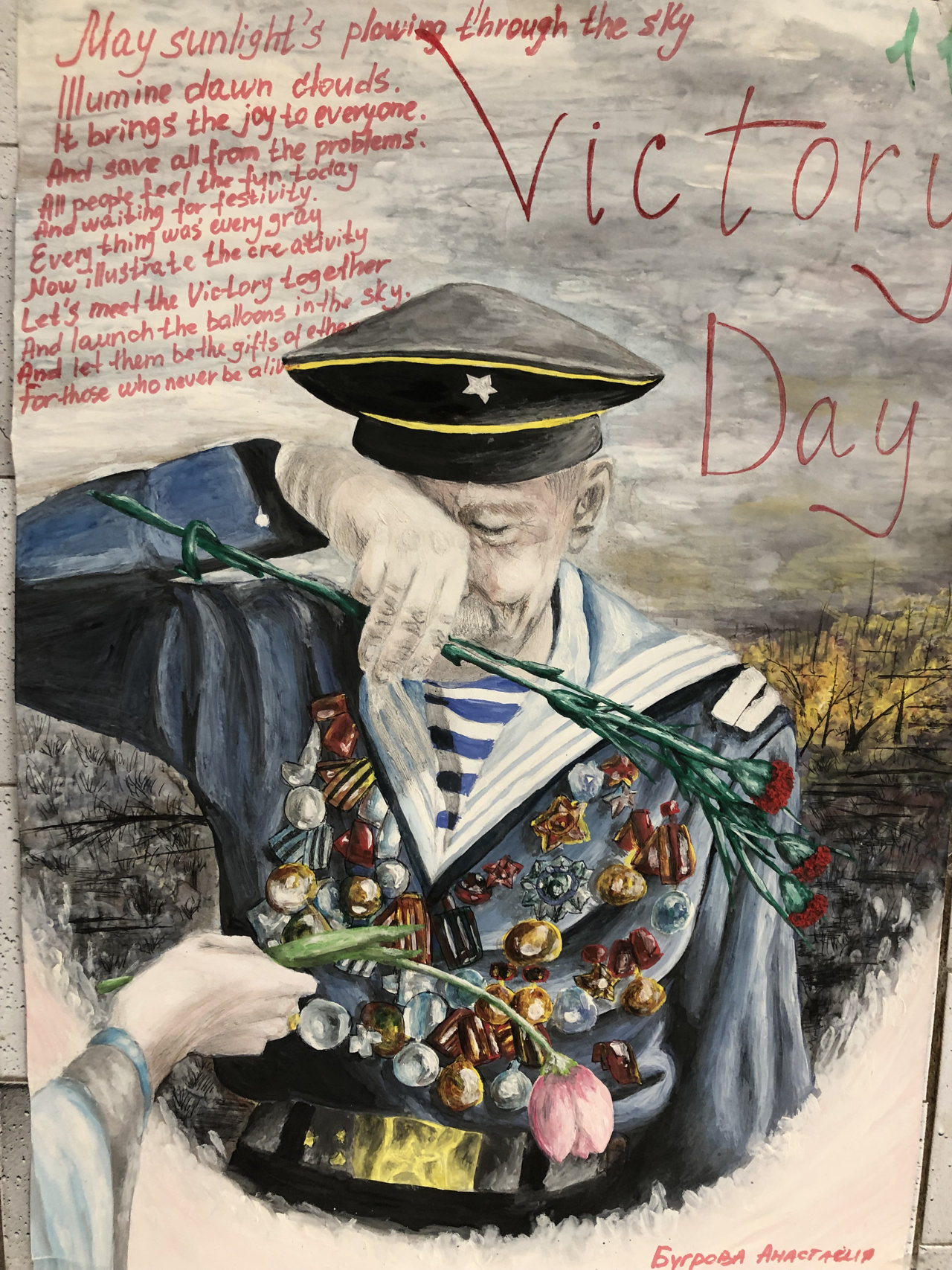 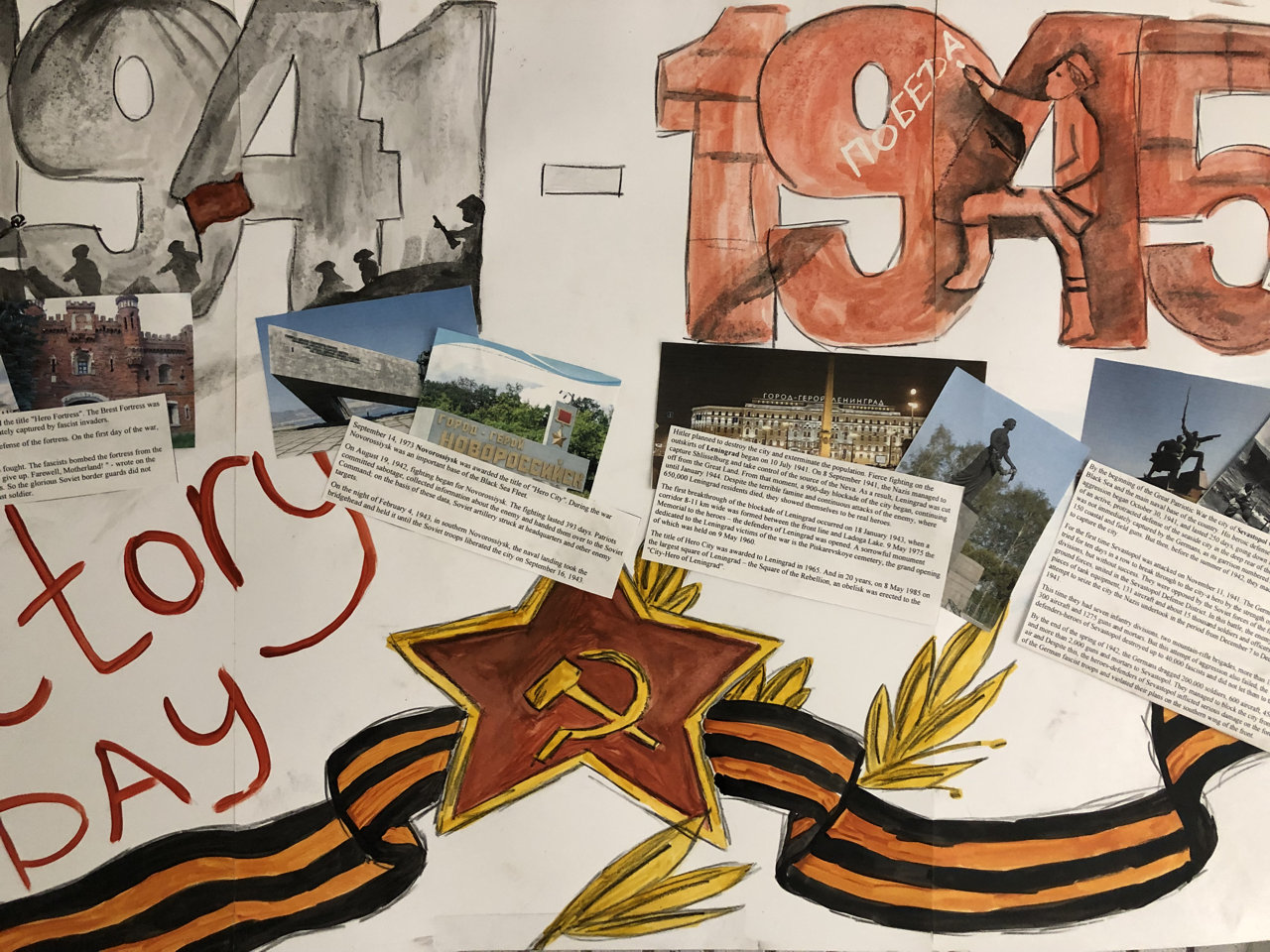 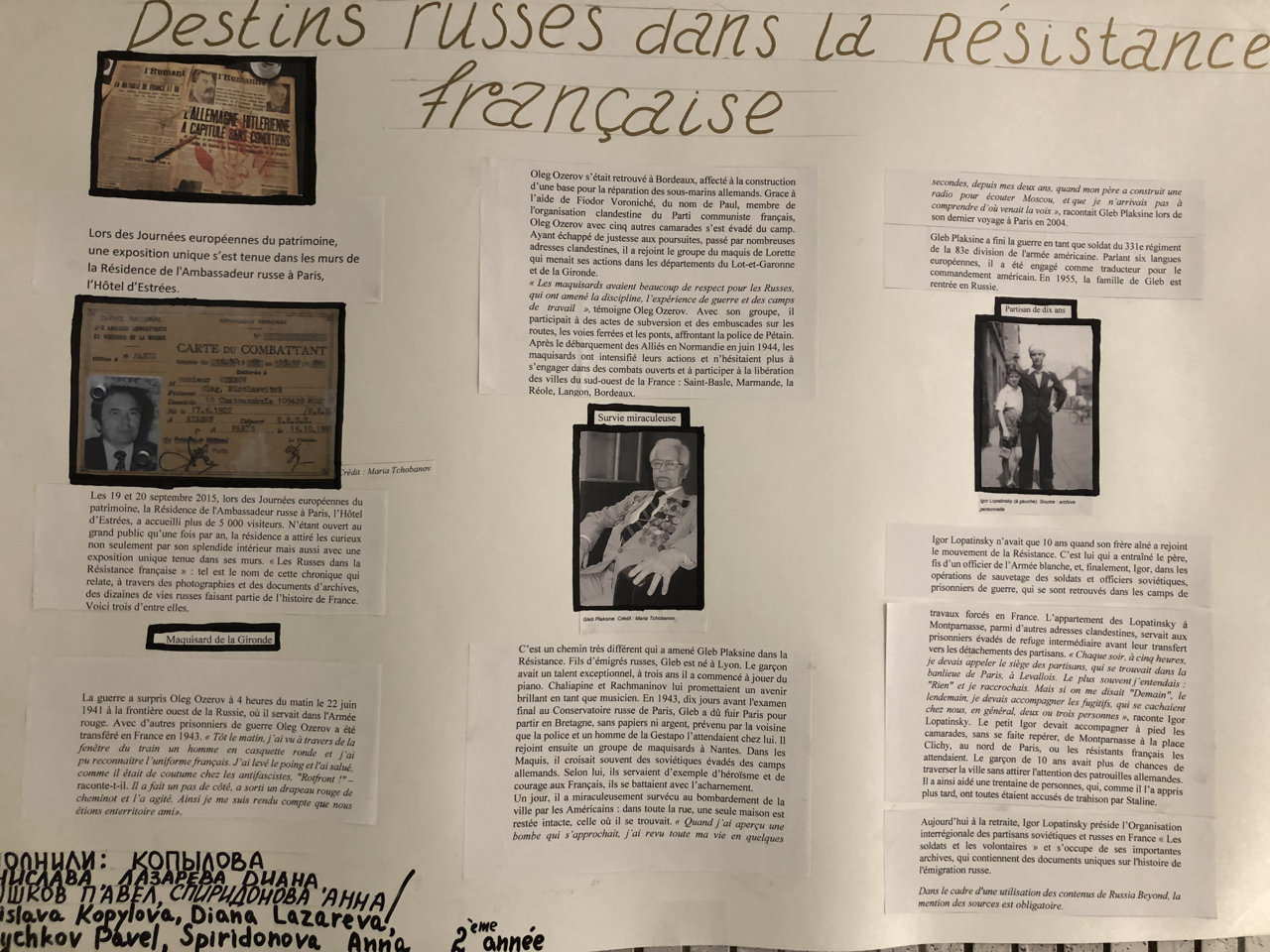