Media
News
Life in RUDN
"We feel like Olympic champions": RUDN male and female volleyball teams are champions of the international tournament in Italy

"We feel like Olympic champions": RUDN male and female volleyball teams are champions of the international tournament in Italy

Life in RUDN
The 6th World InterUniversities Championship 2021 (WIUC) in Rome ended with the triumph of RUDN University male and female volleyball teams. The men’s team won a gold medal for the first time, while the women’s team confirmed their status as the strongest women’s volleyball team at the WIUC for the fourth time in a row.

Resilience, courage, persistent struggle, desire to become faster, higher and stronger — this is all about RUDN volleyball players. Athletes had been preparing for the competition in Rome for several months, putting all their physical and emotional strength in training.

“We were preparing for the tournament at regular trainings and games with Moscow student and amateur teams. We had little rest, because apart from sports, which takes a lot of time, each of us has studies, and some have jobs,” said Svetlana Varlamova, captain of RUDN women’s volleyball team.

“The men’s team had never participated in the WIUC before. Unlike the women’s team, our team is only getting stronger and more experienced. Before the tournament, we worked very hard setting goals. Great emphasis was placed on serving and blocking. I didn’t want to think about other games and things at all,” said Maksim Samoshenkov, captain of RUDN University volleyball team.

RUDN University teams got to the playoffs without a single defeat. The Russian men’s teams consistently beat two Slovak teams, and in the final they defeated students from the Czech Republic.

“The most difficult game was against the Czechs in the group, we made a lot of mistakes at the beginning, so it was quite difficult to pull ourselves together, we had to keep up with our opponents all the time, but later we started setting the rules and won confidently in the two remaining games ”, said Maxim Samoshenkov.

The women’s team also beat the Slovak players in the quarterfinals, and then beat the Czech players twice. In the playoffs, RUDN University team did not lose a single game. In the final, the girls played against the team of the University of West Bohemia (Czech Republic) winning the first game with a score of 21:20, and in the second set, the girls won with a score of 21:14. The result is 2: 0 and the victory goes to RUDN University women’s team.

“Before our final match, there was the men’s final, where we supported our men’s team. When they won, we knew for sure that it was our turn now, and we were 100% ready. Now we feel like Olympic champions, and this is the dream of any athlete,” said Svetlana Varlamova.

“We were determined to fight for every ball”

Victory is the most memorable moment in the competition. Patience and dedication, time and desire, perseverance and strength, as well as coaching support and team play — this is what stands behind the gold medals of RUDN University athletes.

“We managed to beat the rivals thanks to our coach — Larisa Tsukanova. She works with us a lot, and we pay back with perseverance and hard work. But this would not have happened without the university, which allows us to train, play and go to training camps, ” said Svetlana Varlamova.

“The most important thing, in my opinion, is our advantage at the tournament — the style of playing and attitude. We focused on block and defense. The team has very strong central blockers, they did real miracles there. The attitude was also great, we were determined to fight for every ball in the game, as our coach Larisa Tsukanova had instructed, ” said Maxim Samoshenkov.

“We also took a walk in the Vatican, and looked at the Colosseum ...”

Considering closed borders, a trip to Italy is another victory for RUDN University athletes. The sports regime at the competition is very strict, as the athletes admit, but convenient games schedule made it possible to see the sights of the “Eternal City”.

“We took a walk in the Vatican, and looked at the Colosseum, and saw the Trevi Fountain. As a fan of the film ‘Angels and Demons’, I remember most of all St. Peter’s Square and the Castle of the Holy Angel”, said Maxim Samoshenkov.

After winning the WIUC, RUDN volleyball players plan to focus on the Moscow Student Sports Games (MSSI). But they have already decided that they are ready to represent Russia again at the championship next year.

“For us, the most significant competitions are still the MSSI — this is the student league of Moscow, where we represent our university and confirm its sports ranking. So the team’s plan for the future is to win the MSSI and confirm the status of the most titled student team, ” said Svetlana Varlamova.

“We also plan to win the MCCI, and then the set of victories for the year will be complete. Well, of course we plan to come back to WIUC, of course! ” said Maxim Samoshenkov. 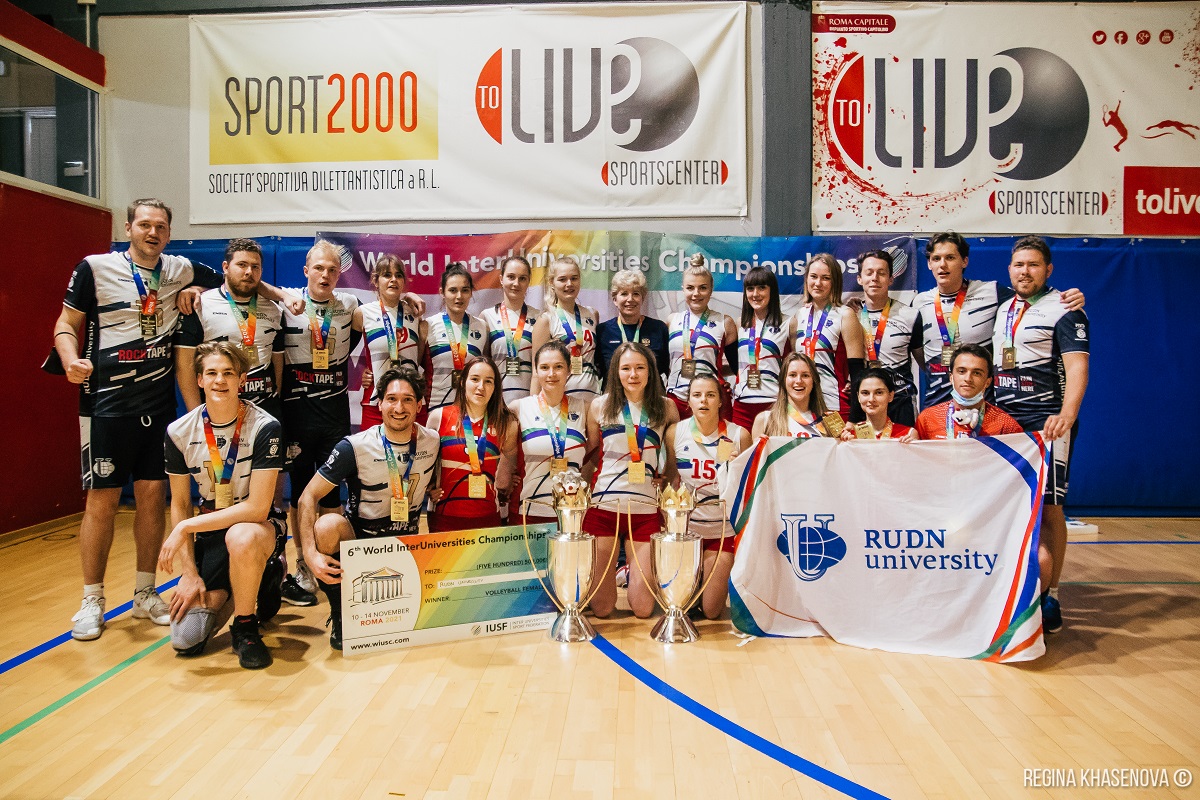 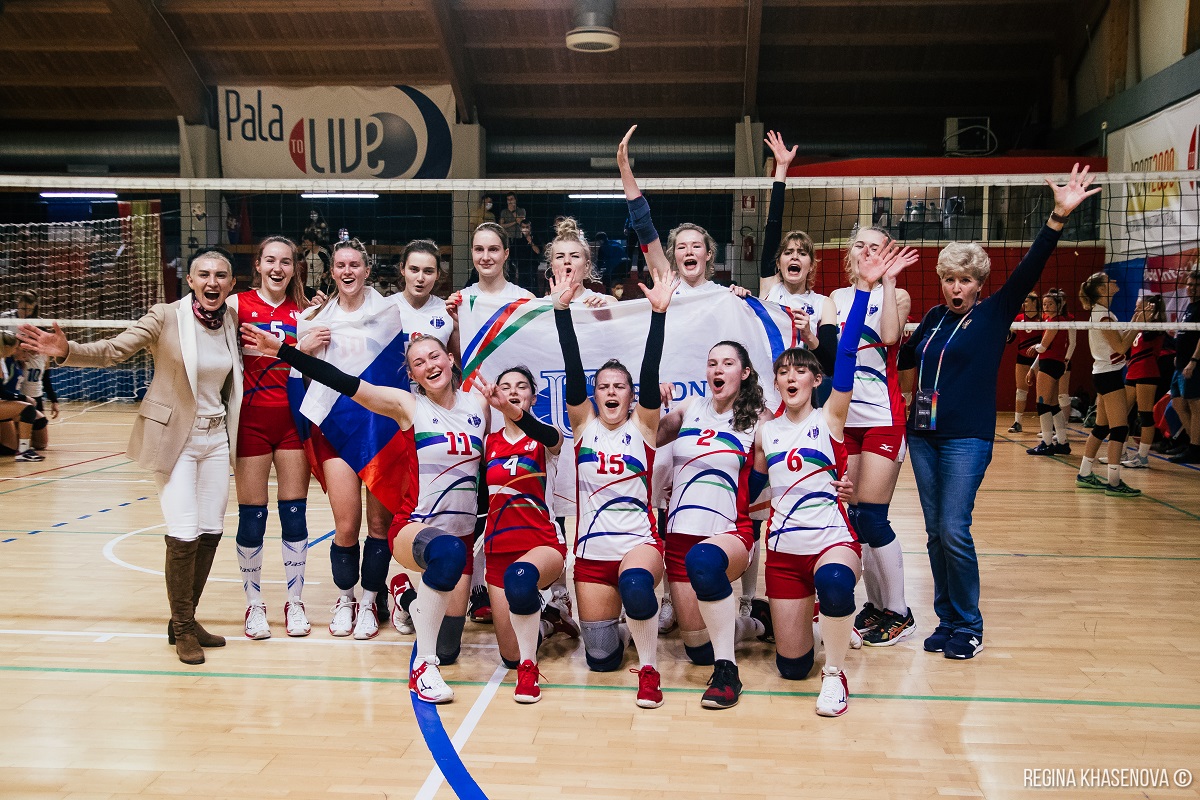 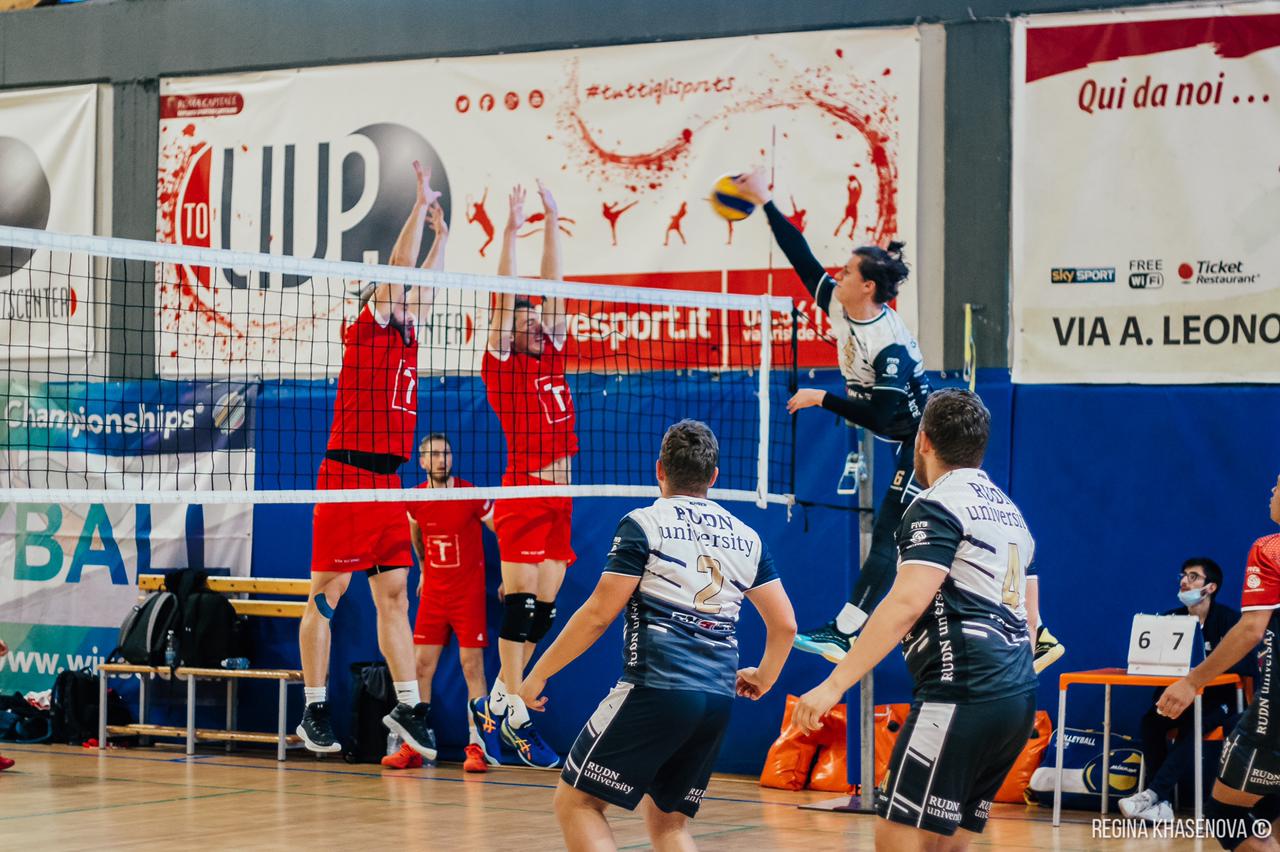 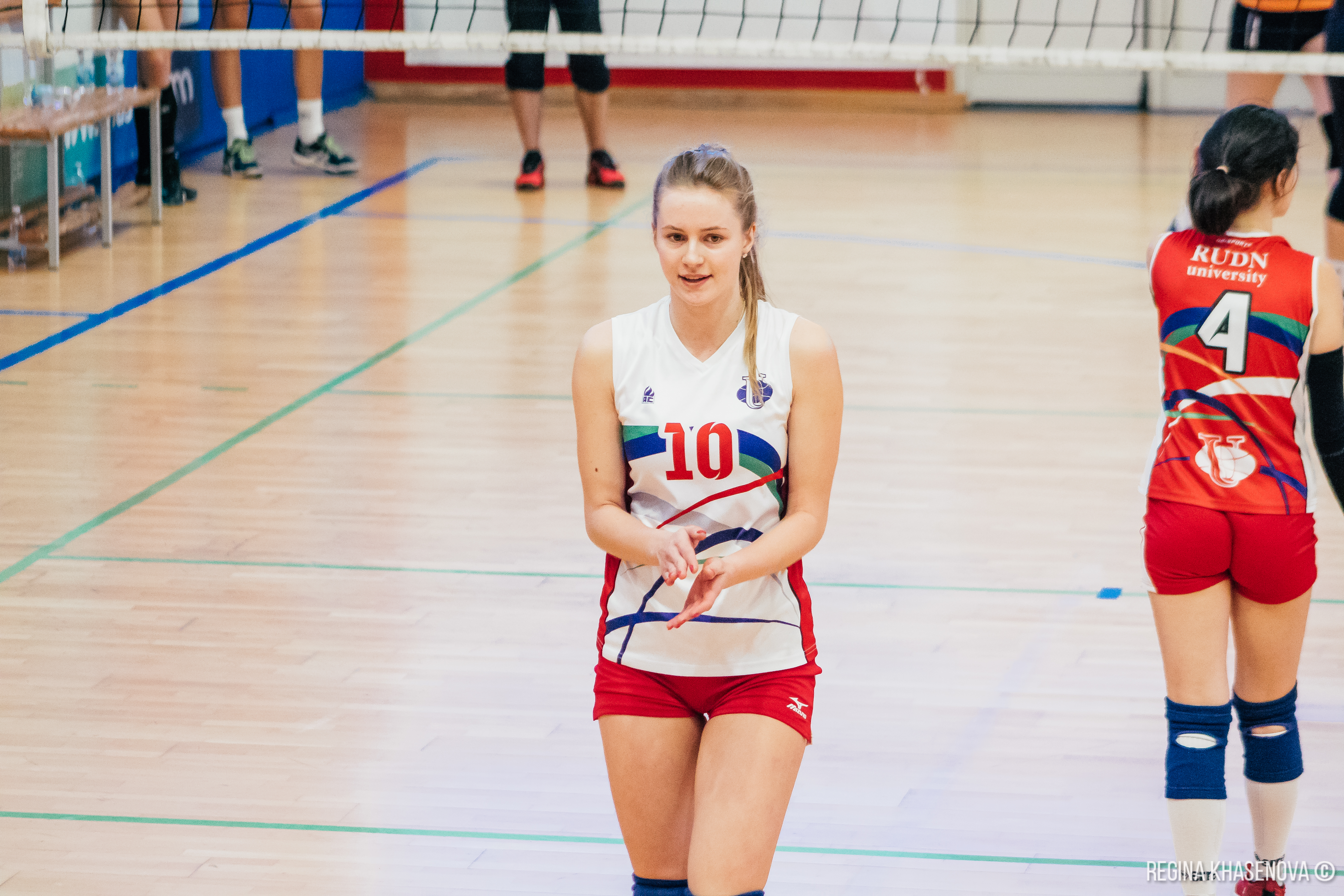 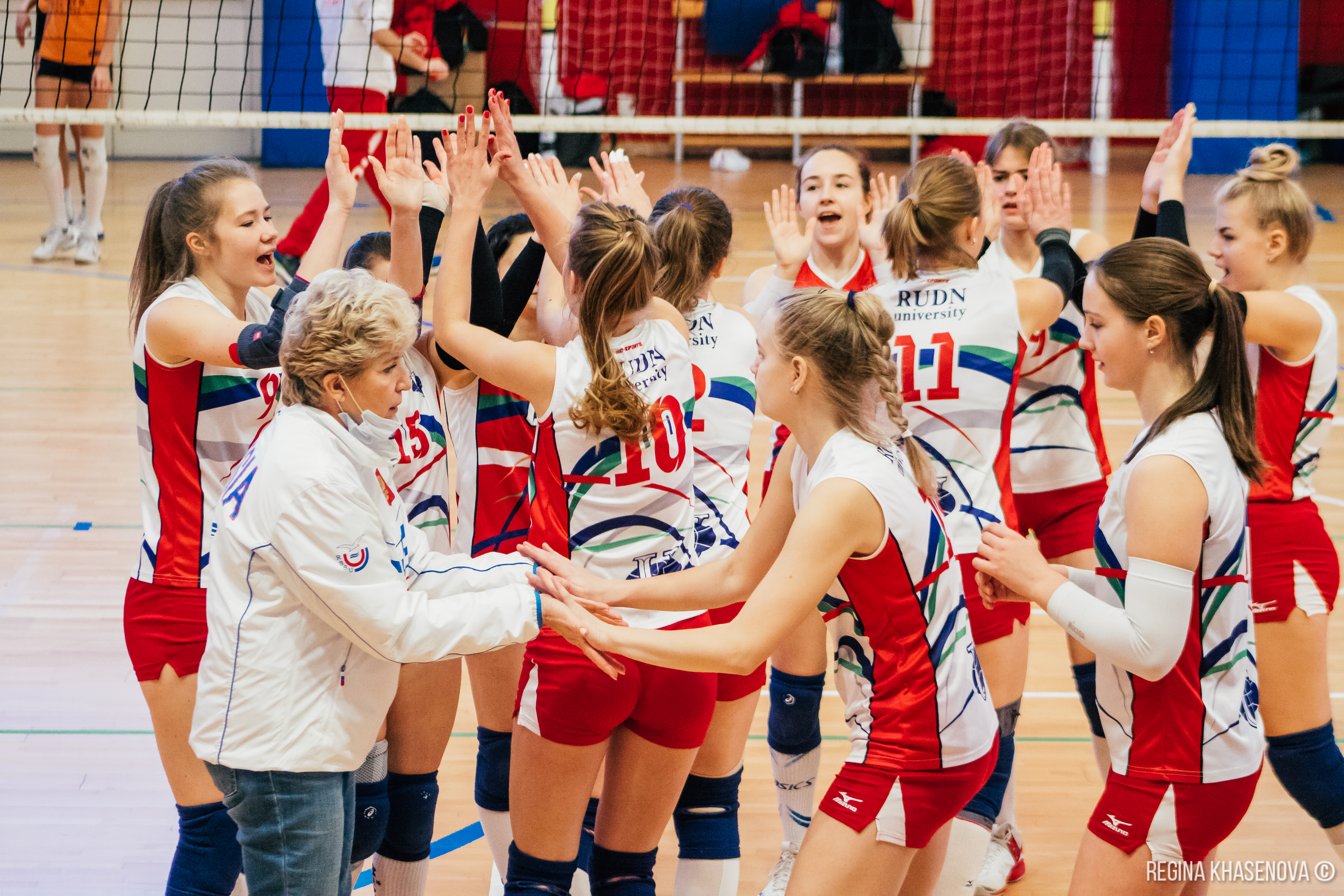 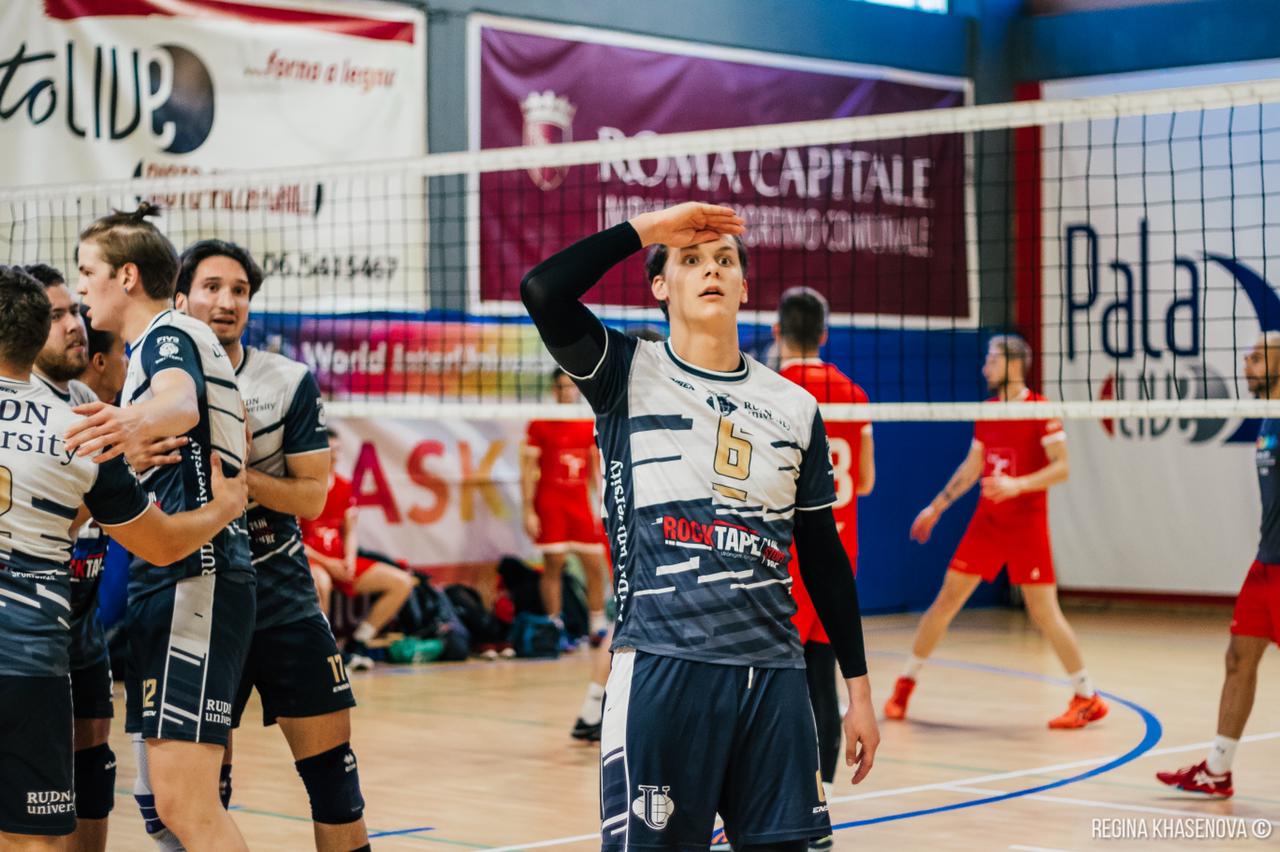 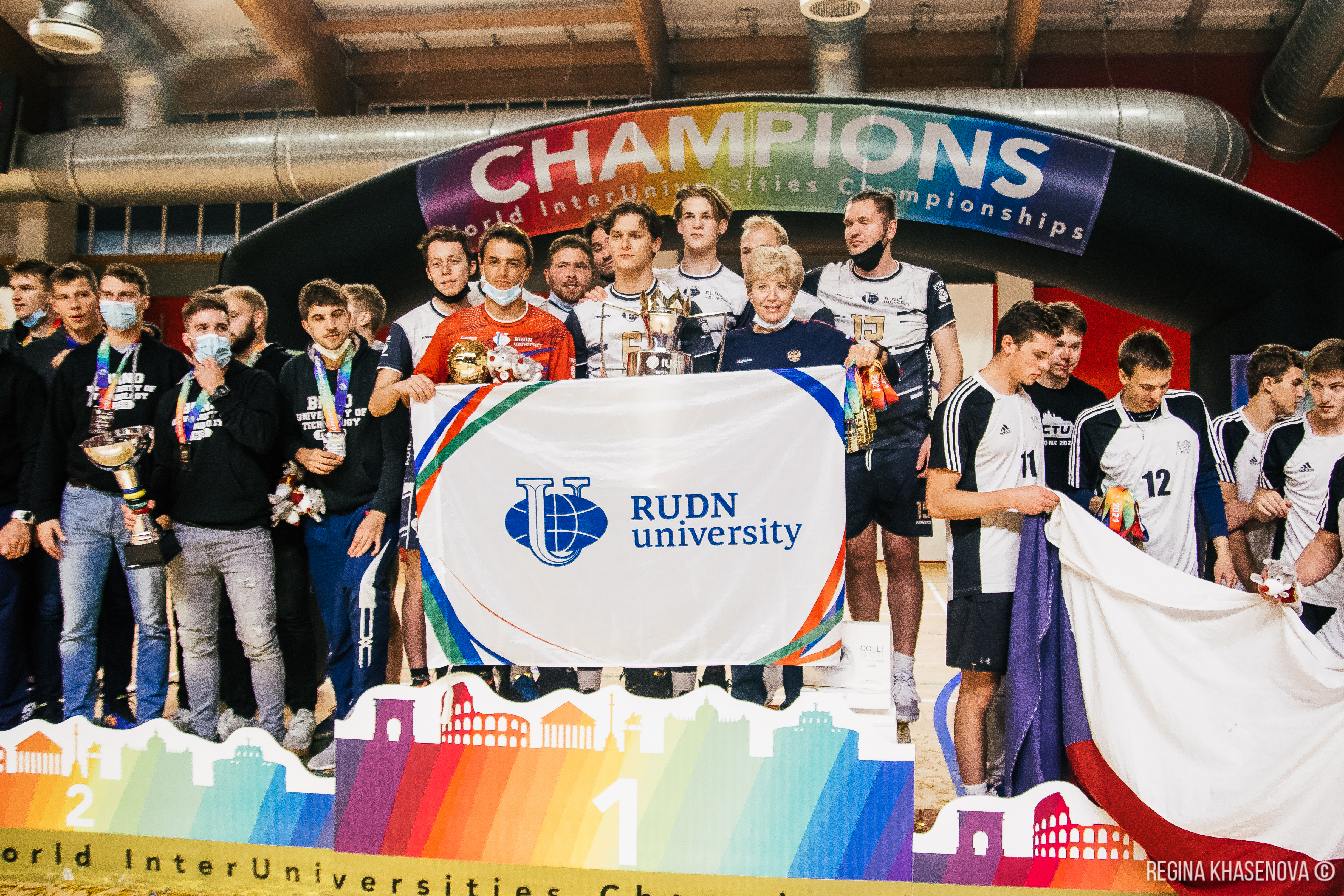