Media
News
Life in RUDN
“The degree of internationalization of RUDN University is unparalleled and goes beyond any university rankings” — Oleg Timofeev, lecturer at the Institute of Foreign Languages

“The degree of internationalization of RUDN University is unparalleled and goes beyond any university rankings” — Oleg Timofeev, lecturer at the Institute of Foreign Languages

Life in RUDN
Oleg Timofeev, lecturer at the Institute of Foreign Languages, speaking about stereotypes about China, students’ interests and good sinologists. For the birthday of RUDN University we are presenting media project “A thousand stories — one university”. On the first day, I had Chinese classes. The first lesson was with a very good group — and now I often talk about it as an example. I was struck by very high level of students’ knowledge and their genuine interest in the discipline. Most of the students of that group decided to study Sinology, although Chinese was only a second foreign language for them. The biggest impression from the first day of work at RUDN University is the international character of the university. I have visited many leading international universities in the world, but RUDN University is the undisputed global leader in this regard.

What is your favorite subject to teach?

Recently, there have been two of them: “The Theory of International Relations and Regional Integration” and “Foreign Policy Decision Making”. The subjects of the Master’s program “European Region” of the Institute of Foreign Languages ​​are gradually more and more often taught in English, which leads to internationalization. Personally, it was quite difficult for me to switch to teaching in English, but such a sharp expansion of the student audience gives a lot to the teacher himself. This year, students from Tunisia spoke about the specifics of border relations between the states of North Africa (border relations were the topic of my Ph.D. thesis). I am glad that the reports of students at my seminars became the basis for the articles that were included in the pilot issue of the materials of the conference “Greater Europe”.

What qualities distinguish a good sinologist — what qualities are now valued among those who work with China?

The most important thing is fundamental training, the level of education and self-education. It is very important to know the language, as well as the history of the country. The Chinese language itself is rich in history: two of the four “classic Chinese novels” describe events that happened several hundred years before they were written, and the plot of the third one is also historically motivated. There’s a paradox — for a full-fledged study of China, knowledge of the language is necessary, but only knowledge of the language is not enough. China is a dynamically developing country, therefore constant self-development is necessary in order to better understand the large-scale processes that China is currently experiencing.

What 3 stereotypes about Chinese culture can you dispel?

The main stereotypes of foreigners about China have historical roots. One of the most common ones is about terrible unsanitary conditions. Even today, some compatriots who visited the border cities of China in the 1990s, speak as eyewitnesses about the widespread filth. I myself remember a case that shocked me when doctors in one of the hospitals left their bicycles in the operating room. In recent years, the authorities and environmentalists have done a lot to change the situation. China’s major cities maintain the same high environmental standards as other leading metropolitan areas in the world.

In my professional work, I often have to dispel the myth that it is impossible for a foreigner to learn Chinese. It is really difficult to study, but on the other hand, aspects such as syntax or word formation, for example, are systematized to a much greater extent than in other languages. The most important thing is to understand this system.

“China is the capital of cheap consumer goods” is another myth that life itself has dispelled. China is a leader in many sectors of R&D, high-tech and innovative industries, and modern infrastructure.

You have several hundred scientific articles. You have spoken at conferences in the USA, Japan, Germany, Brazil, Spain, Poland, the Czech Republic, Slovenia and, of course, China. What topics do you consider now the most interesting for studying within the framework of students’ term and qualification papers?

If we talk about international relations, then the most demanded are regional integration, information technologies in the field of international relations, the problems of sanctions and counter-sanctions, and current trends in globalization. I am glad that many students of the European Region study not only intra-European processes, but also the relations of European states with China, Japan, Turkey, African and Latin American countries.

You are collaborating with a university that is included in the list of the 20 best universities in the world — Tsinghua University. How does this university differ from RUDN University?

RUDN University is a unique university, the degree of its internationalization has no analogues in the world and goes beyond any university rankings. Tsinghua University is a key university in China. Among its graduates are many representatives of the top leadership of China, including the current President of the People’s Republic of China Xi Jinping. This guarantees special attention to the university from the side of the central authorities and good funding from the state budget. However, there is also much in common. Our universities have modern, comfortable campuses, and the attention of university administrations to environmental problems makes them similar.

You often appear in the media. What for? It distracts from work and science, doesn’t it?

I am not very distracted, since I only comment on issues that I am well versed in. In addition, the duty of an expert is to bring his point of view not only to colleagues, but also to a wide range of readers.

Imagine that RUDN University is a person. What would you give as a birthday present?

RUDN for me is family. I try every day to give it my support, knowledge and love.

What quality do you value most in RUDN University? 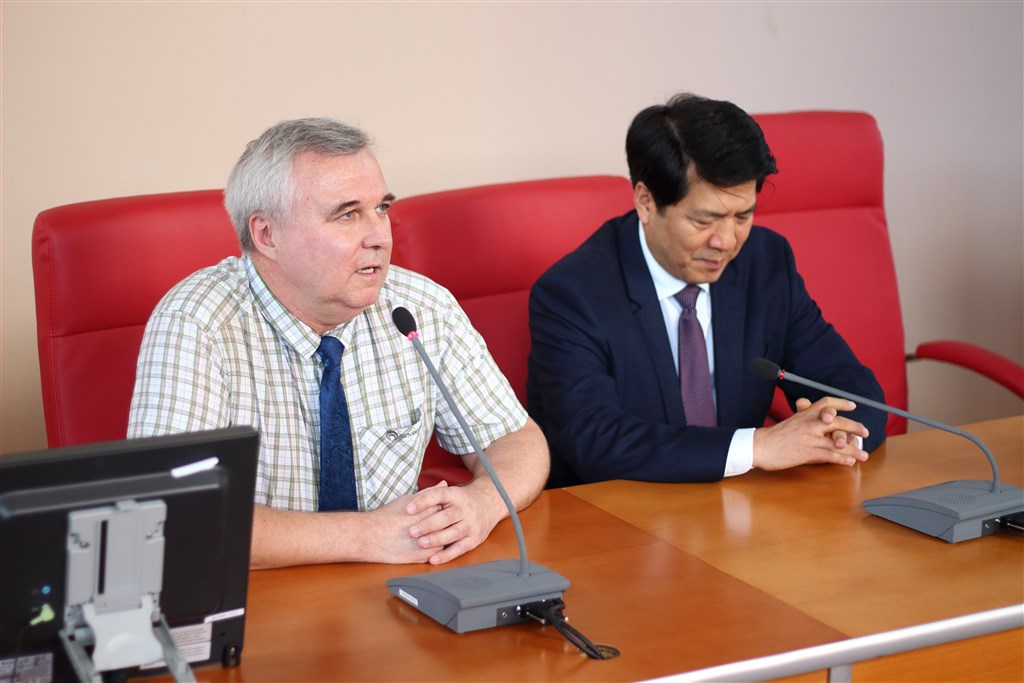 Previous news
Scientists Show the Importance of Contact with Nature in the City During the Lockdown
Next news
“I would give RUDN University a time flywheel to have time for all activities,” Alena Yadronova, student at the Institute of Foreign Languages
News
All news
Life in RUDN
63 is the age of accomplishments. RUDN University is always a university of opportunities!