Media
News
Life in RUDN
“I would give RUDN University a time flywheel to have time for all activities,” Alena Yadronova, student at the Institute of Foreign Languages

“I would give RUDN University a time flywheel to have time for all activities,” Alena Yadronova, student at the Institute of Foreign Languages

Life in RUDN
Alena is a third-year student. Last year, she won one million rubles in the All-Russian competition “Your Move”. Alena speaks about her first dream, winning the competition and plans for the future. On the eve of the birthday of RUDN University she is on the media project “Thousands of stories — one university”. 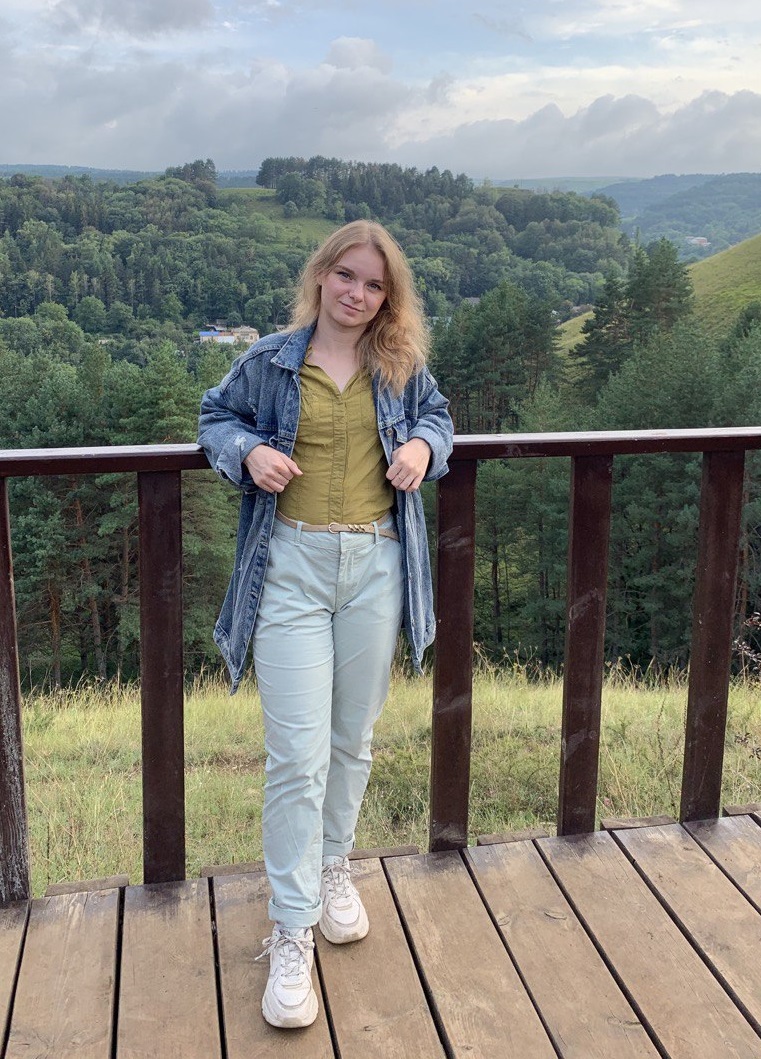 Why did you choose Linguistics at RUDN University?

I was interested in languages ​​at school. French became one of my first hobbies, and a trip to France became my first dream. The desire to speak a foreign language fluently was followed by the All-Russian Olympiad for schoolchildren in French. I won and got the opportunity to enter almost any university in Russia without exams.

RUDN University is a spontaneous but happy choice. I aimed for prestigious modern education with intercultural dialogue with native speakers and internships.

Why did the passion for the language grow into a professional activity?

At school, I passed an exam and got an internship at an international foundation with the support of the French Embassy in Russia “Alliance française”. Before that, I had already been to France, but this time I went on a linguistic internship for two weeks. I lived with a French family in Rouen. Every day there were language lessons and excursions. And this is just the beginning! I hope that RUDN University education will allow me to live and work in France.

What is the hardest thing about learning languages? What about your favorite?

The most difficult thing is when it seems that you know enough, but the language barrier still remains. Then you need to force yourself to start, even with mistakes, to communicate and express your opinion. And the most favorite thing is when the insight comes. For example, chaise longue is literally a long chair (sunbed). It would seem obvious, but it’s so nice to realize it.

What motivated you to participate in the All-Russian contest “Your Move”?

Advertising of this contest flooded all social networks. I didn’t really understand what kind of competition it was and why you need to participate. I was hooked by the banners — flashy, youthful and with a cool design. The organizers definitely know how to attract an audience.

Tell us about your Co-Pernic project, which brought you one million rubles.

In the final we were united in teams with students from all over Russia. We worked in “Science”. It was necessary to attract students to science and make them want to do it. Our target audience is students. The first-year students already understand what student science is and how one can develop in it. In 3 days, we developed the Co-pernic mobile application, in which students tell applicants where to look for information for scientific articles, or how to find a supervisor... The most important thing is that Co-pernic has gamification and a rating system that motivates users to use the application. We are working on launching an application in one of the social networks. 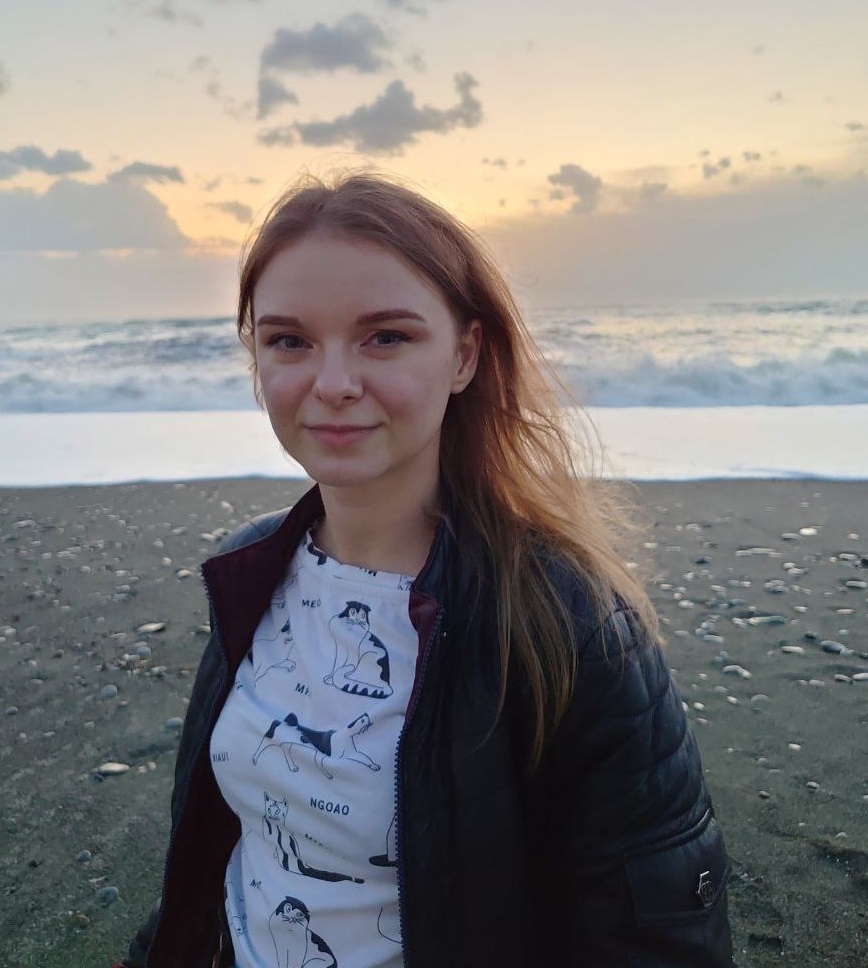 What difficulties did you encounter during the competition?

During the competition, soft skills were assessed, so we were watched several hours a day. They followed every word and every deed — it was hard for many to work under close supervision. Only those who are ready to sleep for 3 hours, and then run around the huge Sirius media center and work actively all day, remained in the final. As the main organizer of the competition said on the first day: “It won’t be easy. And yes, we do it on purpose.”

I learned a lot from the competition. Lectures taught how to deal with the impostor syndrome and find strength for projects. In practice I learned to work in a team with strangers. I also learned about project strategies, how to determine the target audience of a project and work with flipcharts, what brainstorming and benchmarks are (analysis of the best practices of other companies to optimize my own work) ... I learned many other words that used to mean nothing to me .

What emotions did you experience when you heard your name among the winners?

My heart was beating loudly as the winners were announced, and there were two hundred of them. Two hundred names were read starting from the end, and mine was among the last ones — I was in the top thirty winners. It seemed to me that the whole hall was silent — this is how intensely I was listening so hard. All around me, one by one, people ran to the stage, and it already began to seem to me that my name would no longer sound.

I heard “Alena Yadronova”, jumped up from the chair shouting: “Wow!”, and ran to the stage. There, with a huge certificate in my hands, I hugged an unknown winner, and together we cried to the anthem of Russia.

What helped you win?

Concentration on the result, because I wanted to make the project successful and bring it as close to reality as possible. I took on responsible work, talked a lot with experts, spoke before the jury and was not afraid of anything.

What are you planning to invest in?

So far I’ve saved money until better times. I don’t want to waste it — I’m waiting for the right moment. Perhaps I will open a language school.

What quality do you value most in RUDN University?

It is progressive and modern.

If RUDN University were a person, what would you give him for a birthday?

Time flyer to keep up with all the activities. I love festivals of different cultures in the main building — it’s impossible to miss them. I remember there was a stand where you could write your name in one of the African languages. I still keep this paper. Holidays are what I value at RUDN University. Sometimes I look at the schedule of events and just don’t understand how to fit in everything. 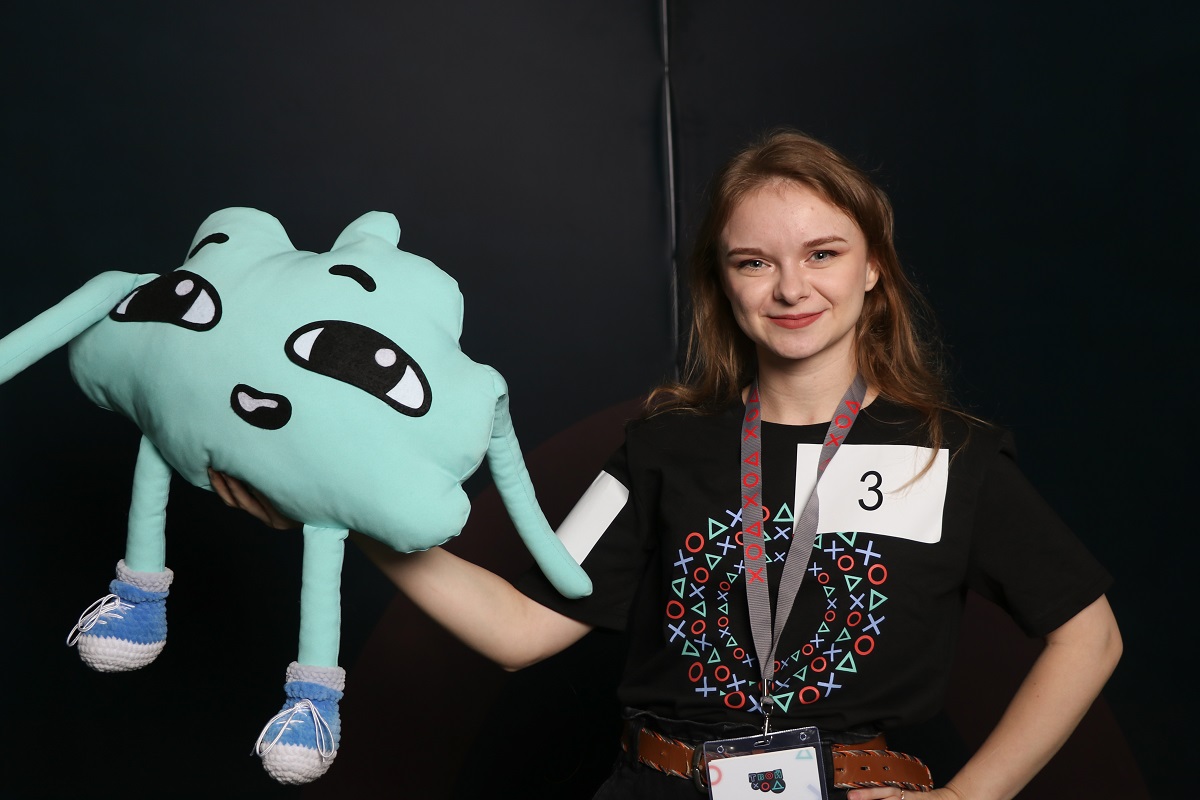 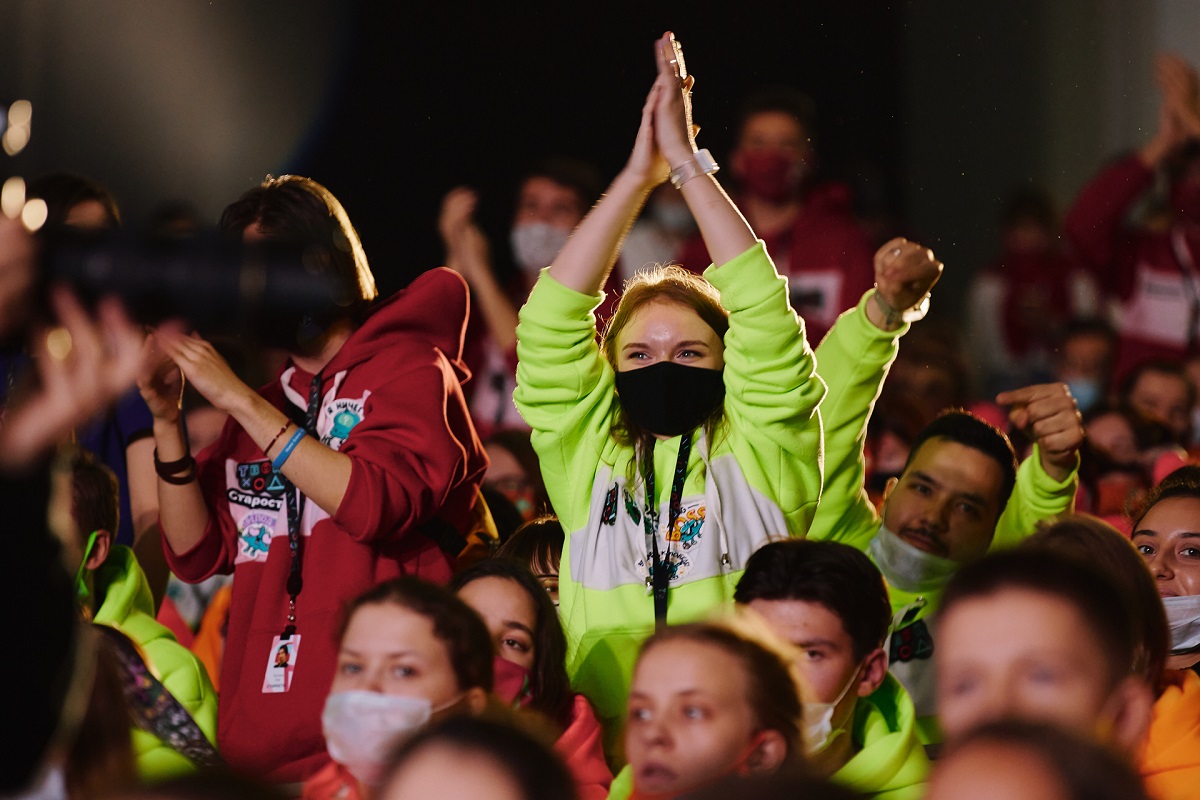 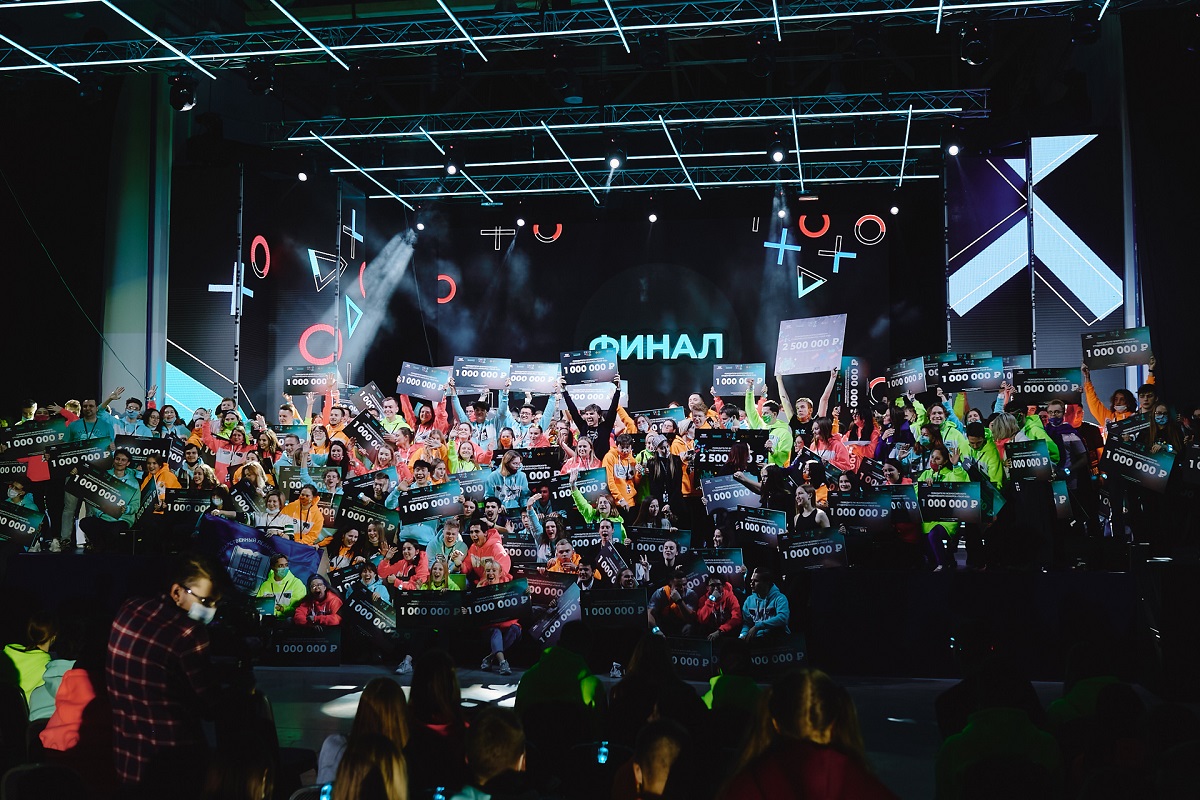 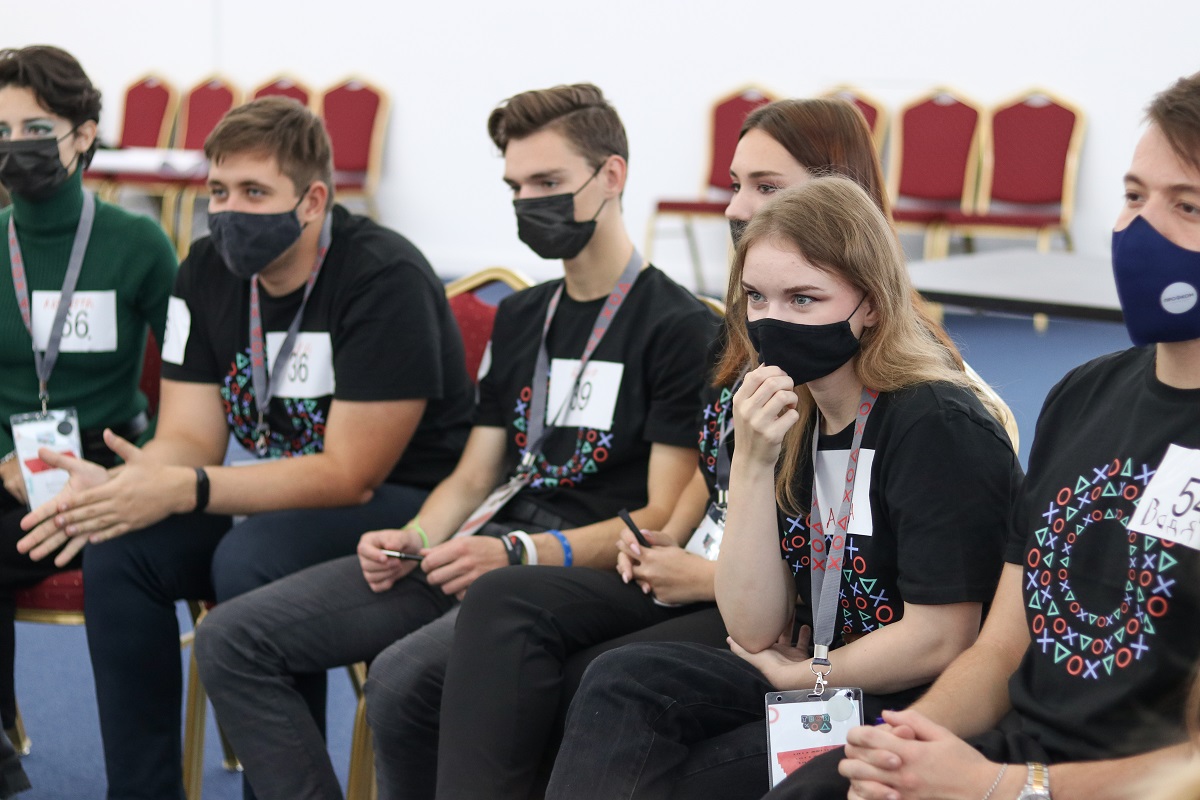 Previous news
“The degree of internationalization of RUDN University is unparalleled and goes beyond any university rankings” — Oleg Timofeev, lecturer at the Institute of Foreign Languages
Next news
The second semester at RUDN University begins in a remote format
News
All news
Life in RUDN
2023 New Year congratulations of RUDN Rector Oleg Yastrebov
Life in RUDN
Great love for the profession and alma mater. The story of Victoria Ismagilova, an excellent student of 10 semesters of RUDN Engineering Academy