Media
News
Life in RUDN
What is the daughter of an Ecuadorian police officer studying in Moscow?

What is the daughter of an Ecuadorian police officer studying in Moscow?

Life in RUDN
The second year of the master’s degree at RUDN Law Institute — Angelica Sandoval’s choice of major was certainly influenced by her father. He is a police officer, and as a child the girl listened to stories about the search for criminals, ambushes, chases and shootings. The key word is “the girl”, so despite father’s influence, the decision to study criminology looks a little bit extravagant. Especially when the training takes place literally on the other side of the world, in Russia. Although, if you look at it, everything turns out logical: childhood dreams, life goals — in RUDN Angelica managed to find everything she wanted.

I was impressed not so much by shooting or detective stories, but by psychology. —  Angelica says. — I wanted to realize what was going on in the minds of criminals, and what pushed them to commit crimes.

Accordingly, she began her studies from Psychology at the Philological Faculty. Later, she realized that she didn’t have enough knowledge of the legal framework, and entered the program of RUDN Law Institute to master “Forensic expert activities in law enforcement”.

In particular, the issues of specific offenses are certainly interesting. — Angelica says. — But I’m also interested in global problems, general trends that form extremely dangerous, monstrous behaviours, in which, for example, feminicide is possible. Feminicide is a gender-based hate crime term. So-called domestic violence is just one of its manifestations, a kind of harbinger of what later in the protocols can be dryly described as the deliberate murder of women because they are women. The student has been working on the topic of feminicide in Ecuador for several years. Elaborating this difficult topic requires time and effort from Angelica: it’s necessary to process statistical data and talk delicately about terrible crimes.

Why did Angelica decide to go to Russia, to Moscow? First of all, since high school, she wanted to study in some other country. Secondly, the choice was influenced by the long-standing trade and economic ties between the two countries, which haven’t been interrupted for many decades. And most importantly, once at the University, she found a lot of opportunities for self-realization.

This year I became President of the Ecuadorian students association. —  Angelica says. — There’s additional workload, but it’s interesting, it disciplines and teaches you to work in a multitasking mode: helping with the hostel, organizing classes, holding a concert — you need to do everything, and questions are constantly pouring in. And constant communication is also very important and helps a lot.

After completing her studies, Angelica plans to return to Ecuador, work with the police, and implement a women’s protection program. But she also specifies that this is the initial, so to speak, basic plan. Now, after several years spent in Russia, she doesn’t exclude the possibility that it could change.

There is a possibility that I would stay in Russia. I really like it here and it’s a country of great professional opportunities, — believes Angelica Sandoval. 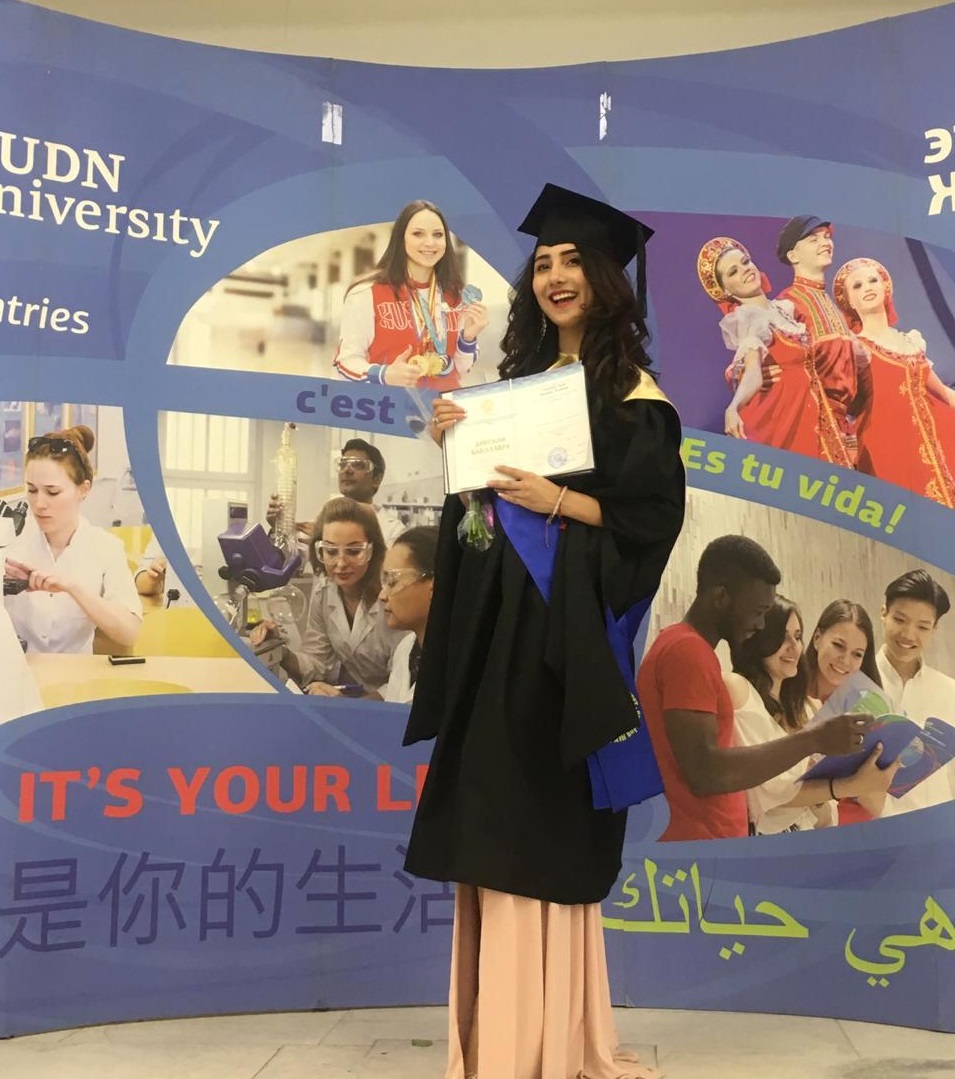 Previous news
Chemists from RUDN University used crab shells to improve palladium catalysts
Next news
RUDN University professors awarded state awards of the Russian Federation
News
All news
Life in RUDN
“I moved to Moscow with no money, so I opened a business” — Anastasia Fayzulenova, student of RUDN University’ 2013

At the age of 18, Anastasia founded the Casablanca dance school, where she attracted an investment of 42 million rubles. Now 26, she has created a health management service called Checkme. In 2021, she was nominated for the “30 Most Promising Russians Under 30” ranking according to Forbes in the “Entrepreneurs” category. Read her interview to know how to run a business and achieve success, what tests entrepreneurs go through and about self-development.

Life in RUDN
Lingua slam 2021: everything is clear

From 12 to 18 June 2021, the second international online battle “Lingua SLAM” between Ph.D. students and students was held at the Institute of Foreign Languages of the RUDN University.

Life in RUDN
50 countries — one ticket: RUDN University send guests of the “Planet South-West” festival on a journey

Once a year, RUDN Airlines give you the opportunity to visit dozens of countries in a few hours. No visa and luggage — take only the most necessary things: a student card and good mood. RUDN University students from 50 countries introduced the guests of the “Planet South-West” festival to their cultures and traditions.