Phosphorus is the second most vital element for plants after nitrogen. In the soil, it is bound into organic or inorganic compounds. The soil cycle of phosphorus has several stages: first, organic substances mineralize; then, phosphorus is transferred to inorganic mineral compounds; after that, it is consumed by plants, and then it returns to the soil with organic plant waste. A soil scientist from RUDN University was the first to find out that global warming can deplete soil phosphorus reserves. To do so, he studied soil samples from the Tibetan Plateau, a place where temperature grows three times faster than on average across the planet.

“The Tibetan Plateau is the largest pasture in Eurasia, and considerable temperature growth in the region combined with excessive cattle grazing and other factors has already led to a visible decrease of soil nutrients. It is vital to understand changes in soil phosphorus dynamics caused by global warming in order to predict the reaction to climate change in the Tibetan Plateau on the ecosystemic level,” said Yakov Kuzyakov, a PhD in Biology, and the Head of the Center for Mathematical Modeling and Design of Sustainable Ecosystems at RUDN University.

The scientist took soil samples from 10 areas across the Tibetan Plateau (3,500 meters above sea level) and the Loess Plateau (about 1,300 meters above sea level). The average annual temperature at the highest sampling point was 0.3℃, and at the lowest 9℃. All plant roots were removed from the samples, and the soil was dried at 105℃. After that, a team of soil scientists separated organic and inorganic phosphorus and measured the activity of phosphatase, a soil enzyme that is produced by plant roots and enables plants to consume phosphate minerals.

It turned out that in the cold soils of the Tibetan Plateau phosphorus is stocked up in the organic form that cannot be consumed by plants, while in the warm soils of the Loess Plateau it is presented in the inorganic form and is available to plants. Phosphatase, in its turn, was more active on higher altitudes. The team saw it as a kind of a protective mechanism: in cold climates, it is better to store phosphorus in organic waste, not in minerals that can be washed out from the soil by rains.

The team also believes that global warming can have a harmful impact on the cycle of phosphorus on the Tibetan Plateau. With the growth of temperatures phosphorus would transition from the organic to the inorganic form, just like it already does in the warm soils of the Loess Plateau. On the face of it, it appears to be a positive development, as it would increase the fertility of Tibetan soils. However, the organic phosphorus stored on the Tibetan Plateau is a product of long years of evolution in a cold climate. When it gets warmer, phosphorus resources would deplete because it would take longer for organic phosphorus to build up than for plants to consume its inorganic form.

The results of the study were published in the Agriculture, Ecosystems and Environment journal 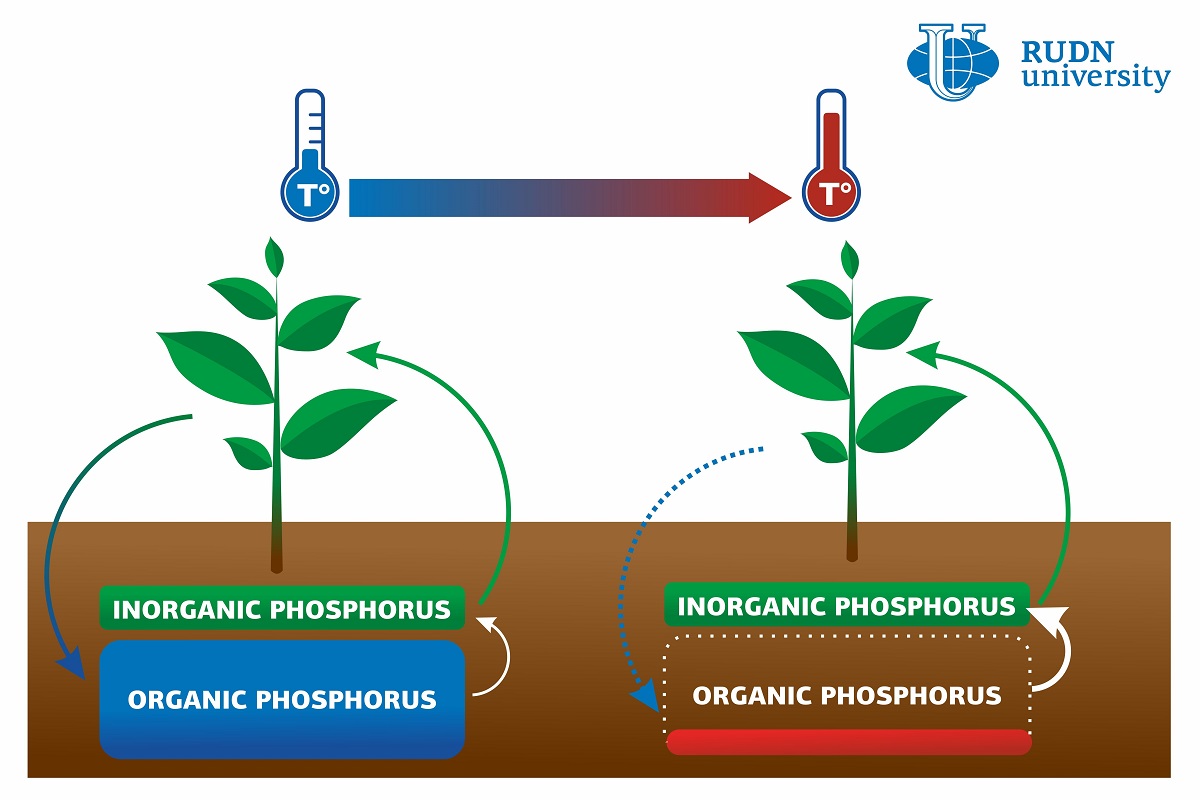