Science
RUDN University mathematicians built a model of COVID-19 spreading based on two regression models. The mathematicians divided the countries into three groups, depending on the spreading rate and on the climatic conditions, and found a suitable mathematical approximation for each of them. Based on the model, the mathematicians predicted the subsequent waves. The forecast was accurate in countries where mass vaccination was not introduced.

The epidemy spreading rate within the country depends, among other things, on the climatic conditions: temperature, humidity, winds. For example, in the cold season, dry air dries the nasal mucus out which acts as a first line of defence to the virus. Therefore, a person becomes infected faster. High temperature, on the contrary, prevents the virus from surviving. Based on these considerations, professor Maria Alessandra Ragusa of RUDN University together with her colleagues from Egypt and Italy built models of the COVID-19 spread separately for three groups of countries with different climatic conditions. It turned out that the model accurately predicts the further course of the epidemic, but only until the effect of vaccination begins to affect.

“The main challenge during studying epidemics is how to predict the disease behaviour, how many people will be infected in the future, determining the pandemic peak, second wave of the disease time of action, and the total deaths after the pandemic ends. We used a new state-of-art of regression models to model daily confirmed cases and to predict the upcoming coronavirus waves in different countries.”, Maria Alessandra Ragusa, professor of RUDN University.

For modelling, scientists used WHO data on the number of cases from March 1 to November 15, 2020. RUDN mathematicians chose the most suitable regression models — methods for statistical research of the influence of several variables on one value. The Fourier series and the sum of the sine-waves were the most accurate for the modelling COVID-19 cases. This means that the curve of new cases of the disease is represented either as a sum of Fourier functions (they can be represented as waves of a certain frequency and amplitude), or as a sum of ordinary sine-waves.

As a result, professor Ragusa obtained the calculated values of the peak of the second or third wave in the studied countries. Different models gave close forecasts with a difference of several days. The obtained predictions were compared with the data available at that time. It turned out that the model provides fairly accurate predictions if the country does not introduce wide vaccination. For example, the calculated value of the peak of new cases in Egypt is 1481 people on January 11, 2021; the real peak occurred on December 31 with 1418 cases. In other countries, the model provides an accurate prediction until the beginning of 2021. After that, the vaccination effect takes place and the calculated values differ from the reality. For example, for Germany, the predicted and real values are close until about January 15, 2021, and on February 15 they differ by about 2.5 times.

“In our future work, we will make developments on the current predictive models considering how vaccination affects the virus spread rate”, Maria Alessandra Ragusa, professor of RUDN University.

The results are published in Mathematics 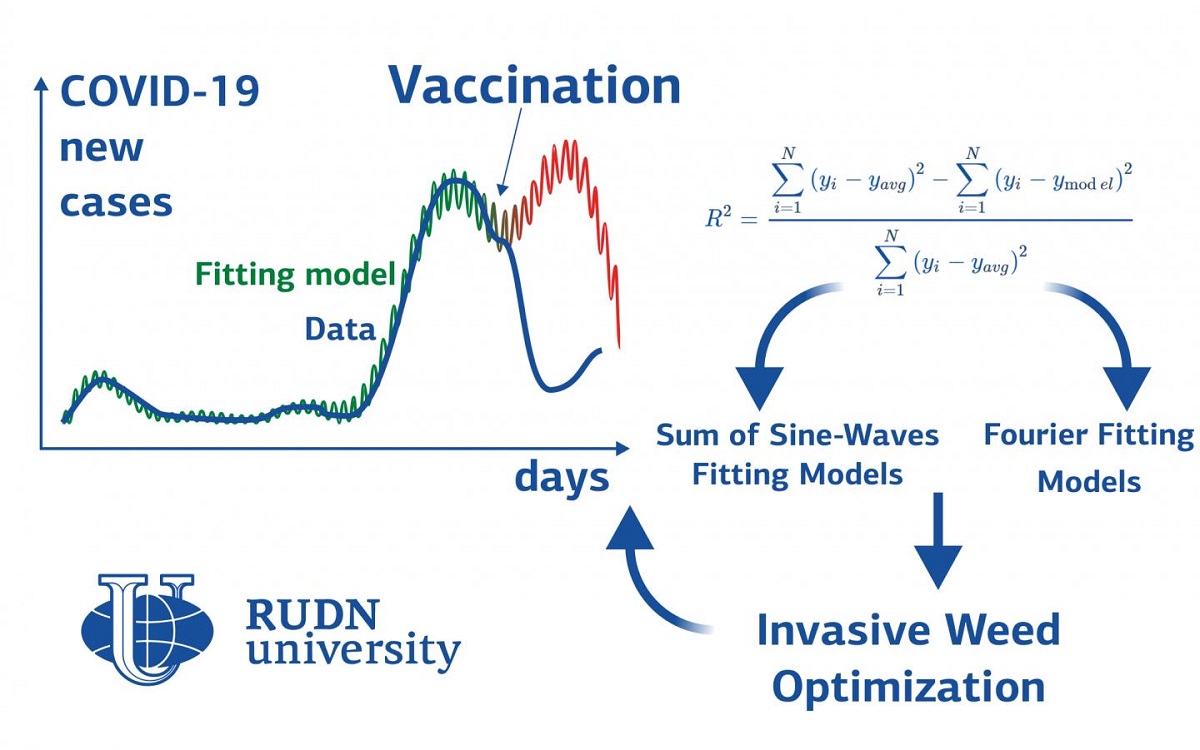 Previous news
Green Suburbs Can Be More Harmful to Urban Residents Than City Centers, Say Soil Scientists from RUDN University
Next news
RUDN University biologist tested the resistance of bioplastics to aggressive environment
News
All news
Science
RUDN University mathematician determined the conditions for the coexistence of three species in the wild

RUDN University mathematician together with colleagues from India and France for the first time studied in detail the system of coexistence of three species of living creatures in the wild. The results help to understand what parameters determine the extinction andли survivalof species, and how the number of species changes in space and time.

RUDN University chemist with his colleagues from Portugal has developed two types of coating based on new coordination polymers with silver. Both compounds were successfully tested against four common pathogens.

RUDN researchers have created and tested a method for processing titanium dental implants. It turned out that theanoslos of graphene on the surface of titanium improve its interaction with stem cells,which are placed on the implant so that it better "takes root".Thanks to this method ofprocessing, stem cells are better kept on the surface, multiply and turn into the desired cells.