Science
A RUDN University chemist has synthesized an analog of alpkinidine, a compound that can be used as an anticancer drug. The authors of the experiment were able to obtain its analog via the Negishi reaction and subsequent annulation – a reaction aimed at completing the “rings” to the existing cyclic compound. Previously, there were no ways to synthesize this substance. The developed method could potentially become the basis for a scheme of the synthesis of alpkinidine.

Alpkinidine is a naturally occurring purple substance obtained from the sea sponge Xestospongia cf. carbonaria. A specific feature of its structure is the presence of a complex ABCDE five-rings system. Alpkinidine is not yet well studied, in contrast to the closely related amphimedine and neoamphimedine. These substances are known to demonstrate antiviral, antiparasitic, as well as antifungal and antibacterial activity. It is also known about neoamphimedine that it can show selective cytotoxicity to the cell lines of solid tumors, i.e., tumors developed not from the cells of the haematogenic system. Neoamphimedine undergoes preclinical trials and could be an effective anticancer drug in the future.

The antitumor effect of neoamphimedine is due to its inhibitory effect on DNA topoisomerase – an enzyme that is responsible for regulating the topology of DNA. The development of anti-cancer drugs — topoisomerase inhibitors — is a promising field in pharmacology, since compounds with similar inhibitory properties show a very strong antitumor effect. Most of them are not used in therapy because of the strong toxic effect or unpredictable side effects in the physiological environment, so scientists are actively searching for analogs with similar useful properties and without a negative effect on the human body.

Fedor Zubkov, Ph.D. in Chemistry, Associate Professor of the Department of Organic Chemistry of RUDN University, synthesized an analog of alpkinidine and thus developed a new approach to the synthesis of compounds with an ABCD ring system of alpkinidine.

The article is published in ChemistrySelect. 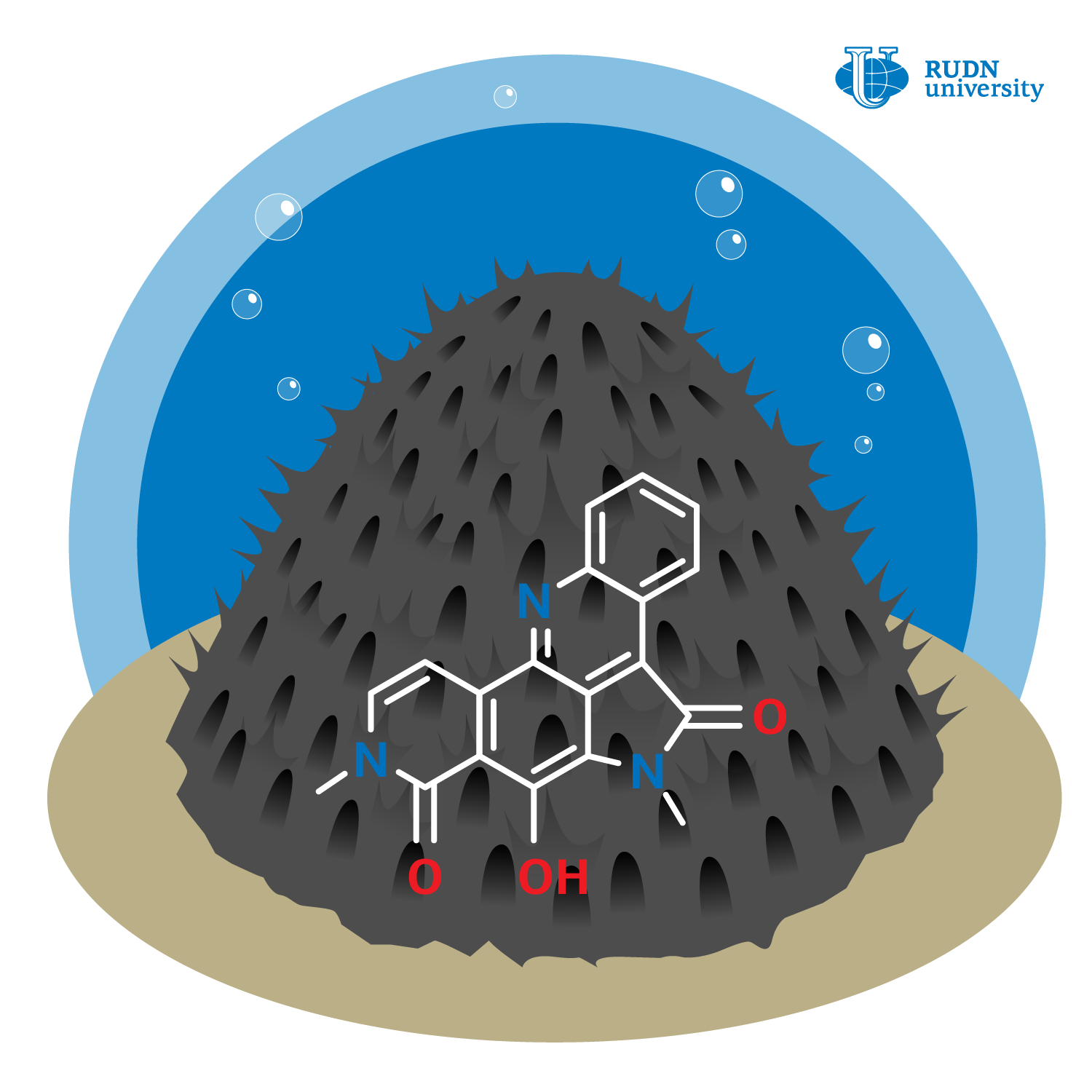