Images of the Earth’s surface and other planets are obtained using synthetic aperture radar (SAR). The radar is located on a spacecraft or carrier aircraft. It scans the surface and simultaneously tracks its position. As a result, detailed maps of the surface are obtained, and their quality does not depend on either the weather or the time of day. The most common type of such radars is PolSAR. Machine learning methods are used to process radar data. Due to differences in the operation of algorithms, they work with different accuracy and speed. Therefore, if the algorithm is incorrectly chosen, the calculations are less accurate or require more time for calculations. RUDN University engineers compared the four most popular methods and found out which one is the most effective.

“Classification of PolSAR data is one of the favorite topics in the field of remote sensing. A wide range of algorithms is used for this purpose. The most well — known of these is the SVM support vector method, which is widely used for classifying PolSAR data. However, until now, no research has been conducted on the use of some extended versions of SVM. We compared these methods for classifying PolSAR data”, — Doctor of Technical Sciences Yuri Razumny, Director of the Department of Mechanics and Control Processes of the RUDN Engineering Academy.

RUDN University engineers together with their foreign partners compared four methods: the support vector method (SVM) and three of its modifications — the least squares support vector method (LSSVM), the relevant vector method (RVM), and the vector import method (IVM). Their work was tested on three sets of data obtained from PolSAR: images of the province of Flevoland (Netherlands), the vicinity of the village of Foulum (Denmark) and the city of Winnipeg (Canada). The first and third data sets included extensive agricultural areas. Folum’s images mostly show forests, agricultural fields, and populated areas. The task of machine learning algorithms is to determine how each plot of land is used (where wheat is grown, where the forest grows, where the river flows, and so on). Algorithms were trained on 5%, 10%, 50%, and 90% of the data, and the remaining data was used to test their performance. The effectiveness of the algorithms was evaluated by an indicator varying from 0 to 1, with the unit corresponding to the ideal classification, as well as the time required for learning from the algorithm.

LSSVM turned out to be the fastest-for any amount of training data and for all three regions. For example, for Folum, with 50% of the data allocated for training, LSSVM took less than 0.5 seconds, and the rest of the algorithms took 12-15 times longer. However, SVM proved to be the most effective. It showed the highest training rate for almost all data volumes for Winnipeg and Foulum: 0.78 for Foulum and 0.69 for Winnipeg. In second place in both cases was IVM-0.76 and 0.68, respectively.

“SVM proved to be more efficient, more accurate, and more stable when classifying two of the three data sets. Another conclusion we made is that LSSVM is extremely fast compared to other methods. LSSVM produces comparable accuracy at 12 times faster than SVM and about 15 times faster than RVM and IVM. Therefore, LSSVM can be considered as a worthy modification of SVM with acceptable accuracy and higher speed”, — Javad Hatamiafkuieh, PhD student at the RUDN University Academy of Engineering.

The study is published in the European Journal of Remote Sensing. 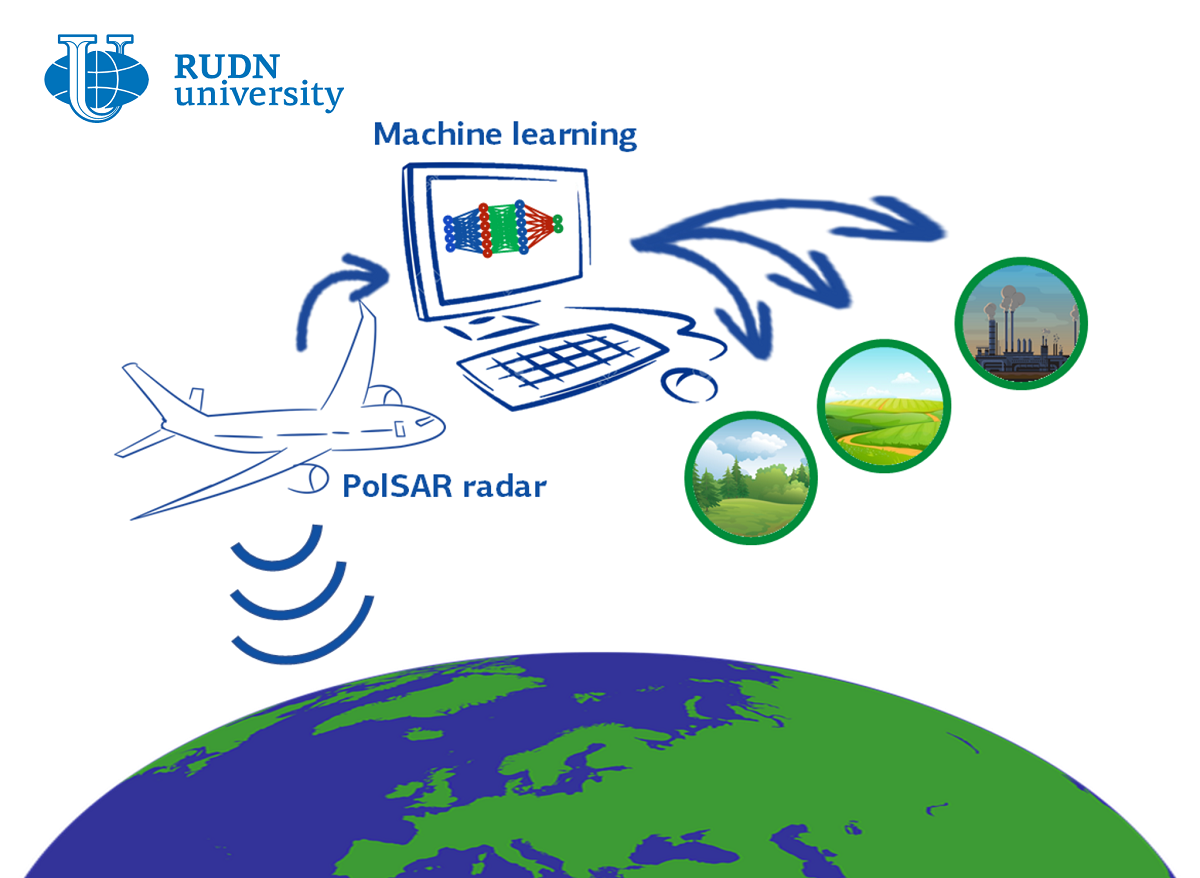 Previous news
Where can I receive money transfers from abroad? Is it possible to study remotely? What will happen to my personal belongings left in the hostels? Rector of RUDN University Oleg Yastrebov had a second meeting with international students
Next news
RUDN University Mathematician Suggests the Way to Make Group Decisions With “Conflict behaviour” of Participants
News
All news
Science
RUDN chemists have created a biodegradable polymer for disposable medical products