“We are proud of this result. This is an indicator of the effectiveness of the faculty and the entire RUDN University in the field of sustainable development and environmental management. We believe it a necessary step in further work to create a sustainability office on the basis of the Faculty of Ecology to promote our achievements in this area,” says Elena Savenkova, Dean of the Faculty of Ecology.

The results of the 2020 ranking were announced at the UI GreenMetric online forum, which was attended by over 380 people. RUDN University was represented by Elina Moon — Head of RUDN University Rankings Department, Elena Savenkova — Dean of the Faculty of Ecology and Margarita Redina — Head of the Department of Applied Ecology.

Participants noted an increased interest in the environmental responsibility of universities and in green initiatives that are being implemented on campuses. Thus, the number of participants in the ranking this year has grown to 912 universities from 85 countries. Last year the figure was 780 out of 84 countries.

RUDN University was awarded a special diploma as the most active national coordinator of the UI Greenmetric World University Rankings network. The national coordinator informs the universities in the countries — participants about the current conditions of the ranking assessment, conducts informational events, organizes the exchange of experience on sustainable development of universities, and demonstrates the best achievements in the field of greening, resource conservation and environmental education. Only one university in the world receives this award every year.

In 2020, the representation of Russian higher education in the UI GreenMetric ranking increased. Last year there were only 46 Russian universities, in 2020 — already 52. 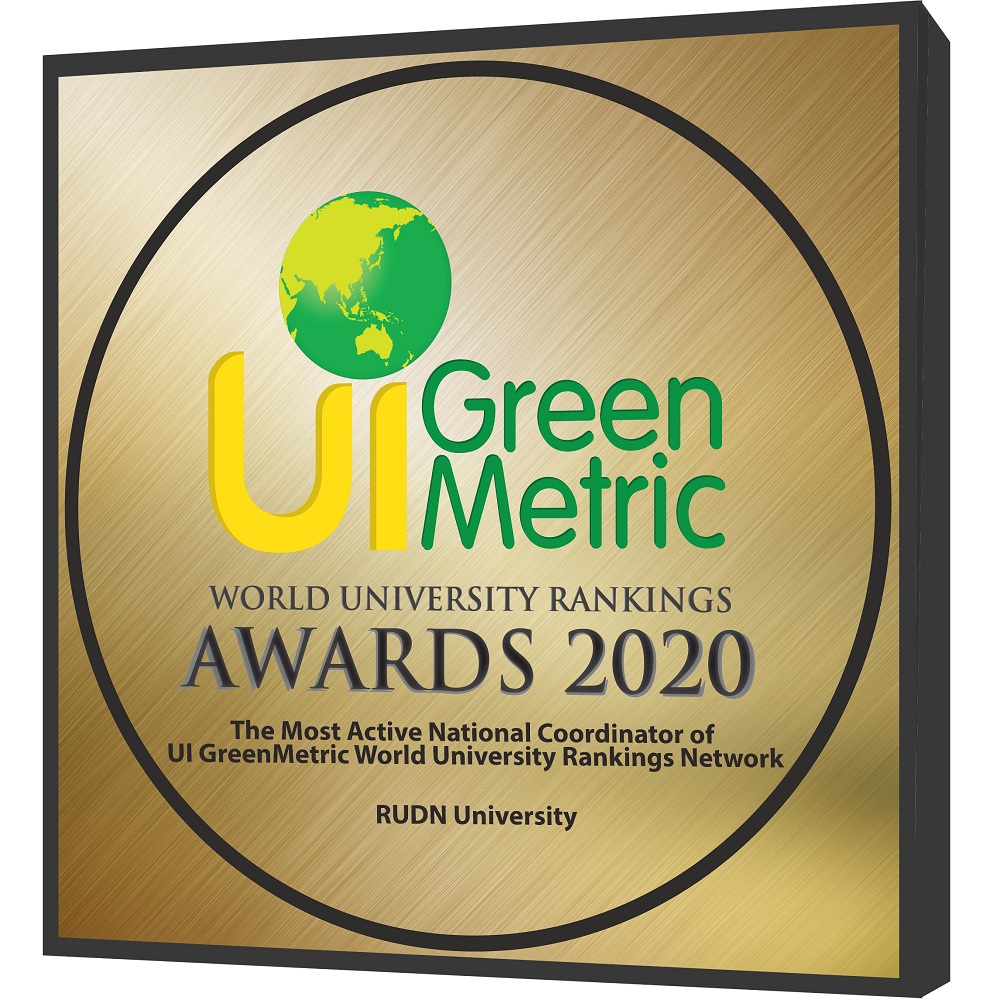 Previous news
They came from Palestine, citizenship - Jordan, but when asked where they are from, they answer - from RUDN
Next news
Doctors confirm the existence of multiple chronotypes
News
All news
About RUDN
RUDN University becomes a federal innovation platform in the priority area “Informatics. Digitalization”