Science
Having conducted a large-scale study, a team of scientists improved the classification of human diurnal activity and suggested using 6 chronotypes instead of just ’early birds’ and ’night owls’. Two thousand participants, including the employees of the Institute of Medicine of RUDN University, were tested in the course of the research.

The physiological functions of our bodies are subject to diurnal rhythms. It means that a person can be more or less active and efficient depending on the time of the day. The two widely known chronotypes are ’early birds’ that are most active in the morning and ’night owls’ for which evenings are the most productive time. However, these two types are not clearly distinguished: about 60% of all people fail to fit into one of the categories. A team of scientists from the Institute of Medicine of RUDN University together with the leading Russian and foreign chronobiologists carried out a large-scale study and identified 4 additional chronotypes, thus expanding the common classification.

“The research of individual chronobiological and chronopsychological differences is predominantly focused on the morning and evening chronotypes. However, recent studies suggest that the existing classification needs to be reconsidered and expanded. Our team conducted a test and asked the participants to choose their diurnal activity types from six suggested options. Based on the results of the test, we studied the dynamics of sleep-wake patterns throughout the day,” said Dmitry S. Sveshnikov, MD, an Assistant Professor at the Department of Human Physiology, Institute of Medicine of RUDN University.

The team suggested a new classification that includes 6 chronotypes characterized by different criteria: sleep duration, excessive diurnal drowsiness, ability to wake up and fall asleep as and when required, and so on. The four new chronotypes in the classification are highly active type (that remains active throughout the day), daytime sleepy type (that is active in the mornings and evenings, not in the afternoon), daytime active type (that is active in the afternoon), and moderately active type (with reduced activity throughout the day).

The team conducted a number of online tests with a total of 2,283 participants, and 95% of the respondents identified with one of the six chronotypes. Only 1/3 of them chose either a morning or an evening type (13% and 24%, respectively). The majority of the participants went for the other four types: 15% chose the daily type; 18%—daytime sleepy type, 9%—highly active type, and 16%—moderately active type.

“Taking into account the incidence of the types in question, we consider our hypothesis about the existence of additional chronotypes fully confirmed,” added Dmitry S. Sveshnikov.

The results of the work were published in the Personality and Individual Differences journal. 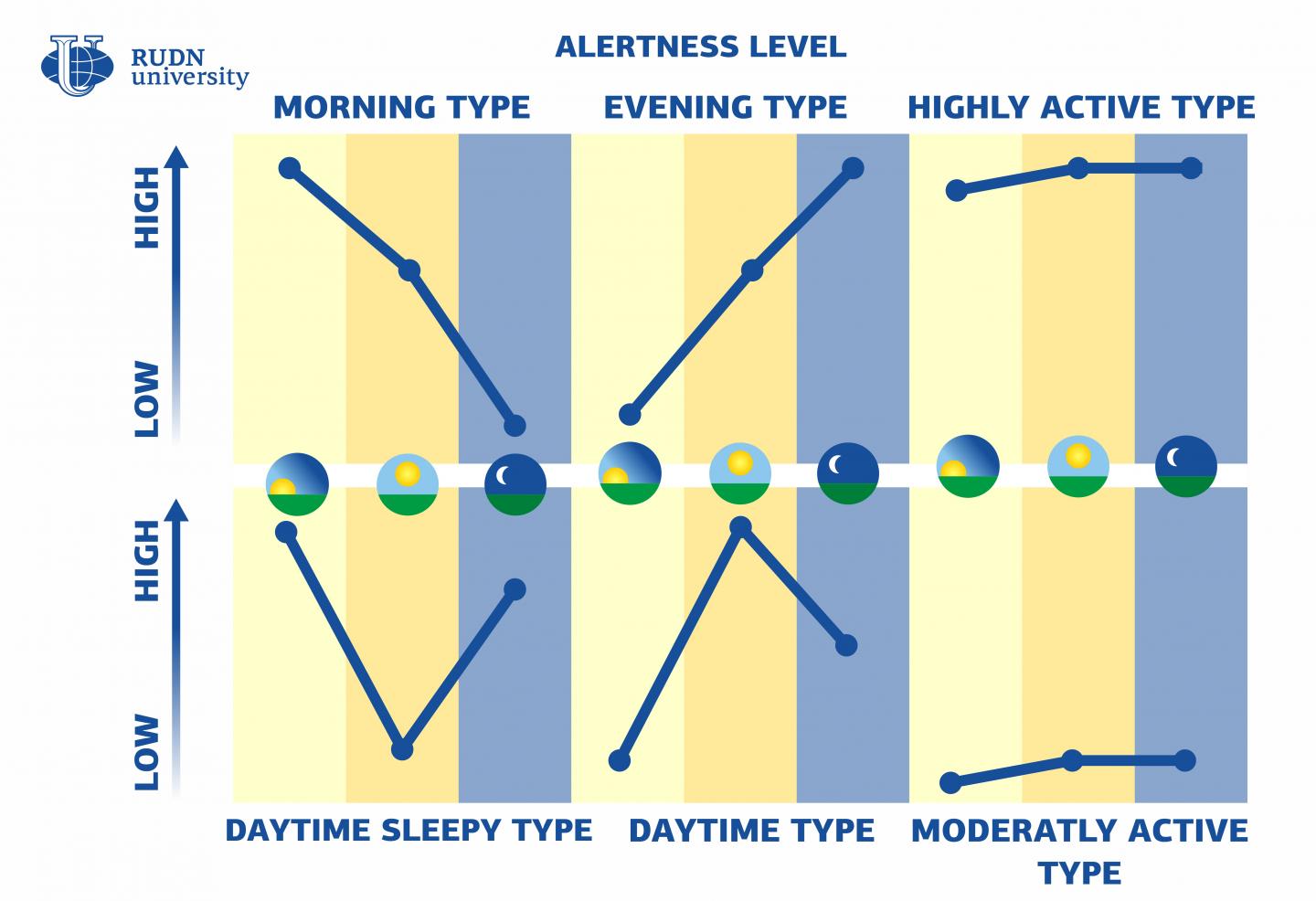