Bhattarai has been dreaming to become a doctor all his life. When he was 18, he took part in a contest for school students to win a scholarship of the Nepalese government to study medicine abroad. He won and chose RUDN, a famous university a lot of friends and relatives had recommended.

The selection of candidates for the nomination “RUDN Graduate 100,000” was done in 2 stages – dozens of candidates were suggested by faculties and institutes and 9 were finally chosen. Each of them made a video presentation of his or her achievements. Members of the Academic Board chose the best.

Our hero came to Russia in October 2010.” I didn’t know a word of Russian and I thought that Russians never smile. Students from Nepal met me in the airport. I was stunned when I first saw Moscow! I was very impressed by the different colors of the leaves on the trees- it was amazing! What I missed a lot was my usual food especially fresh mango, but we cooked various national dishes. Russians turned out to be very friendly and hospitable people”

In the near future RUDN Graduate 100,000 has serious plans - go back to Nepal, take a professional test, get a license and work. “After I will go to residency and later do my PhD”, he says. “I am dreaming of becoming a cardiologist in a state clinic in Nepal and later also teach at a university”

“A doctor should convince patients that they will win over the disease. The Russian diploma will help me save lives in Nepal”, Bhattarai Hari, RUDN Graduate #100,000. 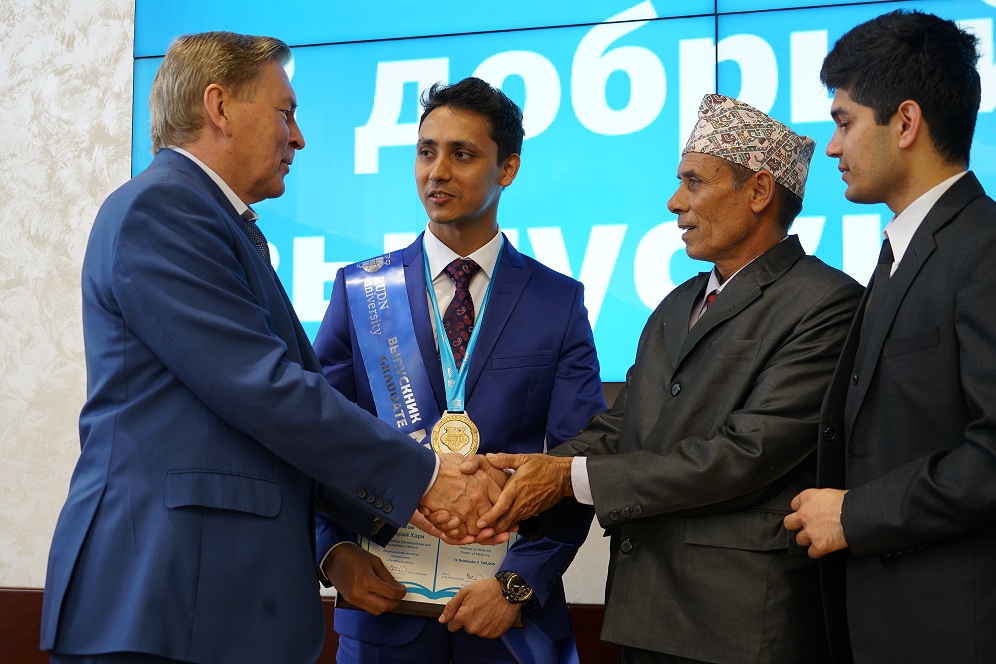 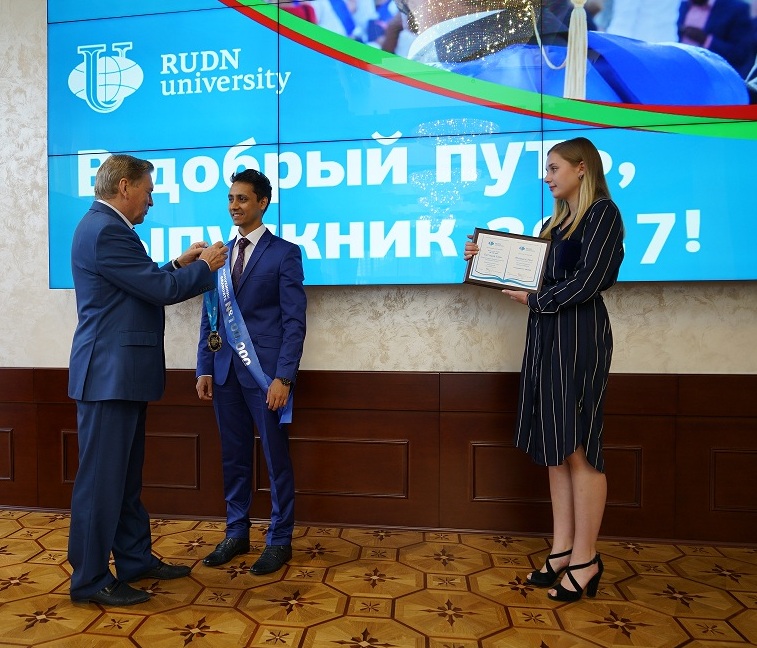