Media
News
Alumni
“I clearly followed the instruction of our teachers — to be a source of knowledge for people,” — Ngan Tony Francois Pierre, RUDN University graduate from Cameroon

“I clearly followed the instruction of our teachers — to be a source of knowledge for people,” — Ngan Tony Francois Pierre, RUDN University graduate from Cameroon

Alumni
RUDN University has trained graduated about 200 thousand students, including specialists from all over the world. One of them is Francois, a graduate of the RUDN Faculty of Economics, a major Cameroonian entrepreneur and author of 9 books on economics and business. In 2010, Francois completed his postgraduate studies and defended his Ph.D. at RUDN.

He went to apply the knowledge got at RUDN in practice to his native Cameroonian village. Today he owns 80 hectares of cassava, runs the Association of Alumni of Russian Universities in Cameroon, writes books and recalls with nostalgia the place that gave him a start in life. François, why did you choose Russia for your studies?

At the history lessons in Cameroon, we were told a lot about the Second World War and the feat of Soviet soldiers. Then I formed the image of a strong Russia and I wanted to visit this country, to personally get to know the Russian people. The Mendeleev periodic table also played its role. We were very passionate about the periodic system, which was invented by a Russian scientist.

It used to have the name of Patrice Lumumba, and he was a very influential person in Africa. And, of course, I wondered what significance he had for the university. I also knew that students from all over the world study at RUDN and you can get to know different cultures and people there.

Who do you remember most from your student days?

Have you always wanted to connect your life with the economy and business, or were there other options?

I have always dreamed of being a doctor and master this specialty in Russia. In my hometown there was a doctor who had graduated from RUDN. My mother took me to him as a child, and I remember well how he wrote out a certificate with his seal, and the imprint said — graduated from the Peoples’ Friendship University of Russia. It stuck in my memory. Now this doctor works in the Ministry of Health of Cameroon.

Have you always wanted to connect your life with the economics and business, or were there other options?

I have always dreamed of being a doctor and mastering this specialty in Russia. In my hometown there was a doctor who graduated from PFUR. My mother took me to him as a child, and I remember well how he wrote me a certificate with his seal, and on the imprint it was written — he graduated from the Peoples’ Friendship University of Russia. It’s stuck in my memory. Now this doctor works in the Ministry of Health of Cameroon.

But how did you finally choose economics?

I changed my major on the spot. I like helping people, and I had a desire to start my own business — create jobs and earn money for my region.

How did your career develop after graduating from RUDN University?

I completed my postgraduate studies at RUDN University. I wrote and defended a thesis on the topic “The influence of external factors on the socio-economic development of Cameroon.” During our studies, the teachers told us that the university education would finish with a master’s degree, postgraduate school is already scientific activity, and a postgraduate student is a researcher who should contribute to the economic and social development of the world. Therefore, back in Russia, I wrote my first two books, and when I came to Africa, I clearly understood that I would do science and develop my business in parallel. Scientific activity is difficult, it will not bring money immediately, but its results can be seen in 10 or 20 or 30 years, when the scientific theory is put into practice.

After graduating from RUDN, to the surprise of many of my friends, I returned to my native village. But I clearly followed the instruction of our teachers — to be a source of knowledge for people. I explained approaches to economic activity, introduced the theory of economics, explained how to create a business and run it. It took a lot of time, but the main thing is that after a while, people in the village created plantations and believed in themselves. François, you mentioned business. What progress have you made in this direction?

In economics, there is a concept of “comparative advantage”. So, the comparative advantage in Africa is agriculture, which helps us create resources, increase productivity and increase GDP. When I returned home, my friends and I started growing cassava on 10 hectares of land. Every year we increased the planting area by 5 hectares. Now we have a common business and about 80 hectares of land. I also have my own project — I grow fruit and send them for export, including to Russia. In addition, I am an international consultant, I work with Russian entrepreneurs and universities — I represent their interests in Africa at private and state enterprises.

Do you think RUDN University education helped you achieve success?

Of course, it did! Knowledge is the most important thing today. Many people told me that I would fail, but I was sure that with the skills and competencies that RUDN University gave me, I would do everything and anything. At the university, we were trained not just as specialists with diplomas, but as people who would help society and their countries. This is human capital. And my eighth book is just about that.

François, how many books do you have in total?

There are nine. They are translated into six languages, and into Russian too. This is eight years of my life. The first two books, for example, are about medium and small businesses. When I visit RUDN University, I will definitely bring books in all languages for the future generation of students.

What do you like to do in your free time?

I like football. I played in the RUDN team for 10 years. And we still communicate with the football team of that time. I love to travel and get to know people and regions. I like to listen to music and sometimes sing.

Are books also a hobby or, rather, a continuation of scientific activity?

This is scientific activity and a profession. Yes, writing books takes a lot of time, but science is my main activity. The rest is just an addition. Now I am preparing for the first time for the presentation of books, which will be held in my hometown from 1 to 10 October. There will be guests, including from Russia and RUDN. This event is very significant for me. And I am grateful to RUDN University that all this is happening thanks to the knowledge that it gave me.

Do you keep in touch with Russia and RUDN now?

RUDN is my second home. The university never, even for one minute, let me go, neither did I. When I returned home, I became one of the founders of the Association of Graduates of Russian and Soviet Universities in Cameroon. Now we are working on the promotion of the Russian language and culture in Africa, we are facilitating the scientific exchange of students between Russia and the African continent, we are participating in conferences. We are over 200 like-minded people.

What are your professional plans for the future?

My main dream is to connect Russia and Africa. I have already said that I grow fruit and, of course, I would like the trade turnover with Russia to increase. The Russian Embassy in Cameroon gave me permission to create the first Russian Cultural and Educational Center in Cameroon. Of course, I will develop this project and we already have the first results — two years since the Russian language has been taught in Cameroonian schools.

Who supports you in this?

Of course, my family does. I am grateful to them for everything they have done for me. In Russia, I studied on a contract basis and my family was always by my side. When I returned home, they met me and accepted all my decisions.

Francois, what would you wish to those students who are just starting their professional career?

In Africa, I always tell students that they go to university to learn, not to get a degree. For example, in Africa, unemployment is high and, returning here, it is not always possible to immediately find a suitable place. But if you have the knowledge — you can do like I did — become a consultant, do science and create resources. And suddenly you are the employer yourself, and you give jobs to people. 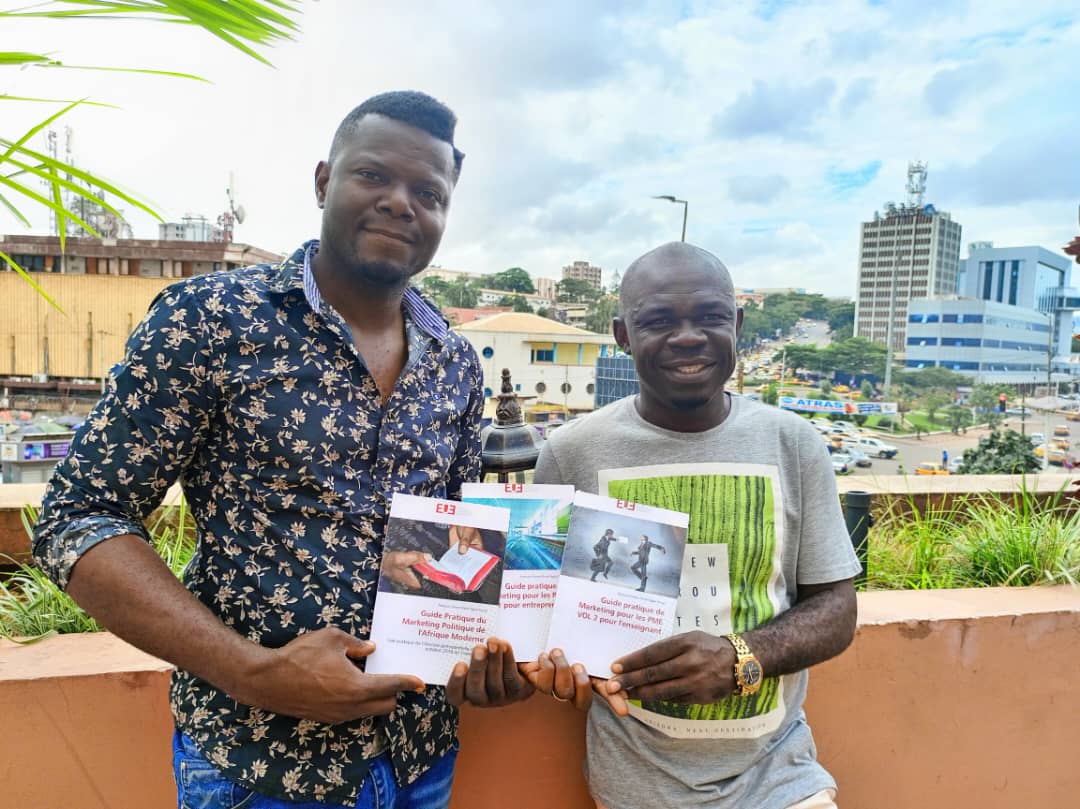 Previous news
RUDN University and the Cyprus University of Health and Social Sciences agree to cooperate in the field of medicine
Next news
Tissue architecture, cell organization, biomedical products: a scientific and educational resource center opens at RUDN University
News
All news
Alumni
“For 2 years now, I have been helping every first-year student from Yemen take their first steps into student life,” Al-Rahabi Mohammed Abdulkarim Mohammed, graduate of RUDN University