Media
News
International cooperation
“I am not saying goodbye to RUDN!”: University graduates establish the International Club of RUDN Alumni and friends

“I am not saying goodbye to RUDN!”: University graduates establish the International Club of RUDN Alumni and friends

International cooperation
RUDN forges diplomatic personnel. Many university graduates who start diplomatic service, do not lose contact with the university and promote the values and traditions of Alma Mater. At the initiative of such graduates, the International Club of Diplomatic Alumni and Friends of RUDN was established, the first meeting taking place on December 13. The meeting participants discussed the Regulations on the Club and outlined a work plan and interaction formats, as well as elected the management. Mrs. Jeanne d'Arc Mujawamariya, Extraordinary and Plenipotentiary Ambassador of the Republic of Rwanda in the Russian Federation, became the President of the Alumni Diplomats Club.

“The creation of the Club is a very significant event. It demonstrates that RUDN is able to engage in public diplomacy, to rally people of various directions”, - said Vadim Razumovsky.

The meeting was attended by foreign graduates of RUDN University — diplomatic staff and employees of embassies and consulates of countries in Asia, Africa, the Middle East and North Africa, Europe and Latin America in the Russian Federation — representatives from more than 20 countries, as well as Presidents of regional undergraduate friendship groups of RUDN Asia, Africa, Middle East and North Africa, Latin America and the staff of the international service of RUDN. Together they took an active part in the discussion of the Draft on the status of the Club, made their comments and suggestions.

Thus, the Club set itself the tasks to assist in the vocational guidance and employment of foreign graduates, to assist in the social adaptation of newly arrived students at RUDN, to strengthen the corporate unity of university graduates from different years, etc.

The Club will be coordinated by the Presidium, which includes one representative from each region:

• Hamed Abu Zahr, Honorary Consul of Lebanon in Peru - from the Middle East and North Africa

• Yetleer Swords, Assistant Ambassador of Albania to the Russian Federation - from Europe

• Walter Aransibia Alaka, Counselor of the Embassy of Bolivia in the Russian Federation - from Latin America

• Vladimir Timoshek, diplomat, who worked for many years in foreign missions in a number of countries - from Russia

The Alumni diplomatic club has already drawn up a work plan for the next year. Among other things - organization of meetings with students of “International Relations”, “Political Science” and “International Law”, participation in the university-wide seminar-lecture hall “I am not saying goodbye to RUDN! With RUDN forever! ”, organization of practices in the embassy and consular institutions for students, etc.

"I am sure that the Club will be of great importance not only for graduates, but also for the university itself. It will help us not to lose touch, maintain communication and solidarity between ourselves and our countries," - Jorge Alvarado, a graduate of RUDN.

The next time the Diplomatic Graduates Club will meet in February.

The meeting will be timed to the celebration of the 59th anniversary of the Peoples' Friendship University of Russia. 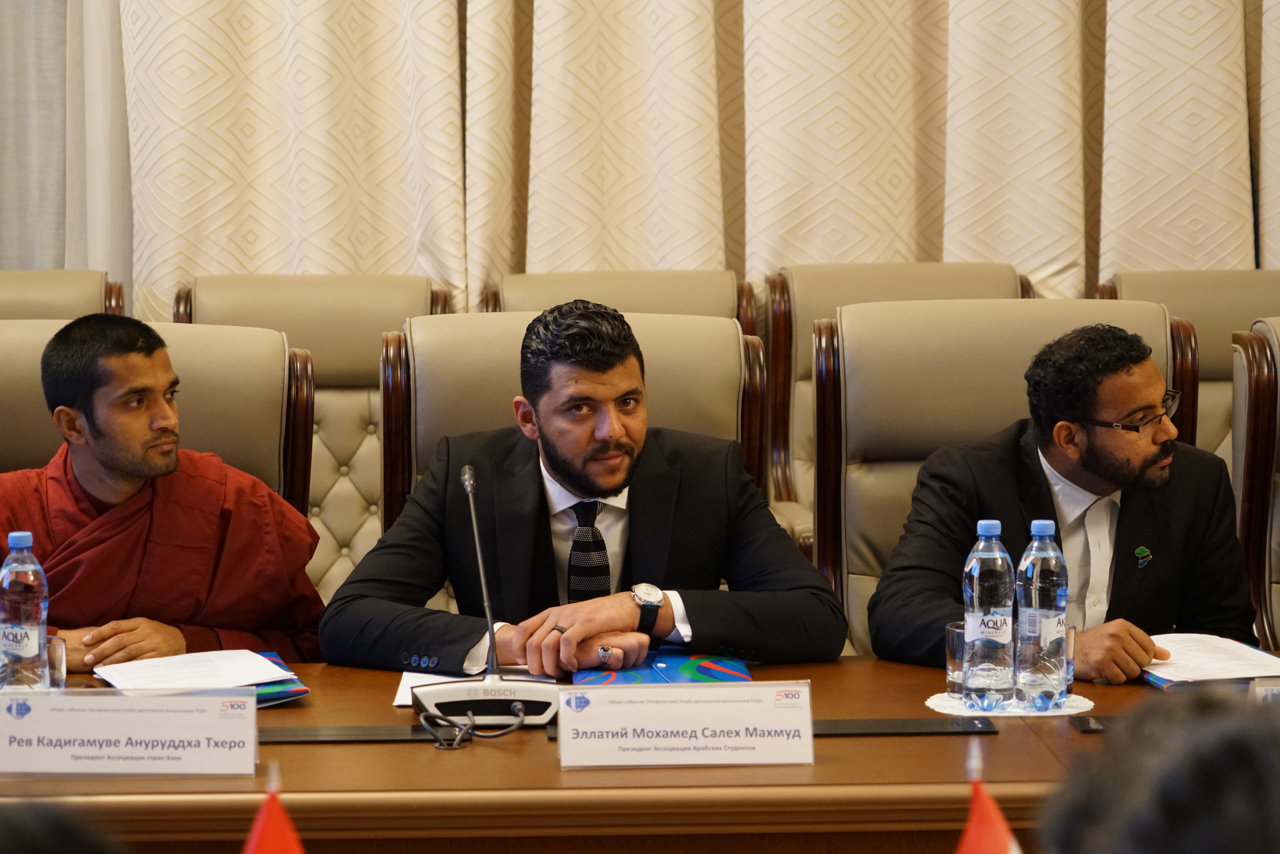