Shoulder to shoulder with the whole world: new horizons for cooperation

International cooperation
RUDN University welcomes guests: delegations from all over the world are congratulating the University on its anniversary and strengthening friendship by new joint projects.

February 6, a Memorandum of Understanding and Cooperation in Science and Education was signed between RUDN University and the University of Botswana covering priority areas - medicine, engineering and mining, natural sciences and humanities.

Over the past years, 27 specialists have been trained at RUDN University for Botswana. Botswana citizens have been studying at the University since 1961.

RUDN University Vice-Rector for International Affairs Larisa Efremova discussed with representatives of the National University of Equator the possibility of conducting Olympiads in the natural sciences, the winners getting free places to study at RUDN University.

Founded in 1995, the National University of Equatorial Guinea, the country's largest institution of higher education, is part of the international cooperation network of Ibero-American universities of the Organization of Ibero-American States.

Deggendorf Higher Technical School may become a new partner of RUDN University. Upon the results of the meeting  RUDN University was submitted for signing a Memorandum of Cooperation in the field of science and education, key area - medicine.

Université Félix Houphouët-Boigny is interested in creating an institute of the Russian language on the basis of the university. RUDN Rector Vladimir Filippov offered assistance in organizing advanced training for teachers of Russian as a foreign language, as well as providing teaching materials and electronic textbooks for teachers. After the meeting, the delegation went to study and sign the Work Program at the Faculty of Science of RUDN University.

The delegation of Cocody International University, led by Rector Teko Hippolytus, proposed the creation of the Russian Language Center on the basis of the Ivorian university. In turn, Vladimir Filippov suggested that colleagues think over the issue of creating a preparatory faculty at the university, where students from other universities of the Republic of Cote d’Ivoire could study.

The delegation of the University of Douala at the meeting with the rector of RUDN University was represented by the Dean of the Faculty of Physical, mathematical and natural sciences Nidu Epsé Ntamak, Vice-rector Moange B Kobila Gabriel, and also a graduate of RUDN University (major Chemistry) Flavian Toze. During the conversation, the parties discussed cooperation in the field of engineering and physical and mathematical sciences, as well as the possibility of studying at the RUDN University after graduating from the bachelor’s programs at the University of Douala. The parties also signed the Working Program of Cooperation.

Slavic University of the Republic of Moldova

“Thanks to you, Russian-language higher education in Moldova received institutional support on an ongoing basis only from the RUDN University and the Network University Consortium. For more than 10 years, it has been training Russian philologists for our country, which is significant for the development of humanitarian ties with neighboring countries,” said Tatiana Mlechko, Rector of the Slavic University of the Republic of Moldova.

The keynote of the meeting with the delegation of the University of Lebanon was the development of cooperation in the field of hotel business and tourism: the organization of a week-long summer school with students from Lebanon. The main emphasis will be placed on the Russian language, familiarization with the sphere of tourism and hotel business in Russia and intercultural communication. By the new academic year, a program of dual master's degrees will be ready.

Delegates from India congratulated RUDN University on its 60th anniversary. During the negotiations, the parties discussed the possibility of developing cooperation not only in the field of medical sciences, but also in the creation of joint educational programs in the field of marketing. 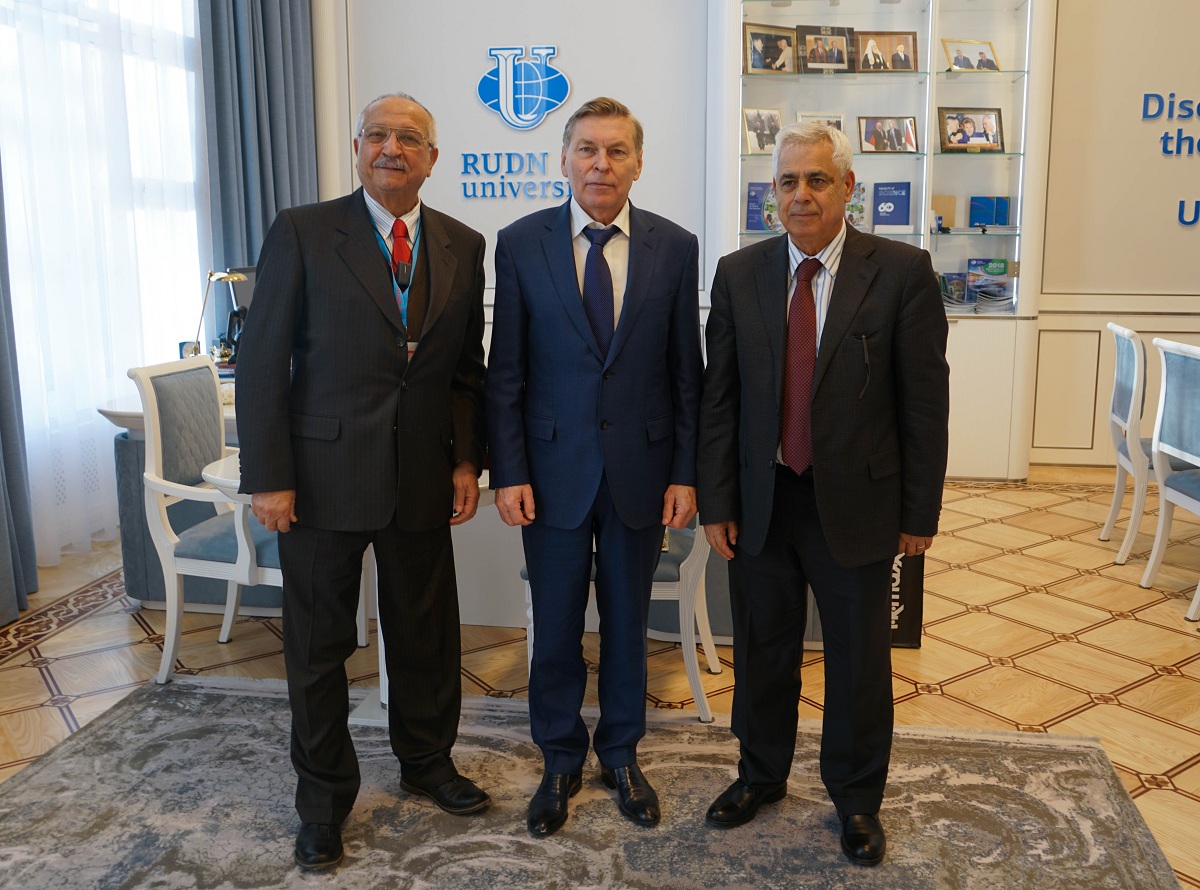