Studying Around the World: Academic Mobility of RUDN University Institute of Law Students

International cooperation
5 students, 3 universities, 1 goal — to get the most out of your studies. The material focuses on the Institute of Law students who were able to complete internships at the partner universities of RUDN University. Some of them have already returned with new impressions and useful experience, others are abroad and continue to study. We talked with the students and found out how the adaptation to the new university was going on, what made studying different and how the internship helped defend their thesis. 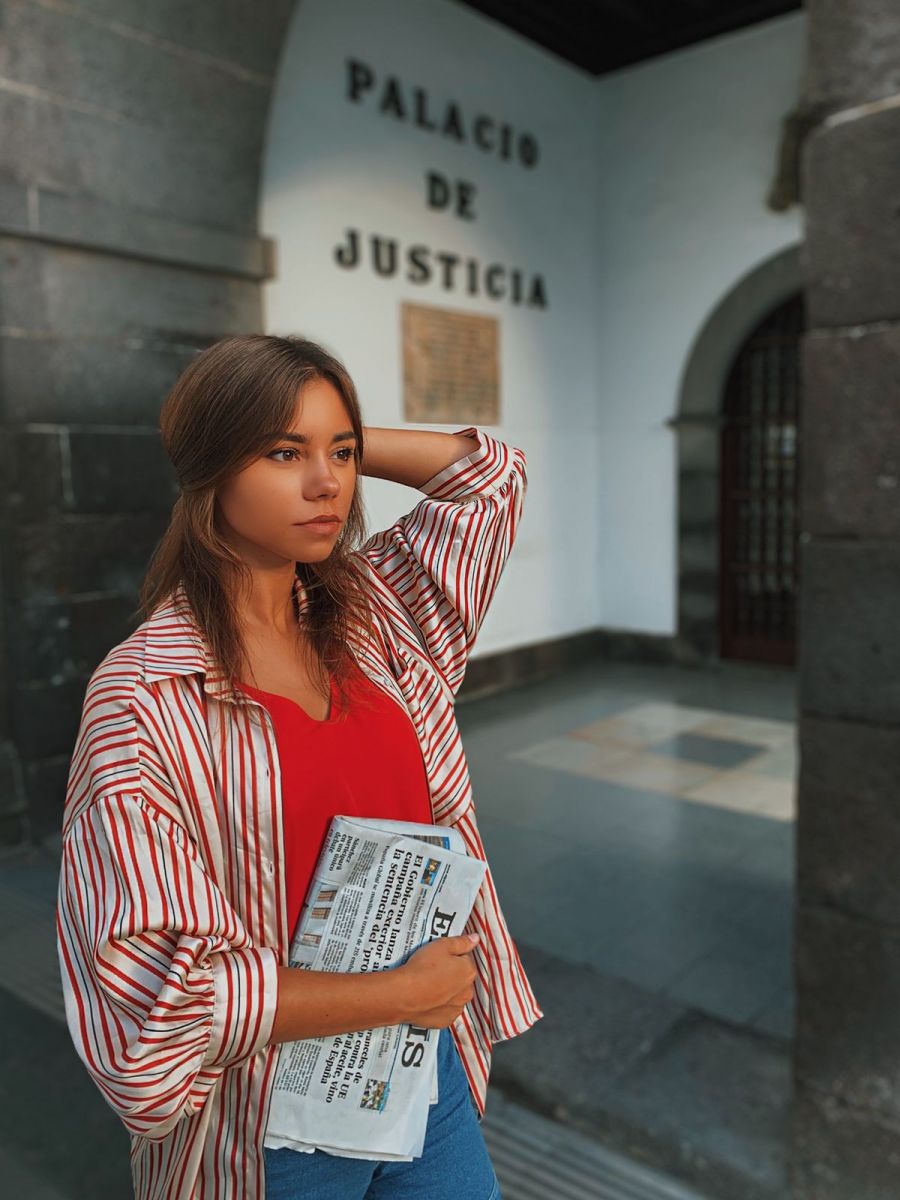 I have been studying in the RUDN University Department of International Law for already 8 years: bachelor’s, master’s programmes and now I am in my second year of the postgraduate programme in International Law. European Law. When I wrote my master’s thesis, my academic supervisor was Aleksandr Mikhailovich Solntsev and now we are working on my PhD thesis in Law. It is devoted to Latin America as all my other research works at RUDN University — I speak Spanish and English. My thesis also focuses on genetic resources — materials of animal and plant origin, the regime of their legal regulation at the international and national levels. The thesis will contain a lot of new things about which little has been written in Russia, but the topic is relevant for the entire world community. Thanks to high academic performance, active research and student activity, as well as the support of the Institute of Law, I went to study in Spain. I travelled a lot: I was in Madrid, Barcelona, Seville, Valencia. I wanted to go there as a student. My emotions overwhelmed: an island in the middle of the Atlantic Ocean, the sun, black volcanic sand, surfers, huge trading ships... The most difficult thing in the first week of study was the language. Spaniards and Latin Americans have different pronunciation, but I quickly got used to it and felt like a local, made friends with guys from different countries. I backed up theory with practice in Spain. The International Law subject which we had at RUDN University motivated me to continue studying in this direction, and European Union Law became my favorite subject at the University of Las Palmas de Gran Canaria. I was very lucky because the system of international law is universal for any state! 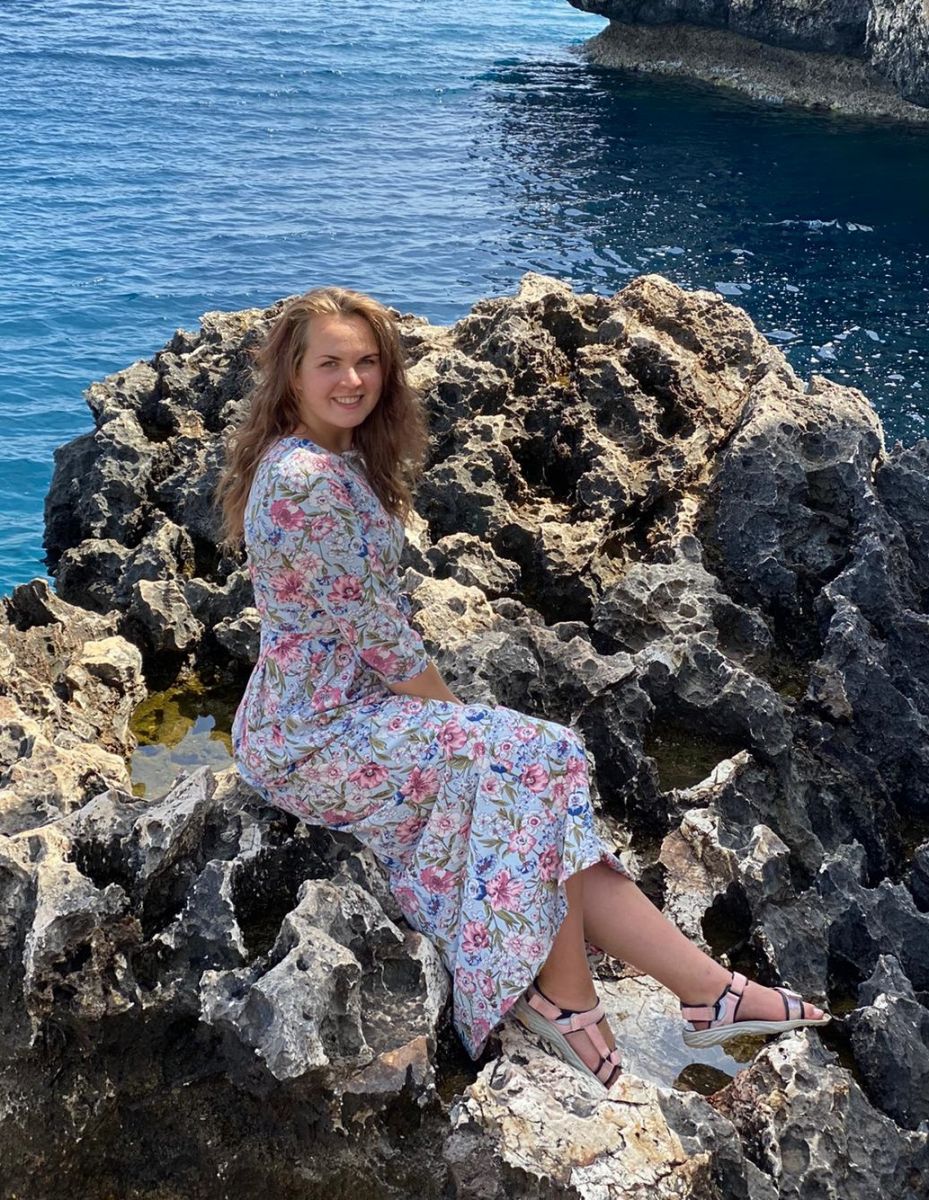 I compteted the bachelor’s programme in Law. General Law of the RUDN University Institute of Law. I graduated with distinction. Now I’m in the first year of the master’s programme in Legal Regulation of Natural Resources, Land and Property Relations and Urban Planning.

I learned about the opportunity to complete an internship at the University of Cyprus from the social networks of the Institute of Law. I arrived there in January and got into the summer after the Russian winter. The first thing I saw were mountains and countless orange trees. There were so many oranges that they were on all the streets.

A student draws up a curriculum and chooses disciplines at the University of Cyprus two months before the term starts. We were trained in two foreign languages: English and Greek, so it was difficult but very interesting. Exams are held in the middle and at the end of the term and consist of several blocks. Successful completion required active preparation and painstaking work on legal research in certain topics.

I like International Law most of all at RUDN University. It is taught by Associate Professor Marianna Viktorovna Ilyashevich. I like it for its dynamism, uniqueness and immersion in the subject. And I liked Climate Change Law at the University of Cyprus taught by Associate Professor Ioanna Hadjiyianni for a special course in the study of international problems and solutions to climate change.

In our free time, we travelled together with friends from Italy and got acquainted with the island, visited museums and theatres. Now we still keep in touch.

The experience of studying at a partner university had a positive impact on my bachelor’s thesis devoted to Legal Regulation of Urban Planning in the Russian Federation and the Republic of Cyprus: Comparative Legal Study.

My area of expertise includes legal regulation of urban development in the Russian Federation and the European Union countries, as well as international environmental law. Comparative legal research allows you to highlight the general and the particular, ways to improve the current legislation. I plan to work on my master’s thesis with supervisor Irina Anatolyevna Konyukhova, Doctor of Law, Professor. 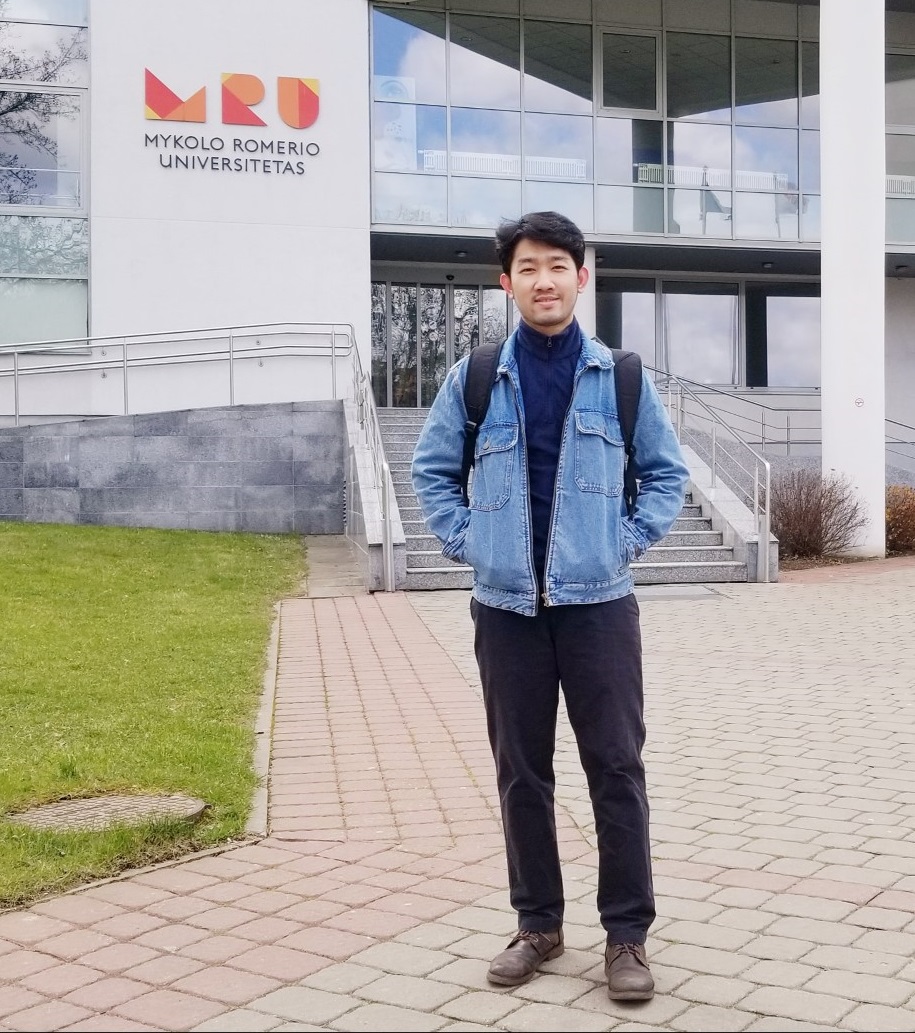 As a bachelor, I studied at Ho Chi Minh City University, Vietnam. In 2019, I became a student at the RUDN University Institute of Law. I enrolled in the International Private Law master’s programme in English. Ivan Nikolayevich Chumachenko, Ph.D. in Law, became my supervisor at the Department of Civil Law and Procedure and Private International Law. We worked on a thesis dedicated to Regulation of Commercial Dispute Resolution in Vietnam — we studied the commercial dispute resolution system in Vietnam. My favorite subject was Current Issues of Private International Law. The teacher was the wonderful professor Vitaly Vasilyevich Bezbakh.

I applied for a competition to participate in an international internship in Europe at RUDN University, and I won. Since January 2020, I studied at Mykolas Romeris University (QS WUR #201-250) in Lithuania.

I studied for a year. At first, I was surprised that there were no Vietnamese students there. I’m used to RUDN University as there are always fellow countrymen. But I was well received, my new friends and tutors helped me. I quickly adapted to the new place, got a great experience. I especially liked the classes in Judicial System of the European Union — Legal System of the European Union. 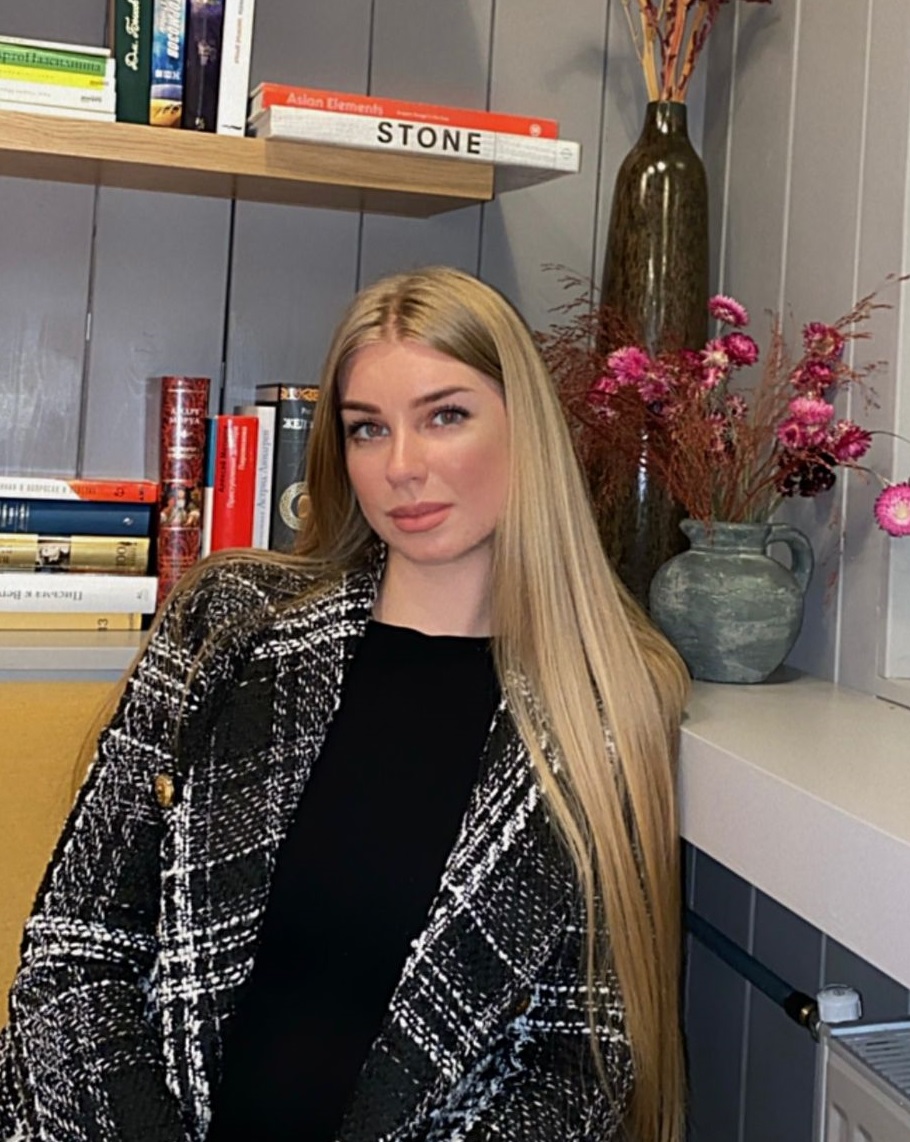 I completed my bachelor’s programme in Linguistics in Kaluga — at Kaluga State University named after K.E. Tsiolkovsky. At RUDN University, I enrolled in the master’s programme of the RUDN University Institute of Law — at the Department of Foreign Languages, specialization ‘Legal translation’. My supervisor was Larisa Yurievna Lutskovskaya. We started working together on my master’s thesis devoted to translation within the framework of institutional communication.

In 2021, I was selected at the competition for participation in the European Union student exchange programme — Erasmus. I spent 5 months in Cyprus — at the University of Cyprus. I studied remotely in Russia for 2 months due to the Covid restrictions.

The most difficult thing in the first weeks of studying at a partner university was that I arrived later than others and I had to look for educational literature on my own, find out information about the schedule of the educational process, get acquainted with the training schedule. My favorite subject at the University of Cyprus was Sociolinguistics. 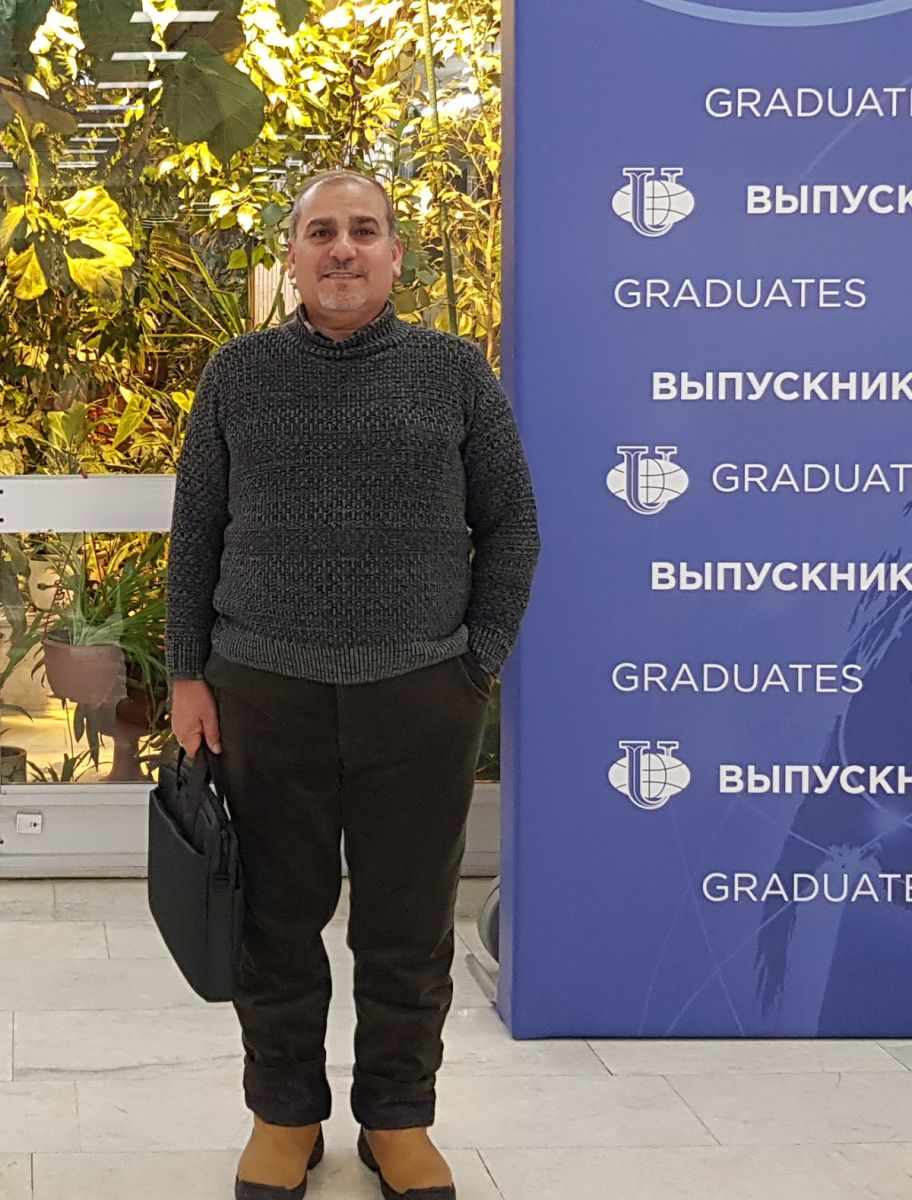 I completed my bachelor’s programme at state Basrah University in Iraq. I enrolled in the master’s programme at the RUDN University Institute of Law — a training programme in English. Aslanbek Kamaudievich Bisultanov from the Department of International Law became my supervisor. We started working on the research into the UN peacebuilding activities in Iraq — my master’s thesis is devoted to the UN’s Peacebuilding Activities in Iraq.

In 2021, I was selected at the competition for participation in the student exchange programme with Mykolas Romeris University (QS WUR #201-250) in Lithuania. This university is among the top 300 universities in the world. I am studying here until the end of January 2022. I can already compare. For example, my favorite subjects at RUDN University were Environmental Law and Human Rights Protection. At the Lithuanian University, I also liked the subject from the field of human rights protection — International Human Rights Litigation.

The most difficult thing in the first weeks of study at the partner university was their using the Moodle digital platform, and I got used to MS Teams at RUDN University. And I also had overlapping schedules at Mykolas Romeris University and RUDN University. I had 5 compulsory subjects — at one university, and 2 — in the other. Plus — research work. I have the skills of self-discipline and time management, but two classes were at the same time — it would not have been possible to combine them. Therefore, I asked the teacher at RUDN University to allow me to give answers and separate notes in writing. I was allowed, and I was able to turn in all the tasks.

I liked my international internship in Lithuania. I met interesting people and got acquainted with other culture, I learned a lot. I am grateful to everyone who helped me — both at RUDN University and Mykolas Romeris University.

Previous news
“I wish RUDN University could bring up ‘Beautiful People’ for many more years”, — Daria Stanis, Associate Professor of the Department of Public Administration
Next news
“My mom offered to take the documents from RUDN University. But there was nothing that could stop me!”, — Daria Ryzhova, a graduate of the RUDN University Agrarian and Technological Institute
News
All news
International cooperation
RUDN becomes member of the International Federation of Translators FIT-IFT