Media
News
International cooperation
The development of cluster cooperation in the Middle East: RUDN signs a Memorandum of Understanding with two Jordanian universities

The development of cluster cooperation in the Middle East: RUDN signs a Memorandum of Understanding with two Jordanian universities

International cooperation
August 5, Vice-Rector for International Affairs Larisa Efremova and Director of the Department of International Scientific and Educational Cooperation Alexey Poyda paid a working visit to Jordan. The trip resulted in the signing of a Memorandum of Understanding with Hussein bin Talal University and Mutah University. The delegation also met with the Minister of Education and Higher Education of Jordan, Walid Maani.

The business program began with a visit to the Ministry of Education and Higher Education and a meeting with Minister Walid Maani. The Minister noted the role of Soviet and Russian universities in training professional personnel for Jordan, especially in the field of medicine and engineering, and stressed the importance of developing scientific cooperation in the field of artificial intelligence, 5G technologies and the digital economy. Over the years, more than 550 Jordanian citizens have been trained at RUDN University; most of them continue to work in the public and private sectors. A significant number of RUDN graduates are members of the Ibn Sina Club of Jordanian graduates of universities and institutes of the former USSR named after, and the current vice-chairman of the Club, Salam Twal, is a graduate of the Faculty of Engineering’ 1981. Support for graduates of Soviet and Russian universities abroad and the implementation of cooperation programs is the main activity of the Inkorvuz and one of the components of the cluster approach in the international activities of RUDN University.

Vice-Rector for International Affairs Larisa Efremova spoke about the current activities of RUDN University in Jordan, including the work of the Russian Language and Pre-University Training Centers on the basis of the Jordanian National Orthodox School of Shamisani and the Ashrafiya Orthodox School. Starting from the 2019/2020 academic year, Russian will be introduced into the curriculum as one of the main foreign languages. Pupils will be able to learn Russian already from elementary school, and high school graduates will have the opportunity to continue their studies at Russian universities without studying at the preparatory faculty. Since October 2019, teachers of Russian as a foreign language from RUDN University will continue their work in Jordanian Orthodox schools.

Another point of the visit was a meeting with the president of Hussein bin Talal University, Professor Najib Abu Karaki. According to the president, in recent years, the university leadership has been focusing on the development of scientific research, in terms of funding scientific activities, the university is in the second place in the national ranking. During the negotiations, the parties discussed the possibility of opening special Russian language courses, further plans of the Jordanian side to open the "Dentistry" educational program and possible advisory assistance of RUDN specialists. The meeting ended with the signing of a Memorandum of Understanding, Vice-Rector Larisa Efremova invited the President of the University and his colleagues to visit RUDN University in the fall of 2019 to meet with the leadership of the main educational units and learn more about the university’s laboratories and research infrastructure.

RUDN delegation also met with the leadership of Mutah University. The university consists of 15 faculties on the basis of which more than 90 educational programs are implemented. The acting president of the University of Mutah, the dean of the faculty of sports, professor Amjad Al-Mdanat, noted a significant number of graduates of Soviet universities among the academic staff of the university, as well as active scientific cooperation with a number of Russian universities. The leadership of Mutah University is interested in developing cooperation with RUDN University, the key to which was the Memorandum of Understanding between the University of Mutah and RUDN University, signed during the meeting.

The visit was organized with the support of the Ibn Sina Club of Jordanian graduates of universities and institutes of the former USSR and the Russian Center for Science and Culture in Jordan. 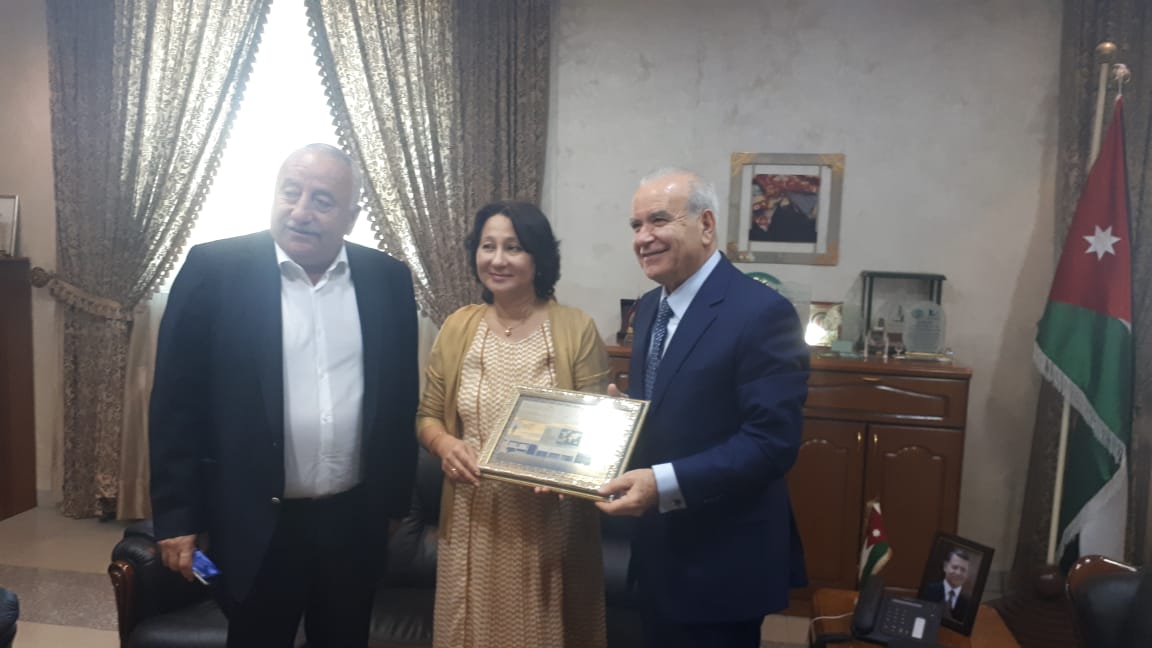 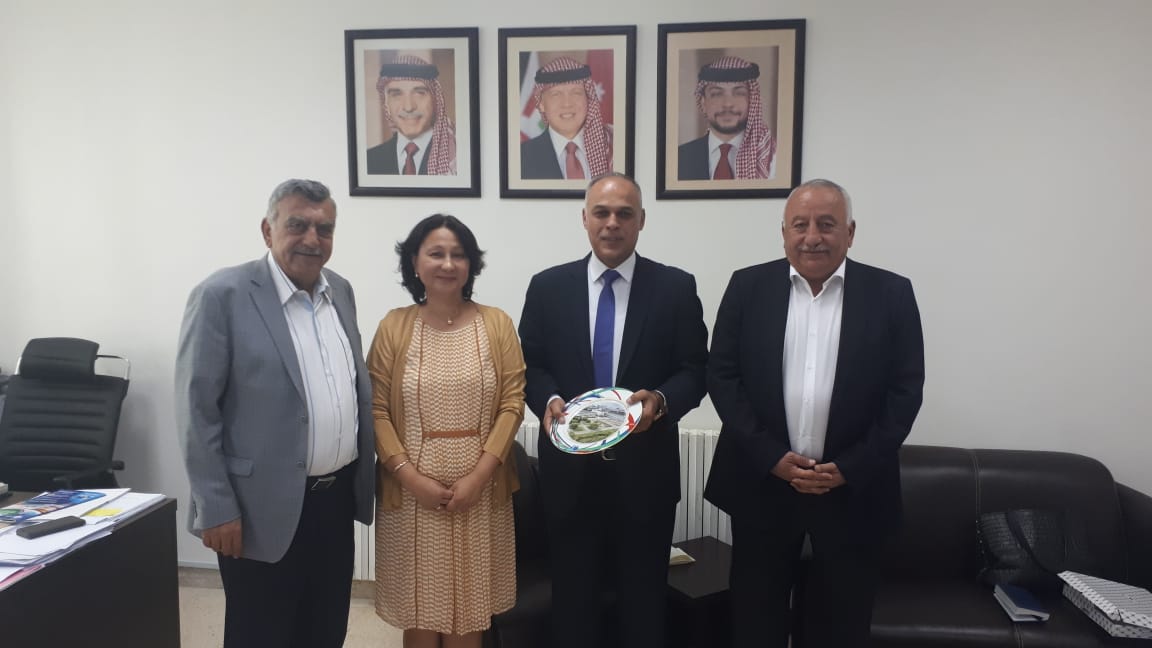 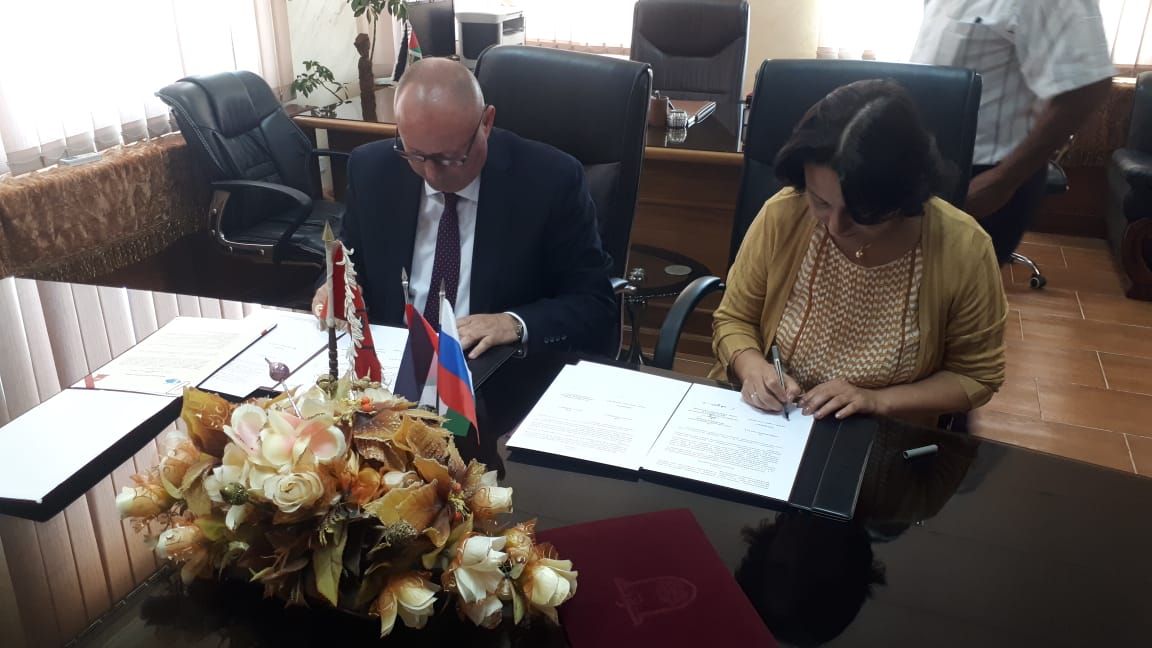 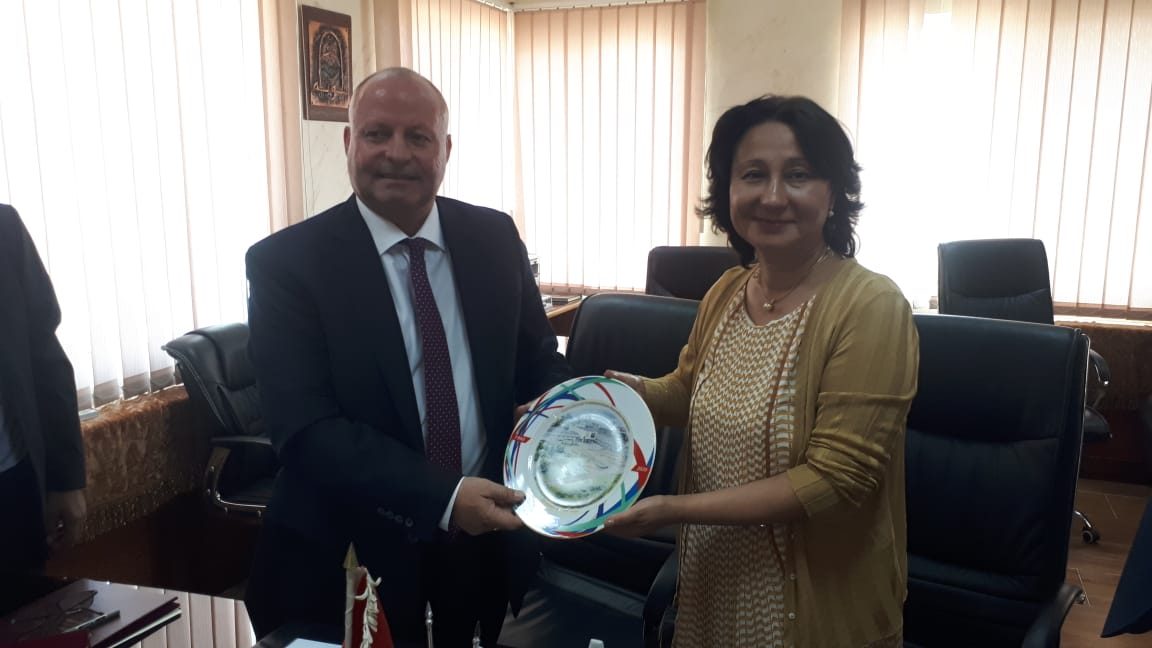 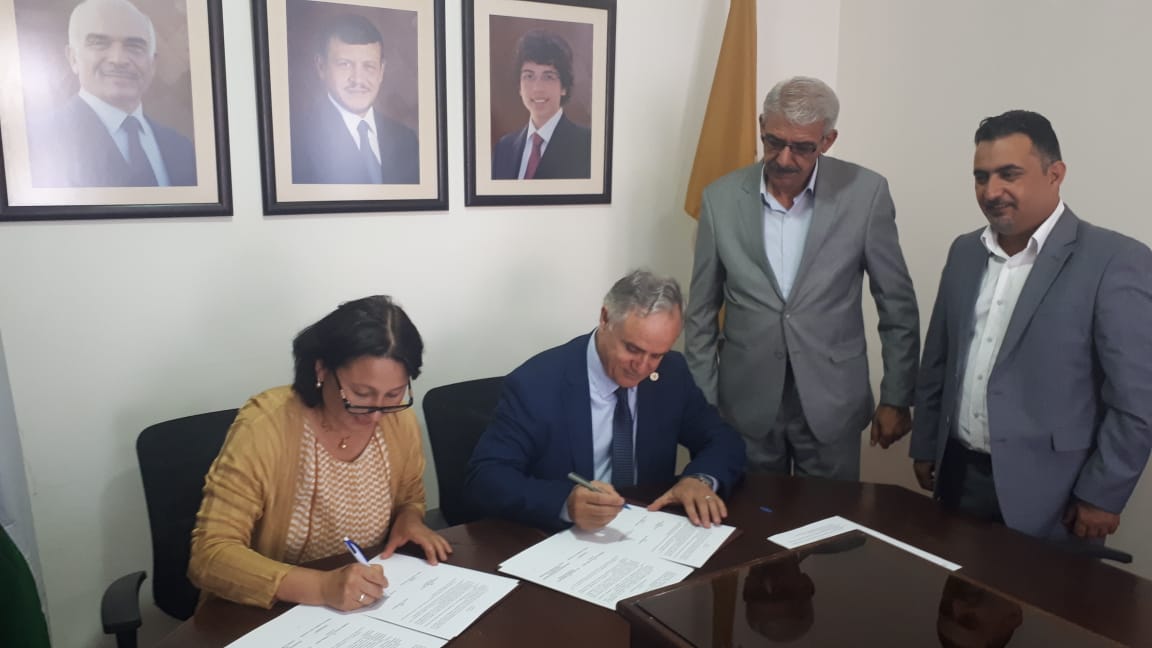 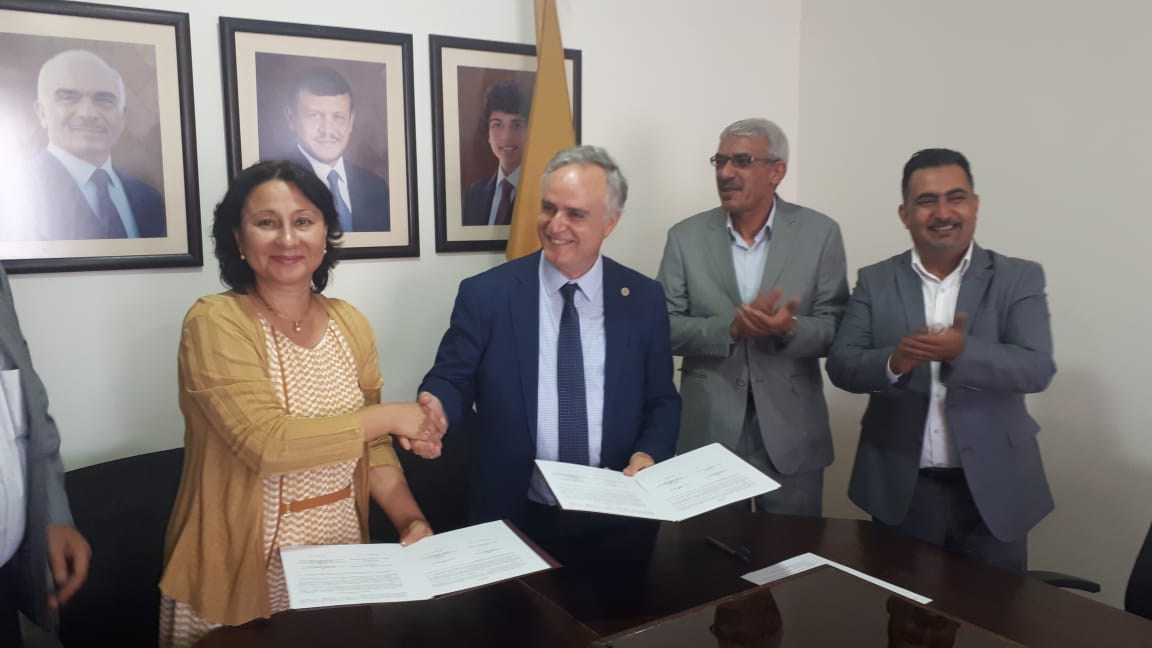 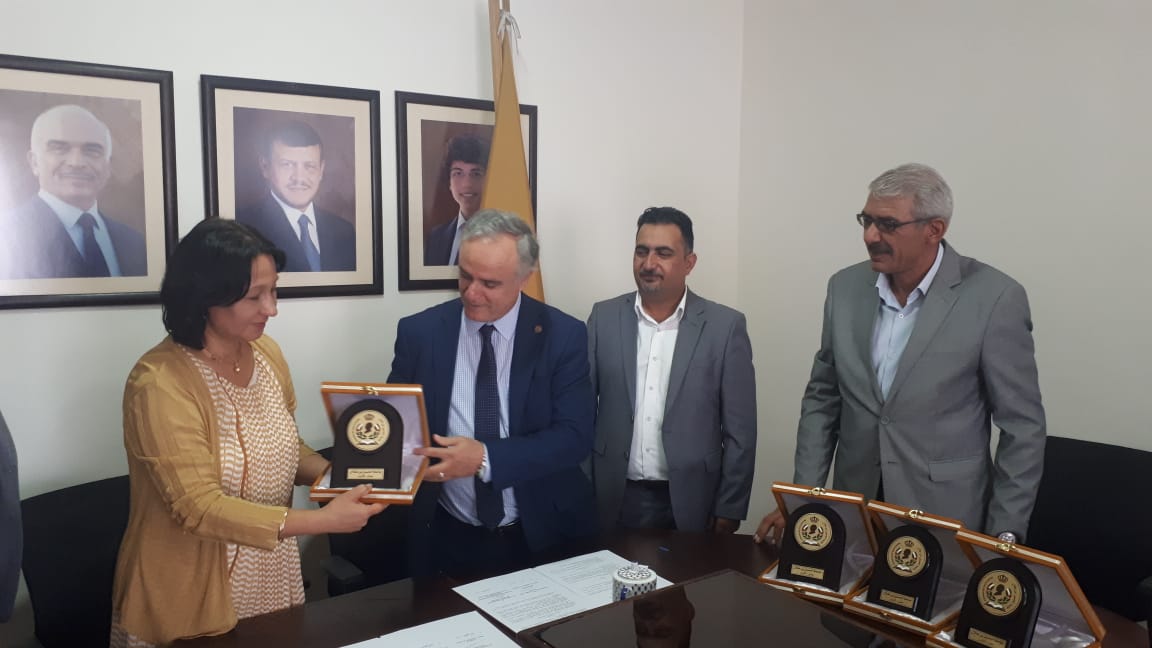