International cooperation
December 15, on the basis of RUDN University, the first QS subject summit in the areas of “Modern Languages” and “Linguistics” started. The topic of the QS Subject Focus Summit is “Languages ​​and Migration in the Context of Globalization”.

The summit was attended by 300 experts in the field of linguistic education and science from 50 countries, including Australia, Great Britain, Germany, Spain, China, USA, France and Japan.

Valery Falkov, Minister of Science and Higher Education of the Russian Federation addressed the participants: “It seems symbolic to me that famous researchers from Russia and other countries have gathered within the walls of RUDN to discuss the issues of science and education, which are at the intersection of different fields of knowledge. The solution of many socially significant tasks depends on the success of modern linguistic education and linguistic science: the effectiveness of the language policy implementation, the Russian language promotion abroad, migration processes regulation, peoples of Russia languages ​​and cultures preservation and development, the success of communication in various professional spheres, including science, inclusive education development and training regional personnel for the social and humanitarian sphere ”.

“Today our speakers and participants will talk about the culture of teaching and learning, artificial intelligence and many other topics. Effective communication and the ability to understand your colleagues and their cultures have never been more important. It is linguistics that helps us understand how people perceive the world and how we relate to each other. I am happy to declare that RUDN University is the best platform to talk about languages and linguistics. For more than 60 years RUDN University has been uniting people of different cultures by knowledge. This has led to impressive growth in subject rankings for modern languages ​​and linguistics.” said Nunzio Quacquarelli, founder and CEO of QS Quacquarelli Symonds Ltd.

On the first day of the Summit, 25 leading experts in the field of linguistics and modern languages ​​presented their reports. Among the key speakers were István Kecskés, Jean-Marc Dewaele, Michael Haugh, Laura Alba-Juez, Andrei Kibrik, Nobuyuki Hino and others

On the second day of the Summit, reports were presented by 40 experts, including Lyudmila Bokova, Anna Wierzbicka, Alexey Maslov, Vladimir Zorin, Michael McCarthy, Robert O’Dowd, Anthony Green and many others

On the third day of the Summit, among 30 leading experts in the field of linguistics and modern languages ​​who presented their reports were Tatiana Chernigovskaya, Marina Raevskaya, Alain Viaut, Tatiana Martsenkovskaya, Roman Kralik, Douglas Ponton and others.

The QS Subject Focus Summit at RUDN University is a scientific and technical event of a new format. An online platform was developed especially for the Summit, which made it possible to fully immerse in the virtual space of the university. Participants could communicate with each other, visit exhibitions, conduct negotiations and view documents and videos. Three thematic tracks ran in parallel, and all experts could freely move between them. Speakers communicated with the audience in real time. All Summit materials will be available one month. 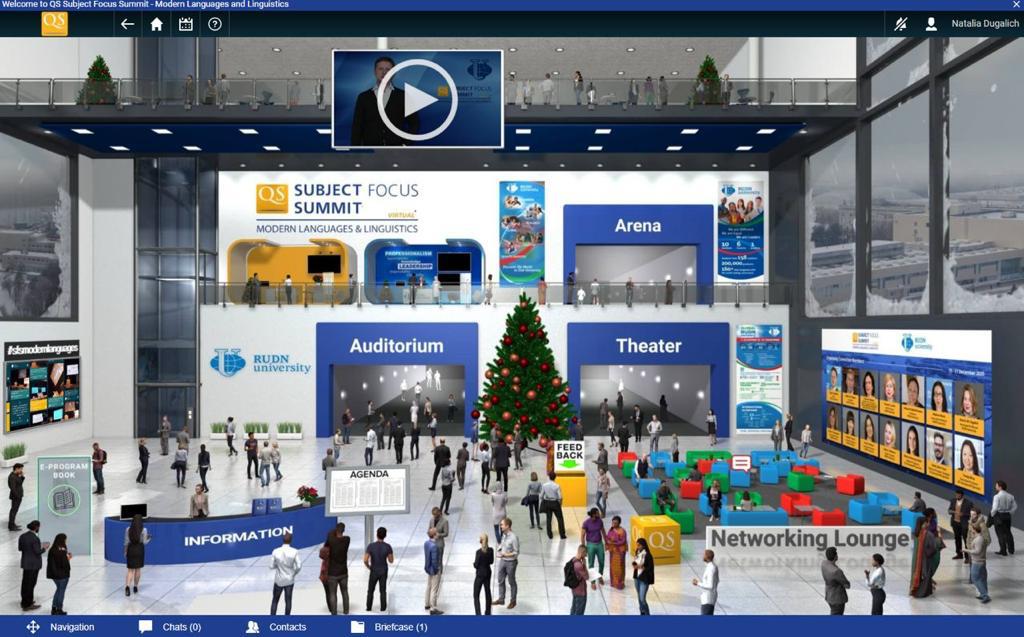 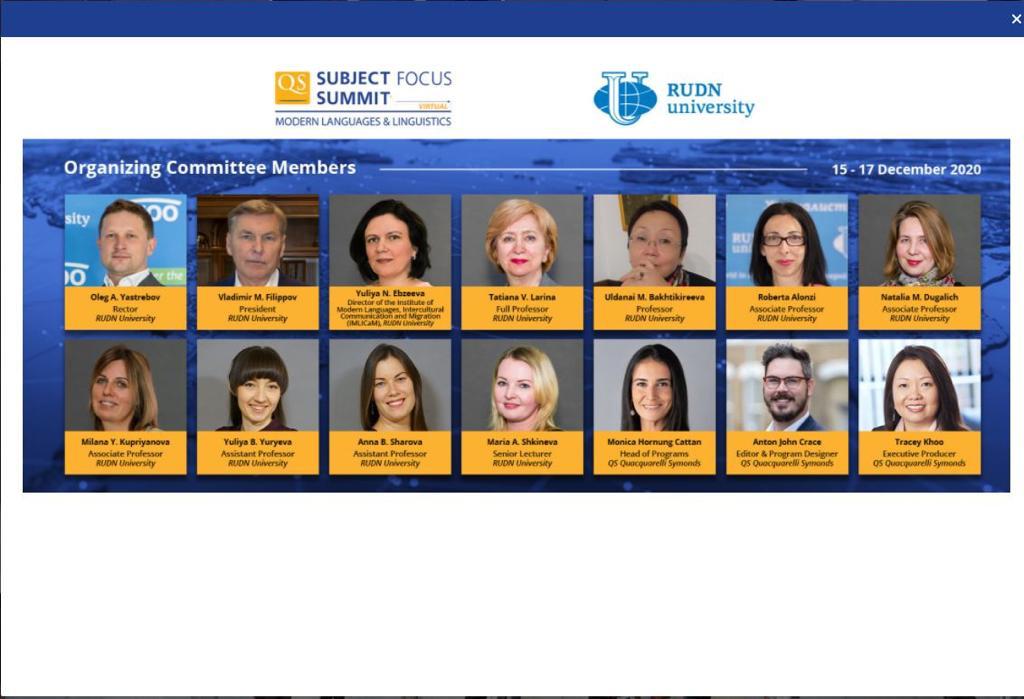 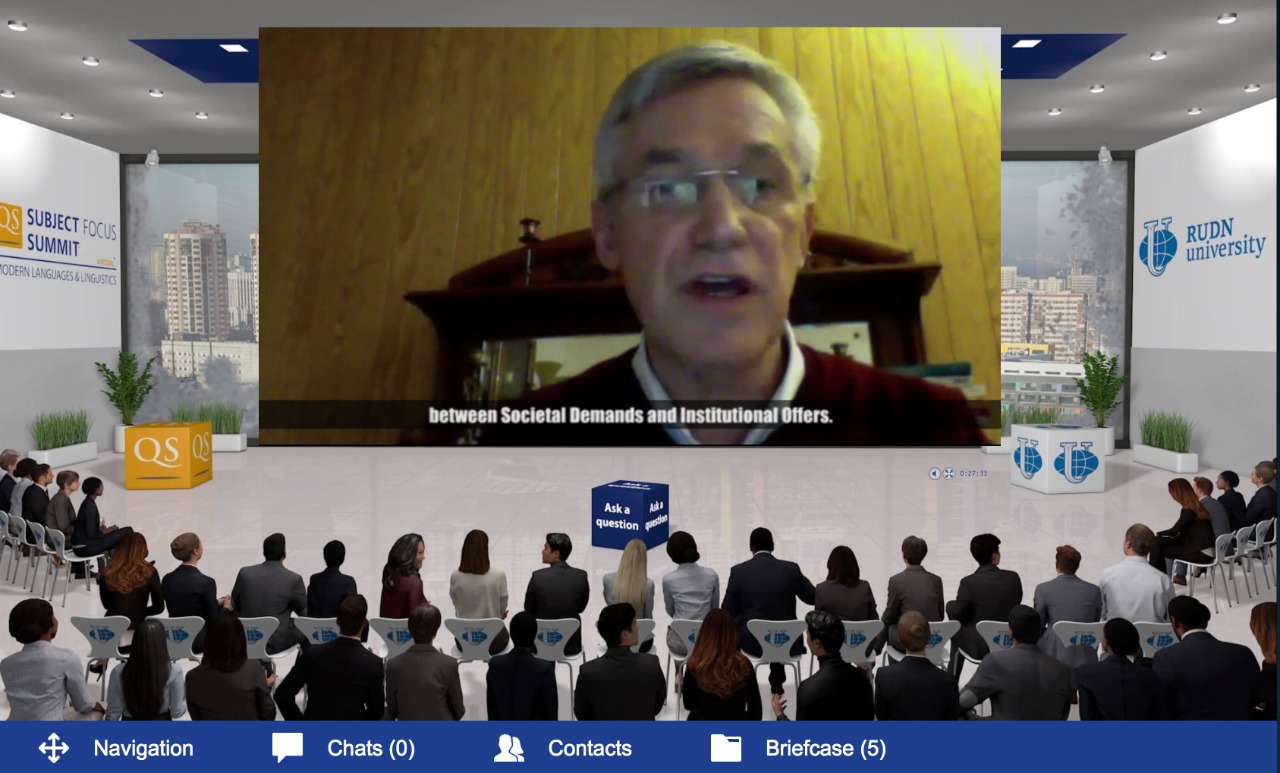 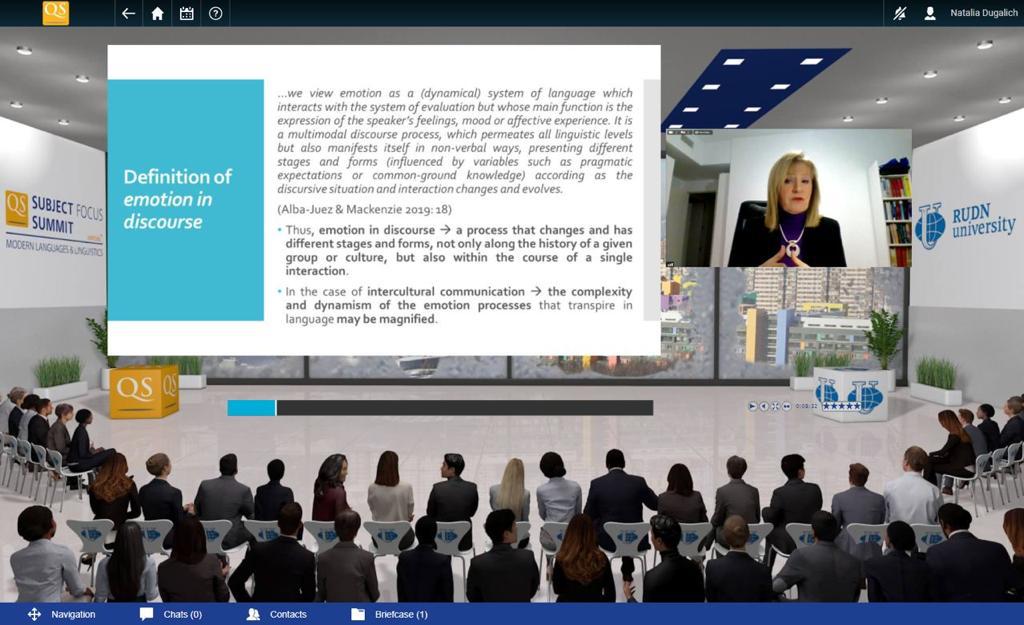 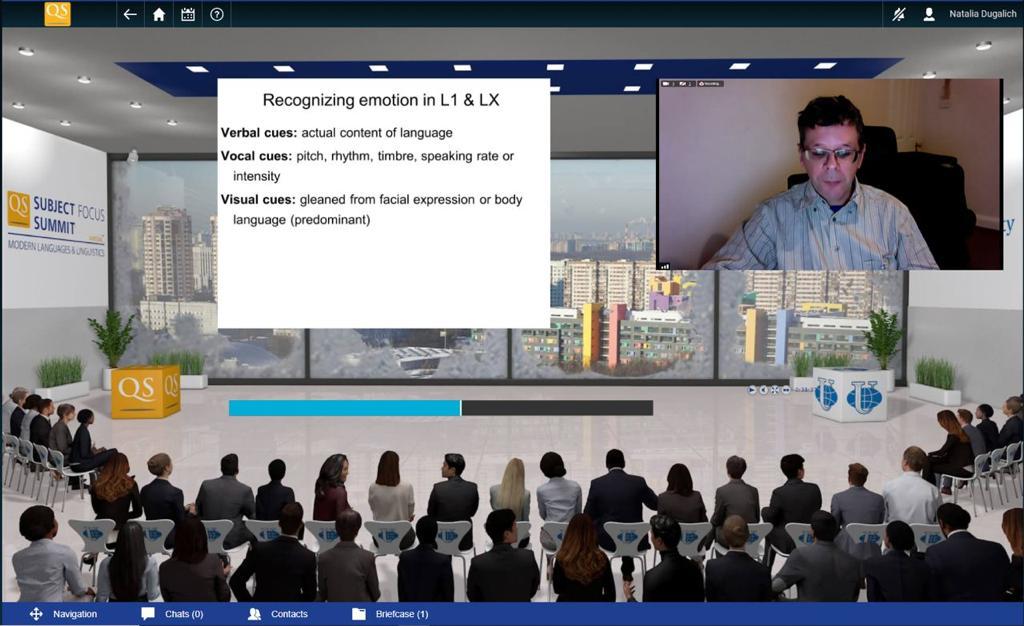