Foreign Languages and Ecology: Day of Linguistics at RUDN University

Life in RUDN
The tale "Kolobok" in Latin, flash mobs and environmental activities in different languages - the linguists of RUDN celebrated the Day of the specialty.

Day of Linguistic - 2019 was dedicated to environmental topics. Representatives of the Institute of Modern Languages, Intercultural Communication and Migration are convinced that the pursuit of innovations and technological development sometimes has a detrimental effect on the quality of life and ecology on Earth. Therefore, the organizers decided to draw attention to environmental issues, which today is on the information agenda of the international media.

“The problem of ecology concerns both students and teachers. There are 9 languages ​​represented in our department, which means that we can most closely develop and highlight this topic”, - Tatiana Evsikova, Assistant of the Department of Foreign Languages, RUDN Faculty of Philology.

Yulia Ebzeeva, Head of the Department of Foreign Languages ​​of the Faculty of Philology, organizer of the Day of Linguistics dwelled on the topic of the importance of studying foreign languages ​​and said which of them are most in demand: “Without knowledge of a foreign language, without being able to grasp the subtleties of intercultural communication, no specialist will be able to fully accomplish the set tasks”.

Languages ​​not only develop mental activity, but also help to get a highly paid position. Specialists of Adzuna HR agency found out what foreign languages ​​in 2018 were the most highly paid for in Russia - Japanese, Spanish and Bulgarian. English and Chinese were on the 11th and 13th places. Note that all these languages ​​have been successfully taught at the Department of Foreign Languages ​​at RUDN for many years.

“I learn German, speak good English (B2 level) and know some Japanese and have B1 level in German”, said Yegor Yulin, 2nd year student of the Faculty of Philology.

“I am Georgian and I have 2 native languages: Georgian and Megrelian. I also speak English and some French,  and I study Spanish. My favorite phrase “El español es mi alma y mi corazón” - “Spanish is my heart and soul”. I am also planning to learn Italian. Foreign languages ​​are my passion! ”- Tamuna Gabisonia, 3rd year student of the Faculty of Philology.

At the master classes and events of the Day of Linguistics, students were able not only to talk about foreign languages, but also to learn interesting environmental facts about the countries where they are spoken. For example, the French language sector spoke about the types of plastic and environmental recycling initiatives that are implemented by the French state and the member countries of the Francophone international organization.

At the concert “Green Page” the participants made decorations for the holiday from eco-friendly materials and recycled materials. For example, the installation of "Green Page" with the inscription: "What you sow, you reap" built from the branches and sheets of plywood found in the park adjacent to the territory of the university. On the stage of the Day of Linguistics the choir, the Georgian dance group, theatrical student groups performed. The guests noted unusual numbers: the setting of the fairy tale "Kolobok" in Latin and the sketch "Obsessed with linguistics" performed by the French sector.

The organizers noted the achievements of "Linguistics" over the past year. Among others, Italian as a new taught language, opening of the Institute of Modern Languages ​​of Migration and Intercultural Communication, a number of contracts with foreign universities, and most importantly, linguistics and modern languages ​​are chosen as priority areas. 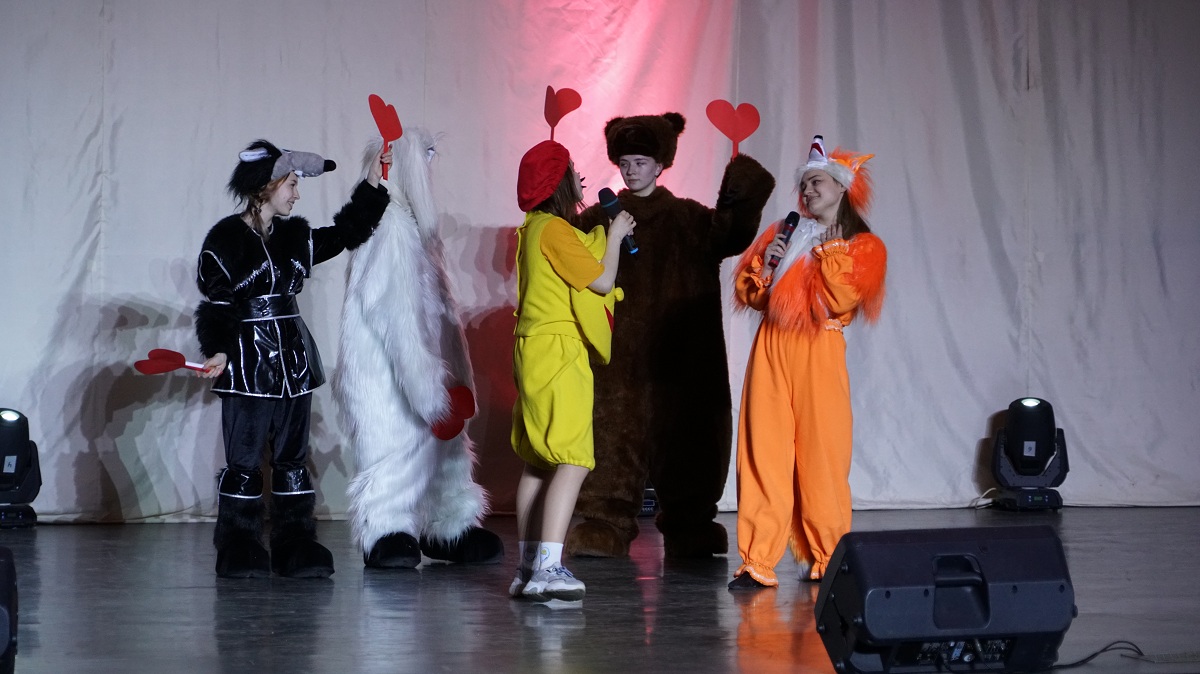 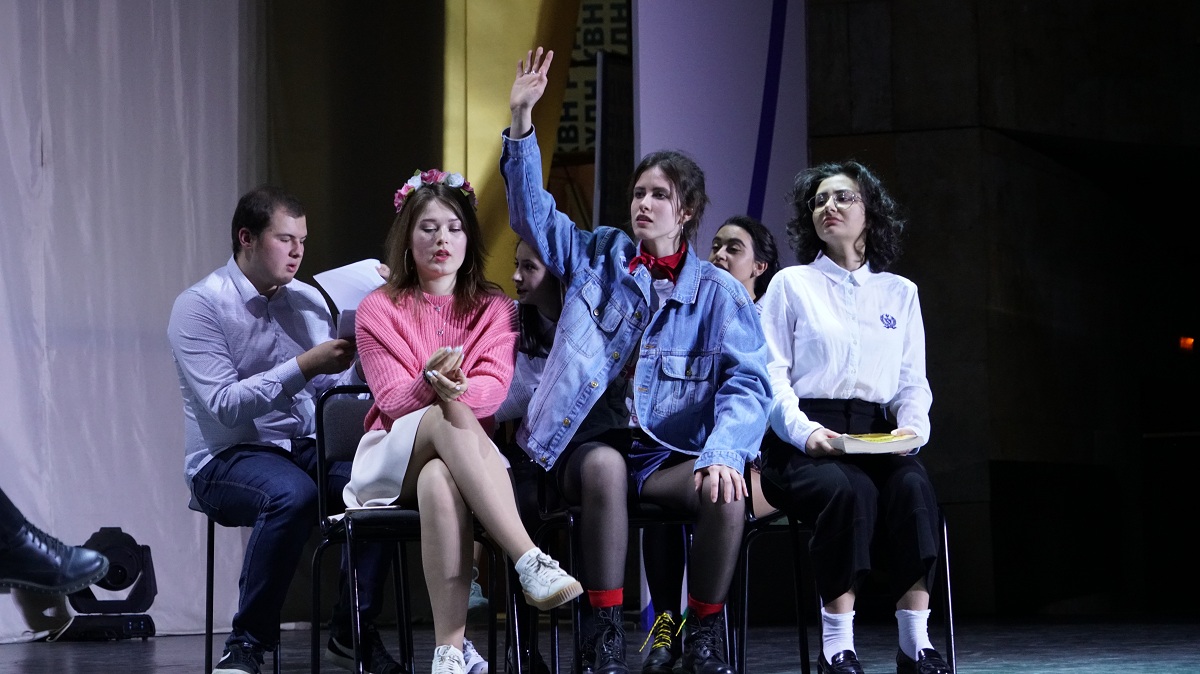 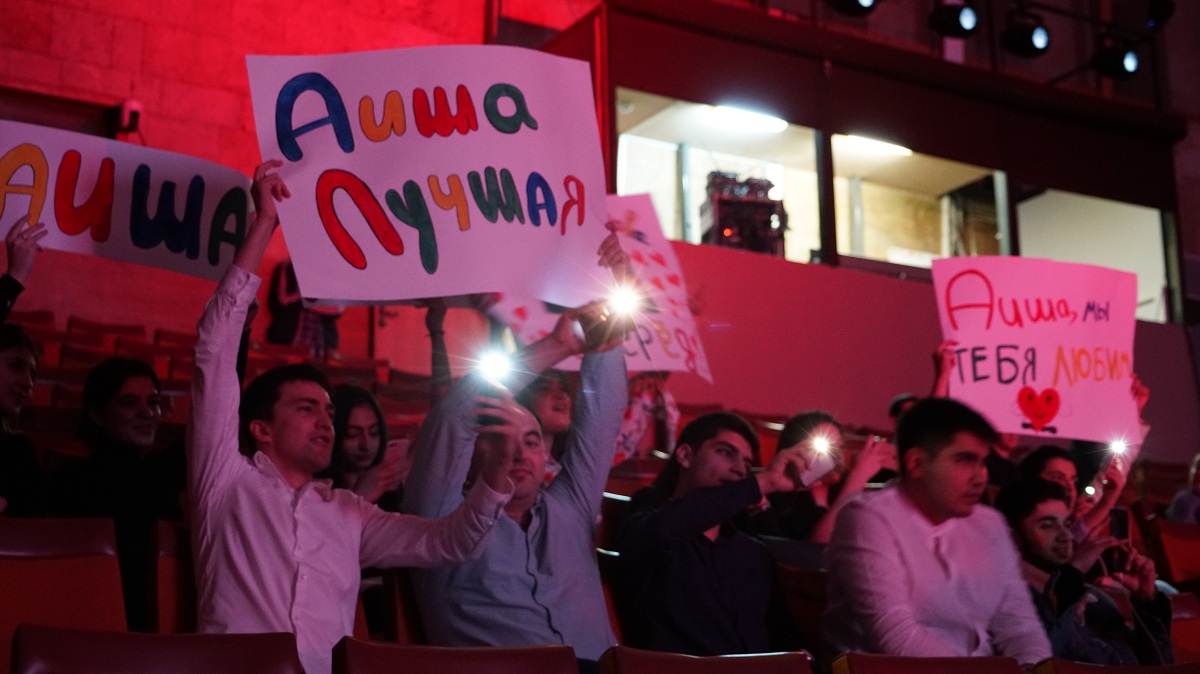 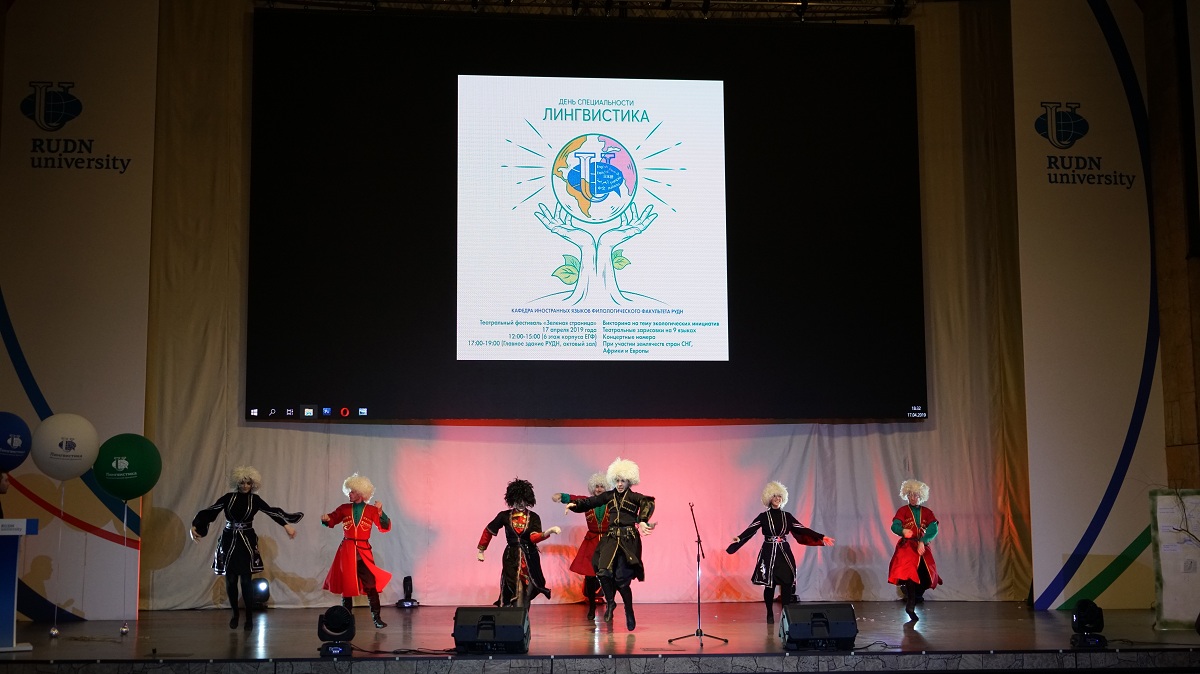 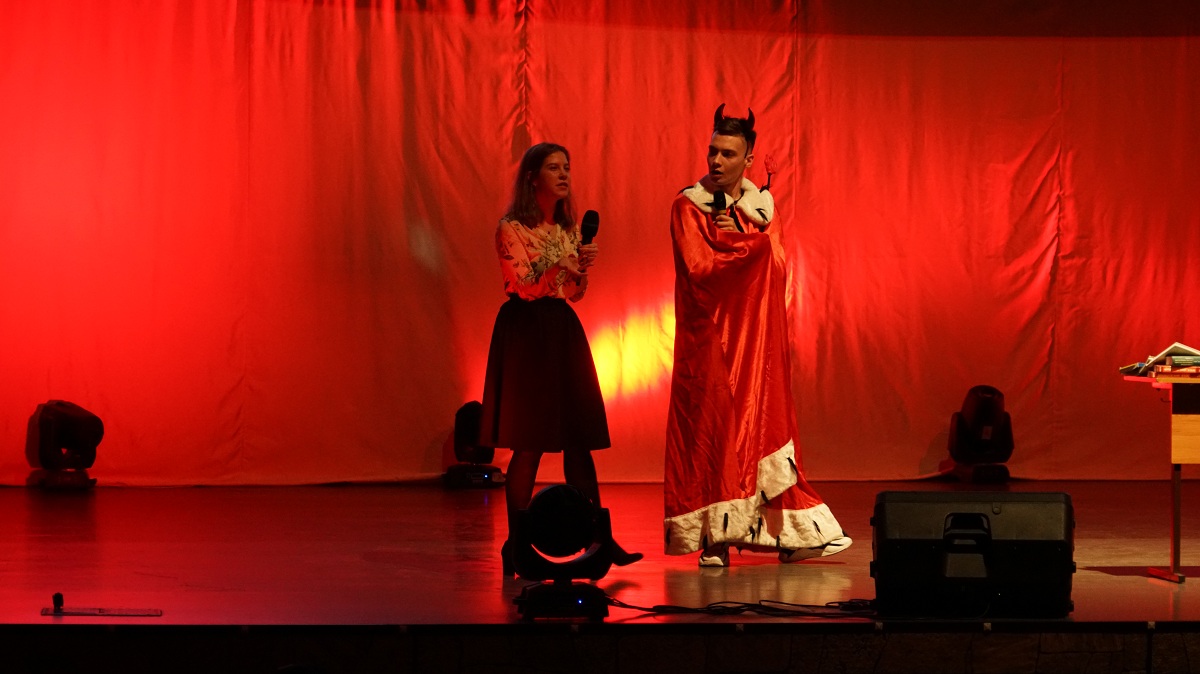 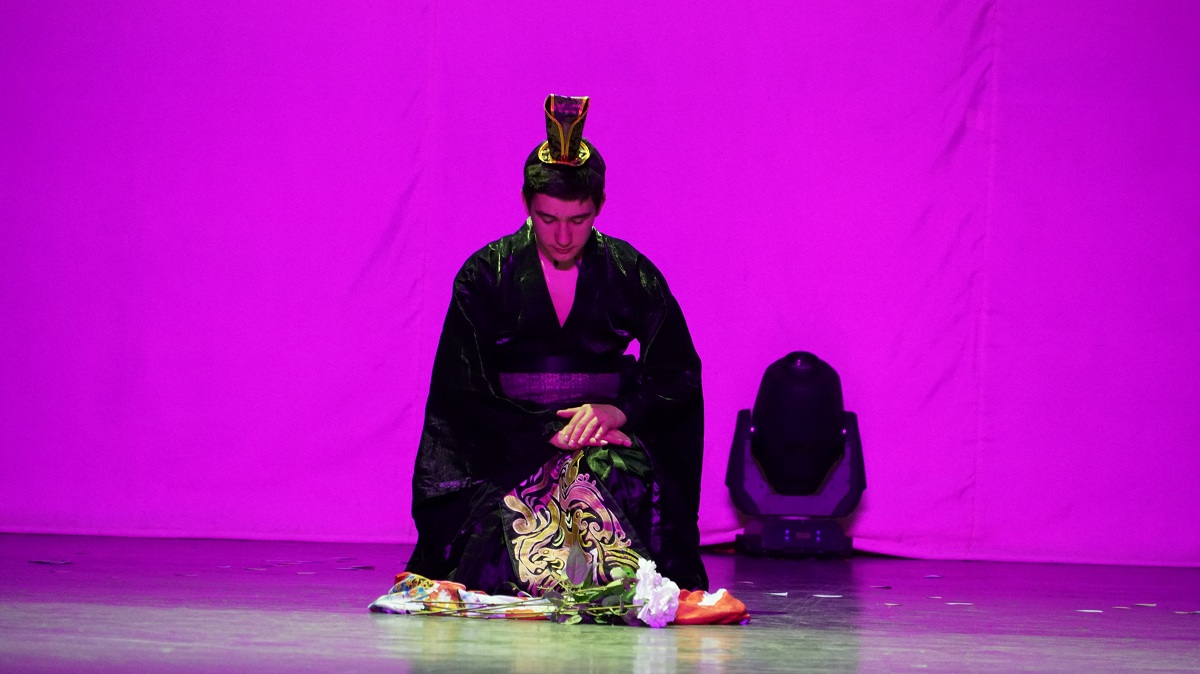 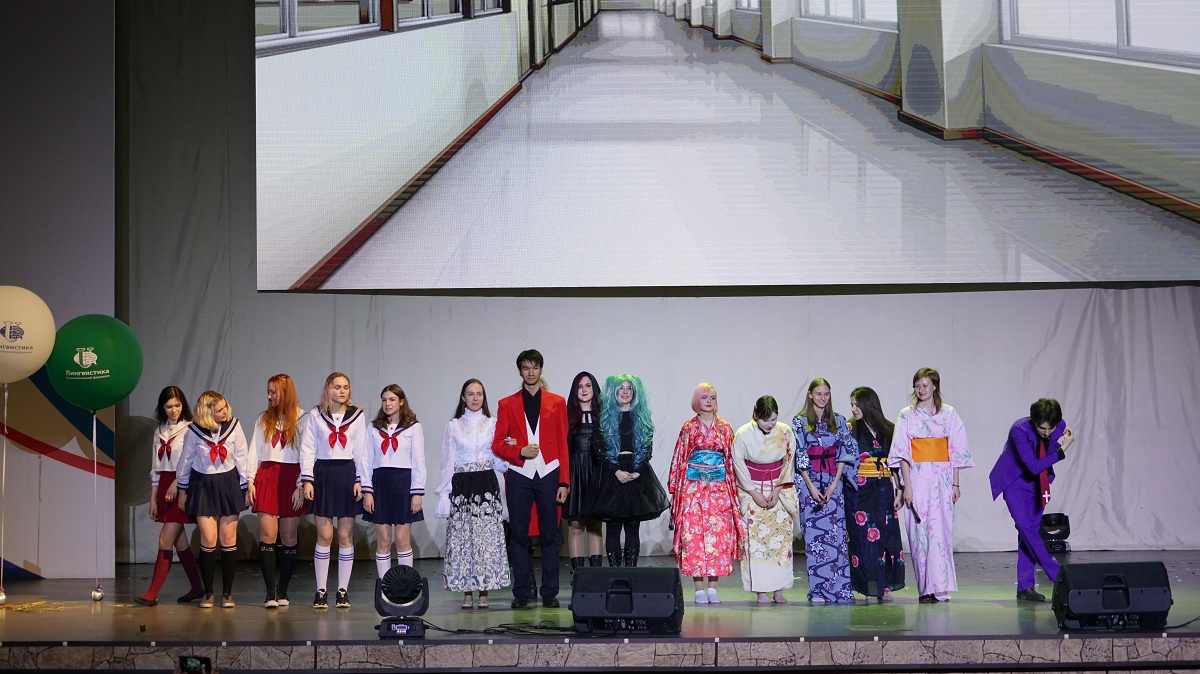 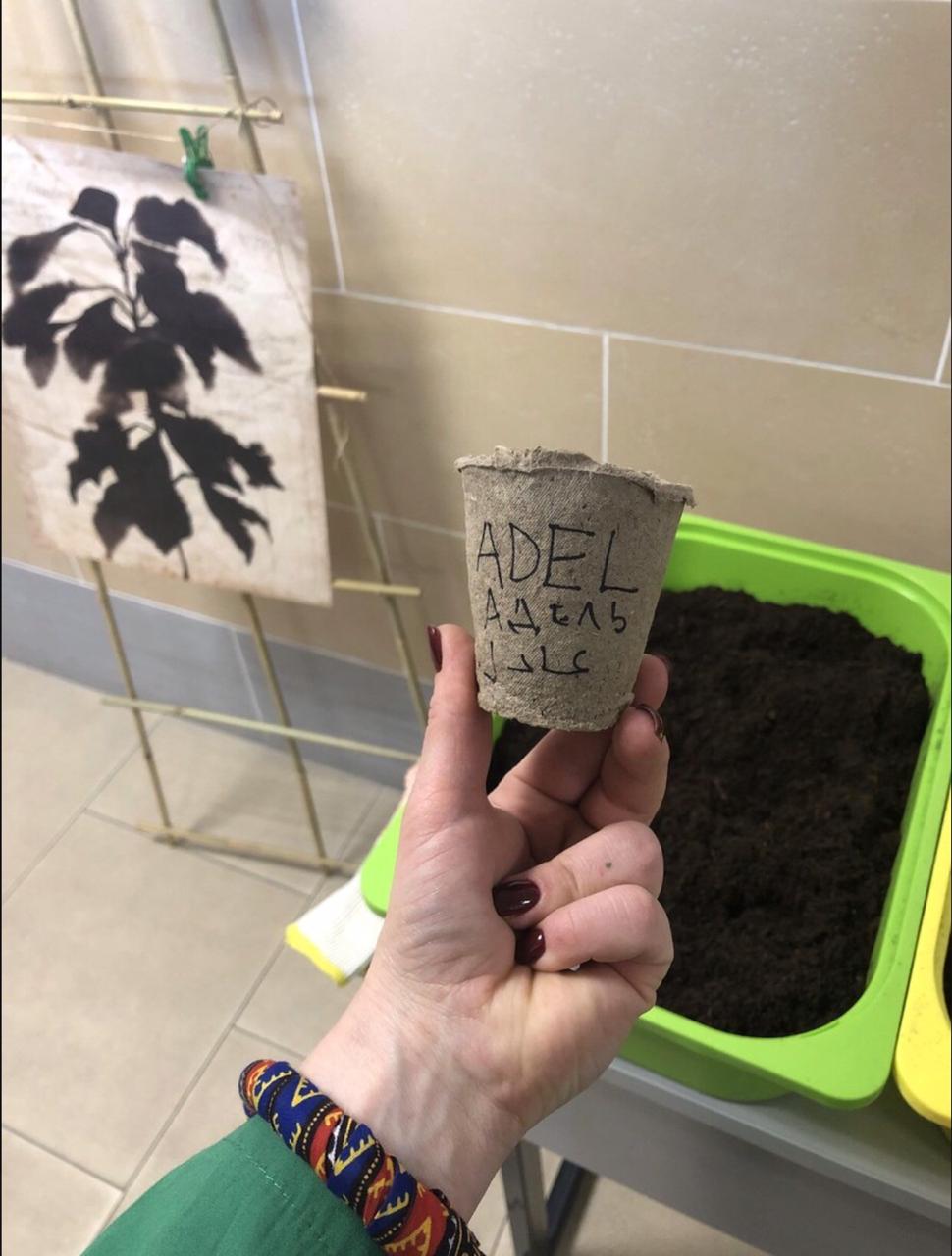 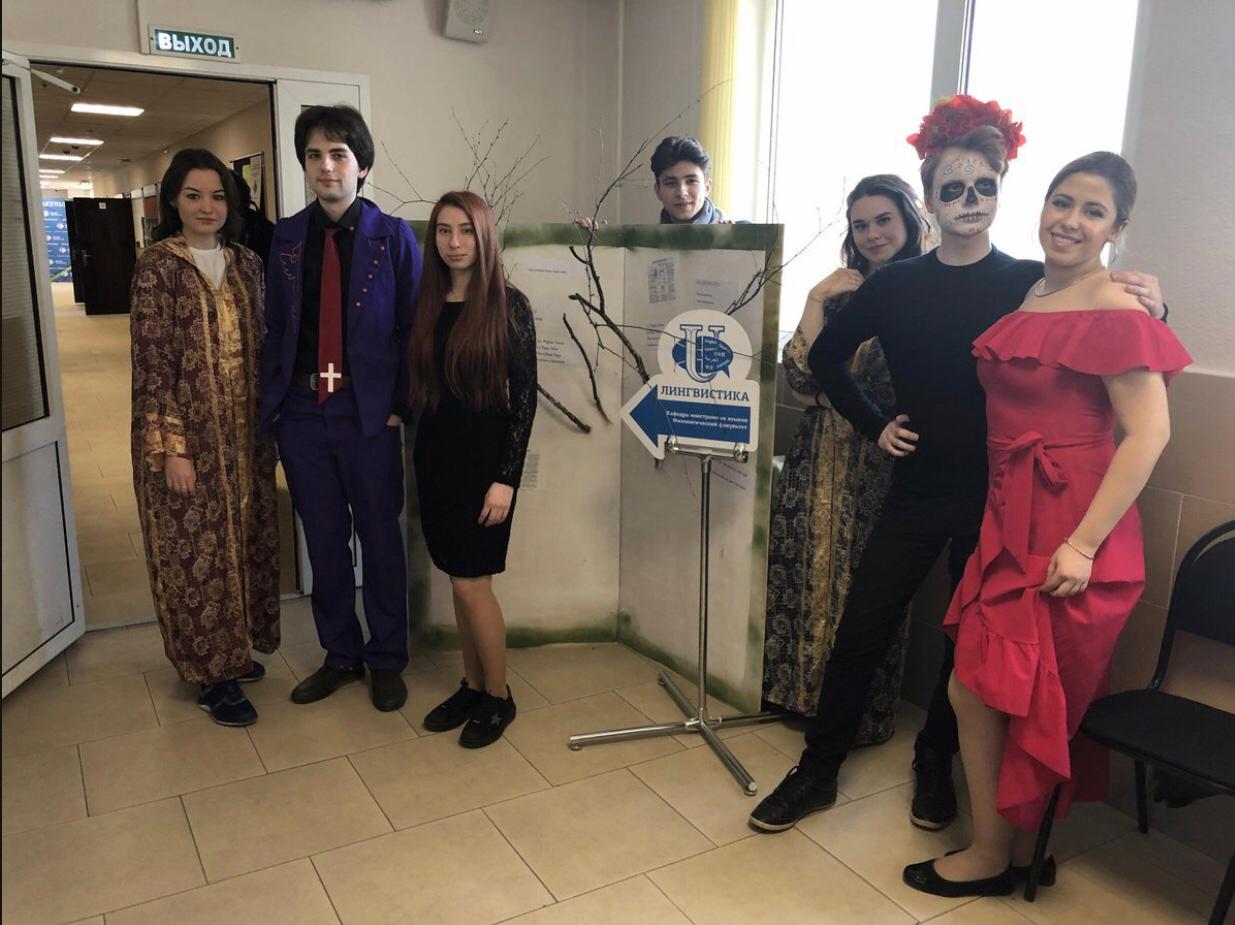 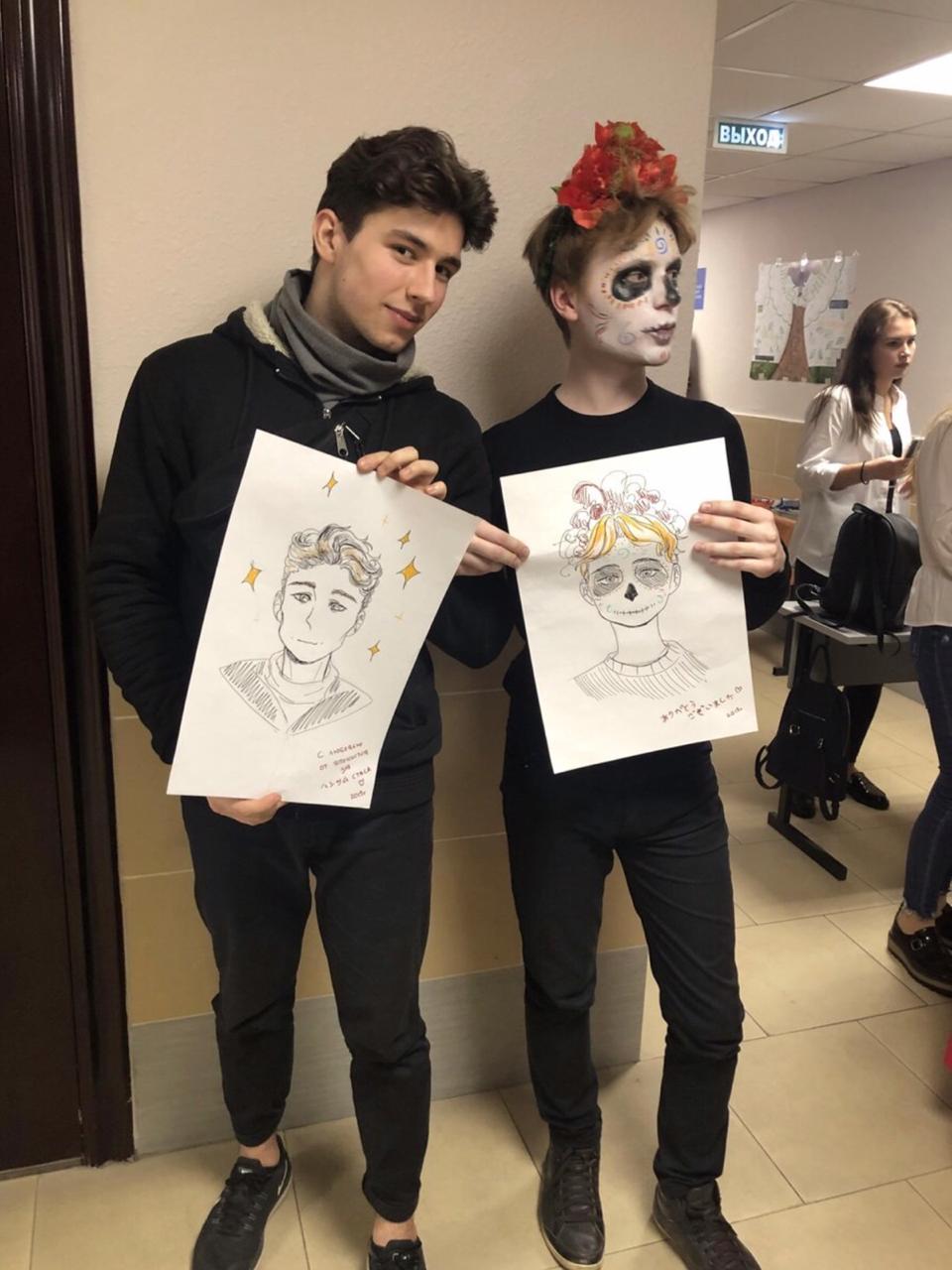 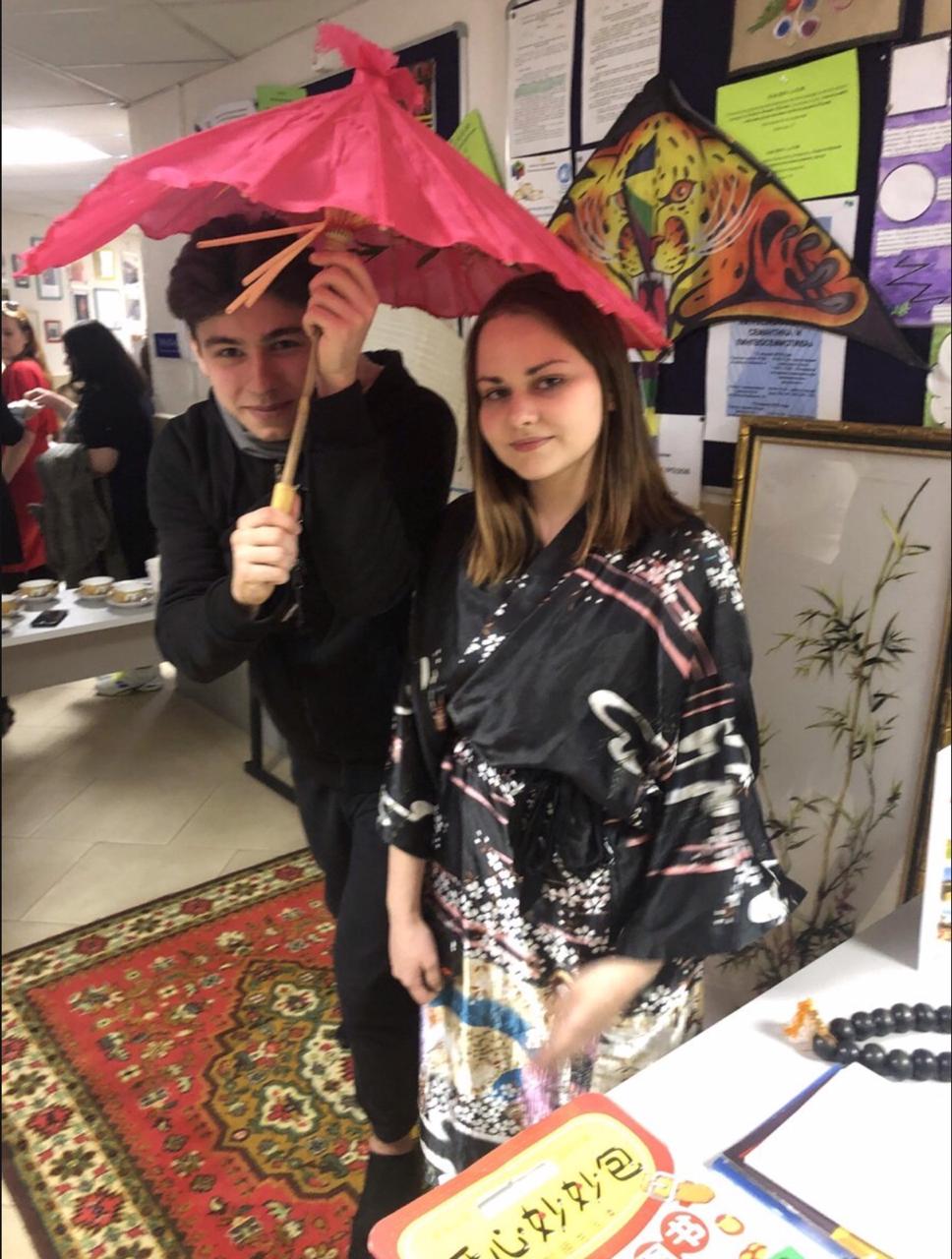 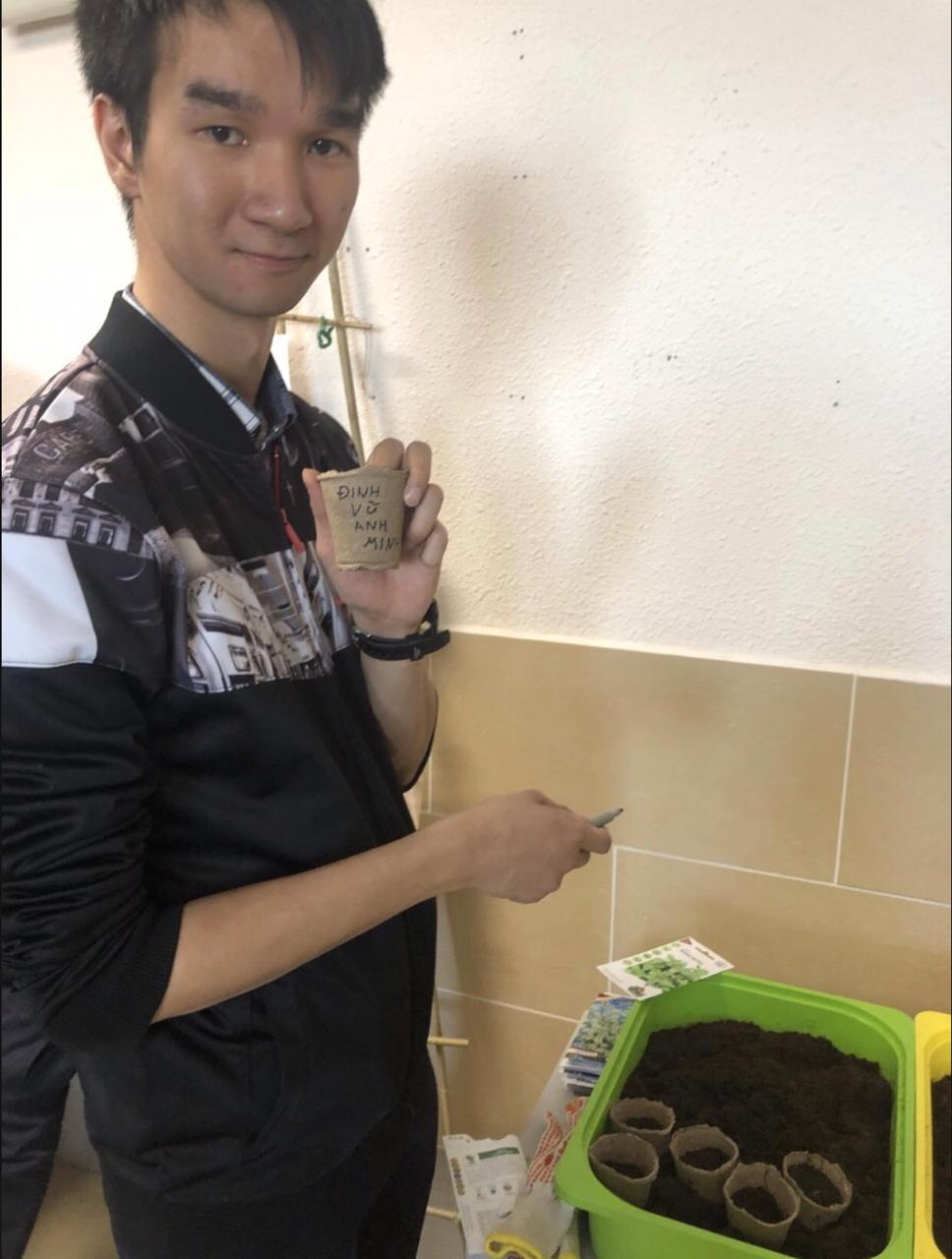