April 9, 2018, Russian President Vladimir Putin signed Decree No. 151 on awarding of outstanding scientists of the country. "For merits in the field of public health, promoting medical science and long-term conscientious work", the honorary title "Honored Doctor of the Russian Federation" was conferred on Tatyana Slavyanskaya, professor of the Peoples’ Friendship University of Russia. Professor Slavyanskaya works at the Department of Immunology and Allergology, she is Deputy Director of the Institute of Immunophysiology, professor of the International Level of the Department of Allergology and Immunology, Faculty of Refresher Training for medical professionals of the Medical Institute, member of RUDN Dissertation Council D 212.203.26, Vice President of the Union of Allergology and Immunology of the CIS, Secretary General of the World Organization on immunopathology and the Union of Physiological Societies of the CIS, president of "Interastma - CIS".

Tatiana Slavyanskaya is the author of more than 450 scientific works in leading Russian and foreign publications. following the results of 2015-2017, she became one of the most fruitful scientists in RUDN, having published more than 46 scientific papers in leading editions of Q1 and Q2, cited in Scopus and Web of Science.

Author of the book "Asthma: Comorbidities, Coexisting Conditions & Differential Diagnosis" in English, published under the auspices of the World Organization of Allergies in Oxford University Press.

One of the initiators of the creation of RUDN Center for Molecular Allergology and Immunology, the first in Russia and the CIS, engaged in innovative developments in the study of the molecular mechanisms of allergic diseases, their molecular diagnostics, and the creation of new methods for precision treatment.

Expert in the field of atopic dermatitis research, which allowed preventing complications in severe cases of the disease.

Based on the research of T.Slavyanskaya in 1983, the method of differential diagnosis of especially dangerous infections based on monoclonal antibodies and staphylococcal infection was developed and introduced into practical public health care (author's certificates for inventions obtained).

For outstanding contribution to the development of world science and international cooperation, Professor Slavyanskaya was awarded numerous honorary international awards, among them Honorary member of the American Academy of Allergology, Asthma and Immunology; Honorary member of the American College of Allergology, Asthma and Immunology; Honorary Professor of Rostov State Medical University; Honorary Professor of the World Organization for Immunopathology; Honorary Diploma and Prize of the President of the World Organization for Allergy - World Allergy Organization, Crystal Cup of WAO; Honorary Diploma of the RF Ministry of Health; Letter of thanks from the RF President. 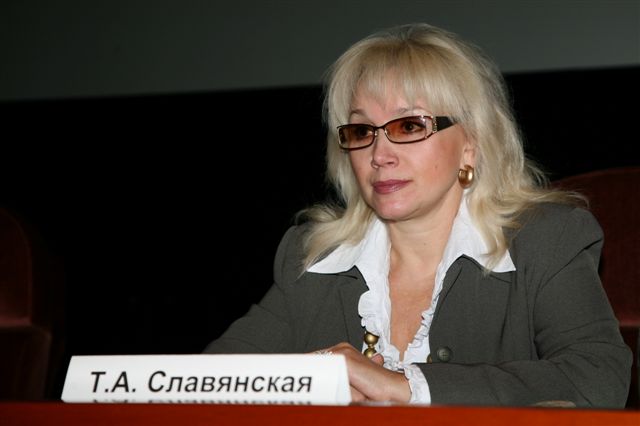