Science
1 February, more than 1,000 representatives of Russian higher school, among them over 70 rectors of the leading universities, officials of the Ministry of education and science, representatives of Higher Attestation Commission and Russian Academy of Science came to RUDN to participate in the I Professors’ Forum to discuss university environment and economics of knowledge as the main resource of innovations in the country.

The mission of the Forum is to unite representatives of research and teaching communities and promoting a constructive dialogue between them and governmental bodies.

Vice-Premier Olga Golodets stressed that the RF government is considering expanding 5-100 Program aimed at a more active positioning of national HEIs in the international educational environment and as a result having at least 5 Russian universities on the list of 100 best universities of the world. “When new technologies are introduced, problems are inevitable. We must move forward respecting what has been done by our colleagues”, said Olga Golodets.

Major speakers of the Forum also spoke about enhancing competitiveness of the Russian education. RUDN Rector Vladimir Filippov said that the Forum is going to become a site for accumulating interests of the best intellectual forces of the country in the dialogue with the government and society.

Chairman of the Russian Professors’ Assembly, member of the RF Public Chamber V.Grib said that we should unite the intellectual potential of the country. Vice-minister for education G.Trubnikov spoke about the draft federal program “Scientific and technological development of the RF for 2018-2025”, which envisages 2,5 times more financing of research by 2025 as well as structural changes in higher education – projects promoting talented youth, developing university social infrastructure, modernizing campuses and investing in labs and equipment.

At the end of the Forum a number of cooperation agreements were signed, among them an agreement between Rosobrnadzor and the Russian Professors’ Assembly. 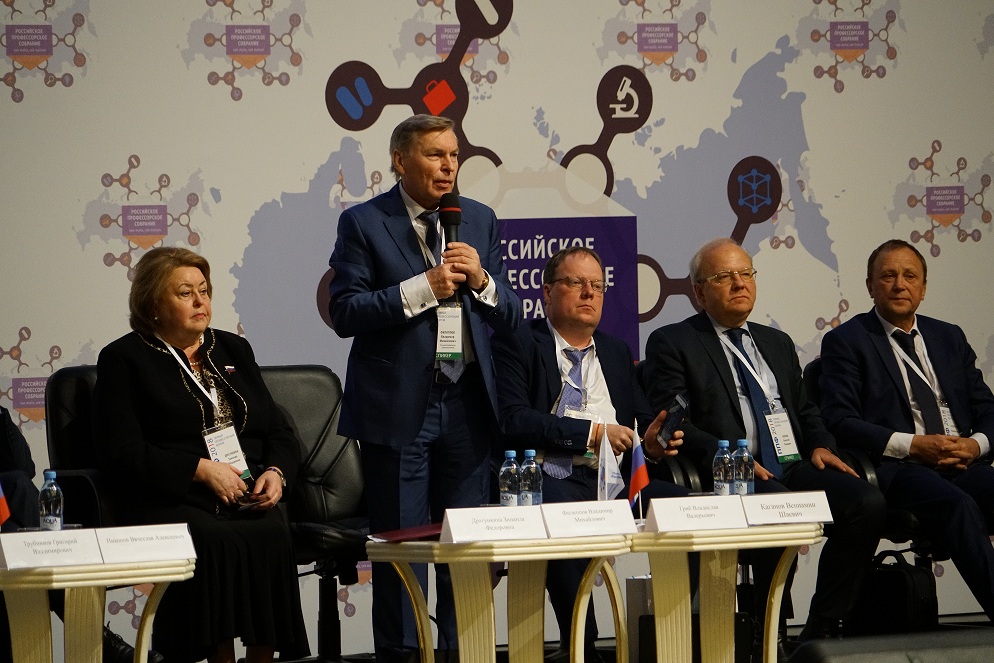 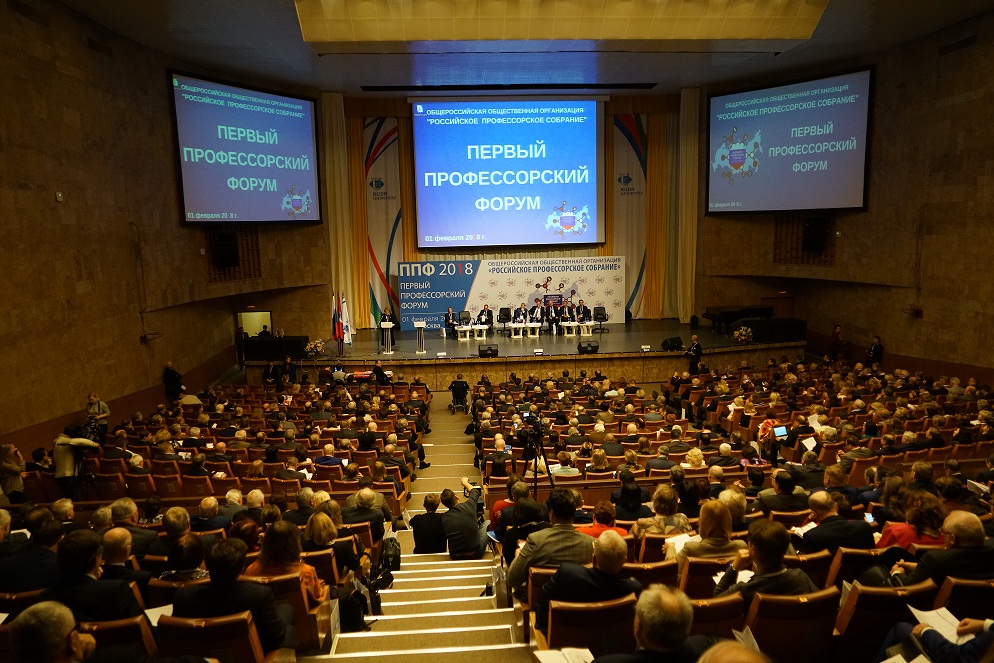 Previous news
RUDN experts to research karst ecosystems in Abkhazia
Next news
More than 1,000 guests came to congratulate a university with the largest number of international students in Russia on its 58th anniversary
News
All news
Science
RUDN Mathematicians: 5G will cope with traffic when using WiGig