Science
A team of medics from RUDN University conducted an experiment on rats and confirmed that surgeries in the nasal cavity can cause behavioral changes, namely, make the animals timider. This effect is associated with an ANS reaction triggered by stress.

A deflected nasal septum can be corrected with a simple surgery that is often performed under local anesthesia. This procedure is recommended for patients with apnoea or chronic maxillitis. However, the side effects of the surgery include inflammations and edema. These processes and breathing difficulties caused by them can affect the autonomic nervous system (ANS) that regulates all involuntary functions of our body, such as digestion, blood supply, and heart rate maintenance. It is yet unknown what parts of the ANS react to septoplasty, and what behavioral changes such a reaction can lead to. A team of medics from RUDN University carried out experimental surgeries on rats and identified behavioral and physiological reactions to them.

For their experiment, the team chose ten healthy male rats. The animals received total anesthesia, and their septums were not actually cut but just scratched. No local painkillers or anti-inflammatory drugs were used after the surgery as they could have had an impact on the animals’ ANSs. To assess the changes in their behavior, the team placed the rats in an unfamiliar environment: the so-called “open field”, a square-shaped chamber with an open and well-lit center and holes in the center and all four corners. The open field test was performed once before the surgery and three times after it (in 2, 4, and 6 days, respectively). The medics also took electrocardiograms (ECG) of the rats before and after the procedure.

A minute by minute comparison of the animals’ behavior in the open field before and after the surgery showed a considerable reduction of activity in the latter case. After the procedure, the animals were more reluctant to examine the chamber or enter the holes, stood motionless for long periods of time, left more droppings, and rarely got on their hind legs. The ECG showed that the rats’ parasympathetic nervous systems that regulate relaxation and recovery processes were more active after the surgery.

According to the scientists, such behavioral changes may be due to post-surgical anxiety as well as physiological consequences such as inflammation, edema, and pain. Because of all these factors, the animals entered a depression-like state. The inflammation and shortage of oxygen activated the parasympathetic nervous system (PNS), and recovery processes started to dominate in the animals’ bodies. Based on a combination of behavioral and physiological data, the medics concluded that the nasal cavity surgery caused the rats to experience stress.

“Before this experiment, we had worked on a study on heart rate changes in human patients after septoplasty. I believe, these two works have a lot in common. Our earlier work had also shown increased PNS activity in certain cases. Post-surgical stress is likely to cause changes in the hippocampus area which leads to altered behavior. We need further studies to identify optimal parameters of local and total anesthesia and post-surgical pain management to prevent such consequences,” said PhD Igor Kastyro, a senior lecturer at the Department of Human Physiology, RUDN University.

The results of the experiment were published in the Journal of Physics: Conference Series. 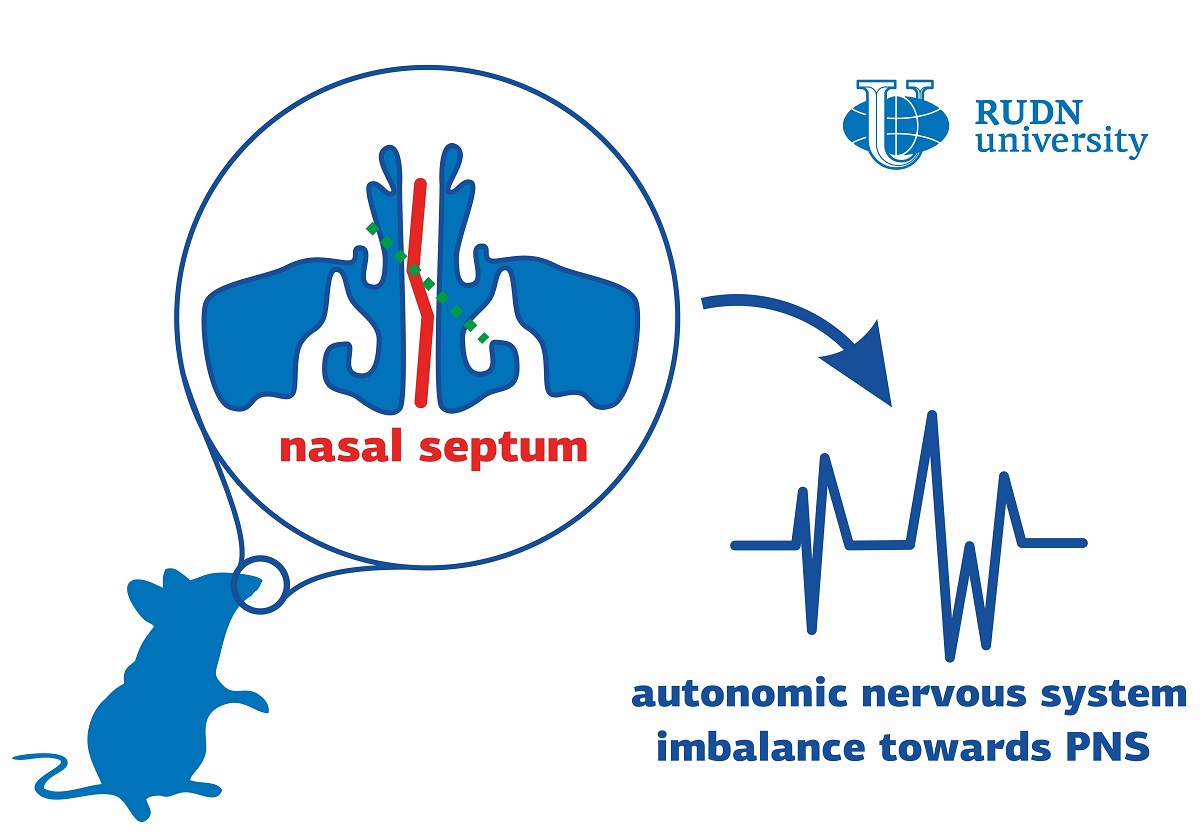 The traditional mathematical model of predator-prey relations in the wild does not take into account indirect nonlocal interactions. However, according to a mathematician from RUDN University, they affect the dynamics of predators and prey in a system, and the nature of this effect is sensitive to the initial conditions.

A team of chemists from RUDN University synthesized new organosilicon compounds containing terbium and europium ions. These complexes have an unusual cage-like crystal structure that contains four metal ions. The team was the first to study the magnetic and photophysical properties of such compounds and to observe their magnetic phase transition and luminescence properties.

A team of immunologists from RUDN University suggested a new tool to control inflammation levels in asthma patients with coexisting diseases. To obtain information about the course of the disease and risks of complications, they used different types of cytokines found in the patients’ nasal swabs.