Science
A RUDN chemist has synthesized an electrocatalyst based on gold nanoparticles with organic ligands, which can trigger both hydrogen production reactions and oxygen reduction reactions in fuel cells. The yield of products with the new catalyst was twice as high as when using a traditional platinum-based catalyst.

Catalysts based on metal nanoparticles, for example, gold or platinum, are needed for reactions in fuel cells and in the industrial production of hydrogen. If organic molecules, ligands, are attached to nanoparticles, the activity of the catalyst can be increased. However, there have been few papers that investigate the capabilities of such catalysts so far.

During the experiment in oxygen reduction reactions, the chemists found a significant effect of the type of ligand and its interaction with the gold surface on the absorption of O2 molecules. Gold nanoparticles with citrate proved to be the best in these reactions. The limiting current density of this type of catalyst – 5.58 milliamps per square centimeter – was two times higher than that of nanoparticles with other ligands. This means that with the same energy consumption, this catalyst will produce more oxygen.

In hydrogen production reactions, the best catalytic activity, as well as in oxygen reduction reactions, was demonstrated by citrate nanoparticles. Moreover, their efficiency was only half the efficiency of a platinum catalyst, which significantly exceeds the gold analogue in cost.

The study of the structures showed that gold nanoparticles with citrate lost some of their ligands, while nanoparticles with cetyltrimethylammonium bromide (CTAB) and mercaptoundecanoic acid (MUA) remained almost unchanged. This may be due to the different strength of the bonds between gold and organic ligands. To test the stability, which is one of the most important characteristics of the catalysts, all samples were tested for 12 hours under a voltage that significantly exceeded the optimum. All nanoparticles retained their structure after testing; moreover, gold nanoparticles with citrate improved their electrocatalytic characteristics. This may indicate that new types of catalysts will work effectively under continuous operation.

Due to the stability of the new catalysts, these have an interesting potential to be employed in industry in the future. The ligand exchange method developed by the chemists can find application in the synthesis of catalysts with predetermined properties suitable for renewable hydrogen-based energy sources.

The article was published in Journal of Materials Chemistry A. 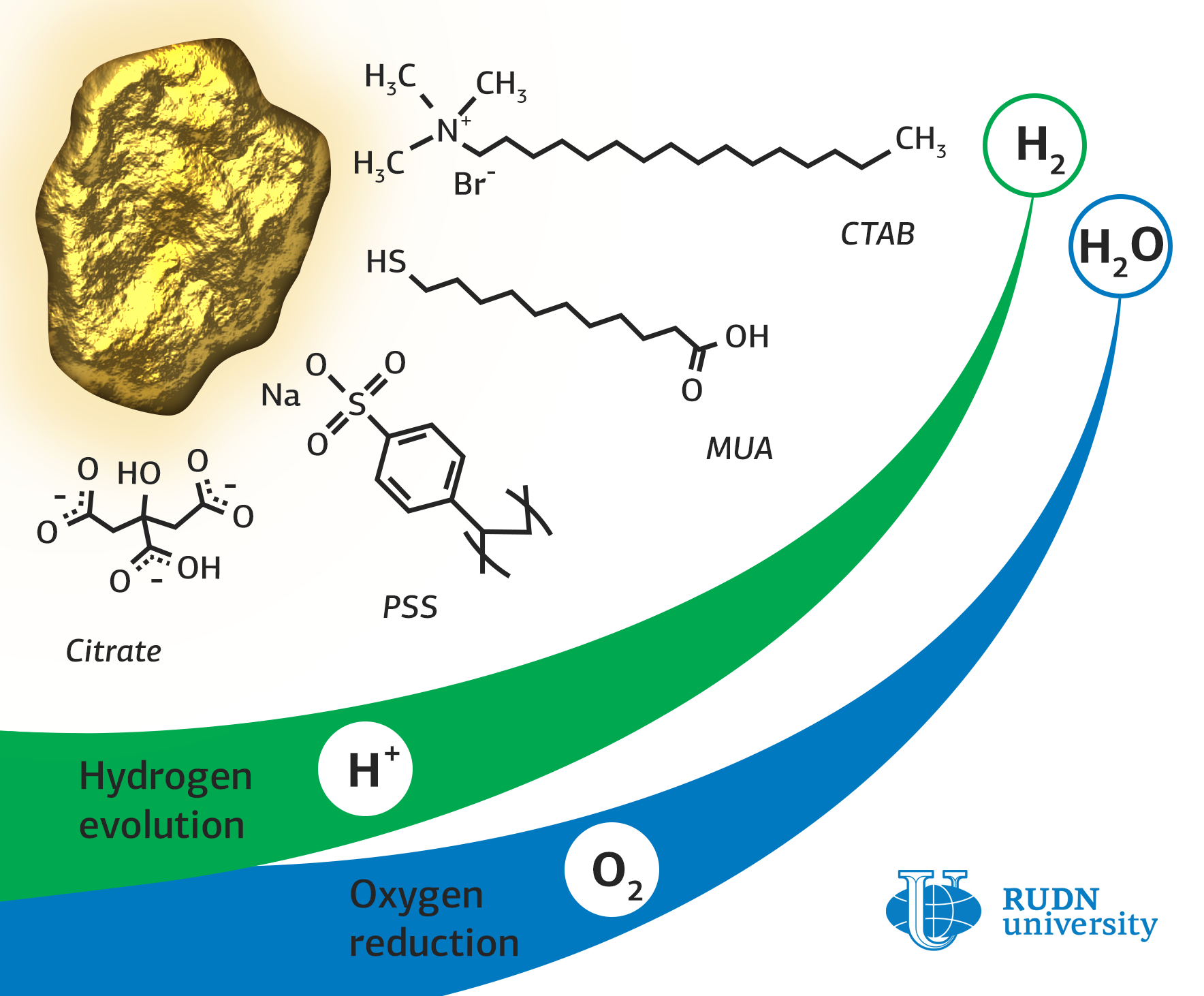 Previous news
The story of how it took one 23-year-old engineer a day to remake swimming masks into medical
Next news
RUDN University mathematicians developed a model of the movement of immune cells
News
All news
Science
RUDN Mathematicians: 5G will cope with traffic when using WiGig