The plant Parietaria judaica, which has a long flowering period, is widely spread within the territory of Mediterranean, East Europe, Australia. Its pollen causes allergy. To get rid of it, patients need allergen-specific immunotherapy. In order to create vaccine we have to reveal the most clinically significant molecules of allergen similar to the main epitopes (allergen macromolecule’s parts), which are defined by immune system as natural sources of allergy.

Roman Hanferyan, RUDN Professor, and his colleagues identified came up with artificially created by genetically engineered methods proteins Par j 1 and Par j 2 by transfection with genetic magenta in insects cells. In research papers having been published earlier it was said that it was sufficient to use Par j 1 in vaccine.

Roman Hanferyan and his colleagues obtained artificially created proteins Par j 1 and Par 2 in insects’ cells with the help of genetic magenta transfection by bacmid vector. By their physico-chemical properties these proteins turned to be more analogous to natural Par j 1 and Par j 2 from Parietaria pollen extract than explored earlier recombinant proteins, synthesized by yeast cells.

“Insects are the only object (despite eukaryotic cells, microbes, and yeast) where the so called baculovirus systems of expression are used. This allows high level of protein expression with simple glycosylation and post-translational modifications, simplicity of scaleup, and simplified cell growth. Because of similarity between post-translational modification eukaryote systems, the synthesized protein will be close (or identical) to native form of the necessary protein” — RUDN immunologist Roman Hanferyan explained.

To understand whether any of two pollens can substitute another one, the biochemists explored the ability of Par j 1 and Par j 2 to cross-interconnection with immunoglobulin Е. Immunoglobulins Е are the main class of antibodies responsible for hypersensitivity reactions. The analysis of experiments showed that immunoglobulins Е in blood serum after its preliminary incubation with one of the proteins, interact with another one as well. Researchers concluded that though allergens Par j 1 and Par j 2 are similar, they don’t interchange each other. Thus Parietaria pollen allergy vaccine should include both pollens.

The biochemists verified to what extend the obtained molecules of pollens represent the variety of allergenic epitopes of Parietaria. For this artificial allergens Par j 1 and Par j 2 were mixed with species of allergic patients’ blood serum tests. Then the quantity of residual immunoglobulins Е having connected with the added natural pollen extract was measured. The proteins Par j 1 and Par j 2 mixture almost completely prevented binding between immunoglobulin Е and Parietaria pollen extract. Professor Hanferyan came to conclusion that these two pollens match to the natural spectrum of allergic pollen molecules’ epitopes.

Tests of basophiles in vitro activation proved the capability of recombinant Par j 1 and Par j 2 to cause allergy. Hence, it can be presumed that in vivo they will exhibit allergenic activity.

At present effective vaccines on the bases of artificially obtained allergens to cure hypersensitivity to birch and grass pollen are already available, but there are no vaccine for Parietaria. The joint discovery by Professor Hanferyan and his colleagues from Russia, Austria, Italy, and Spain initiated the study of new vaccine, but the production timescale has not been defined yet. Ahead are pre-clinical study.

The article is published in the journal Scientific Reports. 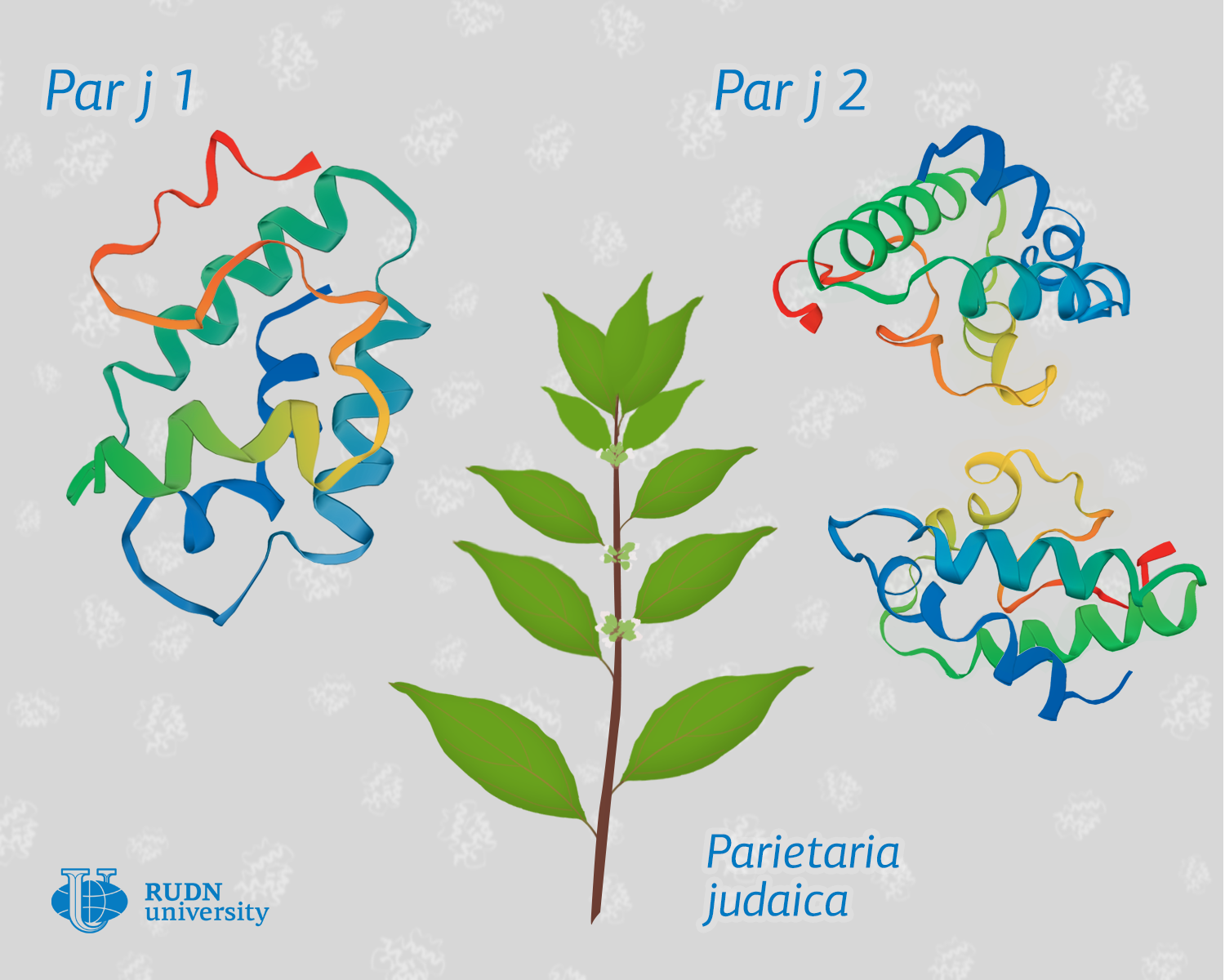 Previous news
A chemist from RUDN came up with a new catalyst for fuel synthesis
Next news
The academic year starts on September 1. Study mode in the first semester
News
All news
Science
RUDN University Chemists Create Substances for Supramolecules Self-assembly