Science
A biophysicist from RUDN University and his colleagues modelled the molecular dynamics of growth of microtubules, the most important elements of cell activity. The researchers have built a model for the interaction of microtubule subunits, which takes into account their internal and external connections. The results will help form a more complete model of the dynamic instability of microtubules. It will allow choosing chemical agents for the treatment of certain diseases, including neoplasms and neurodegenerative pathologies.

Microtubules are important components of the cytoskeleton; they are responsible for cell division and development. The structural unit of a microtubule is a tubulin dimer, which is assembled into a larger component, a protofilament. Two types of molecules are also distinguished in the structure of tubulin dimer: GTP (guanine triphosphate) and GDF (guanine diphosphate). It is now believed that the process of replacing GTP molecules with GDF molecules affects the dynamics of microtubule assembly and disassembly processes. These processes lead to the so-called dynamic microtubule instability, which determines the intracellular transport and the process of chromosome separation during cell division.

Ilya Kovalenko from RUDN University developed a computer model based on molecular and Brownian dynamics, which takes into account external and internal interactions of tubulin dimers. Each dimer is involved in two types of external interactions: lateral (between adjacent dimers along the microtubule ring) and linear (between adjacent dimers along the microtubule filament). The model allows one to dynamically visualize the shape of both individual protofilaments (tubulin filaments) of different lengths and protofilaments included in the microtubule wall.

“Brownian dynamics allows us to model large structures at large time intervals, and molecular dynamics allows, along with electrostatic interactions, taking into account interactions with solvent molecules, as well as local and global changes in tubulin”, said Ilya Kovalenko, biophysicist at RUDN University.

Microtubules are quite durable and their rigidity is comparable to that of organic glass. The degree of rigidity of a microtubule is affected by the percentage of GTP dimers and GDF dimers. GDF-bound dimers always tend to bend out of the microtubule wall. If this happens, the integrity of the wall is violated and the process of its disassembly begins, which will directly affect the degree of rigidity of the microtubule. The GTP dimers, which “pull” the GDF dimers and prevent them from bending, protect from these deformations of the GDF dimers. Previously, it has been shown experimentally that the presence of GTP dimers affects the rigidity of a microtubule, however, the details of how this process works remain unclear.

The model developed by Ilya Kovalenko and his colleagues demonstrated how the length of the free filament of protofilament affects the degree of its rigidity: the growth of the filament based on tubulin dimer with time leads to deviation and twisting of only the end region of the filament from the position of the centre of mass of the dimers. Such a change in shape is associated with the influence of longitudinal external bonds between tubulin dimers. This is observed in dimers with both GTF and GDF molecules.

The scientists also concluded that the type of molecule (GTP or GDF) affects the degree of flexibility of external, but not internal bonds of an individual thread. Prior to the replacement of GTP in tubulin dimer with GDF, its external bonds are weaker than the internal ones by the amount of bonds with one phosphate group. When new tubulin dimers are inserted into the microtubule wall, it is energetically more efficient for the wall to straighten free curved protofilaments with GTP molecules than more rigid ones with GDF molecules.

However, the difference in the degree of protofilament resistance to straightening in dimers with GTP and GDF molecules is not as significant as was previously thought. This casts doubt on the decisive role of the process of replacing GTP molecules with GDP in a tubulin dimer.

If we add to the cell’s internal environment drugs that slow down the process of attaching tubulin dimer strands not only with GTP molecules, but also with GDF molecules, microtubule growth can be slowed down. Such chemical control of the tubules allows neoplasms and neurodegenerative diseases to be treated.

The article was published in the journal PLOS Computational Biology. 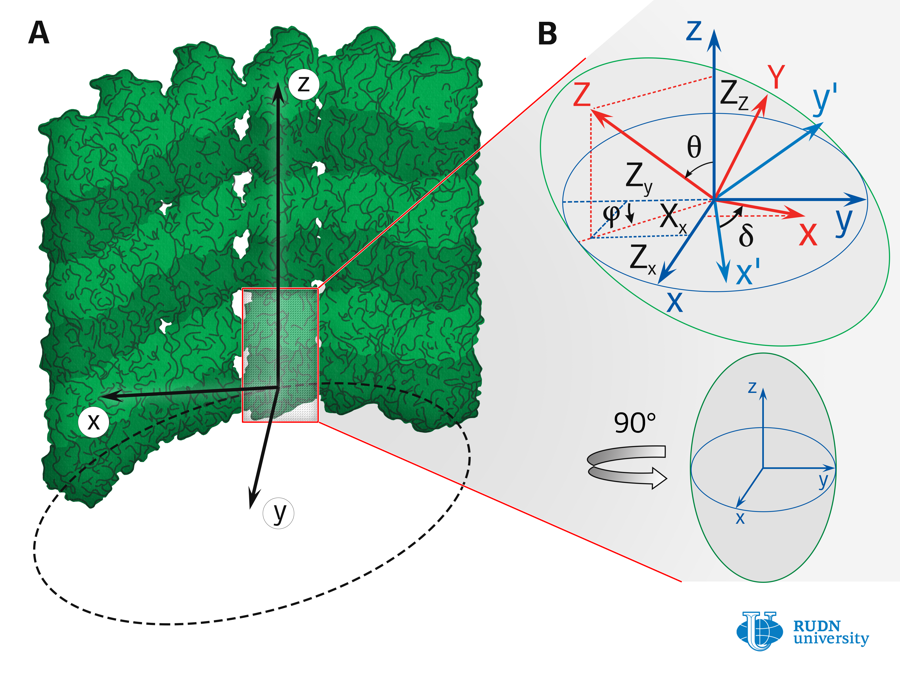 Previous news
2,500 athletes, 64 cities - participants and 1 winner - RUDN University volleyball players!
Next news
The first in the history of QS "Languages and Migration in a Globalized World" subject summit on modern languages and linguistics held at the RUDN University in December 2020
News
All news
Science
RUDN University Chemists Create Substances for Supramolecules Self-assembly