Soil bacteria have a significant impact on the state of the ecosystem as a whole: the availability of nutrients — nitrogen, phosphorus, carbon, plant growth and reproduction-depends on them. Land use changes the microbial composition of the soil, which affects и the entire ecosystem. ЗGlaciation also affects the microbial composition of the soil и in karst regions — ecosystems that were formed under the influence of leaching and leaching of rocks by water. The RUDN University soil scientist, together with colleagues from Germany, China and France, for the first time conductedрdetailed studies and found out which bacteria resist changes and how this affects the cycle of elements in the soil.

“ДIt is still unknown how the microbial community regulates the ecosystem’s resilience to land useю. We measuredили the indicatorsи, that are responsible for the carbon, nitrogen and phosphorus cycle in the karst and assessed the stability of karst ecosystems”, — Doctor of Biological Sciences YakovKuzyakov, is avisiting researcher at the Center for" Smart-Technologies for Sustainable Urban Development in the Context of Global Changes " of the RUDN University.

For the experiment, soil scientists took soil samples from four ecosystems in southwest China’s Guizhou Province: a primary forest untouched by humans; a secondary forest that grew on the site of former agricultural land; free land and cultivated fields. People did not cultivate free land for 6 years, and the territory of secondary forest-for more than 15. The climate of all ecosystems is the same — subtropical monsoon, with an average annual temperature of about 15 degrees Celsius. Scientists collected 10-15 soil samples up to 10 cm deep from six locations in each ecosystem. The samples were cleaned of roots and stones and sifted. Some of the soil was dried to measure mineral composition, and the rest was frozen at −80 degrees to study microbial composition.

Soil scientists identified 13 characteristics by which they estimated the cycle of elements: the amount of enzymes, salts and elements in the composition of organic residues. In total, they gave a generalized dimensionless index, which shows how much the ecosystem can resist human intervention. The calculated resistance was then compared with the microbial composition of the soil. It turned out that, for example , the resistance in a secondary forest compared to free land is 77% higher for the carbon cycle, but 17% lower — for nitrogen. Moreover , inthe o secondary forest, the main contribution to the resistanceиto entry is made by the t group of bacteria Proteobacteria, and on free and cultivated land — Verrucomicrobia.

"Our results showed the existence of close links between the composition of the microbial community and multifunctional stability in various karst ecosystems, and also allowed us to understand the importance of the composition of the microbial community in the restoration of ecosystems after human intervention—"биологических наук Яков Kuzyakov, is avisiting researcher at the Center for" Smart-Technologies for Sustainable Urban Development in the Context of Global Changes " of the RUDN University.

The results are published in the European Journal of Soil Biology. 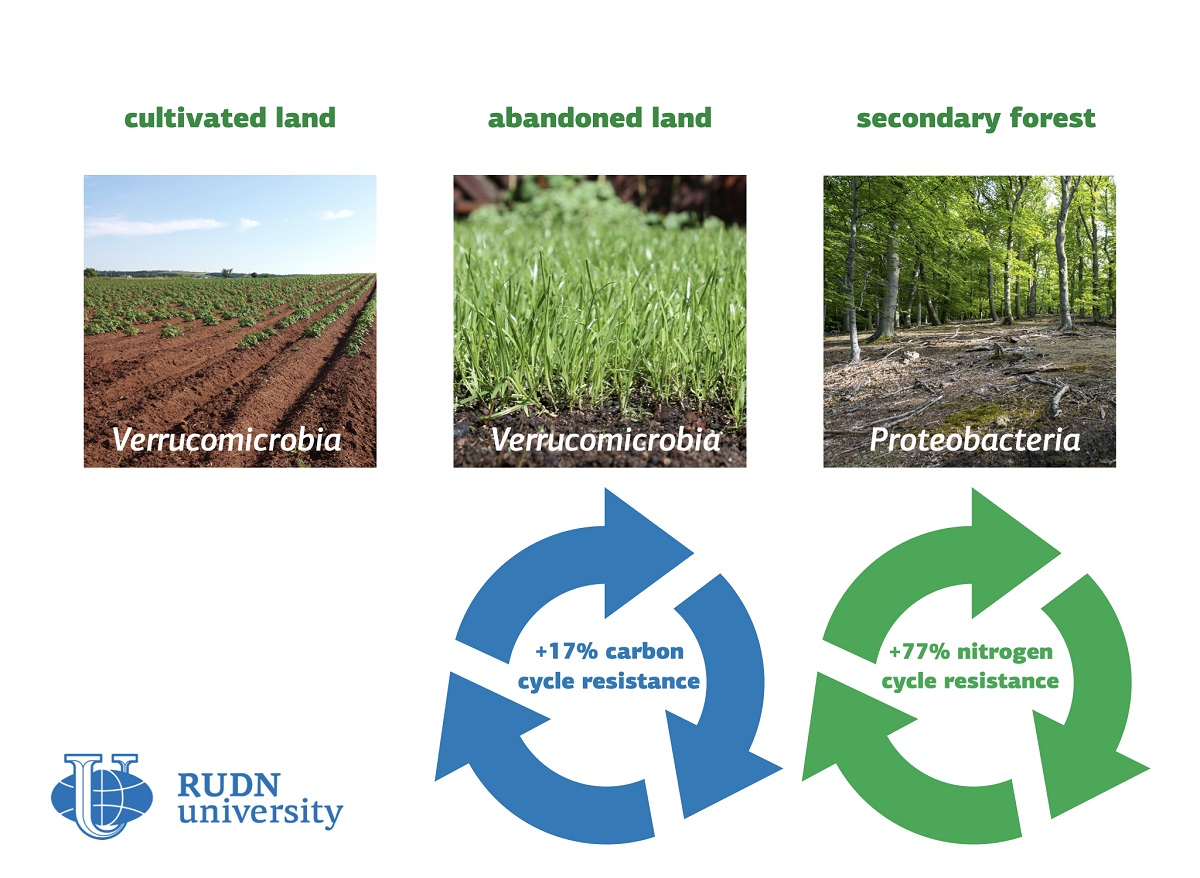