Science
A team of soil scientists from RUDN University organized a summer school to study urban soils in 5 climatic zones. Students from Germany, Russia, China, and the USA spent two weeks analyzing the state of soils and vegetation in cities and towns all the way from the Barents to the Azov Sea. The results of their study confirmed the effect of urbanization on the soil such as decrease of soil acidity, increase of carbon concentrations, and shrinkage of tree trunks by 40% — 60%.

Soil scientists from three countries organized the first international summer school of urban soil studies in the world. Its participants had a chance to work in five different climatic zones in the European part of Russia, from tundra to dry steppes. The organizing team included the RUDN Department of Landscape Planning and Sustainable Ecosystems, International Union of Soil Sciences, and Urban Soils Institute (USA). During the two-week-long school students and postgraduates from Germany, Russia, China, and the USA traveled 3,000 km and studied the effect of urbanization on soils and vegetation. A methodical learning framework developed by the team of the school will be used for future practical courses.

“The idea of our summer school is to teach through practice. The learning framework provides active communication between students and professors and joint projects give the participants many valuable skills, such as data processing, team collaboration, analytical competencies, and the ability to effectively articulate their results. This comprehensive approach is based on the interchange of not only professional but also social and cultural practices, and it is extremely useful for young scientists. The feedback that we received from the participants proves it,” says Anastasia Konstantinova, PhD in Social Sciences, and an employee of the Research Laboratory “Smart Technologies for Sustainable Urban Development under Global Change” at RUDN University.

The summer school was the first ever to cover such a vast territory; fieldwork was carried out in 12 cities and towns from the Barents to the Azov Sea. The lecturers included experts in plant science, geochemistry, soil science, ecology, climate studies, and geology. At every stop along the route, the students had a chance to talk to local specialists. The participants learned about different types of soils, from tundra ashen gray to steppe black. In each region, the students evaluated soil composition, the level of CO2 emissions, heavy metal concentrations, soil temperature, and moisture, as well as analyzed the characteristics of trees in urban parks and public gardens.

The data collected during the school confirmed many existing concepts regarding urban soils. In all climatic zones, the so-called heat island effect was observed in the cities (i.e. urban soil temperatures were higher compared to those of virgin land soils). Regardless of the region, urban soils contained pieces of brick, plastic, and other waste, had higher levels of organic carbon because of accumulated waste and contaminated waters, and showed reduced acidity levels due to the constant deposition of construction and industrial dust. The students also collected verifiable data confirming the negative impact of roads and other anthropogenic activities on tree trunk diameters: the trees turned out to be 40% to 60% thinner in crowded parks and on contaminated soils.

“One of the main goals of 3MUGIS was to show our students the diversity and complexity of natural and anthropogenic factors that affect the formation of urban soils in different environments. The school managed to combine teaching and research, fieldwork and expert consultations, guided projects and self-managed teamwork, thus allowing the students to learn many methods and techniques on a profound level,” added Viacheslav Vasenev, PhD in Biological Sciences, a coordinator of the project, and a researcher at the Research Laboratory “Smart Technologies for Sustainable Urban Development under Global Change” at RUDN University.

The results of the study were published in the Journal of Environmental Quality. 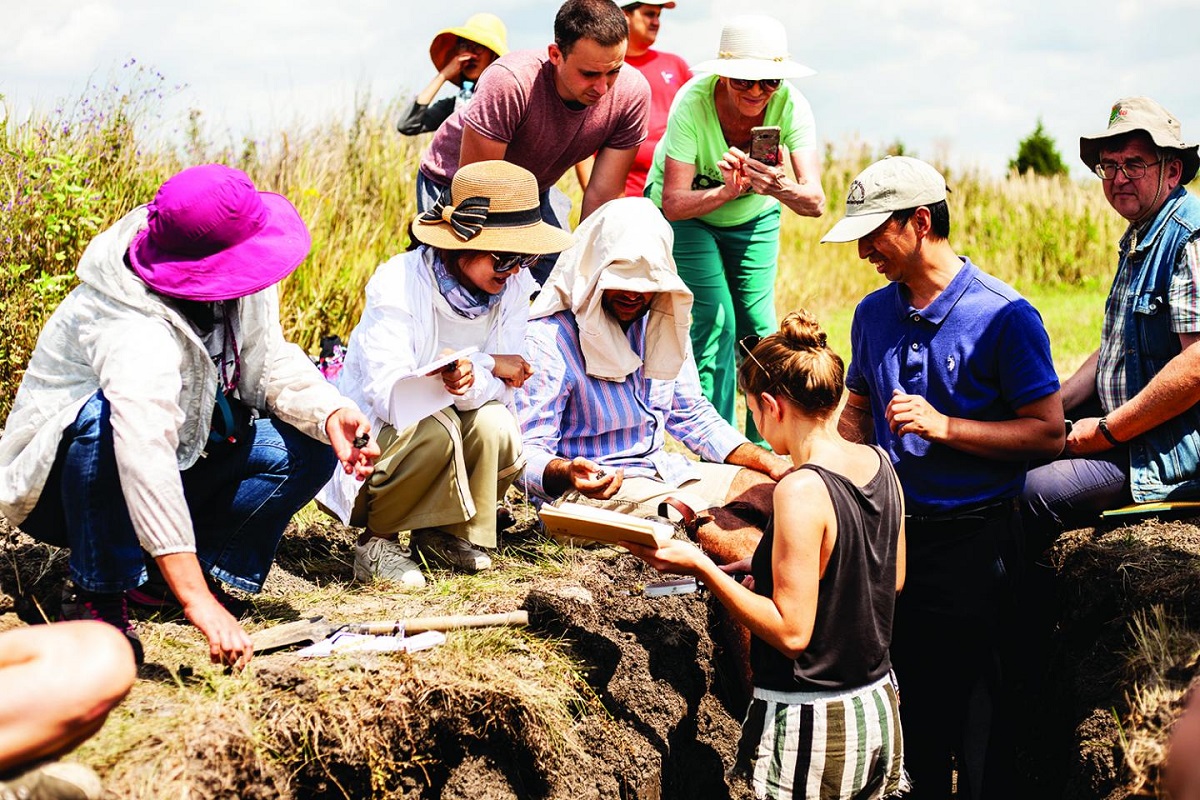