Science
A mathematician from RUDN University developed a matrix representation of set functions. This approach is vivid and easy to check, and it makes the calculations easier. Among other things, the new development can be applied to cooperative game theory.

Specialists in cooperative game theory study methods of complex decision-making in situations with multiple criteria. In such a situation, groups (or coalitions) of players have to come up with a decision that is the most profitable for all of them. Set functions are one of the tools used to work with cooperative game theory. In these functions, the input data are sets of elements that can have different values. Simple explicit questions are quite rare in real life; therefore, the data on different elements can support or neutralize each other. Combinations of elements called coalitions can assume their own values. To work with this apparatus, scientists require an intuitive mathematical language. A mathematician from RUDN University suggested his approach to it

“Our contribution to the mathematical language of cooperative game theory is based on the familiar notions of matrices and vectors. We have developed a formal approach to manipulations with set functions based on linear algebra. Our results can be practically applied to multicriteria decision analysis, group decision-making, operations with dependent goals, economic theories based on cooperative games, and aggregate functions theory,” said Prof. Gleb Beliakov, a Candidate of Physics and Mathematics from RUDN University.

Prof. Beliakov wanted to develop a universal approach that would make expressions equally understandable and convenient for mathematicians, engineers, economists, and specialists in computer science. The best option for it was linear algebra operations based on matrices. Operations with matrices are included in most software packages and are also useful for parallel computations

The scientist obtained matrix expressions by transforming a derived set function expression. A derived function shows how a function transforms when its variables change. Having calculated a derived function, a specialist can give an accurate analysis of a certain situation. In linear algebra, treating an exponential set this way can simplify calculation methods and support effective implementation of many formulae in software. Prof. Beliakov also suggested new formulae for finding the Shapley vector—a version of ‘fair division’ in which the profit of each player is equal to their average contribution to respective coalitions. The new method makes it easier to obtain the Shapley vector in practical applications.

The results of the work were published in the Information Sciences journal. 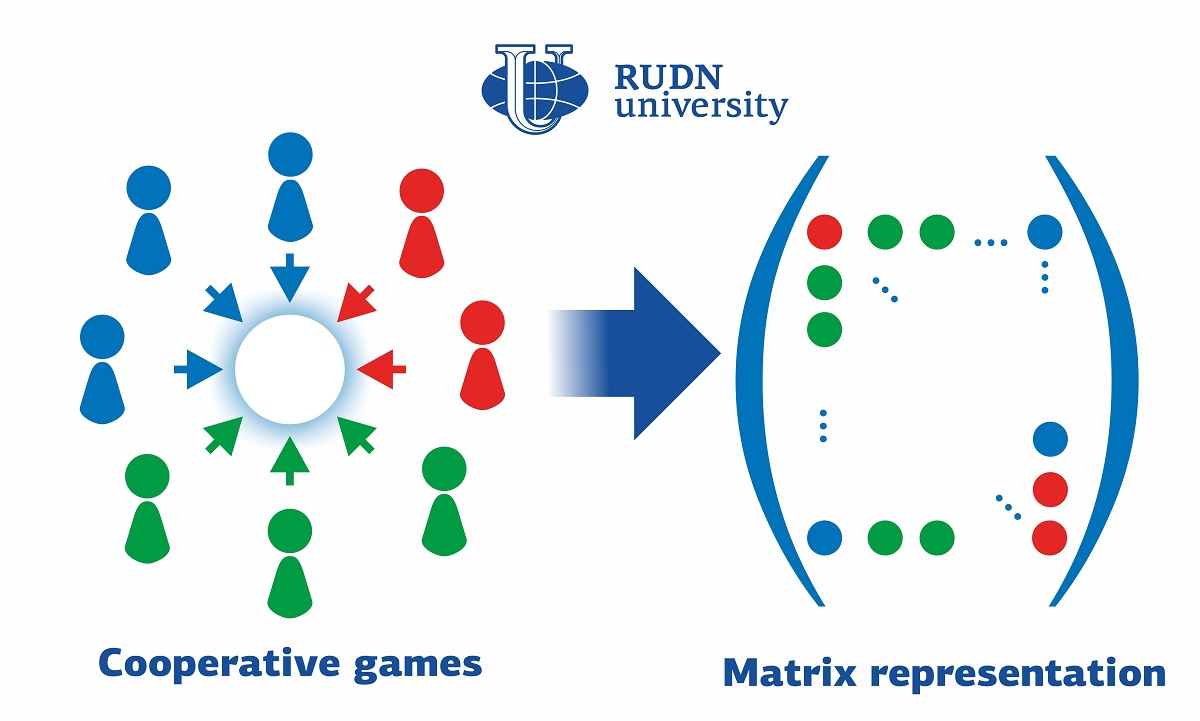