Media
News
Science
“Students from European countries are convinced that the police in their countries act strictly within the framework of the law,” - Maria Simonova, Director of the Educational and Scientific Institute of Comparative Educational Policy of RUDN University

“Students from European countries are convinced that the police in their countries act strictly within the framework of the law,” - Maria Simonova, Director of the Educational and Scientific Institute of Comparative Educational Policy of RUDN University

Science
Maria Simonova, Director of the Educational and Scientific Institute of Comparative Educational Policy at RUDN University presented a study “Trust in the judiciary and state systems as the main characteristics of civil and civil liberties in modern society” at the XI International Conference of Applied Research in Politics, Economics, Social Sciences and Technology (ARICPEST) 2019 in London. Studies show that in the modern world the topic of public security, for which citizens are willing to sacrifice part of their personal freedoms, regardless of the characteristics of their political system and culture, can become the “starting point” of international socio-political discourse.

The report of Maria Simonova was recognized as the best at the conference.

“This presentation makes a huge contribution to the agenda of today's conference, the topic is important and should be discussed further,” said Edward Bays, Chairman of the Conference. 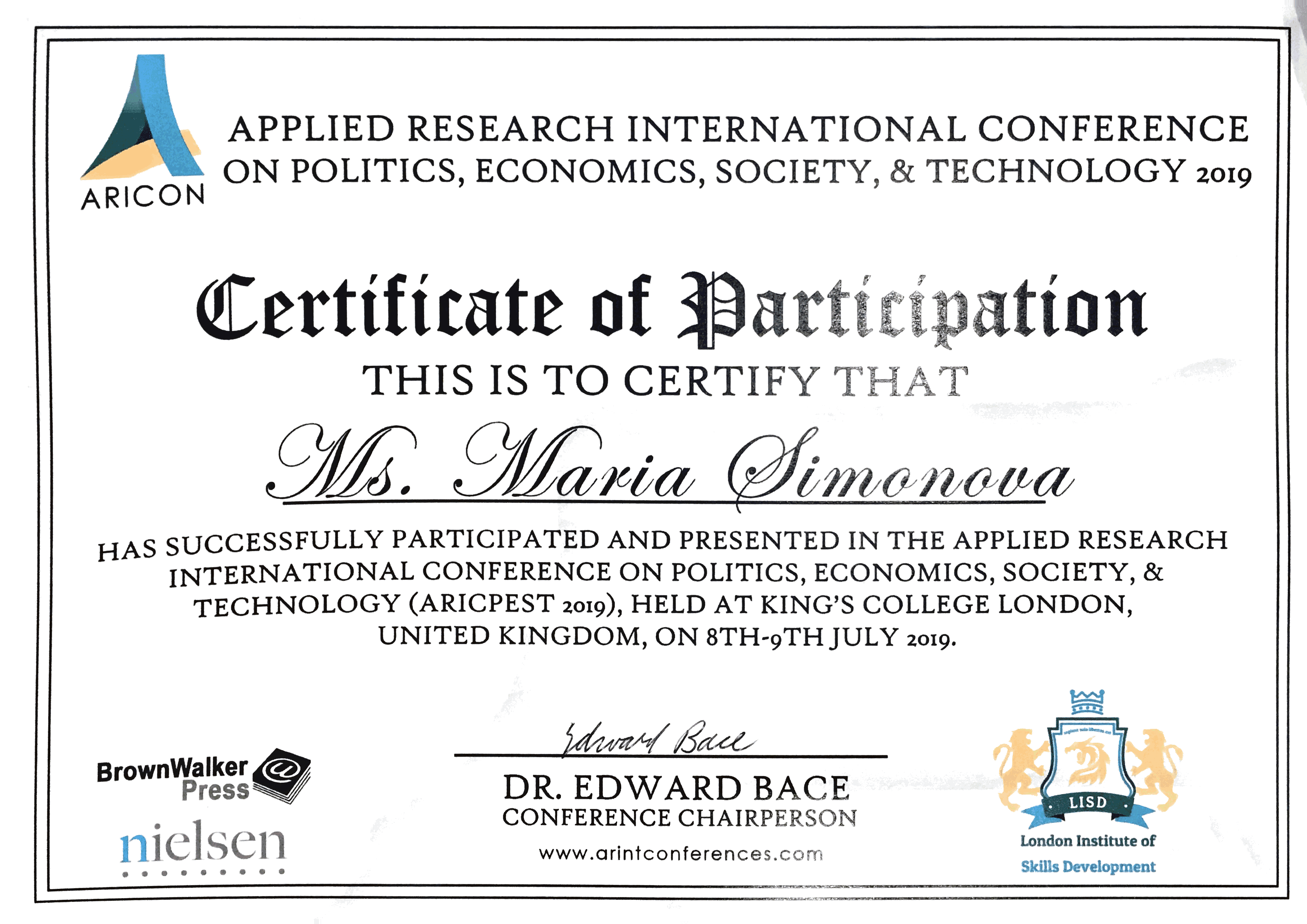 Previous news
Students of the Faculty of Economics of RUDN University in practice at Sberbank
Next news
Postdoc from the Тomsk State University visits the Institute of Applied Mathematics and Communications Technology of the RUDN University
News
All news
Science
RUDN Mathematicians: 5G will cope with traffic when using WiGig